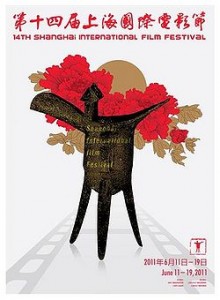 How many times can someone cry in your average movie before it starts losing meaning?  Ten might be pushing it.  Lin Wei’s Wake Up is so tearful that dry eyes are a rarity.  Melodramatic might not be the word here. Histrionic?  Maybe.  Hysterical?  Possibly.  Laughably lachrymose?  Definitely.

The beginning of Wake Up sets it as a thriller. Shi (Zhang Jianguo), a middle-aged taxi driver, is mysteriously following an unnamed young woman.  He ignores potential fares, gets kicked violently out of a club and lies to his wife.  The first problem with the film is that it ditches this structure early on, revealing Shi’s true motives, which are far less interesting than almost any other imaginable option.

A few weeks ago Shi came upon a man lying, near-death, in the middle of the road.  Playing the part of the Good Samaritan, Shi asks his fare to leave the cab so that he can help Ji (Zhang Yutong) to the hospital.  When the hospital refuses treatment without payment, Shi uses his family’s savings to cover the cost, with the promise from Ji’s wife that they will pay him back when Ji wakes from his coma.

Of course things aren’t so simple.  Ji disappears leaving Shi in financial straits, accused of attempted murder, and on the verge of divorce.

Characters act in frustratingly illogical ways throughout the film.  The story twists and turns, but never with the addition of suspense, and always at the expense of believability.  Low production value, choppy editing, and the never-ending tears don’t help the juvenile writing.

Director Wei seems to have little grasp for dramatic moments, resorting instead to soap opera tactics.  There’s never a moment of downtime for the actors who are tirelessly in the midst of theatrical arguments, sniffling apologies, and overextended monologues.