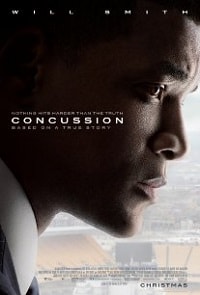 The new forensic drama Concussion tries so hard not to be a “football film” it compromises the most compelling aspects of its story. Director Peter Landesman’s reverence for his hero not only diffuses all of the drama and tension, it becomes an unrelenting exercise in idolatry. What he does have going for him, however, is a tremendous lead performance from Will Smith, which is almost enough to cover his film’s many shortcomings. Almost.

Much like 2015’s favorite child, Spotlight, Concussion speaks to the transformative power of an outsider. Only a new editor could recognize the rampant sexual predation within the Boston clergy community, just as Dr. Bennet Omalu (Will Smith) was the perfect man to indict the sport that galvanized an entire city. Born in Nigeria, Omalu came to America with idealistic dreams of accomplishment and white picket fences. He works hard as a forensic pathologist in Pittsburgh, where his meticulous methods earn the scorn of lazy co-workers and the respect of his exacting boss (Albert Brooks). Omalu is a man so obsessed with achievement that it takes five minutes for him to list all of his college degrees. “My specialty is the science of death,” he says; his only objective to give the dead a voice. The main dilemma Omalu faces, and the central drama that drives Concussion, is what happens when the living refuse to hear what the dead have to say.

Physically, Mike Webster (David Morse) was a mountain of a man. He dominated the offensive line for the Pittsburgh Steelers NFL franchise in the ‘70s and ‘80s, and was a beloved pillar in the football-obsessed community. He died alone in a dilapidated pick-up truck at the age of 50, completely bankrupt and mentally decimated. An autopsy by Omalu reveals immense trauma to Webster’s brain, likely resulting from thousands of “micro” collisions over his football career. To Omalu, publically decrying this destructive behavior is the honorable and scientific thing to do. To the NFL community, however, it’s a direct threat to the violent and beautiful game that has captivated an entire nation. It’s idealism versus industry; a fight that industry rarely loses in America. 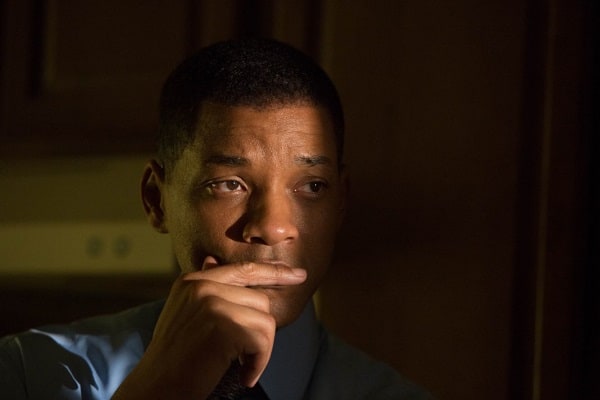 This is the scintillating premise at the heart of Concussion. With the list of former NFL players suffering from chronic traumatic encephalopathy (CTE) literally growing by the day, this is a timely issue that will only continue to escalate in national scope. So why doesn’t Concussion feel more urgent and necessary?

The primary problem resides, as usual, in the script. Working from the 2009 GQ exposé by Jeanne Marie Laskas, writer-director Landesman seems determined to abandon these pivotal football issues in favor of exalting the details in Omalu’s personal life. His background, love life (with the enchanting Gugu Mbatha-Raw), and even the particulars of his father’s tribal standing overshadow the story that we’re actually interested in seeing. The greatness of Spotlight, and why it moves with such pace and dramatic tension, is that it never diverges from the central crusade of exposing the truth. Concussion loses this thread about midway through the proceedings.

Rather than bringing the enormity of Omalu’s task to cinematic life, Landesman indulges every melodramatic flourish. Instead of information gathering we get anecdotes. Instead of discovery and confrontation we get speeches and platitudes. The dramatic guts of the film have been ripped out and replaced by a soft, gooey center. 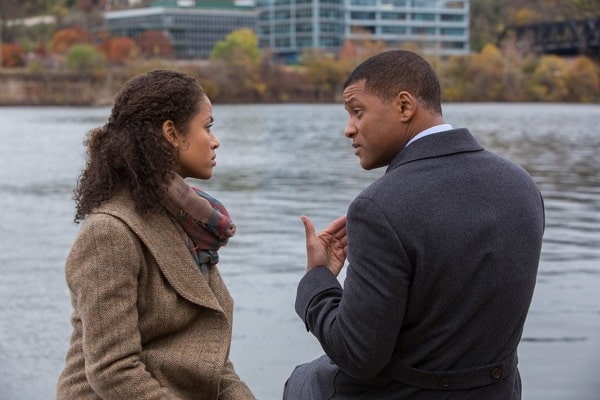 Omalu, as portrayed here, lacks the warts to be a compelling character. There is never any doubt he will persevere. Punching a wall and crying is the extent of our insight into Omalu’s emotional state. Dr. Julian Bailes (Alec Baldwin), a former NFL trainer, is a much more interesting and conflicted character. Bailes epitomized the NFL credo of “just finish the game” when he patches players together with tape and pharmaceuticals before sending them back into the fray. Omalu has no such mark on his psyche. We like him, but it’s exceedingly difficult to relate to such a virtuous crusader.

Luckily, Will Smith is up to the challenge of playing what is, ostensibly, an old-fashioned character. In fact, his inherent likeability makes him an inspired choice to play such a clinical man. He oozes sincerity and believability, even managing to squeeze out a miniscule character arc for Omalu. It’s the subtlety of his performance that hooks you; the words left unsaid that he’s yearning to say. For Smith, Omalu’s first awkward trip onto a crowded dance floor becomes an understated lesson in character development. It’s an Oscar-caliber performance. 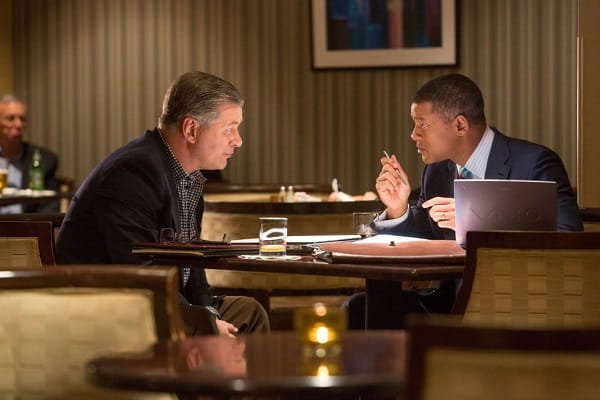 The supporting cast is equally wonderful. Brooks, in particular, adds some much needed humor while remaining a no-nonsense presence. Baldwin is also strong, as he pushes past his ‘Baldwin persona’ to find the rhythms of the deeply conflicted Bailes. Unlike Omalu, who has no emotional attachment to the game, Bailes loves football. For him, challenging the NFL is a betrayal borne from his responsibilities as a doctor. He’s on the right side of this fight, but he’ll never recover from being hated by the game that he loves so much.

Concussion has an important story to tell, and while the efforts of Dr. Bennet Omalu are certainly laudable, they don’t make for a compelling viewing experience. It’s the stuff of powerful documentaries and incendiary magazine articles. As such, Concussion is little more than a handsomely-crafted, well-acted tribute to Omalu. A deserved tribute, yes, but secondary to the much larger issue that he uncovered.