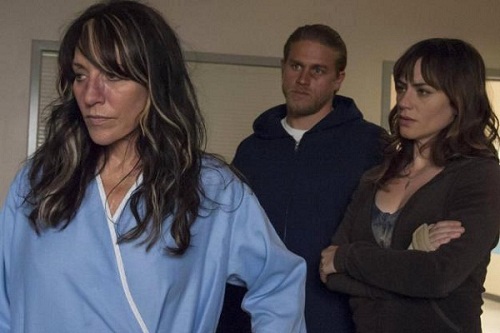 It seems as if SoA‘s writers felt like taking a week off of the body count that ruled past week‘s episodes, much to the advantage of tying up some loose ends and delivering a strong episode through and through. Jax taps into some serious darkness while staying calm when the heat around him is pushed close to boiling point.

So it seems the outcome of last week‘s car-crash-cliff-hanger might cause some interesting story developments in the future. Everybody makes it out breathing and physically intact and Gemma having driven the car off the road whilst stoned plays out quite well. When Jax accuses his mother, Clay jumps to her rescue offering her the easy way out, by claiming Jax and Chibs’ attackers ran her off the road as well, an excuse that blows up in her face shortly after. And while Clay‘s initial motivation for that move was probably to get Gemma in his pocket, she is the only one he actually might have genuine feelings for (maybe it‘s the attempt to see some humanity in the character of Clay, but the “I can‘t have them hating you as well” comment does seem like an honest one). 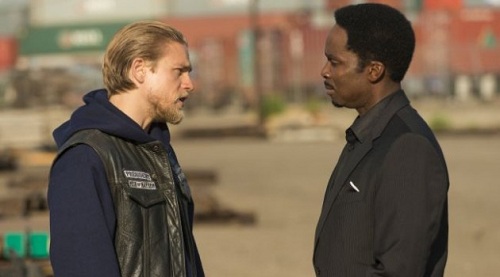 Meanwhile, Jax is busy getting on top of everything, trying to gather evidence for who is behind the home invasions and finishing off the second attacker that got away; knowing that it is Clay, he still needs to cover all his bases in order for him to take it to the table and have the club vote to exile and kill Clay. It truly feels like his destiny is sealed, even though it might take another season to actually get there (after all, last season was close to that point already and he jumped off the hook last minute). And bearing in mind the little macho show down Clay and Nero put up at the hospital  – “Mano, I don‘t make mistakes… unlike you” – it should be actually a little fun to have him stick around a little longer.

Juice confiding in Clay about ratting to the police, and his family background, is a great moment for Theo Rossi, who delivers an on-point performance, despite the fact that soon enough his character will realize he confided in the wrong guy. If it even gets to that; with Eli eager to avenge his wife and unborn child’s deaths he’ll surely be found out soon enough by the rest of the club. And with Jax’s way of handling things lately – chopping off dead guy’s hands for finger prints and choosing the slow painful kill for the other – it makes you wonder and worry for the future of poor Juicie. But who knows- let’s wait and see how this one unravels. 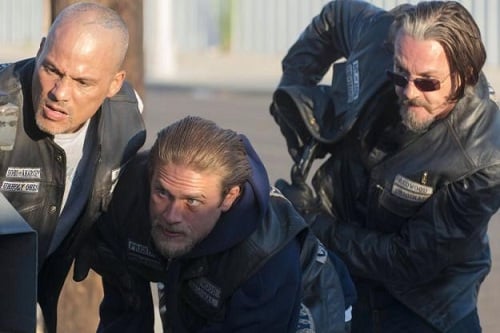 While Pope seems to get little playtime lately, it’s great to see Nero in a prominent role, as he proves to be a great addition to the show. Not afraid to step up to either Clay or Jax. It should be interesting to see which role he’ll play now that Gemma might be forced back into the arms of Clay. It really was a little disturbing to watch Jax talking to his mother after the fall out over her nearly killing his sons, offering her a way out if she gathers proof of Clay’s responsibility by getting back with him (doubtful that Nero wished for Jax to step in his footprints as pimp, by whoring out his own mother). Now that is one twisted mother-son-relationship, not that SoA ever claimed to portray the picture-perfect types. It surely makes for one major scheme that will be running the plot from now on.

But what did everyone else think of this week‘s turnout? Anybody willing to bet which season will be Clay’s last and whether Juice’s heart will still be beating by the end of season five? Anything I forgot to point out in this quick rundown of current developments in Charming? 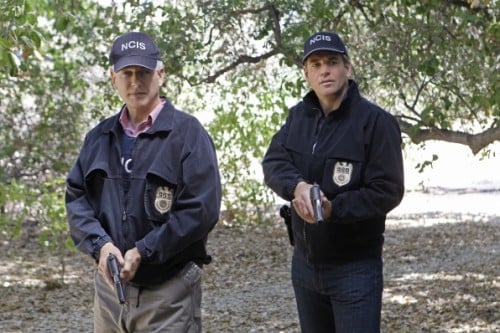