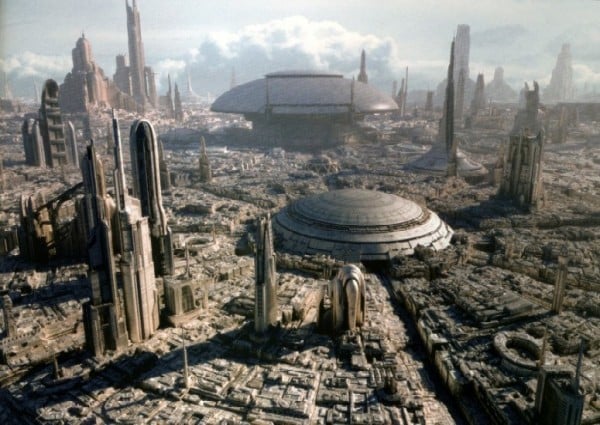 Six years ago George Lucas announced that he was developing a live-action Star Wars television series and now it seems fans will have to wait another four years for the show to air. In a recent interview, producer Rick McCallum revealed that he and Lucas would be putting the show on hold but that when shooting does begin, it will be shot largely in the Czech Republic. McCallum went on to say:

“The TV series is on hold, but that has nothing to do with the Czech Republic; it has to do with [the episodes being] so ambitious… We have 50 hours of third-draft scripts, but the problem we have is there is a lot of digital animation; we don’t have the technology yet to be able to do them at a price that is safe for television. Since we would be financing them, it would be suicide for us to do this [now]. So we are going to wait three or four years”.

Originally, 100 one-hour-long episodes were proposed, and now they cut it to 50, and I don’t blame them given the scale of the produciton. Honestly this has the potential to run for up to hundreds of episodes, if money wasn’t an issue.

Ten years is a long time to invest in one single project, but this is Lucas we are talking about. The man is obsessed with his Star Wars world, so much so, that he is his biggest fan. However I must admit that this project is something that interests me greatly. McCallum pitches the series like a Sci-Fi version of The Wire a.k.a. the best show ever made. He went on to say:

“Basically, it is like The Godfather; it’s the Empire slowly building up its power base around the galaxy, what happens in Coruscant, which is the major capital, and it’s a group of underground bosses who live there and control drugs, prostitution”.

McCallum says on the writing and plot of the series: “We are just starting to interview writers and trying to really figure out which direction to go to. He envisions somewhere like 100 hours between Episode III and Episode IV with a lot of characters that we haven’t met that have been developed in some of the novels and other things. We are really excited about that. Finally, we could have the opportunity to answer everybody’s questions once and for all by the time we finish the series.”