This week, on Supernatural: Even Lucifer can’t keep Sam from solving One More Case, and Dean runs into two blasts from his past

Cas is back. Sorta. Well, briefly. As ever in genre fiction, don’t believe someone’s dead until you’ve seen the body (and even then it’s not always a done deal). Most fans knew this episode was coming, the Return of Castiel. It’s felt inevitable for a while. With Sam and Dean out of allies, Sam’s wall crumbling, Dean still unable to move beyond Cas’s betrayal, and no hope in sight for fighting the Leviathans, something had to give. Sam has been, for all intents and purposes, healed and restored from his trip to the Cage and hopefully, after his brief time with an appropriately self-hating and apologetic Castiel (as opposed to his entertaining road trip with Emmanuel), Dean will be able to let go and move on. The reveal that Dean’s been holding on to Cas’s trenchcoat is telling and a nice touch, as is his talk with Emmanuel on the subject. 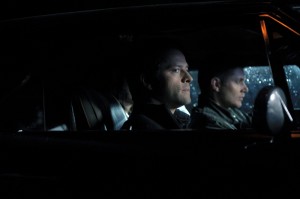 Many fans expected Cas to come back. Bringing Meg back into the picture is another thing entirely and, to the spoiler-averse out there, probably comes as a surprise. The decision makes sense, though it is somewhat reminiscent of Ruby. Having Sam lampshade this goes a long way towards combatting any potential repetitiveness however, and it would be surprising, to say the least, if Meg’s proximity to Cas leads to anything resembling Sam’s season 4 journey with Ruby. This also brings demons back into the picture. “Repo Men”, which dealt with demons and possession, was one of the strongest episodes of the season and adding them back into the fray gives Dean something tangible to fight this week, rather than the unsatisfyingly unkillable Leviathans.

Cas’s return, fittingly, has little to do with him and far more to do with Dean. It’s notable that we see Dean stuffing his pockets with food from the gas station, but not drinking. This thread from earlier in the season has hit the back burner for a few weeks, but it feels particularly relevant that despite being confronted by the person he is perhaps most angry with in the world, Dean doesn’t have a drink. Perhaps this is an unintentional oversight or an insignificant fluke of the episode, but for a character who was drowning himself in booze only a handful of episodes ago, this feels like a change. We’ll see if it sticks. (And based on the promo for next week, <spoiler removed>.) 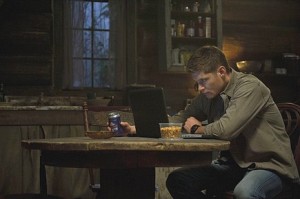 Sam’s time in the psych ward is just as interesting and revealing as Dean’s roadtrip. Mark Pellegrino dials it up to 11 as Lucifer, but rather than distracting, this adds to the fun. Gotta love that HeadLucifer’s pretty much a dick who, at this point, is enjoying messing with and annoying Sam. He knows Sam’s body can’t hold out much longer, so he doesn’t have particular malice in how he screws with Sam- he’s mostly just having fun. The grace and poise with which Sam handles his situation is impressive, as is his deep need to connect with and help Marin, a fellow patient with a ghost problem.

Despite everything happening to him, Sam pulls it together to help one more person before he dies. At this point, ghosts are a boring cakewalk for the Winchesters. If you want to do a ghost story, you have to either make the ghosts far more powerful or, more interestingly, make the Winchesters far weaker. This simple trick is effective, providing stakes to the situation. No one thinks Sam is going to get attacked or killed by the ghost, but Marin really could go either way, given the tone of the series in the past few years, Now that he’s healthy and back in the picture, hopefully we’ll see more of this Sam, ready to push beyond even his mind to help others. 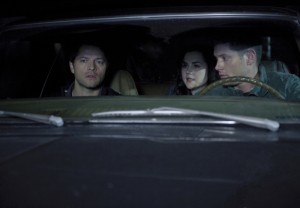 As ever, there’s a lot of comedy this week, with Meg’s angel references to Cas perhaps the most consistent of the gags, though Emmanuel is pretty fun too, with Mischa Collins managing to deadpan just as extremely in different ways for both characters. Cas’s ultimate fate is a fitting penance and also serves to remove him from the equation as the brothers figure out how to take on Dick Roman. The visual effects of the transfer from Sam to Cas are simple but effective, as is Collins’ reaction to Lucifer’s presence in his mind. Presumably we’re far from done with Meg, Cas, and Lucifer, but for now, this is a dramatically satisfying way to leave things. Next week, DJ Qualls is back and it looks like the guys will actually get a somewhat fun romp for the first time in a long time. Looking forward to it!

What did you think of the episode? Were you surprised to see Cas and Meg? How long do you think it’ll be before Cas pops back up again? Post your thoughts in the comments below! 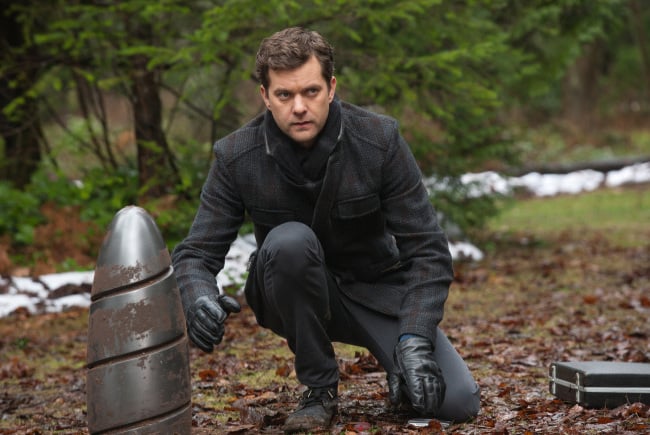 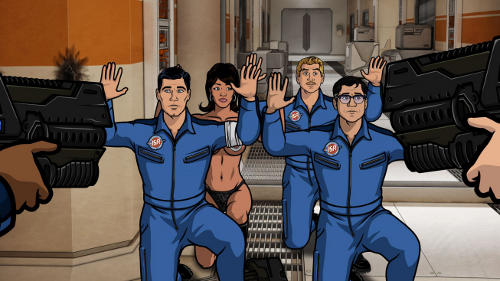