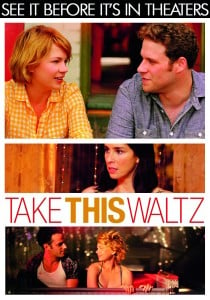 Take This Waltz is an excellent example of a movie with actors talented enough to make its flaws seem less vexing than they might have been otherwise. Sarah Polley, the writer-director of this mildly quirky domestic drama, is a surer hand behind the camera than she is with the script, which attempts constant realism despite being frequently frustrating. Luckily, she’s boosted by a superlative cast including Michelle Williams, Luke Kirby, Seth Rogen, and Sarah Silverman, of all people. Take This Waltz is compelling at times, but it’s too enervating to make an impact.

Williams is Margot, a freelance writer stuck working on a travel blog. One day, while on location, she meets Daniel (Kirby), with whom she has an immediate, flirtatious connection. The trouble is, she’s married. The (slightly implausible) double trouble is, Daniel turns out to be her across-the-street neighbor. Perhaps the worst roadblock of all: Margot is seemingly happily married to Lou (Rogen), a cookbook writer. Lou and Margot have an often-childlike chemistry, to the point where you wonder exactly how insufferable they’d be at a dinner party. Still, they don’t have any serious problems in their marriage except a common and sneakily monstrous one: complacency. Margot’s boredom is counteracted by her growing attraction to Daniel, which threatens to destroy her marriage. 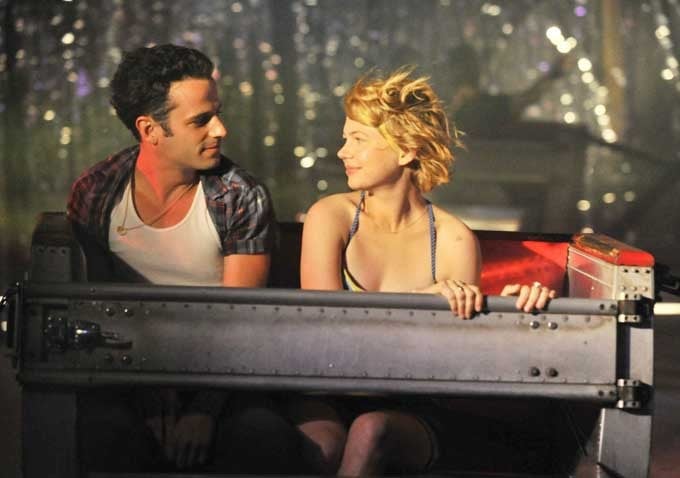 The basic idea of Take This Waltz is filled with endless possibilities. What happens when a happy spouse falls in love with a stranger? By not making Lou an obvious antagonist, some kind of abuser or philanderer, Polley at least makes the situation more complex than most mainstream screenwriters might. By not being able to instantly pinpoint why she feels unfulfilled in her marriage, Margot faces a difficult decision. She’s in a stable relationship with Lou, sure. Could she not have a similarly stable, and more joyful, one with Daniel, though? Or would she get bored with him after a few years, too? Can Margot ever truly be happy? Williams does give her all as Margot (as is so often the case), but the character as written borders on obnoxiously twee. She isn’t the go-to actress for more immature female characters; her pitch-perfect work in Meek’s Cutoff highlighted her innate toughness and resolve. Margot is a more passive character, unwilling to leap into the great unknown by herself, and unsure of any serious life choice. The script holds Williams back from delivering another exceptional performance.

It doesn’t help that Margot and Daniel’s relationship, though filled with chemistry, is a finger in the eye to Lou, a decent, kind, loving if slightly dull husband. All three actors in the triangle—yes, even Rogen, who busts out his trademark laugh here but isn’t called upon for much comic relief—do a great job illustrating the complexities inherent in such a tryst. However, as charming as Kirby is, there’s never a point where Margot’s decisions to drift further apart from her husband make complete sense. Polley’s script is mostly surefooted until the last half-hour, when the story makes too many leaps of logic, unfortunately leaving the world of reality behind. 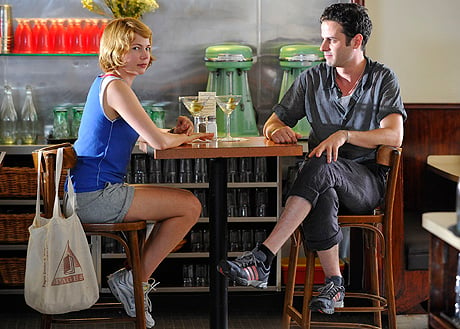 Polley’s weaknesses as a writer are almost—not quite—balanced out by her skills as a director. She previously helmed the powerful and moving Away From Her, and though the tone of Take This Waltz is lighter, her collaboration with cinematographer Luc Montpellier is remarkable. She carefully toes the line between employing camerawork that’s naturally stylish and camerawork that’s stylish just to call attention to itself. From a 360-degree pan around a second-story loft in a crucial and otherwise problematic scene to a fixed shot of Williams and Kirby riding an indoor carnival attraction, the photographic flourishes are welcome and captivating.

In addition, the cast in Take This Waltz is impressive, partly because of unexpected casting. Kirby and Silverman (as Lou’s alcoholic sister) are equally strong in their supporting roles. Daniel unsurprisingly ends up being a bit of a jerk to Lou, but Kirby finds the soul and heart inside the character to make us, if not connect to the character, not hate him. Silverman has less to do; nevertheless, she leaves the greatest stamp on the film, as her character speaks truth even when she’s under the influence.

The final takeaway from Take This Waltz is that Lou’s sister may be the smartest person in the film, and the other characters may never learn the lessons she bluntly teaches. How self-aware is Margot? Does she know that her decision may blow up in her face? Does she care? Certainly, Polley may intend for us to ask these questions, and never know the answers. We may connect with Margot and relate to her in some way; the choices she makes in this film, though, are too exasperating to respect, or move past. Excellent acting can cure many ills, but Take This Waltz proves it can’t always cure a script that’s too ambiguous for its own good. 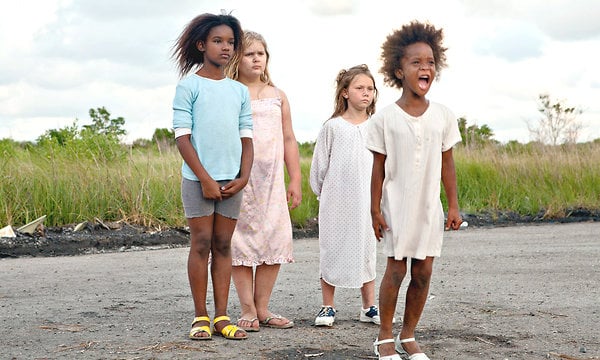