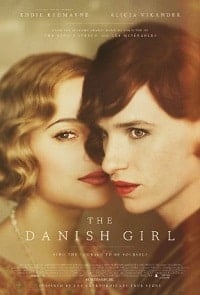 The Danish Girl
Written by Lucinda Coxon (from the novel by David Ebershoff)
Directed by Tom Hooper
UK/Germany/USA, 2015

It’s always puzzling whenever an emotionally-charged subject yields such a cold film. Tom Hooper’s painfully-subdued drama, The Danish Girl, has much truth to speak about the agony of gender identity confusion. He also gets one of the year’s best performances from the emerging star, Alicia Vikander. Sadly, Hooper unsuccessfully straddles the line between love story and psycho-sexual commentary, resulting in a disjointed film that feels like a collection of dramatic vignettes rather than a unified statement.

Since he was a little boy, Danish painter Einar Wegener (Eddie Redmayne) knew there was something wrong about his gender; an inescapable yearning for something that was missing. He learned to conceal these feelings shortly after his father caught him kissing his childhood friend, Hans (Matthias Schoenaerts). Einar channeled this forbidden passion into the canvas, constructing forlorn paintings of the same tortured landscape. His art made him famous, but it did little to quell the uncertainty churning inside him.

It was Einar’s great fortune to meet the beautiful and understanding Gerda (Alicia Vikander). A fine painter in her own right, she was immediately drawn to Einar’s fragile, precise nature. They married and began a long, fruitless pursuit for children. Ever the supportive wife, Gerda waits patiently in her husband’s shadow for her own chance to shine. Their lives change forever when Gerda offhandedly asks Einar to model women’s stockings and shoes for one of her paintings. This enables Einar’s repressed sexuality to emerge in the form of Lili; a confident woman who has no intention of going back into the closet. 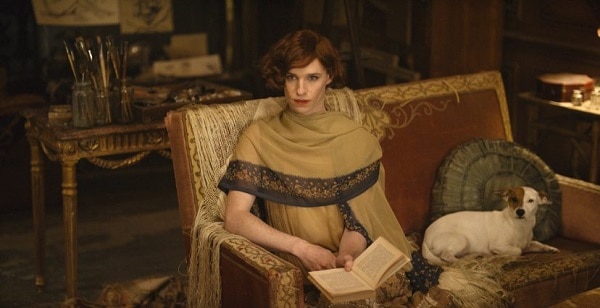 The Danish Girl is a movie told through touches and glances. Hands and fingers trace the contours of delicate garments or naked flesh. Troubled characters peer out of windows, searching for peace they will never find. Mirrors and people serve as reflections for our troubled heroine, as she clumsily emulates the gestures that will convey her dormant femininity. Each character remains distant from the audience as they try to navigate their own patch of rugged terrain.

Director Tom Hooper’s muted approach to the material is perfectly reasonable. Gender identity, after all, is an intensely private matter, usually relegated to darkened rooms and therapy couches. As Einar, Redmayne hits the proper notes of humility and confusion. He’s a man in the spotlight who would rather be consorting with close friends in a quiet corner. When Lili emerges, however, things become murkier for Hooper’s film. How does one convey such inner turmoil in a cinematic, visual way? 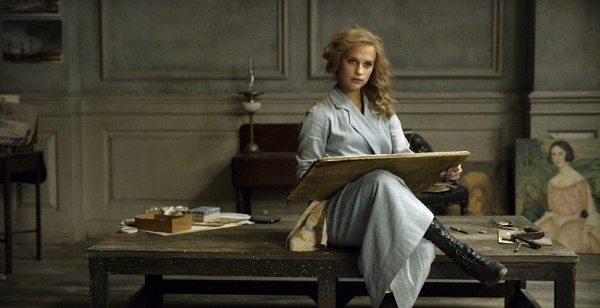 The answer, sadly, eludes Hooper and his screenwriter, Lucinda Coxon. The literary innards of David Ebershoff’s source novel don’t translate to the screen. Rather than visually portraying Lili’s mental transformation from man to woman, Hooper and Coxon focus most of their dramatic energy on the relationship between Einar and his long suffering wife, Gerda. Again, this is a perfectly reasonable approach to the material, supposing that husband and wife are slugging through their problems together. But that isn’t that case here. Both Lili and Gerda withdraw into their own cocoon as the distance between them intensifies. Again, this distance between characters creates an emotional gulf for the audience to overcome.

This dearth of compelling storytelling is brought into glaring relief by the film’s best scene. Lili visits a peepshow; not to leer at the woman performing inside her solitary cubicle, but to mimic her feminine movements. It’s a spontaneous ballet of yearning and curiosity, as we witness a character unwilling to hide her true nature, but still searching for a physical way to embrace that nature. These are the types of powerhouse scenes sorely lacking in The Danish Girl, which whisks aside its complex emotional subtext in favor of disconnected dramatic vignettes. 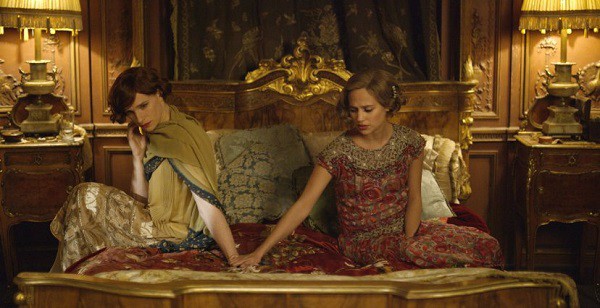 That The Danish Girl works at all is a tribute to Redmayne and a revelatory performance from Vikander (Ex Machina). Redmayne fights to discover his character from the inside out, using every smile and sigh to reveal information the script is unwilling to divulge. He never relies upon make-up and wardrobe to fortify Lili’s identity on the screen; he simply is Lili. Vikander proves herself every bit Redmayne’s equal, displaying bravery and sincerity in her devotion to a lover she no longer understands. She is stark naked on the screen, both figuratively and literally, and provides the emotional core to a story that’s determined to remain elusive.

What makes The Danish Girl so frustrating is how much it gets right about gender confusion. The longing that Lili feels, as well as Einar’s guilt for failing as a husband, are portrayed with startling sincerity. You ache for Gerda as she begs a domineering Lili for one last conversation with her vanishing husband. Sadly, all of these emotions and ideas get lost in a swirl of tiny, inconsequential scenes that rely upon the actors to make something out of nothing. Ultimately, you’re left with a film that looks great and means well, but feels infuriatingly incomplete.