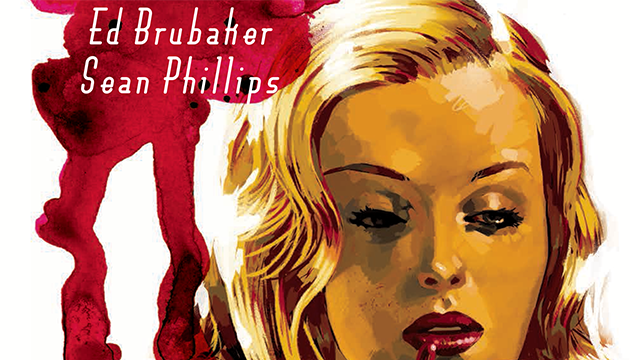 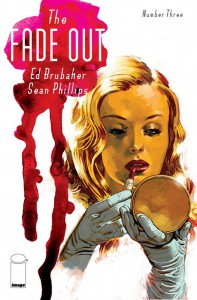 With issue #3, The Fade Out moves away from beaten-down protagonists Charlie Parish, shifting its spotlight on new characters while more familiar faces slide into the background. Using unexpected flashbacks and unique third-person narration, Brubaker reveals the complicated personalities of two additional characters at the opposite end of the Hollywood spectrum. The focus here is on Mr. Thursby (head of Victory Street Pictures who has been doing everything in his power to silence the true nature of Valeria Sommers’ death), and Maya Silver (a young actress hoping to replace Valeria’s lead role in an upcoming film). Ed Brubaker shows us more of the dirty side of the film industry, capturing the various power struggles and moral dilemmas that come with seeking fame and fortune. The scope of this series gets wider making it another winning chapter of a truly great comic.

The title of the issue “The Replacement Blond,” refers to Maya, an actress waiting for her big break, 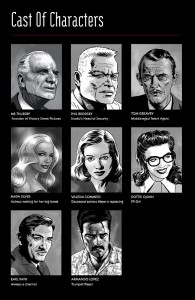 and hoping to fill the void left behind by Valeria Sommers. Maya has been promised the role that once belonged to the now deceased actress, but she’s had to endure countless indignities to help get her to where she is now. Of the new additions, it’s Maya who stands out above the rest. Maya has certainly been a victim of a horribly sexist system, but while she is preyed upon, she’s far from weak. Her past continues to haunt her, but with the help of a new friend, she may be able to finally escape her demons.

Maya and Thursby are polar opposites but they share one common goal: they will do anything it takes to ensure the film moves forward, and that they each remain involved. Thursby who wields immense power in Hollywood, reflects on his voluptuous past, wishing he could go return to the life he once knew; meanwhile Maya longs to escape her demeaning past and climb up the ladder of success. Thursby is a man who was once happy and free, only now he seems trapped by the studio system. In a way, he probably feels just as trapped as his actors do. The third issue slowly begins to pull the curtain back, revealing a chilling noir tale about murder, immorality, gender roles, lust, greed and the position of women in the early 20th century. 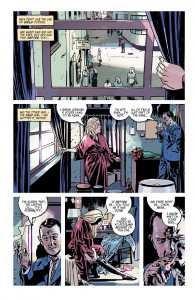 Brubaker is using familiar stories to paint both Maya and Mr. Thursby as characters of real depth. Characters are the focus of The Fade Out, not just plot beats. This issue represents somewhat of a change of pace for the series, but the thesis remains intact. The Fade Out is not just about solving the question of who killed Valeria Sommers, but about the consequences that a corrupt Hollywood system had on her, and continues to have on everyone else involved. The Fade Out is a study of a men and women destroyed by the 50s success ethic, left broken, alone, and in the case of Val, dead at the end.

Brubaker and Sean Phillips have been collaborating for fifthteen years now, and it is easy to see why. Phillips’ art perfectly conveys the events within Brubaker’s script, making this partnership the best in modern comics. The Fade Out has set an incredibly high bar for itself, but there’s no doubt Phillips and Brubaker are up to the task in surpassing expectations. 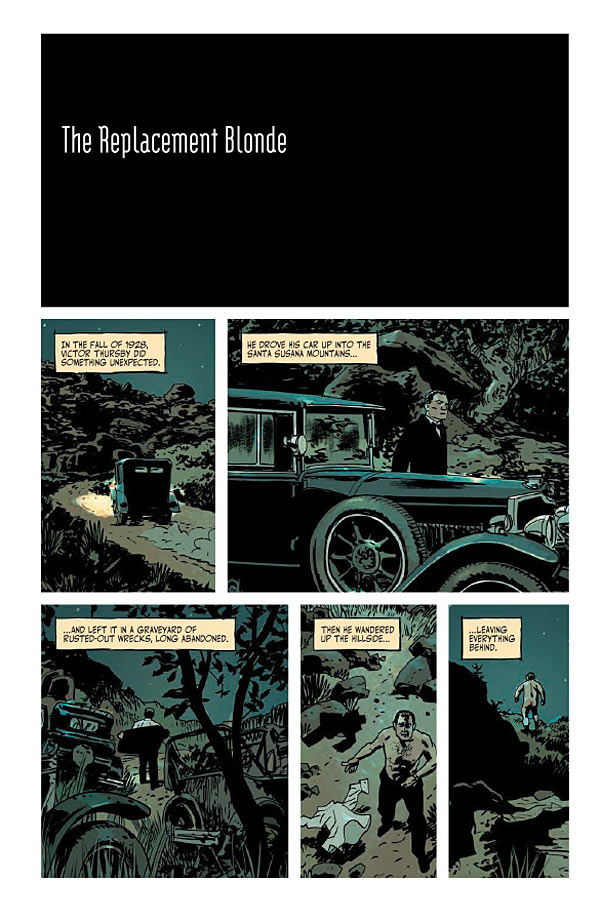