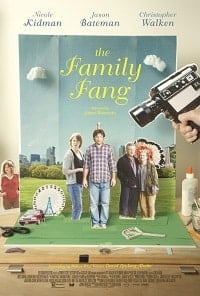 The Family Fang
Written by David Lindsay-Abaire and Kevin Wilson (adapted from his novel)
Directed by Jason Bateman
U.S., 2016

Jason Bateman’s sophomore directorial feature is not the follow-up to Bad Words that many expected. While that low-key comedy based around a grown man through a child’s spelling bee was a pleasant surprise, this adaptation of Kevin Wilson’s novel comes from a more seasoned director, assured of his skills. Indie films about children who come to terms with a dysfunctional family dynamic are played out to death, yet this cast and premise bring some verve back to a sub-genre that has atrophied.

Siblings Annie (Nicole Kidman) and Baxter (Jason Bateman) Fang are in the midst of career funks. Annie is tabloid fodder after an incident on the set of her latest film and Baxter is suffering from a legendary case of writer’s block on his third novel. Both Annie and Baxter are content with their separate lifestyles away from their parents and the chaos of their youth, however, a poorly aimed potato cannon shot sets the course for a family Fang reunion that can’t be avoided.

While a return to their family home seems like a welcome reprieve from the rigors of work, soon Child A and B (their father’s pet names for them) revert back to their childhoods where parents Caleb (Christopher Walken) and Camille (Maryann Plunkett) dominate their lives. When they were young, Annie and Baxter were part of a performance art ensemble ran by their eccentric parents, who never let concern for their children interfere with a good show. Fake blood and guns make for an exciting childhood, but, years later, the idea of going back to performance art is unappealing to the younger Fangs. This frustrates Caleb, seeking one last grand act to boost the Fang name from reviled to revered in the world of art. 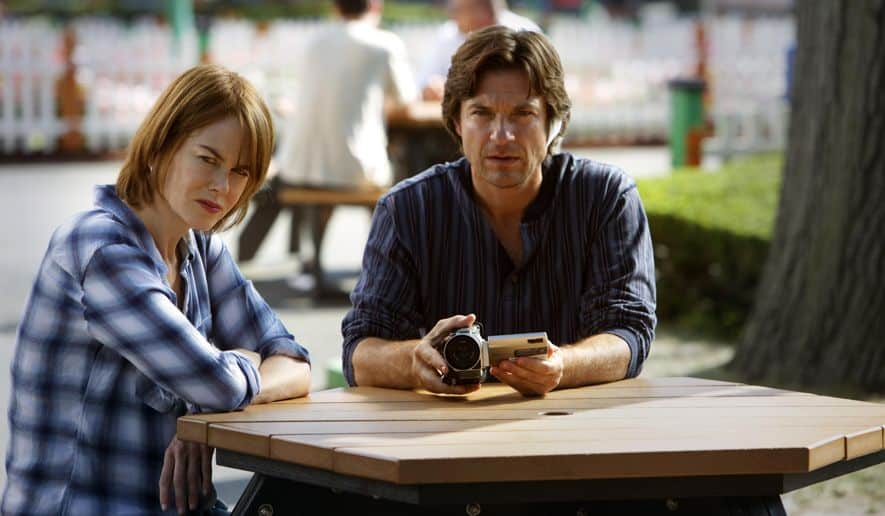 The ubiquity of camera phones has made any attempts at recreating their act stale and the first chance to bring everyone together ends disastrously. Dejected, Caleb leaves with Camille to go on a retreat in the Catskills. Not a day passes before the state police arrive at the door to tell Baxter and Annie that their parents have gone missing and the car they were in is filled with their blood. The Fangs, in life, always strove to make the audience see life through a new, and different, lens. In death, it’s difficult for Annie and Baxter to see anything but disbelief. True, Caleb and Camille spent years pulling the wool over the eyes of others, but that same stretch of highway has also seen four murders in the nine months.

Baxter is willing to believe that their parents are gone, but Annie is positive that this is yet another performance that she isn’t willing to indulge this time. The search isn’t really the point, of course, and that is what makes The Family Fang interesting; even if Caleb and Camille aren’t gone, how could they willingly sever ties with their children?

Onscreen, Jason Bateman has an easy relationship with Nicole Kidman, yet the complex dynamics underneath inform what isn’t being said. Too many moments are resolved with big speeches, but so much of the film connects on an emotional level that a few false blips can be forgiven.

Bateman is fond of laughs that came at the price of your soul (as Bad Words can attest), but he leaves his acerbic wit in check this time. The themes at work in David Lindsay-Abaire’s script are a difficult mix of tones to balance, but Bateman does well at handling drama without the results turning dour. He also brings an appropriate gravity to a shattering reveal that would give other filmmakers pause. In the two features he’s helmed, Bateman has proven himself an actor’s director and the performances he extracts from the very talented cast drive The Family Fang past being just another dysfunctional family flick.