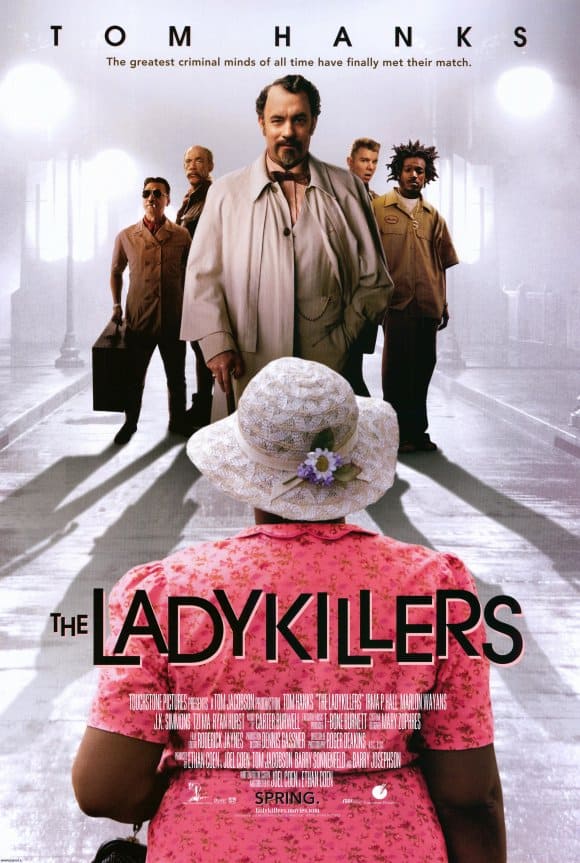 Written and directed by Joel and Ethan Coen

Precious few directors can claim to seducing top level Hollywood talent to their films despite that their outputs rarely make significant inroads at the box office. The talented duo of Joel and Ethan Coen have never witnessed any of their movies open to the tune of a cool 100$ million, yet time after time the stars line up to partake in whatever tomfoolery the Coens are up to. That last sentence was facetious, but only somewhat. Much like Steven Soderbergh, another American auteur who regularly finds himself blessed with extraordinary casts despite that his pictures, notwithstanding some obvious exceptions, stand little chance of earning important dividends during their theatrical runs, the Coens do their own thing, plain and simple. Ironically, that’s where things get a bit complicated, because what exactly consists as ‘their own thing’ is rather hard to pinpoint. Frankly, it is difficult to guess what the Coens will do next, even after they’ve announced what their following project is. Miller’s Crossing is nothing like Fargo, which is nothing like The Big Lebowski, which is nothing like No Country for Old Men, which is nothing like Hail Caesar! The said, with squinting eyes, there are some commonalities that can be ascertained between some of their movies.

The Ladykillers is the forgotten Coen brothers project. Released in early 2004, the star-studded (as per usual) picture was met with a tepid reception critically, and to this day is looked upon on with dubious eyes, if mentioned at all in discussions about their career. More to the point, the entire period between O Brother Where Art Thou and No Country for Old Men is not one that film fans in general or Coen faithful in particular are fond of bringing up, with Intolerable Cruelty frequently lumped into the same category of ‘lesser Coen’ along with The Ladykillers. Time can be a wondrous thing, insofar as it can heal wounds, including the wounds cinemagoers and Coen quire felt when watching Ladykillers for the first time 12 years ago. Describing it as a misunderstood masterpiece might be stretching credulity, but there are things to admire about it, and, with the benefit of hindsight, upon closer inspection the film does fit in rather snugly into the tandem’s filmography. 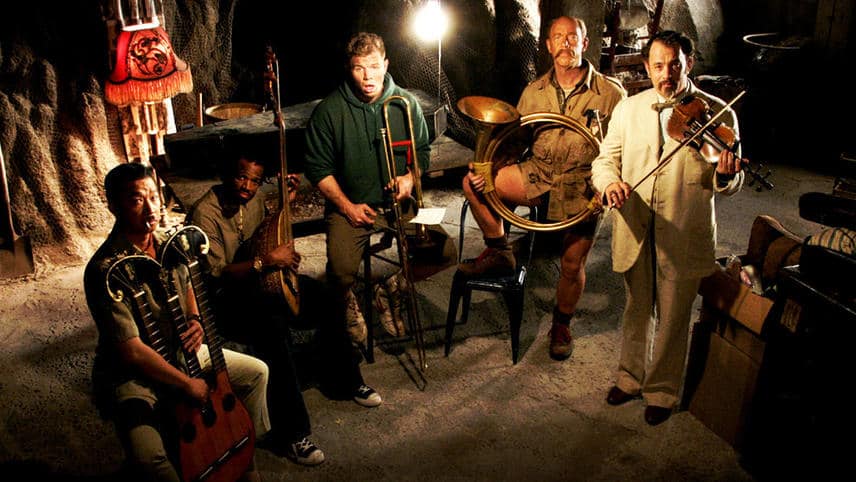 For those either unfamiliar with or have simply forgotten its premise during the interim decade, the film centres on the duel of wits between a scheming heist planner named Goldthwaite Higginson Dorr (Tom Hanks) and Marva Munson (Irma P. Hall), a devoutly religious widow from whom the former is renting a room in her house. Higginson is staging a heist that will see him and his crew of disparate personalities and talents extract all the money from a local casino vault. His team includes the serious, aloof “General” (Tzi Ma), animal handler Garth Pancake (J.K. Simmons), casino employee Gawain MacSam (Marlon Wayans), and dunderhead football player Lump Hudson (Ryan Hurst). Higginson is a loquacious, charming, silver-tongued devil presenting himself under the guise of a music professor at the university level, hoping to utilize Munson’s basement as a room to practice their musical skills. Mrs. Munson is a severe, no-nonsense personality, and she begins to smell something fishy about the entire set-up, thus prompting Higginson to talk his way out of trouble like he’s never talked before, until…

Even though the Coen Brothers are known for being incredibly idiosyncratic, which makes each of their movies a fresh, unique experience, it stands to reason that their interests and tastes can be extrapolated with relative ease depending on the film one watches. The LadyKillers, much like Miller’s Crossing, Inside Llewyn Davis and Hail Caesar! (all films with varying styles of tones) all suggest that the two brothers are very much in love with the United States of yesteryear, be it its music scene, its crime scene or the state of Hollywood. They seem to live and breath what the United States was represented by many decades ago, and even though their films that share stories in the modern world are peppered with the Coen Brothers touch, their oeuvre consistently strikes powerful chords for its admiration and fascination for the United States of yore.

In the case of the Ladykillers, it is their fascination with speech patterns and morays of the southern states that intrigue above all else. While it is true that the story itself is set in the early 21st century, if one removes the brief inclusions of hip-hop on the soundtrack and Gawain MacSam nasty vocabulary, it is difficult to avoid feeling as though it could be taking place in the 1950s or 60s. What’s more, despite that the movie is not about the movies per say, the manner in which several characters behave and speak is extremely reminiscent of how actors played their parts back in films from the same aforementioned decades. The exchanges between Munson and Higginson are especially characterized by ‘old timey’ inclinations. Nobody, so to speak, talks like Goldthwaite Higginson Dorr in 2016, but back in the 1950s and 1960s, not only did educated people talk much more like that, but the protagonists of certain films, depending obviously on what sort of personalities they had, were often written like this film’s chief antagonist is.

In that respect, the movie is a love letter to the lost art of beautiful dialogue and sharp manners. There is no denying that Higginson is the villain of the piece, yet one cannot help but appreciate and even be charmed by his overall demeanour. At the risk of being presumptuous, a film like The LadyKillers suggests that the Coens think people behaved and spoke in supremely more interesting ways than they do today. Much of the movie’s charm stems from the very tête-à-têtes between Higginson and Munson, battles that are not fought with fists or shouts, but rather smooth words and wily character. The predicament they find themselves in is terrible, but it’s all presented with so much class that the viewer would be forgiven for wanting Higginson to successfully yank poor Munson’s chain for as long as possible.

One of the areas in which the film struggles is the dichotomous nature of personalities that make up the squad of thieves. Whereas Munson and Higginson are very much of the old world, characters like The General and Gawain MacSam don’t jell as well as one would like. There is a tug-of-war between those two vastly different styles that doesn’t necessarily do the picture any favours. Perhaps there is an argument to be made that their inclusion in the proceedings reinforces the point that the directors want to show their love for people like Higginson and Munson, yet the contrast is too stark for it to go down easy.

Furthermore, the film fails to land its comedic potential in the latter stages when the heist plan is sent in motion. Once several of the team members become the focus as opposed to mostly Higginson, a void creeps in that makes its presence felt all too intensely. It is fair to argue that most of the cast members are very game and give the Coens everything they have, or at least everything the script asks of them, yet none can hold a candle to Tom Hanks and Irma P. Hall, both clearly the most attractive actors in the film as well as being the two given the juiciest dialogue and scenes, in particular the ones focusing on them solely.

Interestingly enough, the movie’s final act brings to the fore another commonality in Coen brothers movies: the idea that people tend to get what they deserve, whether they really earned it or not. Even though the movie is 12 years old, the revelation of important plot points shall be avoided. Whilst attempting to dance around the bush, it can be argued that some characters see their fates sealed due to bad luck, yet deserved said fate because of the nature of what they willingly dedicated themselves too, whereas others earn rich rewards, be they financial or spiritual, even though the role they played was relatively passive, indirect, or was even through a channel they actually misinterpreted all along yet won the day anyhow. The good people win out while the bad people get their comeuppance, only that it doesn’t happen how it would in other films, which is something the Coens do in their stories on a semi-regular basis.

It would only be fair for people to reacquaint themselves with The Ladykillers. It fits in much more comfortably in the Coen brothers’ filmography than most people give it credit for and is gifted by two of the best performances ever given by actors that worked with them. Best of all, the movie reminds us in a very classy, charming way, that modern society sounds like completely and utter garbage when it opens its filthy mouth.