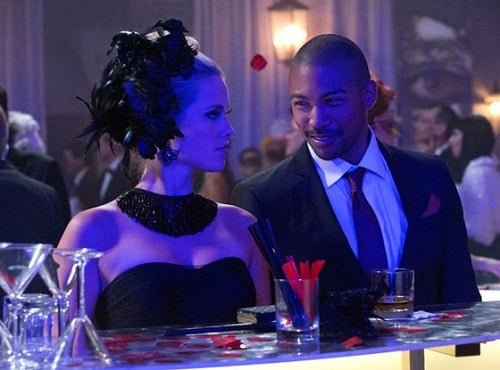 The Originals, Season 1, Episode 3, “Tangled Up in Blue”
Written by Ashley Lyle and Bart Nickerson
Directed by Chris Grismer
Airs Tuesdays at 8pm ET on The CW

On this week’s The Originals, Klaus and Rebekah plot against Marcel, Sophie teams with the enemy, Hayley learns more about her unborn baby, and Camille remains a sad, lonely bartender.

Unfortunately, The Originals is still keeping the opening (and now closing) voice-overs around. Just because the show’s about centuries-old vampires doesn’t mean lazy storytelling is acceptable, and honestly, it’s disappointing (especially when the voice-overs are describing present day events!). With such a great crew of writers, they should be able to come up with more clever ways to narrate each episode. Occasionally the voice-overs work, for instance when Klaus explains his plan against Marcel’s right hand man as the viewers watch it being set in motion. This ends up being a beautifully-done scene, with its clever juxtaposition of Klaus’s smug satisfaction and the stunned reactions of the witch and vampires being played. More often than not though, they’re just boring.

Speaking of boring, poor Camille is in desperate need of better storylines. Three episodes in and she’s done hardly anything but remain a pawn to the vampires running the city (an unfortunate side effect of being the sole fully-human character on the show). If she’s meant to ground the supernatural show for the audience, she’s failing miserably. If anything, she’s simply distracting the action from greater characters, like Marcel (who truly deserves more screen time). Even Sophie could use a bit more characterization. So far, she’s simply made irrational decision after irrational decision, each seemingly fueled by a mixture of grief and anger. Though Klaus is often motivated by the same emotions, he has other qualities that make him an interesting and dynamic character to watch. Sophie’s merely bland and one-dimensional.

Continuing on this character rant, who exactly is the audience supposed to be rooting for on this show? Though Elijah was by far the most moral and rational character, The Originals wasted no time shoving him in a box and giving Klaus, Rebekah, and Marcel center stage. He’s only been gone for two episodes but already his absence is weakening the show–with so many monstrous protagonists, the show needs a hint of morality for balance, if nothing else (and no, Camille isn’t cutting it quite yet). Both Marcel and Klaus are vicious (literal) monsters and not an episode passes without them killing someone. Of course, Klaus mostly seems motivated by a petty and selfish desire to have “his” city back, while Marcel’s motivations are obviously fueled by his position of power–he has clear-cut rules to keeping his city in order, and he unflinchingly sticks to them. It’s almost honorable, making him a much better candidate for “hero” of the show than Klaus or even Rebekah. You have to wonder how new viewers are taking to a show with roughly zero sympathetic characters; the writers aren’t making much effort to redeem anyone or even highlight potentially-redeeming qualities. So far, the show’s been told through the point of view of the Original family (yes, hence the name) but giving Marcel a bit more screen time could do wonders for the show. As far as new characters go, he’s by far the best and easily the most developed. 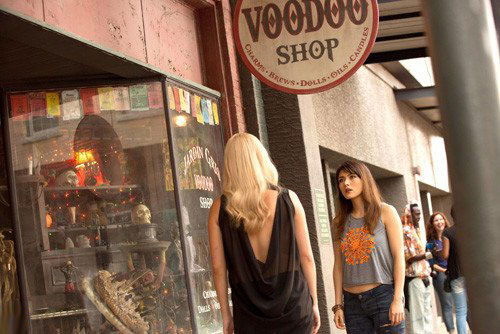 To be fair, The Originals is still doing quite a few things right. The episode’s focal point–a costume ball hosted by Marcel himself–features gorgeous shots of aerial dancers, confetti, and snakes, but the best touch is the blue lighting (mirroring the episode’s title), which casts every shot at the ball in a dream-like quality. And the music, naturally, is spot on. Music supervisor Chris Mollere kills with his music selections every week, his choices never disappointing.

One of the most interesting moments during the ball occurs when Camille arrives. Instantly, black-clad Rebekah lays eyes on white-clad Camille (wearing angel wings–not very subtle, but still intriguing), and it’s nearly impossible not to compare the pair. Thus far, Camille’s been painted as an innocent human, separated from the supernatural happenings in New Orleans (which, as you may remember, Marcel mentioned as one of the things he loved about her), while Rebekah is very much the opposite of innocent. Rebekah takes a liking to Camille almost immediately, despite her previous attempts to kill her as well as Marcel’s fascination with the blonde bartender. The subtle relationships between the women are almost better than the dominating relationships between the men, or the men and women, on this show. The storylines have been consistently good when they involve any of the women working together, mainly because the dynamics between each female relationship vary so much from the male dynamics. They’re more nuanced and definitely less obvious or easily understood.

Sadly, the episode ends on a truly pitiful cliffhanger. Seriously, The Originals? We’re supposed to buy that Hayley, who has definitely been around magic, can’t recognize Latin when she not only hears it, but also spells it out correctly when attempting to translate it? Oh well–there’s always next week. 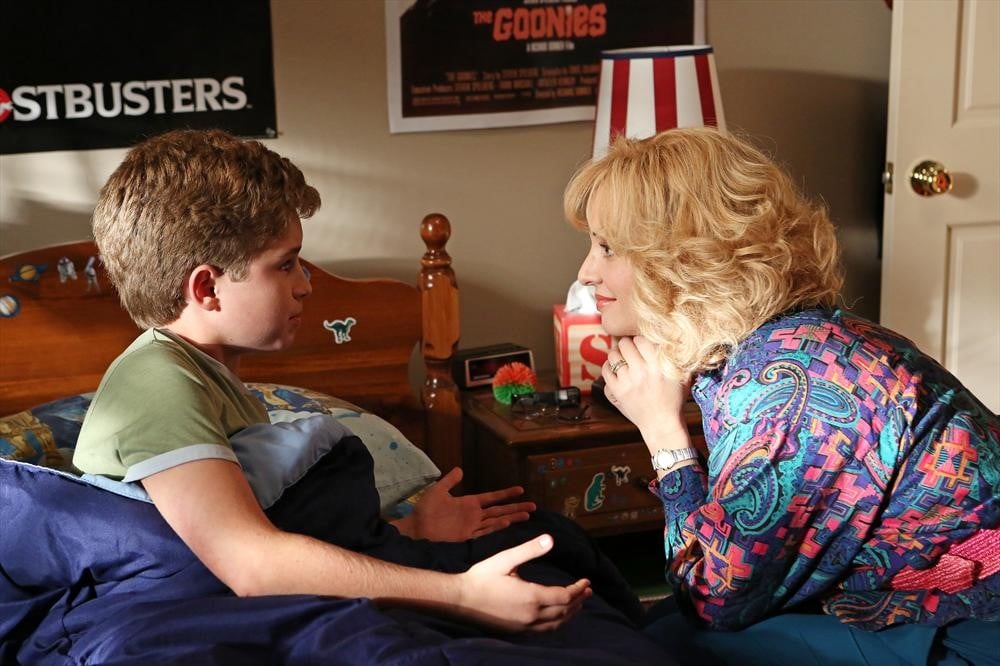