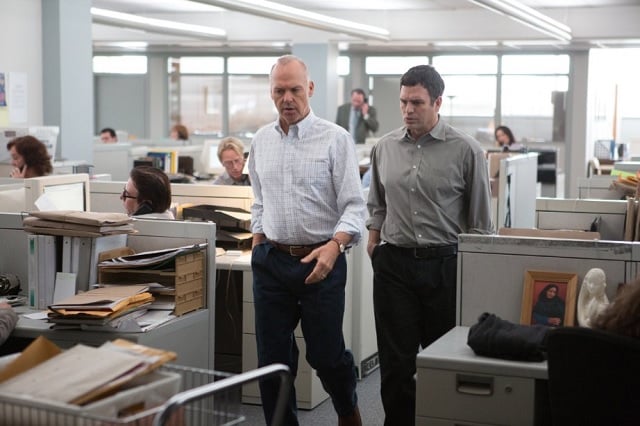 Spotlight is the best journalism movie actually about journalism. Thomas McCarthy’s film is not a thriller or caper with conspiracy, villains or suspense set pieces, but a movie of hunches, discovery, research and hard work: pure journalism. The film’s docu-realistic, testimonial quality of soft shades of blue make it a purely neutral story in both themes and aesthetics, a film obsessed with asking more questions, going deeper and finding the bigger story. As it escalates, it becomes as much a film about losing faith in religion and belief as it is uncovering the truth. The ensemble cast of Michael Keaton, Rachel McAdams, Mark Ruffalo, Liev Schreiber, Paul Giamatti and John Slattery absolutely hums, and in their search for the real story, Spotlight just keeps digging. (Brian Welk) 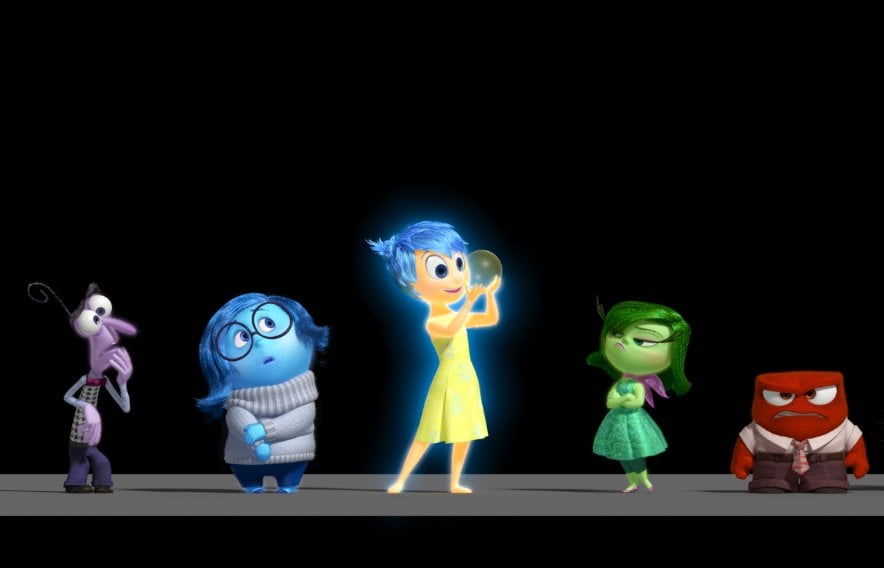 Of all the worlds the Pixar Animation Studio has created for moviegoers over the years, none have been quite as ambitious and unique as the world constructed inside the mind of an 11 year old girl in Inside Out. Peter Doctor (Up) and the studio’s creative geniuses build from the ground up a metaphorical factory in the mind through which runs core memories, a literal train of thought, and the dreams, nightmares and experiences that form our personality. At the helm of it all, 5 emotions – Joy, Sadness, Disgust, Fear and Anger – jockey at a control panel to help young Riley get through each day’s trials. The film works as a comedy, as a clever study in child psychology, a trademark Pixar tear-jerker and a wildly inventive road trip movie as Joy and Sadness venture out of Headquarters and through Riley’s subconscious before an emotional crisis causes Riley to make a drastic mistake. Making the figurative literal, Inside Out is a masterpiece of high wattage imagination pulling out of its back of tricks a seemingly endless stream of inventive creations. One of the most purely original movies of this or any year. (Charlie Sanford) 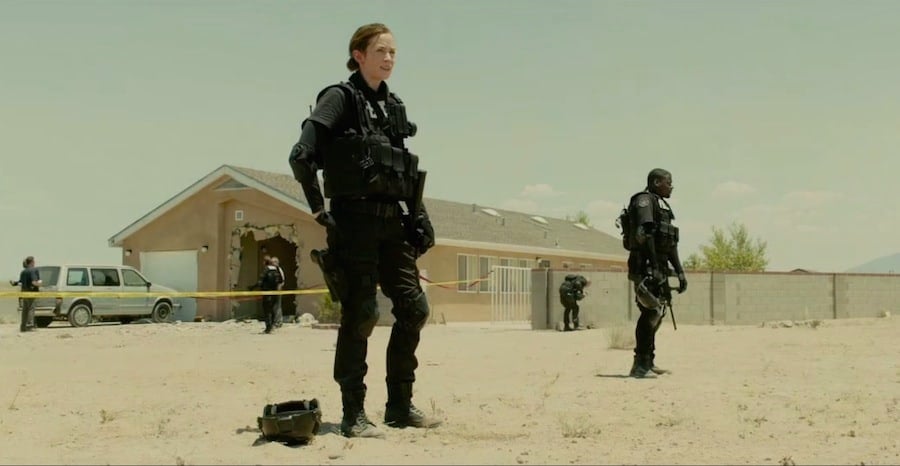 Kate (Emily Blunt) was invited to take part in a task-force to combat the drug cartels on the border between U.S. and Mexico, but soon she finds her mission is not what it seems. Graver (Josh Brolin) only offers vague generalities about the mission he has invited Kate on, and when she attempts to show any agency she is met with swift dismissal. Instead, Kate pushes against the dark they attempt to keep her in. Neither she, nor the audience, knows what will happen next, elevating an already superb thriller to a masterwork of tension. Denis Villeneuve draws accurate parallels between the war on drugs and continued cycles of violence and chaos that come with trying to establish order. Alejandro (Benicio Del Toro), whose very presence in the film is defined by the loss he’s suffered, is tricked into thinking that, by participating in this serpentine underworld, he’s creating control. The gut-punch ending–and the despair on Kate’s face–says otherwise. There’s no room for laws or virtue in this new world. “You will not survive here. You are not a wolf, and this is a land of wolves now.” Sicario is bleak, but it won’t be forgotten. (Colin Biggs)

What is thought, and does it equate being? This question is at the center of Ex Machina, Alex Garland’s intelligent and mesmerizing directorial debut about the creation of consciousness. Created in a lab located in remote mountains, robot Ava possesses vast knowledge but has never seen the outside world, and the extent of her emotions are difficult to ascertain. Does she actually have any? Caleb, on the other hand, a programmer brought in as a guinea pig to test her, is both lifelike and robotic at once. He attempts to control his feelings in favor of logic, but ultimately his behavior betrays his true nature. And at the center of it all is Nathan, the mad scientist, eccentric in a grounded way, and the sort of brilliant mind that mere mortals can never be comfortable around; even if he speaks plainly and enjoys a cold beer, he always appears to be sizing things up. But are brains all there is to living? Ex Machina‘s woodland setting never fails to forget the other aspects of the world. Vibrant colors exist outside, from blue skies to green leaves, that must be seen to be understood. Wooden textures and the trickling of running water provide other stimuli to the senses that could not be explained to the inexperienced. Ava thinks, therefore she is, but life is more, and she hopes to know it. Ex Machina reminds us that smart does not always equal successful, and the folly of man is that no matter how god-like we think we are, mistakes will be made. That’s what makes us human. (Patrick Murphy) 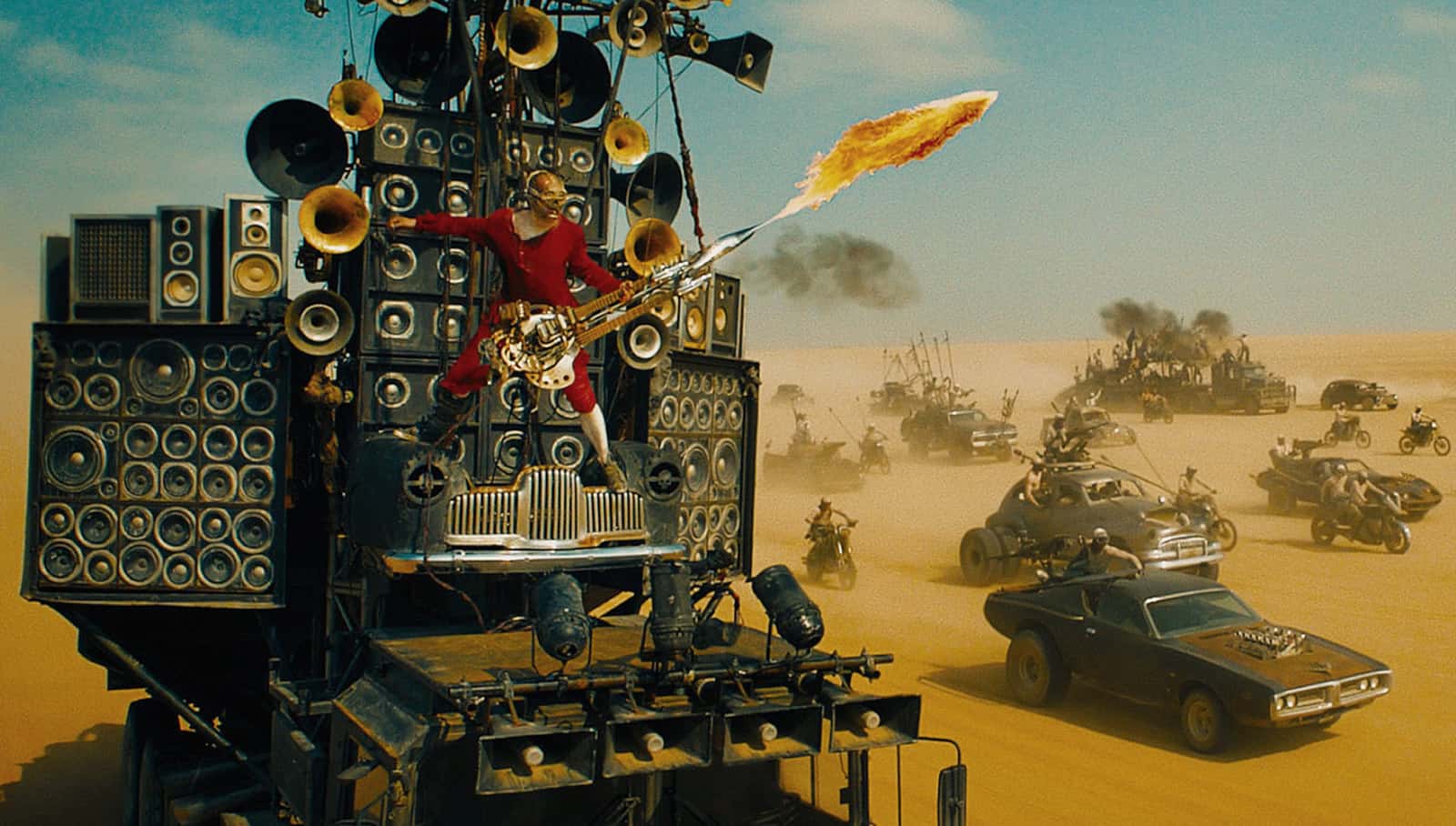 Audacious and percussive, Mad Max: Fury Road is the action film of the decade. The sheer volume of arresting visuals and surreal concoctions in George Miller’s return to Max is almost staggering. It’s an embarrassment of hyperkinetic riches; a gleeful celebration of nihilistic debauchery that somehow manages to deliver a powerful message of hope and redemption. The screen is practically trembling with adrenaline. Yet, for all the testosterone-infused action, there is a courageous feminist heart beating inside Fury Road. As the iconic Furiosa, Charlize Theron is determined to build a future where women are more than just property. Tom Hardy flawlessly assumes the helm, playing Max as a monosyllabic creature driven by some ancient vestige of his humanity. Breakneck stunts seamlessly blend practical and special effects as larger-than-life villains tangle with hell-bent anti-heroes. Miller infuses every frame with an anarchic spirit that thoroughly sweeps you away. More at home than ever before, Max has returned to raise the bar for action films. (J.R. Kinnard)