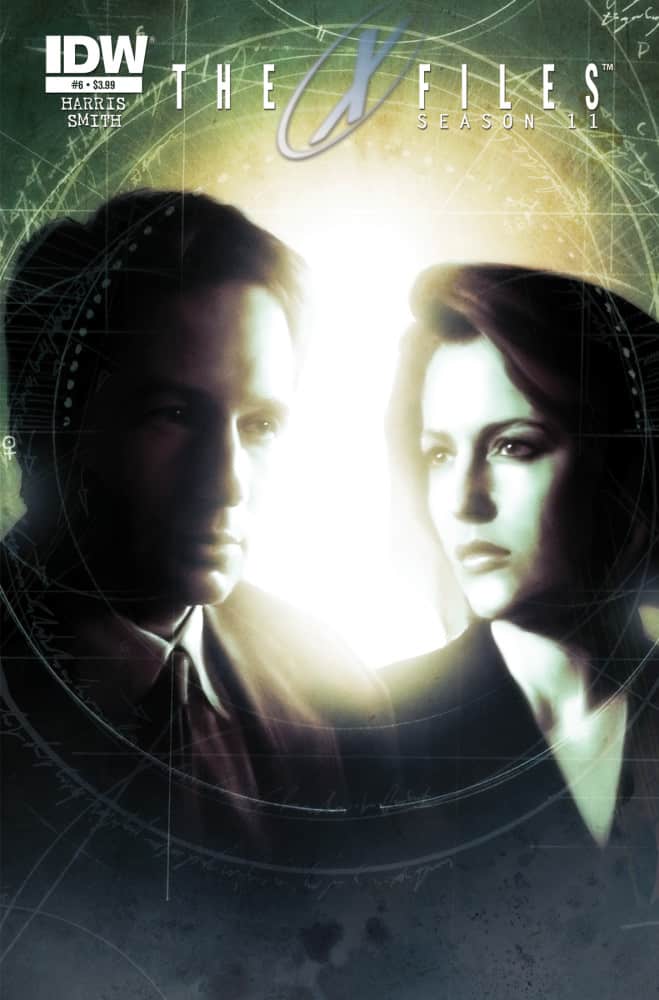 The X-Files mythology arcs have always felt like a chess game playing out. Mulder and Scully were the pawns, moving painfully slowly across the board, seeing the other pieces in their vicinity but never the board as a whole. The partial information could be put together to arrange a tentative map of the board’s arrangement, but in the meantime, pieces were still moving, often negating previously known truths.

Joe Harris understands this and pulls the analogy quite literally into the opening pages of issue #6 of The X-Files: Season 11. “Endgames Part 1” is the first of a two-part “season finale” for the latest arc/season of IDW’s comic book series continuing where the show concluded in 2002 with season 9. Let me clarify that this series runs a different future scenario than the newly revived television mini-series Season 10. 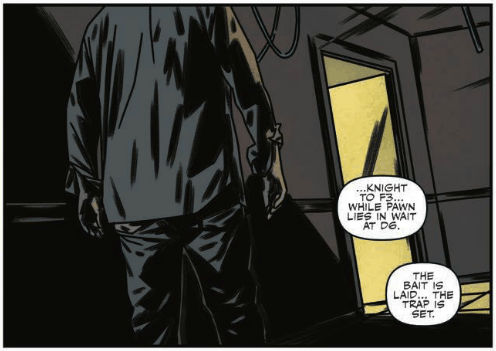 Harris is a smart man, building Season 11 off of two incredibly iconic X-Files: one monster-of-the-week, and one mythology. Wandering as a recluse and wanted by the government, Mulder finds the new home of the inbreeding Peacock family from the infamous episode “Home.” But the season’s big bad is Gibson Praise (first appearing in “The End”), the chess playing mind reader, now an adult and in full control of his powers. He’s enacting a master plan, and Mulder and Scully are trying to stop him. But like many of their attempts to ward off invasion and enslavement, they can’t know whose hands they may be playing into.

I’m not going to go any further attempting to relate plot points. Not only is this the kind of comic that might be best served spoiler-free, but The X-Files in general were never much good when whittled down to their plots. The show was about questions, confusion, and ambiance. It was film noir with aliens, where the criminal underworld was the secret government machinations rather than any rogue individuals or mobs. Mulder is the man traveling more deeply into this underworld, and it is his sanity more than anything else at this point that’s at stake. He’s been dead before–now it’s a question of making sense of things. Harris, artist Matthew Dow Smith, and colorist Jordie Bellaire understand this too. Harris imparts discomfort and confusion followed by clues but no answers in measured doses, stringing us along in the familiar X-Files way. Smith, for his part, illustrates with a heavy black line and, in the ever-important scenes at night or in cavernous places, with a dense shadow. Bellaire captures the visual tone of the show in his color palettes.

Of utmost importance when continuing a television show in comic book format is capturing the characters’ likenesses in illustration and dialogue. Smith does well with the characters. Hair, facial expressions, clothing, gestures, and posture are all evocative of David Duchovney’s Mulder and Gillian Anderson’s Scully. Even a cameo appearance by the Lone Gunmen shows Smith’s impressive character work. The dialogue is a touch less solid. For the most part, Harris has it down. Scully, especially, speaks with the same vocabulary and cadences as written in the show. Only in a few spots do the sentences fail to flow trippingly. And, of course, the “explainy” bits of the story feature panels that are mostly dialogue bubbles. This is perhaps the part of The X-Files least suited to comic paneling.

The X-Files: Season 11 #6 does right by fans. It feels true to the show and advances the characters and elements in interesting and engaging ways. This is a worthy first part to an authentic The X-Files season finale.