Home
Entertainment
True Blood, Ep. 7.04, “Death is Not the End” is easily the series’s best ep
Prev Article Next Article 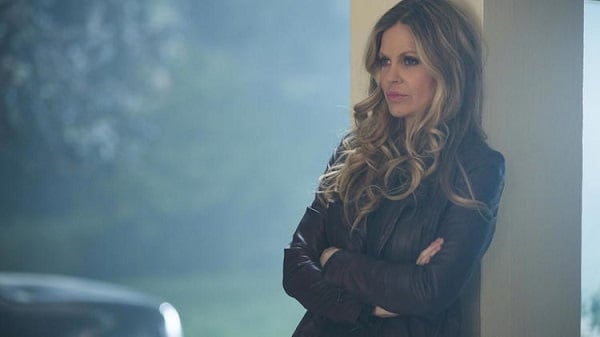 On this week’s True Blood, Pam and Eric return to Bon Temps, Sookie leads a rescue mission for Arlene and Nicole, Fangtasia’s history is revealed, and the Bon Temps mob strikes again.

Remember when True Blood premiered, and it was simply a campy, supernatural-flavored summer show–a fun way to pass the time, but too lighthearted and silly to truly take seriously? Sure, the characters were great and the writing was good (if not always coherent or streamlined), but True Blood‘s never really been truly great television. Until “Death is Not the End”, that is.

Turns out, all True Blood needed to reach its full potential was an end date.

For any who doubted True Blood‘s ability to keep up the string of excellent episodes in the final season, “Death is Not the End” proves the show intends to end on a high note–seriously, this is quite possibly the best episode of True Blood ever. Every piece of this episode is an unrelenting slice of tense and emotional drama; the writing is sharp and steady, the directing is subtle but beautiful, and the acting is heartbreaking.

The cold open sets the tone for the entire episode, with the action once again taking a backseat to the characters and the emotional trauma they’ve gone through in the past few episodes. True Blood rarely slows down long enough to really focus on the effect death has on it’s characters (especially given how undefined death itself is on a show about vampires), so allowing the audience to witness Sookie and Jason calling the relatives of the recently deceased is as human and real as it gets on a show like this. Oh, and add in the double whammy of Jason trying to comfort a friend who doesn’t even remember their relationship, and the cold open alone becomes a beautiful and tragic piece of television.

Luckily, True Blood is still breaking up the devastating drama with small pockets of humor–the 80’s and 90’s flasbacks to Fangtasia’s origin (as a video rental store with a hefty porn section!) are incredibly funny, thanks mainly to Pam’s unrelenting sass and Ginger’s first (literally jaw-dropping) meeting with Pam and Eric. Last week’s flashbacks to Eric’s 80’s romance with Sylvie finally make sense, as they were the beginning of Pam and Eric’s journey to Shreveport. And making Ginger the true founder of Fangtasia is endlessly hilarious. Honestly, Fangtasia’s practically a character on the show, so it’s satisfying (at least for long-term fans) to witness the bar’s beginnings. And, surprisingly, the flashbacks add a level of depth and cohesion to the show that are rarely present, and they’re clearly serving the purpose of bringing the series full circle.

Meanwhile, the present day drama keeps on coming. Sookie’s visit to newly-rescued Holly is uncomfortable because it’s essentially the TV version of the real-life questioning of a shell-shocked trauma victim. Holly may be safe now, but she’ll have to live with what she experienced for the rest of her life, making her rescue bittersweet. Also, Jessica’s guilt-ridden starvation still feels important, despite being the result of an event that happened last season. Even among all of the current Hep-V drama, it’s nice of the show to remember that the characters are still people with a myriad of everyday life troubles.

However, some of the most emotionally-satisfying moments come from the reunion of Eric and Sookie. It’s notable that Sookie only manages to shed a tear after learning Eric’s halfway to his permanent grave–his infection seems to be the emotional tipping point for Miss Stackhouse, which makes sense given the pair’s history. Despite Eric’s previous state of disinterest, he jumps right into Sookie and Bon Temps’s drama like he never even left town. This late in the game, not a whole lot of character development is going on, but the show is definitely putting an emphasis on who the characters have become throughout the past six seasons and keeping their actions true to who they are.

By episode’s end, Jason Stackhouse sums up the preceding events best when he says, “Jesus Christ, that was intense.” “Death is Not the End” manages to seamlessly blend emotion and action, yet still ends on a relatively hopeful note. No one major dies in this episode (a first for the season, really), yet there’s still sadness, as more death and despair are still coming.

Bonus: The end credits song is “Death is Not the End” by Bob Dylan.