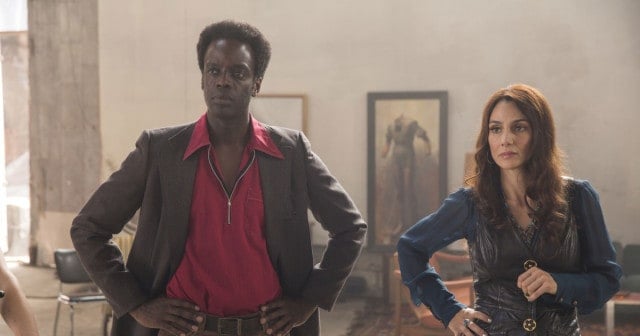 The reveal happens when Zach gets a call from the Vegas Hilton inviting him to a high roller weekend where they’ll fly him out and comp his room and drinks. Skip is in the room and knows that someone who casually gambled like Zach did wouldn’t have gotten the offer. There had to be more money involved. With that realization, Zach runs out to find Richie. He follows Richie into and elevator and beats him mercilessly. The punches seem to have a real weight. His goal isn’t to fight Richie, it’s to hurt him.

Being assaulted is actually the least of Richie’s problems. At the start of the episode he’s spent the weekend in jail for Buck Rogers’ murder. The cops have a recording of him and Joe Corso discussing it, so it should be pretty bulletproof. Except that the FBI is interested, and they have larger targets that interest them. Richie agreed to make himself subservient to his old boss, Maury Gold (Paul Ben-Victor), who works for Corrado Galasso (Armen Garo), in exchange for a loan to keep the company afloat. Galasso is a murderer and a crook, and the FBI is more interested in getting someone to inform on him than prosecuting the murder of another criminal. Richie isn’t interested, though. People who cross Corrado Galasso don’t live very long. But after his beating, Richie has a change of heart and decides to cooperate. He starts by waking Devon up to confess. 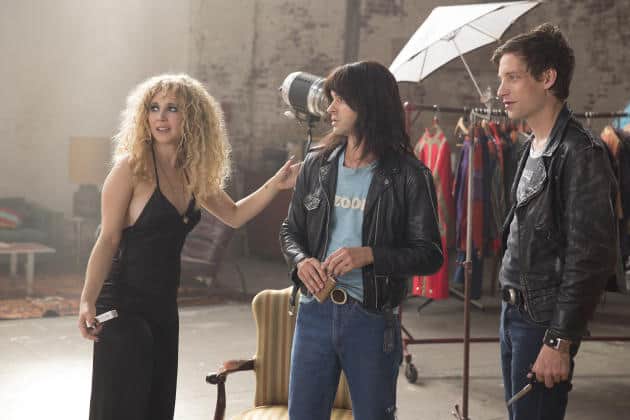 Aside from wallowing in Richie’s troubles, this episode finally gave some attention to the show’s women. Jamie gets thrown out of her aunt’s house, apparently on the orders of her mother, who disapproves of her profession. She also spends some time advising the Nasty Bits on their photoshoot. It’s clear that she’s a competent leader who understands the needs of the band. She’s been sleeping with Kip since the start of the season, but she’s also attracted to the new guitar player. They all have a threesome, but chances are that will make her relationship to Kip rockier in the season’s finale. Devon also gets a chance to show off her artistic abilities when she photographs her new beau (who lamely tries to critique her framing). Devon has been living amongst artists for most of the season, and has fancied herself one too, but it wasn’t until she really took the camera out that it became clear that she had any ability.

Despite the high points where Vinyl paid attention to its female characters, “Rock and Roll Queen” was a bit of a letdown from last week’s excellent episode. Part of it was because the humor was considerably lessened. But this episode also focused on setting up plot points for the season finale, rather than spending more time on character interactions. Zach’s feeling of betrayal could have been further explored, but it was cut short when he decided to beat Richie. The writers could have also spent more time developing Jamie’s new infatuation with Alex (Val Emmich). It seemed to come out of nowhere, and suddenly they were having a threesome. There’s a good chance it’ll affect next week’s episode, so it deserved a little more depth. Next week is the finale, so we’ll have to see how they tie it all together.