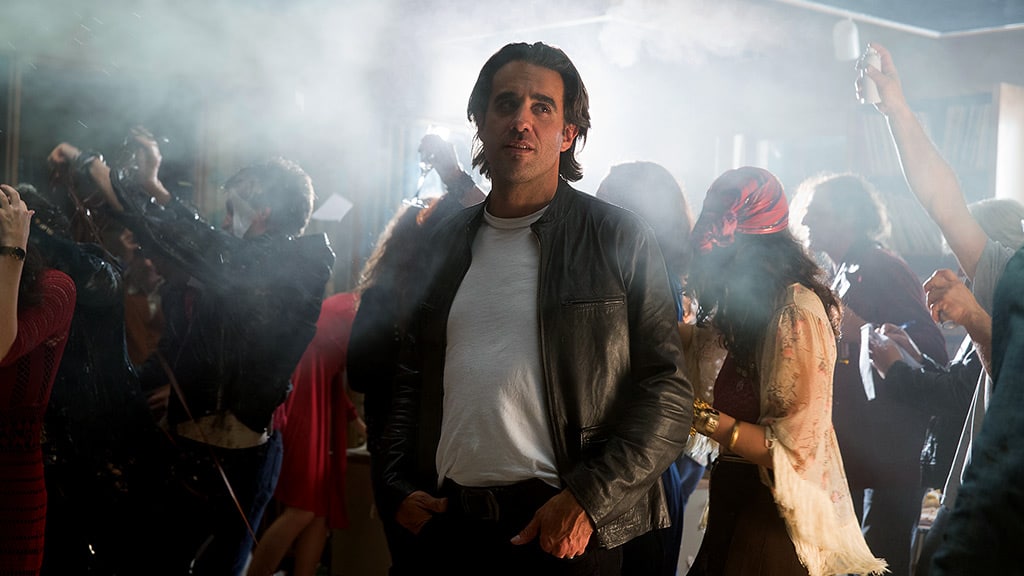 Prior to the penultimate episode of Vinyl’s first season, HBO announced that co-creator and showrunner Terence Winter would be leaving the show, supposedly over creative differences (usually code for low ratings and/or critical disapproval). Although filled with exceptional moments, Vinyl has been disappointing on average, especially compared to Winter’s best television work, Boardwalk Empire and The Sopranos. It’s a show that is unable to find a consistent groove.

Richie’s troubles with the law continue as the episode opens on Richie in a dingy bar meeting the two FBI agents who offered to drop the charges against him in exchange for his help in taking down Corrado Galasso. They make clear that he won’t be wearing a wire, or trying to bait Galasso into admitting anything, which is refreshing. There are so many clichés that come with characters wearing wires (many of which The Sopranos already exploited), so it’s best to avoid that.

Zach is still hurt at how Richie misled him about losing all their jet money, so much so that he decides to give Galasso a visit to rat out Richie. His contract includes a morality clause, so Richie’s recent drug use would be enough to get him fired. However, when Galasso convenes a meeting it’s clear that the real target of his fury is Zach for turning on his business partner and suggesting that Galasso might not make money on his investment. Later, Galasso kidnaps Zach and makes Richie and Joe Corso join up. Galasso’s illegal used car operation was raided by the police after he mentioned it on the recorder in Richie’s office. Richie manages to convince him that Zach doesn’t have the foresight to bring him down, whereas Corso has repeatedly run his mouth. Corso is the one who ends up with a bullet in his head. After that, Richie decides that it’s simply easier to lie to the feds and omits that little detail. 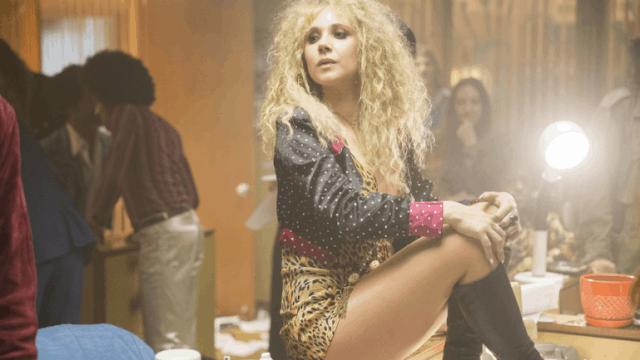 The Nasty Bits are the other major focus of the episode. Kip is jealous of Jamie for having a threesome with him and Alex in the previous episode. (He seems to have conveniently forgotten his role in the affair.) Kip and Alex spar at practice until Kip announces that he’s quitting and storms away.  When Lester and Jamie finally find him again he has overdosed on heroin. They do their best to resuscitate him ahead of the band’s big break, opening for the New York Dolls. Richie even gives him a snort of cocaine, which seems to do the trick.

When the Nasty Bits finally make it on stage, they give a stunning performance, one of the best musical moments of the show. James Jagger’s performance has mostly consisted of a long series of sneers, but here all that posturing finally pays off. Richie’s more interested in a story than a musical performance, so he calls the cops who break the show up after the first song and drag the band away. If only Vinyl could have had more musical moments like this, and fewer of the warmed-over lip syncing kind.

I’ve complained about this show’s treatment of its female characters, and unfortunately the finale is one of the worst offenders. Jamie’s only purpose in this episode is to make Kip jealous enough to create drama, then furious enough to put on a great show. She exists only in relation to Kip and the Nasty Bits. The plight of a woman working at a mostly male record company would be interesting, but the show’s writers seem to think she’s only interesting as a muse for the male characters. As bad as it is for Jamie, Devon gets completely written out of the picture. Not a single moment of screen time for the season finale, despite the fact that she is intimately entwined with Richie’s personal problems. The fact that Richie uses one of her photographs of a Bo Diddley guitar that he smashed through a television for the Alibi Records party is perhaps fitting. Devon’s really only allowed to exist in the show when she can document Richie’s depravity and moral struggle. This time, a picture that she took was good enough to document it. Olivia Wilde can be a great actress and deserves better.

Scott Z. Burns will take over as showrunner for Vinyl’s second season. It’s unclear whether he’ll try to take the show in a significantly different direction (more crime stuff? Less crime stuff? More musical performances? Female characters the audience is allowed to care about?), or if he’ll stay the course and just try to make a higher quality show. Burns has written some fine films for Steven Soderbergh, so there’s definitely promise in his involvement.