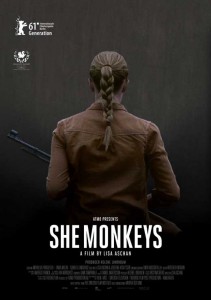 In Spartacus, Crassus and Antoninus coyly discuss sexual preferences in terms of snails and oysters. When it comes to Sapphic teen dramas centred on the world of sport, it might simply boil down to a choice between synchronised swimming and equestrian vaulting. While Céline Sciamma’s Water Lilies was all lingering poolside gazes and hypnotic synthesisers, Lisa Aschan’s equally impressive She-Monkeys treads a much darker line between desire and athletic rivalry.

She-Monkeys begins with Emma (Mathilda Paradeiser) trying out for the vaulting team on which Cassandra (Linda Molin) is the undoubted star. Blonde, poised and supremely confident, Cassandra 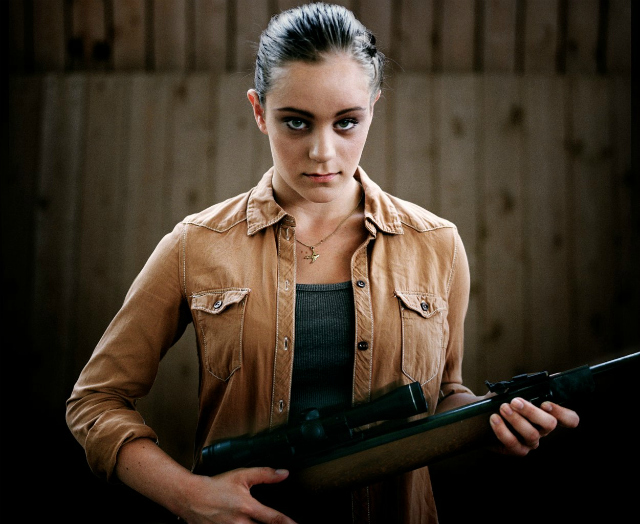 initiates the new recruit into this highly competitive world and helps with her training. But their growing intimacy is undercut with both recklessness and cruelty. Meanwhile, single dad Ivan (Sergej Merkusjev) has his own problems dealing with the burgeoning sexuality of Emma’s younger sister, Sara.

From the outset She-Monkeys depicts a level of intensity between its leads that goes way beyond friendship or budding sexual attraction. Cassandra’s early promise “I can teach anyone anything” proves ominous when her repertoire extends to the robbery and humiliation of an amorous youth. Molin plays her as the more extroverted and physically demonstrative of the pair – a declaration of love is accompanied by a fit of giggles. But when affection turns to possessiveness, you start to wonder who’s really calling the shots here.

The script by Aschan and Josefine Adolfsson convincingly exploits all the uncertainties and ambiguities of first love to construct a story in which we’re never really sure what’s going on. Paradeiser and Molin are well cast, both fearlessly embracing the physical and emotional intensity of their roles. But Emma comes across as the more fully developed character, the one who steals into Cassandra’s bedroom late at night and shows an increasing interest in rifles. 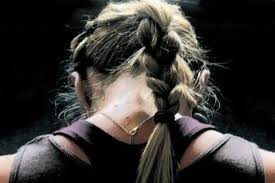 A budding lesbian romance that extends into psychological thriller territory would be impressive enough for a debut feature. But where She-Monkeys really excels is in depicting the shy Emma as part of a fractured family unit that lacks a maternal figure. The distracted Ivan appears totally out of his depth trying to be both mother and father to cherubic seven-year-old Sara. Her unsuitable swimming attire (trunks and no top) raises uncomfortable issues for the adults and sends Sara off in search of the perfect bikini.

Isabella Lindquist’s extraordinary performance as the precocious Sara almost steals the movie. We’re conditioned to pass judgment on men who give even a hint of an unhealthy interest in young girls. But the writers of She-Monkeys bravely turn this idea on its head, by making Sara the instigator of what is (verging on) inappropriate bedroom contact between her and Ivan. They later return to the controversial “scratching” (on the arm) that Sara craves, when she spends the evening with her beloved cousin Sebastian.

It’s all very well pushing sexual boundaries on film, but doing it in a responsible and intelligent way that doesn’t overshadow the rest of the movie is quite an achievement. Watching Sara strutting her stuff in that leopard-print two-piece is cute, funny and thought provoking. But the climax of her story arc also foreshadows what’s happening in the main plot.

Aschan, who worked on a couple of episodes of The Killing/Forbrydelsen, has already picked up awards at Berlin and Tribeca for She-Monkeys. She says she was inspired by the western genre – hence

those rather incongruous shots of a tumbleweed – but I picked up more of a thriller vibe around the atmospheric use of the stables and equestrian arena.

There’s effective use of exteriors here — including shots of a horse galloping across a beach and a lakeside picnic that turns nasty. But overall it’s an unspoken threat rather than heady romanticism that looms over these team-mates. In the beautifully lit scene where Cassandra tenderly puts a drunken Emma to bed, you wonder whether she’s intent on comforting, seducing or just controlling her. Emma’s conflicting emotions are summed up in her enigmatic response, “I want to be like I was before.”