Following up on my previous article, “Watch 15 Great Horror Short Films,” which received a very positive response, I’ve researched and collected 13 more superb horror short films. As with the first article, I limited the choices to stand-alone live-action horror short films not produced for an anthology film and the selections were narrowed down by availability.

In further keeping with the criteria of the first article, animated horror short films and horror-comedy short films were excluded from consideration as both of these categories would make good subjects for their own individual articles. Sorry, Brutal Relax and Fist of Jesus fans.

It should also be noted that a number of highly regarded horror shorts readers might clamor to see in an article like this such as Ryan Haysom’s Yellow continue their long festival runs and have not been posted for online viewing and were therefore not considered for this piece.

Special Note:  Thanks to Can Evrenol and very special thanks to Daniel DelPurgatorio for making his award-winning short Other available earlier than planned so it could be included in this article.

To My Mother and Father

Written and directed by Can Evrenol

Turkish filmmaker Can Evrenol creates an unforgettable nightmare on film with To My Mother and Father. Evrenol is a director whose progress can be easily charted through his short films Screws, Sandik, My Grandmother, and now To My Mother and Father, as each one is a substantial improvement over the last. Evrenol is currently in the midst of a successful festival run with his latest film, the outstanding horror short Baskin, which I hope to include in a future article.

Reality collides violently with fantasy in Teixidor’s debut short film Leyenda, which continues Spain’s strong track record of horror short films that includes Nacho Cerda’s Aftermath and Genesis, David Alcalde’s Happy Birthday to You, and Victor Garcia’s El Ciclo and T is for Tiles. Teixidor and his screenwriting partners create a perfect level of ambiguity that will have most viewers scrambling to re-watch Leyenda.

Written and directed by Daniel Thron

Incorporating a high-tech police procedural element, Spoiler’s unique take on a zombie apocalypse has been accurately described as “Michael Mann meets George Romero” by both viewers and Daniel Thron himself, an accomplished visual effects artist. Let’s hope Thron returns soon to the world of horror filmmaking.
http://vimeo.com/36504335
Other

Accomplished animator, effects artist, and designer DelPurgatorio creates the dark tale of a visionary doctor’s attempt to cure his own terminal illness with unexpectedly grim results. Perhaps best known as the co-director of the animated short Watchmen: Tales of the Black Freighter, Delpurgatorio directs Other in the style of the early David Cronenberg short films with more memorable results.

Written and directed by Brandon LaGanke

Ever wondered what short film you should watch to get yourself in the mood for a screening of Joseph Ruben’s 1987 classic The Stepfather? You found your answer in Brandon LaGanke’s disturbing horror short Play House.

Douglas Buck is correctly considered the godfather of domestic horror in the short film world with his creations Cutting Moments, Home and Prologue. LaGanke creates another classic in the subgenre with this film. Play House is a tremendous improvement over LaGanke’s black comedy short film debut Bunny Boy and shows talent that begs to be applied to a feature film.

At this point in cinematic history, it’s very difficult to make something special in the zombie subgenre. Ben Howling (great name for a horror director) and Yolanda Ramke do just that with Cargo, as the directing duo puts the focus on the devastating personal losses that follow in the wake of a plague of the undead.

M is for Mailbox

In this entry in the ABCs of Death 2 short film competition, Vescio and Gasparini create the type of horror short that could be perceived as the first scene of a feature film in the vein of Pedro Cristiani’s Deus Irae. Both short films lay the groundwork for great horror features that would be exciting to see one day. Put Vescio and Gasparini in the “I can’t wait to see what they do next” file.

M is for Malnutrition

Written and directed by Peter Czikrai

An ABCs of Death 2 contest entry, Czikrai’s zombie short may be slightly over-directed at the beginning but ends up very effectively channeling a classic Twilight Zone feel. Zombie burnout may be growing in the horror community but Czikrai finds a way to hit a fresh note just as Ben Howling & Yolanda Ramke did with Cargo and creates something compelling and memorable. The screenwriter/director is currently on a festival run with his latest horror short film Good Night.

M is for Marble

Written and directed by Zac Blair

In this ABCs of Death 2 contest entry, one tiny out of place item causes a lethal chain of events in Blair’s clever short that channels the “nightmarish downward spiral lurking just under the surface” feel of Aharon Keshales and Navot Papushado’s debut feature Rabies.

M is for Matador

This ABCs of Death 2 contest entry is perhaps best described as a brief glimpse into a confined world of total madness. Luchagore Productions, the company behind this film, previously made the lesser horror short Dead Crossing and are currently on a festival run with their most recent horror short Dia De Los Muertos.

M is for Messiah

Fans of Robin Hardy’s The Wicker Man and Ben Wheatley’s Kill List will be especially attracted to Humphries’ brief, enigmatic, and captivating look at the end of the world made for the ABCs of Death 2 contest. Humphries has directed many short films including the award-winning horror short The Little Mermaid, which he plans to turn into a feature. The screenwriter/director is currently in post-production on his debut feature-a horror film called Death Do Us Part.

M is for Metamorphosis

Written and directed by Robert Nevitt

One of the best and most criminally underrated contest entries in the ABCs of Death 2 competition, Nevitt’s M is for Metamorphosis is a highly accomplished piece that I believe suffered in the voting process by being submitted very close to the entry deadline, preventing it from building up the early head of steam achieved by a number of top vote-getters that were posted early in the contest.

Votes aside, Nevitt’s short is a great improvement over his previous horror short films Fragile, Harvest, and Mortified, and is the filmmaker’s most outstanding achievement to date. It’s an uphill battle for filmmakers as they try to do something unique and memorable in the found footage style of horror filmmaking and Nevitt does just that with M is for Metamorphosis and I’m very much looking forward to what he does next.

Written and directed by Jason Eisener

Best known as the maker of the feature film Hobo with a Shotgun, based on his highly entertaining fake trailer of the same name, Eisener also directed the well-known horror-comedy short Treevenge and contributed the Slumber Party Alien Abduction segment to V/H/S 2. Brief and extremely creepy, One Last Dive is Eisener’s best work to date. 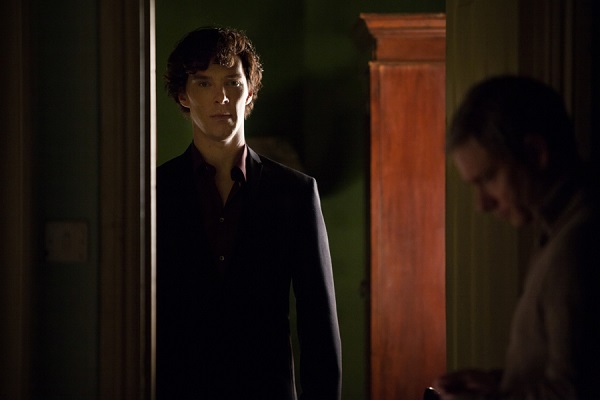 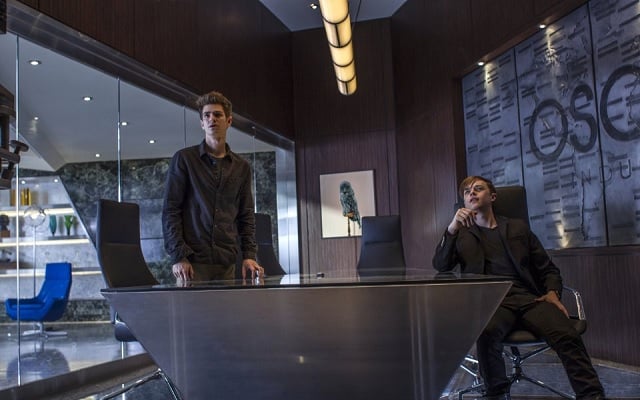