What makes us adopt a custom or a habit? For example, why can I eat a large bucket of popcorn at the movies? I’ll buy the kids their own so they don’t interrupt me chowing down on my popcorn. What is it about movies and popcorn that just seem to go together naturally?

Some words are just suggestive. When we hear the word popcorn, we immediately smell that irresistible aroma. The mouth begins to water because it can taste the butter. Our heads begin to swivel, looking for a movie theater.

We buy a ticket to the latest incarnation of Fast and Furious or Batman, and we load up on the salty, buttery treat we love. Why do we do that?

Contents show
Where Did Popcorn Originate?
When Do Theaters Enter The Picture?
What About Movies?
The Advent Of Hollywood
How Did Eating Popcorn At The Movies Begin?
Talkies
Concessions
Today

Where Did Popcorn Originate? 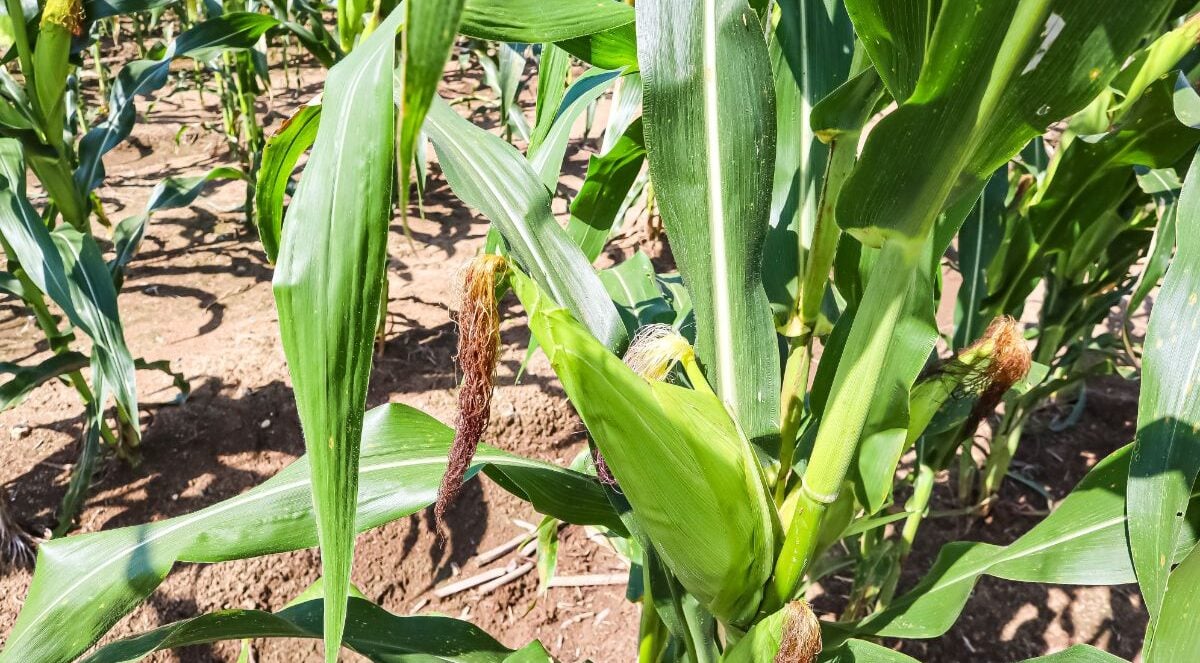 Eight thousand years ago, native peoples in southern and central America found a short grassy plant containing kernels of maize. Maize is the native American word for corn. This particular plant didn’t produce the type of corn that could be eaten. It was so hard, it would crack your teeth if you tried.

What the indigenous peoples found was that when heat was applied to the kernels, they exploded into soft, crunchy little things that formed a wonderful snack. Now, fast forward 6,000 years BCE to what would become Mexico. French traders brought this new kind of corn to North America, from which point it spread to the native American peoples as far as the Great Lakes.

There’s no record of popcorn spreading east of the Mississippi River until around the mid to late 1800s. That was when entrepreneur Charles Cretors mounted a steam engine atop a peanut cart, added lard and butter to it, and began popping popcorn for passersby. In 1900, Cretors loaded his popcorn machine on a horse and buggy so he could reach more customers.

When Do Theaters Enter The Picture? 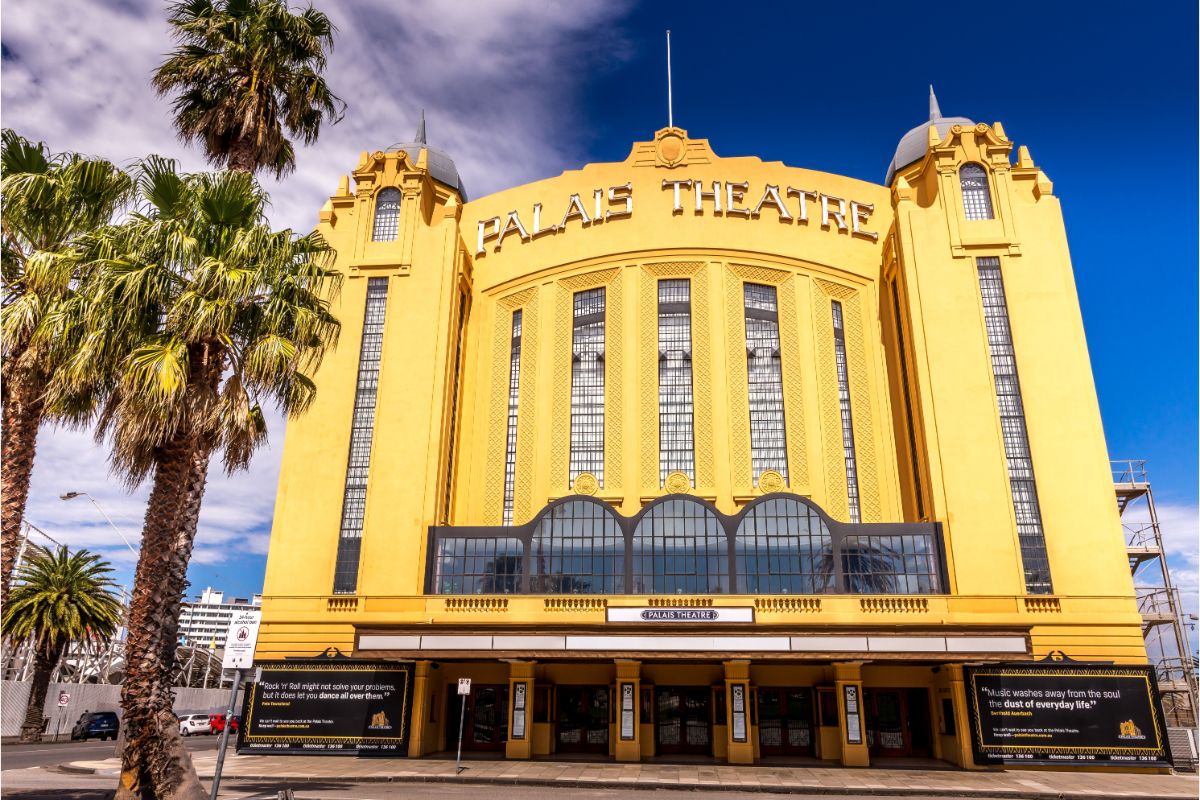 By the beginning of the 20th century, theaters were towering monuments of marble and glass. Uniform-clad men escorted patrons to their seats. The seats were plush velvet, the carpets so thick you sank into them.

The chandeliers were things of beauty. The plush velvet curtains hid a stage constructed of beautiful wood. An orchestra was seated beneath the stage, adding majesty and mystery to the show.

As for popcorn eaten during the show, it wasn’t going to happen. There was no food in the theaters. Mess up the patrons’ tuxedoes with their white silk scarves and their white gloves? Soil the ladies’ wildly expensive gowns and white, elbow-length gloves? Not on your life. Patrons dined before they attended the theater.

Shows in theaters of the late 19th and early 20th centuries consisted of troupes of thespians traveling the country to bring viewers the classics, comedies, and musicals. As the turn of the 20th century happened, the fare changed to burlesque, vaudeville, and variety shows, the music to ragtime, and the plays to the earliest films.

You hear a lot about the nickelodeons of that time. Some were storefronts that enterprising people used to advance the new “movies.” They were called nickelodeons for the nickel the movies cost to see. Some were old theaters that the owners turned into nickelodeons in order not to lose their shirts.

When “movies” became a thing, theater owners converted their stages into movie screens, set up projectors in the back, and started advertising the new medium.

The Advent Of Hollywood 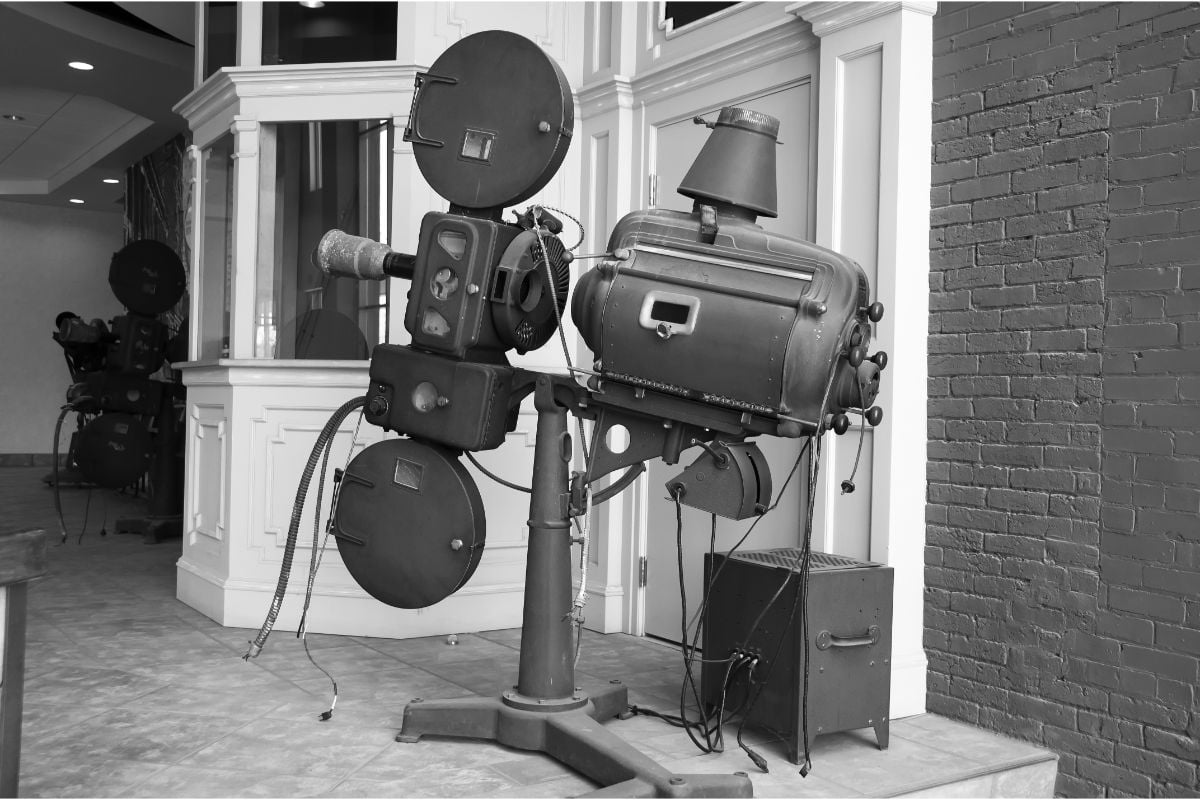 Motion pictures began in the 1890s with several producers all over the world. They began as short views of local life, news of the day or comedies seen through Edison’s one-person viewer called a Kinetoscope. A few years later, the cinematograph, which was a combination of camera, projector, and film printer, was introduced.

Fast forward to the 1910s. Longer pictures were being made. They were telling stories. More and more people were becoming actors, studios were being built to accommodate them and the filming, and dedicated theaters were being established all over the country to show these films.

How Did Eating Popcorn At The Movies Begin? 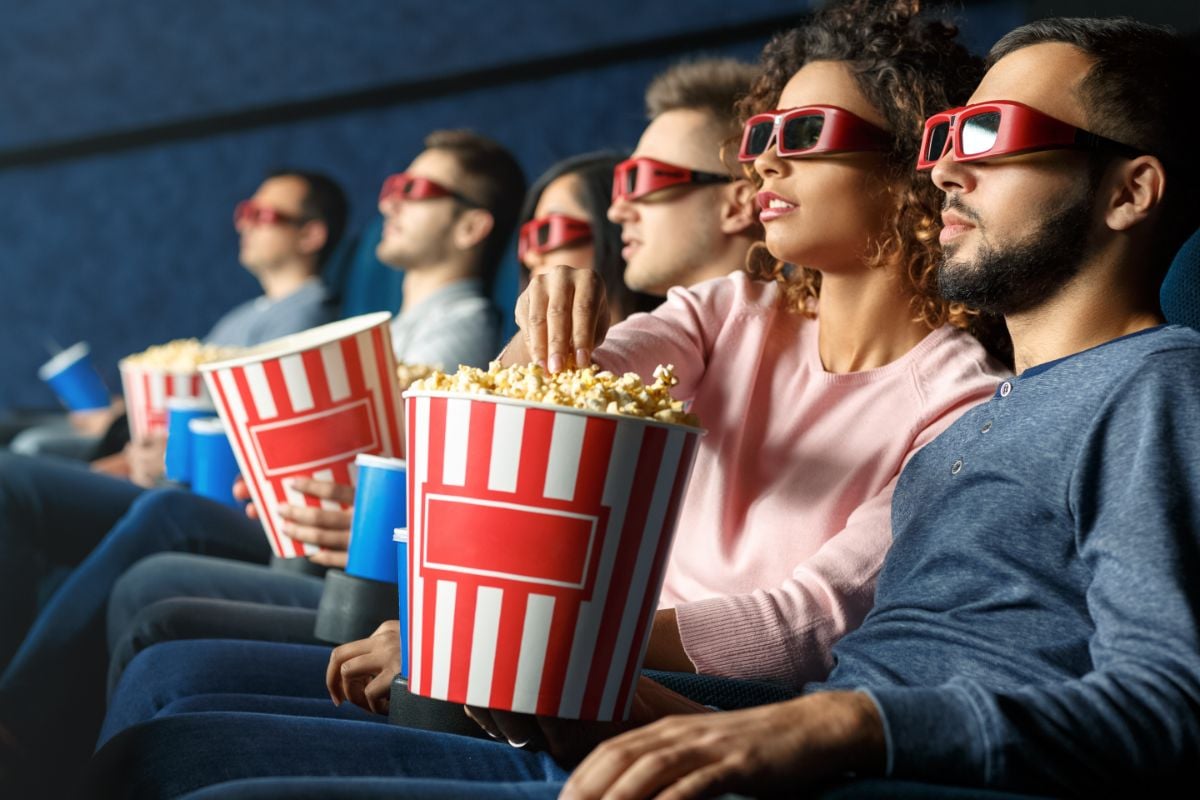 Theater owners didn’t want their beautiful theaters to be spoiled by feet grinding popcorn or other foods into their carpets. Since movies were silent at the beginning, they included captions so viewers could follow the story. The theater owners also cringed at the thought of viewers becoming upset at the sound of other viewers chewing on food.

The advent of sound in moving pictures in the late 1920s and early 1930s meant that no one would care. Movie attendance shot up to about 90 million viewers. Still, theater owners resisted the thought of food in their theaters. At that time, it cost a dime to see a movie.

Popcorn cost a nickel or a dime per bag. Vendors set up outside the theaters selling their buttery wonders.

The Depression meant that even the poorest people could spend a dime on a moving picture along with a dime for their popcorn. In those grim times, everyone piled into theaters to forget their troubles for an hour or two. Unfortunately, they had to check their popcorn with their coats. 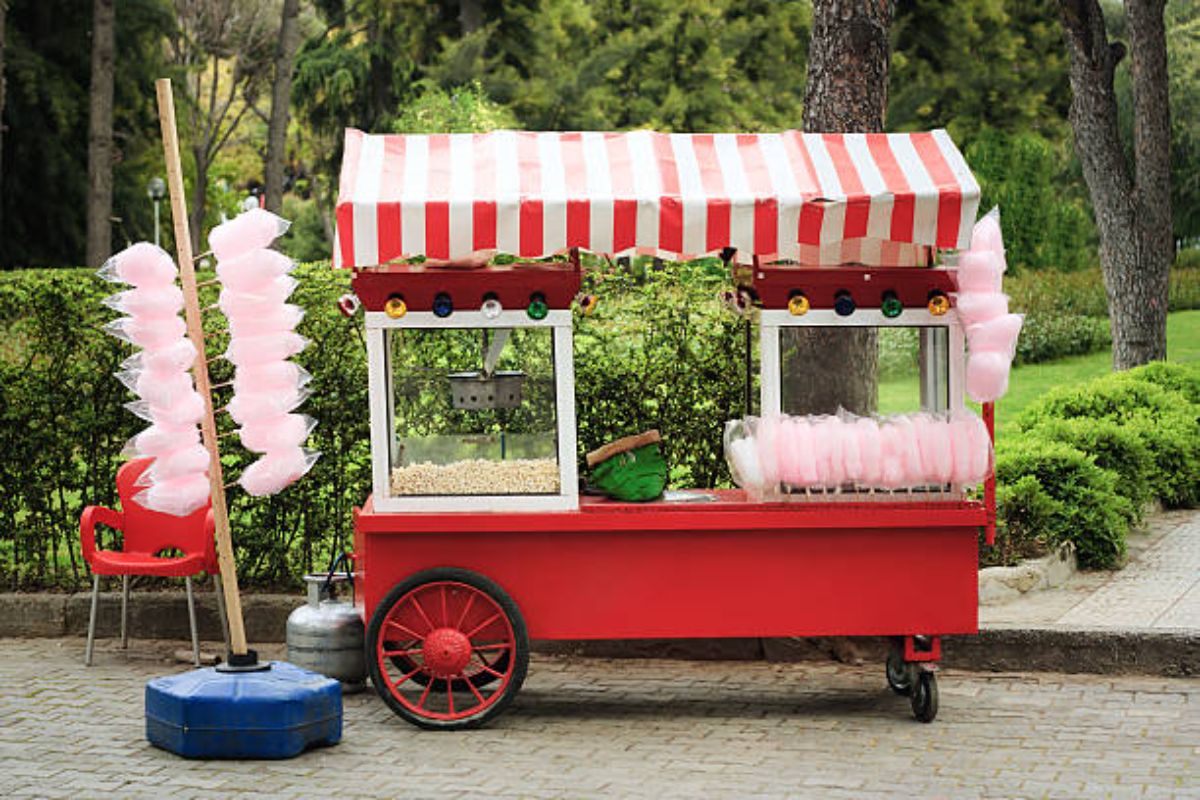 Now theater owners woke up to the fact that, in this terrible Depression, someone else (popcorn vendors) was making money they could be making for themselves. Theaters of that time weren’t equipped with cooking apparatus or venting for the same. That meant a re-do of the lobby so concessions could be established.

The case for concessions was cemented by a theater owner in Dallas. He established popcorn concessions in 80 of his theaters, leaving five of the plushest without. Two years later, the plush theaters with the best-bred patrons failed. The 80 broke records with their concessions and their profits.

By the end of WWII, popcorn and movies were inextricably bound. Theater owners pushed their concessions with advertisements consisting of dancing hot dogs, talking candy, and of course, smiling boxes of popcorn. Voices over microphones urged patrons to visit the lobby for their food and libations.

As television, DVDs, and streaming services took business away from theaters, popcorn has remained popular through it all. Today, we buy huge bags of the treat, boxes of microwave popcorn, as well as flavors like white cheddar, cheese, bacon cheddar ranch, white cheddar jalapeno, caramel, and any flavor or color you can dream up.

Popcorn is combined with nuts, dried fruits, and other snacks to form a trail mix. It’s eaten as a snack for those on diets. So eat up!