Nirvana has had a massive impact on the music scene during the 90s. The band was formed in 1987 and started in Aberdeen. Their influence on grunge and rock music was huge until Kurt Cobain’s tragic death.

It doesn’t mean to say that grunge has also died. There’s actually a lot of other great bands who share a similar sound. Alice in Chains, Pearl Jam, and Mudhoney are a few of the standouts who sound like Nirvana.

While the group has only left us three studio albums, their music marked a massive impact that is evident with their huge fan base. If you can’t get enough of the band’s music, here are more artists related to this group.

Introduction: Many critics rate Alice in Chains as better than Nirvana because of its extensive body of work, number of albums, and lead singer Layne Staley’s unique style and soulful delivery. The group was formed in Seattle in 1987, and it is considered one of the top grunge bands. Formed by vocalist and guitarist Jerry Cantrell and drummer Sean Kinney, the band proceeded to recruit Mike Starr as bassist and Layne Staley as lead vocalist in 1993.

See also  Elementary, Ep. 1.04, "The Rat Race": Holmes in the face of temptation

Similarity to Nirvana: Both bands had their roots in Seattle’s alternative rock scene. Many fans of the band feel Alice in Chains got a raw deal by being overshadowed by Nirvana, which was a less technically talented band. Nirvana has more of a pop sound while Alice in Chains produces haunting melodies with metallic overtones.

Introduction: The Pixies formed in 1986 in Boston, Massachusetts. The group’s co-founders include Black Francis, Joey Santiago, and David Lovering, and Kim Deal. Deal left the group in 2013 and was replaced by Kim Shattuck and later by Paz Lenchantin in 2014.

Similarity to Nirvana: Kurt Cobain allegedly feared that his top tune, “Smells Like Teen Spirit” would be considered an attempt to copy the Pixies. Obviously, there were tremendous similarities in the groups’ music.

Introduction: Soundgarden was formed in Seattle in 1984 as a rock band. Chris Cornell, a singer and rhythm guitarist, and lead guitarist Kim Thayil joined together in the startup band. They are the only musicians who have appeared on every album. Matt Camaeon joined as drummer in 1986, and bassist Ben Shepherd joined in 1990 until the group’s break-up in 1997.

Genre: Pioneers of the grunge movement, Soundgarden blended elements of punk rock and heavy metal to create a murky sound with fuzzy sounds of distortion, a distinctive sound.

Similarity to Nirvana: Soundgarden ranks among the earliest developers of grunge, which is also known as the Seattle sound. The band’s tunes typically follow the common grange themes of social alienation, neglect, abuse, and betrayal. 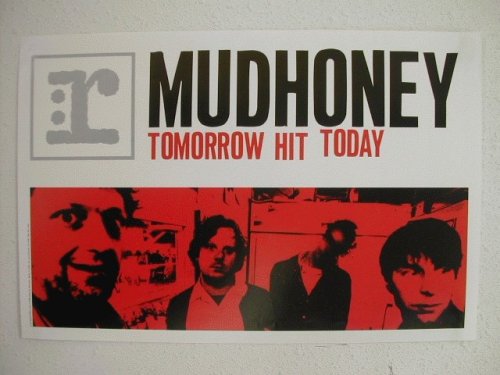 Introduction: Mudhoney formed in 1988 in Seattle. Lead guitarist Steve Turner, rhythm guitarist and singer Mark Arm, drummer Dan Peters and bassists Guy Maddison and Matt Lukin started the alternative band. Matt Lukin left the band in 1999, but he rejoined briefly for a tour that ended in 2001.

Genre: Although the band didn’t achieve much commercial success, it had a big influence on the breakout bands of the grunge genre. The band initially adopted punk rock as its role model.

Number of Albums Released: Mudhoney released 10 studio albums, five extended plays, four compilation albums, one live album and 20 singles. These releases don’t include any of the other albums released by individual band members as part of other band projects.

Similarity to Nirvana: Mudhoney actually had a big influence on Nirvana’s music and other bands of the grunge era.

Introduction: Pearl Jam follows the rags-to-riches template of many of the era’s grunge bands — a journey from a Seattle basement to the Rock & Roll Hall of Fame. The band came together in Seattle in 1990 with founding members Jeff Ament on bass guitar and Mike McCready on lead guitar. Stone Gossard played rhythm guitar, Eddie Vedder handled lead vocals and guitar and Matt Cameron kept the beat on drums. Drummers Dave Krusen, Jack Irons, and Dave Abbruzzese also joined and quit the band over the years.

Genre: Although considered to be the top grunge band of the 1990s by many people, band members list their genre as “punk rock.”

Genre: The official genre of the Foo Fighters is simply rock, but many consider them as leading members of grunge rock, punk rock, or alternative rock.

Similarity to Nirvana: Initially compared to Nirvana, Foo Fighters has taken on its own identity over the years as a bastion of alternative rock.

Introduction: Smashing Pumpkins was a rock band that formed in Chicago in 1988. Frontman Billy Corgan, bassist D’arcy Wretzky, guitarist Jame Iha and drummer Jimmy Chamberlain were the original band members. Over more than 30 years, there have been many changes in the line-up, and current band members include Chamberlain, Corgan, Iha, and guitarist Jeff Shroeder.

See also  Arrow Ep. 3.08 "The Brave and the Bold" a fun departure from an uneven season

Similarity to Nirvana: Although seen as a follow-up group to Nirvana, the Smashing Pumpkins have established an identity that veers away from grunge into alternative genres that criss-cross the lines.

Introduction: Stone Temple Pilots started in San Diego in 1989. Lead vocalist Scott Weiland and brothers Dean DeLeo, Robert DeLeo and Eric Kretz, who played guitar, bass, and drums respectively, came together to play alternative rock music. In 2013, the group fired original founder Weiland. Chester Bennington joined the group in 2013, but he left in 2015. The band launched a search for a new lead vocalist in 2016 and announced that Jeff Gutt would assume the role in November of 2017.

Similarity to Nirvana: Roadies tell the story that Kurt Cobain once confronted Stone Temple Pilots with the statement that people told him that the Stone Temple Pilots band sounded a lot like Nirvana. Scott supposedly took a dollar bill out of his wallet and offered it to Cobain as a royalty payment. The band’s earlier work is indeed similar to Nirvana, but later releases show that Stone Temple Pilots follow their own path.

Similarity to Nirvana: Jane’s Addiction broke the mold for alternative rock, and pigeon-holing the band is an exercise in futility. That said, the band’s early influences include Nirvana, but the songs are just as likely to dissolve into humor as despair or hopelessness. 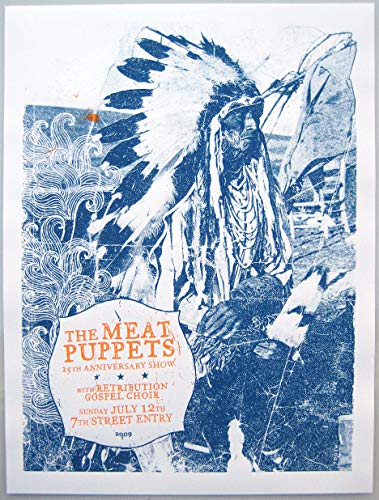 Introduction: Meat Puppets was one of the earliest groups that embraced the kind of music that was eventually called grunge. The rock band started in Phoenix, Arizona, in 1980. The original band members included Curt Kirkwood on vocals and guitar, his brother Cris on bass and vocals and Derrick Bostrom on drums. The group started out as a punk rock band, but the musicians quickly put their own stamp on the music by adding country, psychedelic rock, and grunge. The band appeared as guests of Nirvana on MTV Unplugged.

Genre: Meat Puppets has been influenced by alternative rock, and MTV propelled them solidly into the popular grunge scene. However, the group is also credited with starting the cowpunk genre.

Similarity to Nirvana: Meat Puppets songs were performed by Nirvana and vice versa. The Meat Puppets tune “Plateau” was one of the most popular. Meat Puppets eventually stretched in new directions, but the band will always be known as a supporter and associate band of Nirvana.

Introduction: Sonic Youth was a rock band based in New York City that started in 1981. The founding members included Thurston Moore on vocals and guitar, Lee Ranaldo on vocals and guitar, and Kim Gordon on bass, guitar, and vocals. The band emerged from the experimental no-wave music scene in New York. No wave wasn’t so much a genre as a commitment against going commercial.

Genre: Sonic Youth was known as a pioneer in noise rock and alternative rock. Their body of work has also been classified as experimental, post-punk, and indie rock.

Similarity to Nirvana: Sonic Youth toured with Nirvana in 1991, which firmly established Sonic Youth’s association with Nirvana. Despite an eclectic body of work that crossed genre lines, the youth, energy, and passion of both groups clearly generated a close connection in the minds of followers of both bands. 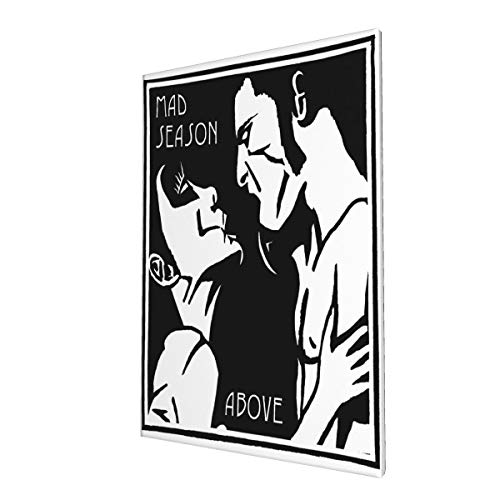 Introduction: Mad Season started in 1994 as a side project of established members of Seattle’s grunge scene. The band’s principal members included Pearl Jam’s guitarist Mike McCready, Alice in Chains singer Layne Staley and Screaming Trees drummer and bassist John Baker Saunders. The band didn’t last long, about 10 years, but the group’s influence grew because of its influential band members in the grunge genre.

Genre: The group came from Seattle’s grunge scene, and grunge and alternative rock were clearly its main influences.

Similarity to Nirvana: The group was formed to promote grunge, and after Cobain’s suicide, that was a relatively easy job as Nirvana quickly gained legendary status.

Introduction: Green River was started in Seattle in 1984 by vocalist and guitarist Mark Arm, drummer Alex Vincent, guitarist Steve Turner, and bassist Jeff Ament. Stone Gossard would later join the band to give Arm more time to sing. The band disbanded in 1988.

Genre: Genres that have been applied to Green River include Indie, Alternative Rock, and Jazz.

Similarity to Nirvana: Green River had a minimal commercial impact, but big-name musicians and a creative body of work resulted in a strong following among up-and-coming musicians. The influence of big-name musicians in the grunge genre is the primary reason why the two bands are associated.

Introduction: Local H evolved from a high school band called Rude Awakening. The band formed in 1987 when Scott Lewis and Joe Daniels began jamming with Matt Garcia and John Sparkman. Local H was created in 1990 at the University of Wisconsin. Sparkman left the band in 1991, and Garcia left in 1993. Looking unsuccessfully for a bassist, the two remaining musicians decided to work as a duo.

Lucas and Daniels struggled along, but Daniels left in 1999. He was replaced by Triple Fast Action drummer Brian St. Clair, and the band began enjoying more commercial success — such as working on the Britney Spears single “Toxic.”

Genre: The band passed through several genres during its adjustments to band members leaving the band. Originally, the band had strong ties to grunge, but pop and alternative rock also were strong influences.

Similarity to Nirvana: Local H performed as Nirvana in remakes of the band’s biggest hits. 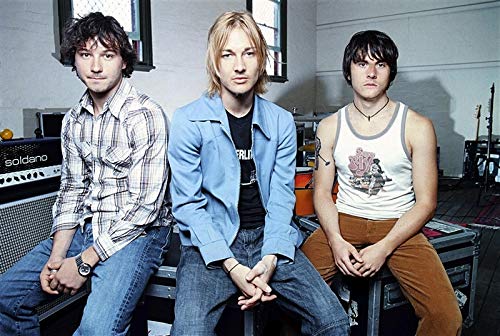 Introduction: Silverchair is an Australian band that started in 1992 as Innocent Criminals in New Castle, South Wales. The band got their big break in 1994 after winning a national demo competition. The kids were all born in 1979, and the group organized while the kids were still in school. Singer and guitarist Daniel Johns, drummer Ben Gillies and bassist Chris Joannou joined together, and the name of the band was changed to Silverchair in 1994. The group has become Australia’s most acclaimed band winning the most ARIA Music Awards ever.

Genre: The genre assigned to Silverchair varies but usually includes alternative rock and grunge. As the band has matured over the years, its genre influences have changed. Original influences include Nirvana, Soundgarden, Pearl Jam, and Alice in Chains.

See also  Everything is a Remix – ‘Kill Bill’

Similarity to Nirvana: The early influences on the band followed the plaintiff voice of Nirvana, but the sound has matured to include other alternative rock influences like Black Sabbath and others.