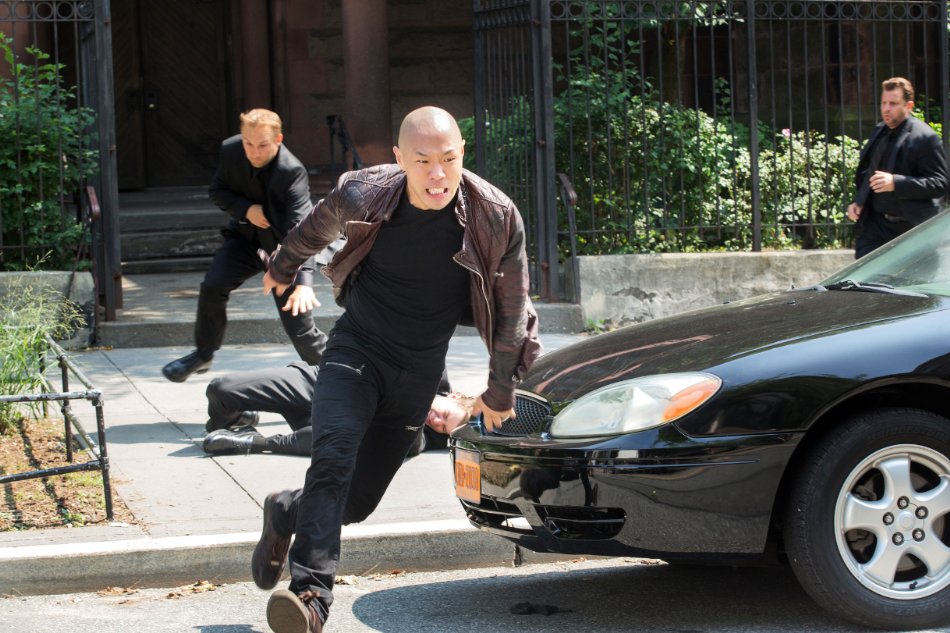 At the risk of digression, it’s worth pointing out how Banshee is in a similar situation right now to where The Walking Dead was a few months ago. The insanely popular zombie series had a third season building up to a confrontation that never really happened or resolved, and it wasn’t until the midseason finale of the current season that some conclusiveness was brought to that part of the story. Banshee didn’t, by any means, thoroughly disappoint viewers in the same way with the Rabbit confrontation last year. That battle did take place and our heroes technically beat the Ukrainian crime lord. It might have been the youth of the series that helped decide it was best to not let Rabbit die, though, so that he could wreak some more havoc on our protagonists. As much as I enjoy Banshee and champion it for how far it has come in such a short time, I did feel a lack of confidence in that decision back in the season one finale – that Proctor or any other new antagonists wouldn’t be enough to carry the load as the main obstacles for Hood and company. Yet, here we are at the end of another season of Banshee with Rabbit in the crosshairs once again, and I’m feeling much better about a delayed conclusion to his story than I was about finally seeing the end of the Governor in The Walking Dead.

Part of that comes from the confidence that Banshee has proven that it actually has this season by killing off key characters when their deaths have made sense. Just last week, the threat of sticking Proctor behind bars was made good on, and the ways Ana and Hood talk about this Rabbit situation with finality give no indication that there’s going to be any ambiguity or loose threads where Rabbit is concerned by this time next week. Ana has finally made the transition back to being Carrie; killing her father is the final step. What that means, though, is that fans who have been patiently waiting to see a showdown with Chayton this season (me, among them) will have to settle for another Rabbit-centric finale (boo hoo). I could be wrong there, but given that our main characters are in New York and not Banshee, it wouldn’t make sense to focus on anything Kinaho-related other than whatever’s happening with Alex. And while that disappoints me to the extent that a couple episodes of Geno Segers is not enough, the potential of seeing him as a series regular starting next year is more than enough to make up for it.

Penultimate episodes in a season of television usually suffer from over-reliance on exposition, because that’s just how they function. It’s something totally excusable, because these episodes are meant to build up to the big bang of the finale, which – if any show on TV right now could pull off – Banshee should be able to deliver with an exclamation. That said, there’s nothing about the beginning and end of “Homecoming” that drags. Hoon Lee finally gets the badass moment of an episode via his infiltration of the church Rabbit is being held at. Again, all the awards in the world deserve to go to Banshee‘s stunt coordinators, Marcus Young and Jimmy Romano, and this opening in particular is fantastic right up to Job getting hit by a car (which is unfortunately comedic because of the effects, but we’ll let that slide). So, too, does the final fight in the hospital excel on every technical level, and specifically in the sound department. Yaitanes delivers some of the series’ best work here, following Job through corridors and crouching down with Ana behind some cover. If the stuff in between is more typical of a table-setting episode (more on that below), these two sequences sandwich “Homecoming” in a way that makes it much more viscerally exciting than it has any right to be, even considering that this is Banshee.

There are some narrative decisions, however, that I’m curious about. The Rebecca-Alex scene comes out of left field or else I’ve not been paying enough attention to the events that would have led up to it. It’s certainly interesting from the perspective of Rebecca gravitating towards whoever possesses power while her uncle is in jail. And I suppose a relationship like that could be a hell of a way to greet Proctor once he gets out. But it still feels off and/or rushed (though Rebecca certainly finds ways of getting into unusual situations…).

What is infinitely more effective is Jennifer Griffin’s knock-out scene as Leah Proctor when she visits her son. Just when I thought we were back to making Proctor the evil guy he started out as in this series, he’s humanized more than he ever has been. It seems redundant to say that Ulrich Thomsen’s work here is brilliant, but Proctor rarely gets the chance to express some of the difficult things he goes through, especially his lingering and troubled past with his family, so this is absolutely a highlight of not just “Homecoming,” but this season of Banshee as a whole.

We also get Reg E. Cathey (you may know him as Freddy, the man who serves Kevin Spacey ribs in House of Cards) as a federal replacement for Racine. Cathey’s Det. Bonner is another character who recognizes Hood and can serve as a potential obstacle for our hero if the writers don’t kill him off next week and decide to keep him around. Even though I’m still a little peeved about Racine going down so soon, it’s good to hear his name brought up on the eve of Rabbit’s probable demise. This was his case, after all, and he deserves some posthumous recognition.

I’ll have more things to say about this season of Banshee overall in my review of next week’s finale, but at this point, I’m happy to see these final episodes pick a direction and stick with it. After “The Truth About Unicorns,” Banshee could have been just about anything it wanted to be, but it’s largely stuck to its roots while also maturing in a way that hopefully hasn’t alienated some of the fans who liked it more when it was straight-up pulp. It’s hard to imagine those fans not liking the action in “Homecoming,” though. And it’s harder to imagine that next week will be anything but a hell of a ride. Break out your best bourbon, people.