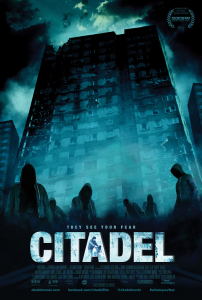 Written and directed by Ciaran Foy

Every time you walk down a dark alleyway, you’ve felt it. Every time you’ve waited for the bus late at night, you’ve felt it too. Every unsolicited knock on the door, tap on your shoulder, distant chorus of laughter, and sudden hush of silence, you’ve felt that feeling course through your body: that intrinsic and deep-seated fear of the unknown and the unseen. In an urban setting, these feelings are ever-present and persistent, and in Ciaran Foy’s Citadel, they’re expertly amplified and actualized.

The story follows a man named Tommy (Aneurin Barnard), a single father inflicted with a severe case of agoraphobia after his wife (Amy Shiels), who was pregnant at the time, was attacked and killed by a gang of hooded delinquents. At his wife’s funeral, the priest (James Cosmo) warns Tommy that his baby daughter is in imminent danger, and that the gang, whom are from mysterious origins, is intent on taking her away. With the help of a well-meaning nurse (Wunmi Mosaku), Tommy resolves to leave the dangerous confines of the city, until a series of events leads him back to the same tower block where his wife was killed.

The best way to describe Citadel is to say it’s a cross between Roman Polanski’s Rosemary’s Baby and Daniel Barber’s Harry Brown. Combining the urban paranoia of the former with the urban decay of the latter, the film hits on a nerve that seems a bit far-fetched on the surface, but feels all too real and believable. Yes, there are fictitious elements thrown into the film, but they all represent tangible and real-world fears, a concept that’s incorporated into the film’s mythos. Consequently, the tension is deliberate and insidious, building each scene with a careful accumulation of dread until it reaches a precipice of anticipation (this is helped immensely by Mr. Barnard wonderfully tortured performance). 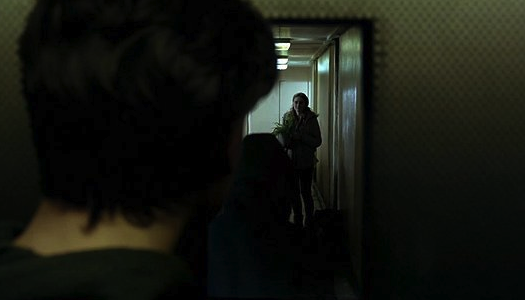 From the onset, it’s clear that Citadel has a biting point to make; as well as portraying the feral hoodlums as demons, both literally and as a metaphor for Tommy’s inner conflict, a stronger connection to the surrounding infrastructure can be made. Almost every major scene of tension in the movie is directly caused from a failure of social facilities or amenities; the faulty lifts, the periodic blackouts, the poor phone reception, the understaffed hospices, the trifle public transport system.

The film makes the point that, yes, the hooded demons are criminals, but the socio-economic situation they inhabit (or lack thereof) is something that shouldn’t be ignored as a facilitator of their actions. Furthermore, there’s a broader claim about how both the building and its denizens were forsaken by our collective refusal to address the social problems we, in part, helped create. In Field of Dreams, it said, “if you build it, they will come”. Citadel is what happens when you build it and then abandon them. 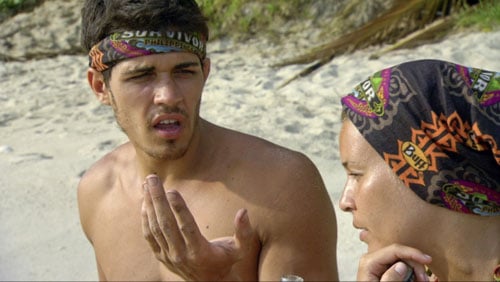