I’m going to be honest, I don’t watch that much TV. When I saw an ad for HBO Max, at first I just dismissed it. Does it really have anything to offer that other streaming services don’t? Is it worth an extra $14.99 a month? I’m curious by nature, so I decided that I needed answers to these questions. With the 7 day free trial, what did I have to lose?

HBO Max is a streaming network through HBO. Similar to other streaming services, it offers both original content and content featured on the HBO channel like blockbuster movies and big-budget dramas. 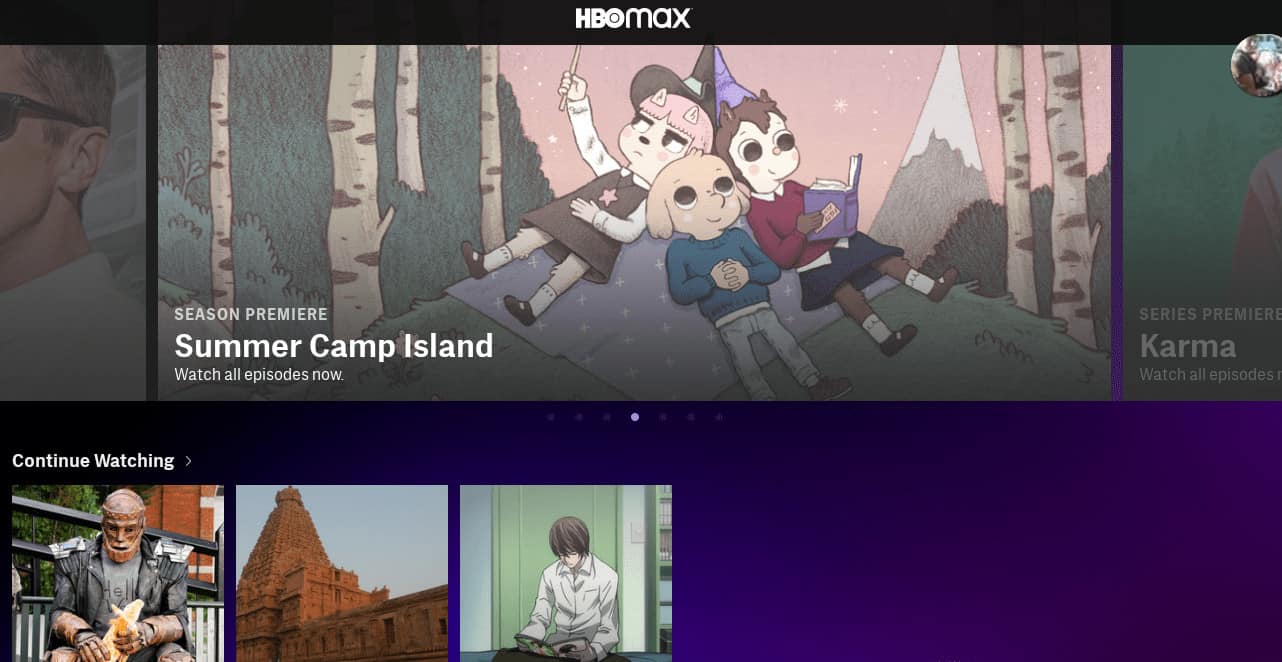 HBO will be getting rid of HBO Now sometime in the near future, and renaming HBO Go “HBO”. Hold on to your seat because there’s more confusion to come. HBO Now and HBO Go can be watched from nearly any device, but HBO Max hasn’t quite gotten there yet. They haven’t yet secured deals with Amazon or Roku. This means you won’t be able to use the app on your Fire TV, Firestick, or Roku device.

Don’t count HBO Max out just yet, though. They state that they are working with these major players and already have apps for the devices ready to go once a deal is reached. While this is a current con of HBO Max, there’s a big pro as well. It offers twice as much programming as it’s counterparts. If variety is the spice of life, HBO Max might survive it’s growing pains.

HBO Isn’t Just for the Over 40 Crowd Any Longer

Some streaming services, like Netflix, seem intent on offering a lot of everything and trying to reach all demographics. Others, like Crunchy Roll, cater to a very specific demographic. HBO has traditionally been aimed at older viewers, particularly those over 40. HBO Max is designed to attract a younger crowd. Much of it’s content is designed for young adults, with some offerings for kids as well. If you aren’t part of the younger audience, don’t forget that the traditional HBO content is available as well.

While not technically a Young Adult, I love a good R.L. Stine anthology. Setting up HBO Max took about a minute. I used my laptop, so I didn’t need to download the app to try out the service. I entered my personal information and created a password. Added my credit card and I was in. Next was an option to create other adult and kids profiles. I skipped this and went straight to the content page.

I began scrolling, and I found the setup very intuitive. In addition to the standard Featured movies, edge of your seat thrillers, and bingeable laughs, they have Max Hubs. These include Sesame Workshop, Cartoon Network, DC, and Crunchy Roll. Have I found my new anime paradise?

I clicked Crunchy Roll. I was disappointed by the selection offered by the hub, but there was an interesting feature. A few of the shows, including a personal favorite, Deathnote, have some of the most memorable episodes displayed. If you’ve ever wanted to watch that one episode where Xyz happens, this could be a good feature. If you don’t mind spoilers it’s also a great way to dive in and see if a show is for you. Further browsing revealed that many pages have this feature, including Batman’s best villains for the DC page.

HBO Max claims to have double the content as traditional HBO. I was expecting a lot of content, which I didn’t find on the platform. However, the content that is there is all quality. I found several things that I wanted to watch and thoroughly enjoyed. If you are searching for a large quantity of content, you won’t like HBO Max. If you don’t want to browse through 50 B movies to find one thing you actually want to see, it has you covered. 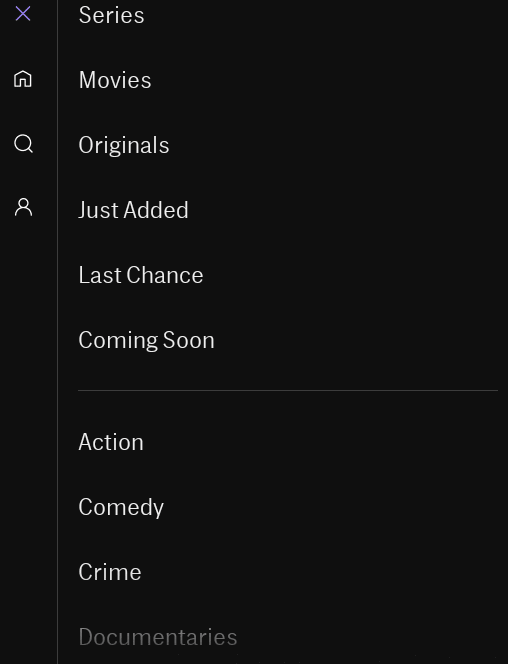 Downloading an app these days is a lot like saving a phone number. You do it when you know you are going to need it again and want to keep it around for a while. So I went to the Play Store and downloaded HBO Max. The interface is basically the same. I was using the same device (thank you Chromebook), and it did stop playing in the web browser when I opened the app.

Unfortunately for someone who has a hard time sitting still and focusing on one thing, but you can’t win them all. I noticed it has an option to sign in with a tv provider or an HBO Max account. This provides the same options like HBO Now or HBO Go in one app.

HBO Max is well designed. From content to layout, it’s all about quality over quantity. It’s simplicity makes it easy to use and visually appealing.

One feature that I like about HBO Max is the ability to download shows to watch offline. This is something the majority of streaming apps don’t offer. I’m looking at you, Hulu. Even in today’s wirelessly connected society, there are times when you want to watch a show and don’t have internet access. The feature can work particularly well for parents. Turn on airplane mode before handing a child your phone, and they only have access to what you have downloaded.

Using the app or site is easy and intuitive. Once you’ve found a show that you are interested in, a tap will bring you to the show’s page. From here you can add it to your list, download it, and of course, watch it.

Trailers are often included for movies, which can give you an idea of whether or not you will like it before you begin watching it. There’s also a synopsis for everything. Movies have a synopsis. Series have an overall synopsis and one for each episode. They offer a more accurate and detailed overview than Netflix, and they include full credits and extras for each movie or episode.

The one thing I don’t like about using HBO Max is that you can’t add shows to your list directly from the main menu. If a few shows catch your eye, you’ll have to go back and forth to add them. My other issue is that there’s no information given about the titles from the main menu.

See also  'The Dark Mirror' is a neat, if sometimes shaky, depiction of rival sisters

Wondering whether it’s a comedy or a horror movie? Want to get a general idea of the plot line? You have to click the show to get this information. Sure there’s a back button, but I find it frustrating that there’s no information about the shows when you are searching. 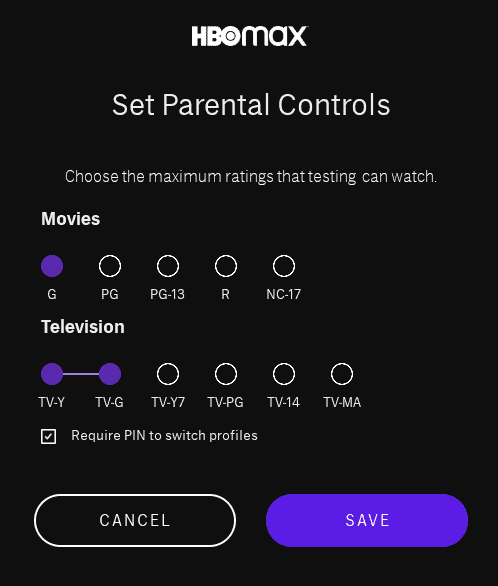 HBO Max’s profiles are extremely quick to set up. They aren’t going to have you spend ten minutes selecting the types of shows you like to watch. This means the content you see isn’t curated based on your preferences, but it’s really not an issue. HBO Max doesn’t have a huge library, which makes curating content pretty unnecessary. The adult profiles will have your watchlist, continue watching, and downloads.

HBO Max is geared towards the younger crowd, including children. Of course, there’s quite a bit of adult content as well. Kids profiles allow you to choose the ratings your child is allowed to watch for both movies and tv shows. You can lock the profile with a pin. When the lock is enabled, you have to enter it to switch to an adult profile.

This keeps kids watching what you want them to watch, and keeps them safe from inappropriate content. You’ll need to enter your child’s age, which allows HBO Max to feature content that’s age-appropriate so they can find it easily.

You won’t find the HBO Max app on Roku or Amazon just yet. However, you can watch it via Chromecast. It’s available as a mobile app for Android and Apple devices. You can watch it on Windows 7 or later and Apple computers. Browsers Chrome, Firefox, Microsoft Edge, and Safari are supported.

If you want to watch it on your TV (and come on, who doesn’t), you can do so with Android, Apple, and Samsung TV (2016 or later). If you have a gaming system, you can watch HBO Max on Playstation 4 and Xbox One. Chromecast and Apple Airplay (2nd-3rd generation) are also options. If all else fails, you can plug an HDMI cable into your laptop or other devices to cast to your TV.

Ratings from 1-5 with one being “Why does this even exist” and five being “where have you been all my life”.

HBO Max gets a five for ease of use. It is easy to use. Its interface is intuitive and clean. Different profiles allow you to save your favorite shows. You can also pick up where you left off with the playback feature.

I’m giving it a four for value. HBO Max provides high-quality content. However, the quantity is lacking. It’s more expensive than most streaming services basic packages. However, HBO Max allows you to watch three screens at once.

HBO Max gets a five for customer support. The help page has answers to many commonly asked questions and issues, and you can search for what you need help with. They also offer a wide range of contact options. The instant chat option is recommended for most issues. When you select it, you’ll first chat with a help bot.

If they can’t solve your issue in a message or two, you are given the option to chat with a customer advocate. They respond quickly and are friendly. Other contact options include phone, text, and email. I like that text is a contact option. It’s often much more convenient than a lengthy phone call.

I’m giving a four for features. Multiple profiles, parental controls, and the ability to download episodes are all great features. However, it loses a point for not being available on Roku and Amazon devices yet. I’d dock a point for it not displaying any information about shows without having to leave the search results, but when it does display the information it’s so detailed it earns the point back.