The Walt Disney Company has created one of the most immense catalogs of animation in existence. Those who are not diehard Disney fans may not realize that the Disney content vault also includes television shows and live-action films. With Disney+, the famed firm created a streaming service that provides access to all of them. 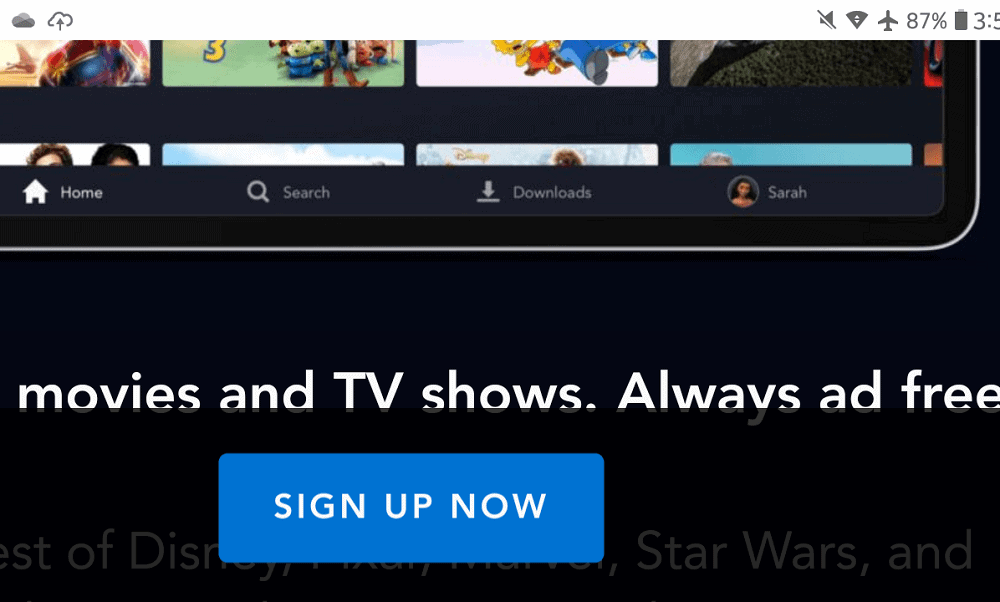 Disney+ provides about 500 films and 7,500 television and web episodes which makes it similar to Netflix and Amazon Prime. You pay a flat fee for the Disney+ content. It differs from VuDu because there is no additional charge for any movie or TV show.

The Look of the App 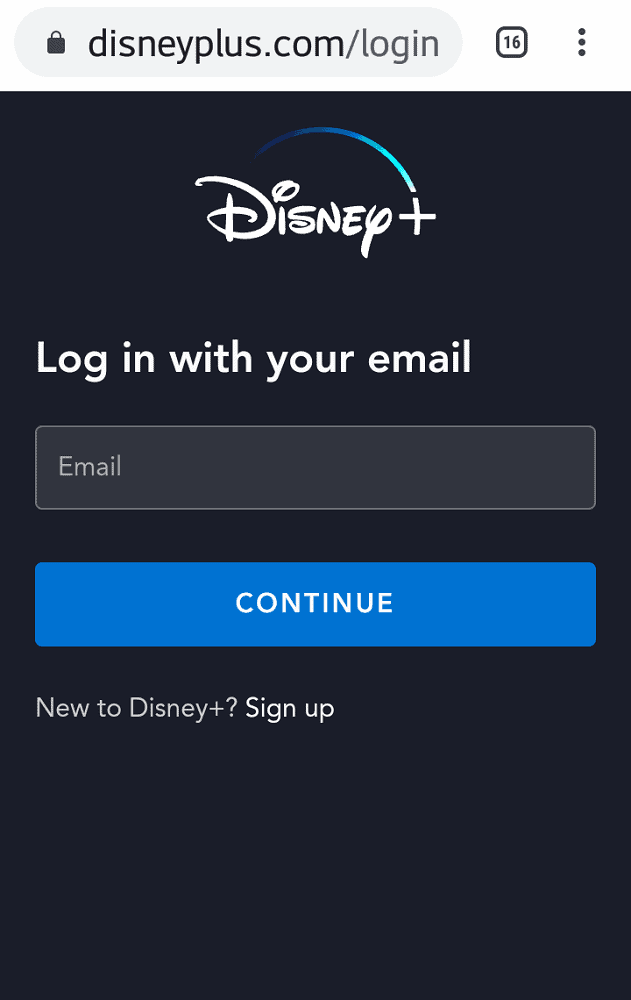 The web site design bears a close resemblance to Netflix. A content carousel showcases about four selections in rotation. Beneath the carousel, rest links to content from each of Disney’s five major brands – Disney, Marvel, Pixar, National Geographic, and Star Wars. Simply scroll until you find what you would like to watch, then click on it. You will get an option to skip the credits so you can jump right into the plot. You can also conduct a search to find a specific title.

The service debuted in The Netherlands first and Dutch users took a task that the service makes it tough to binge-watch. You cannot set the app to automatically play the next episode when viewing a television series. Disney has commented that it plans to add an automatic advance feature.

Another issue reported by early adopters is buffering problems. Disney also has said it will work on the buffering issues, so the service provides smoother streams.

You can nab the Disney+ application in two versions – Apple iOS and Android. You can stream the channel on many devices, but some users had problems using the original Chromecast. Older BlueRay machines with WiFi hotspots may also have problems. The service works on the following devices: 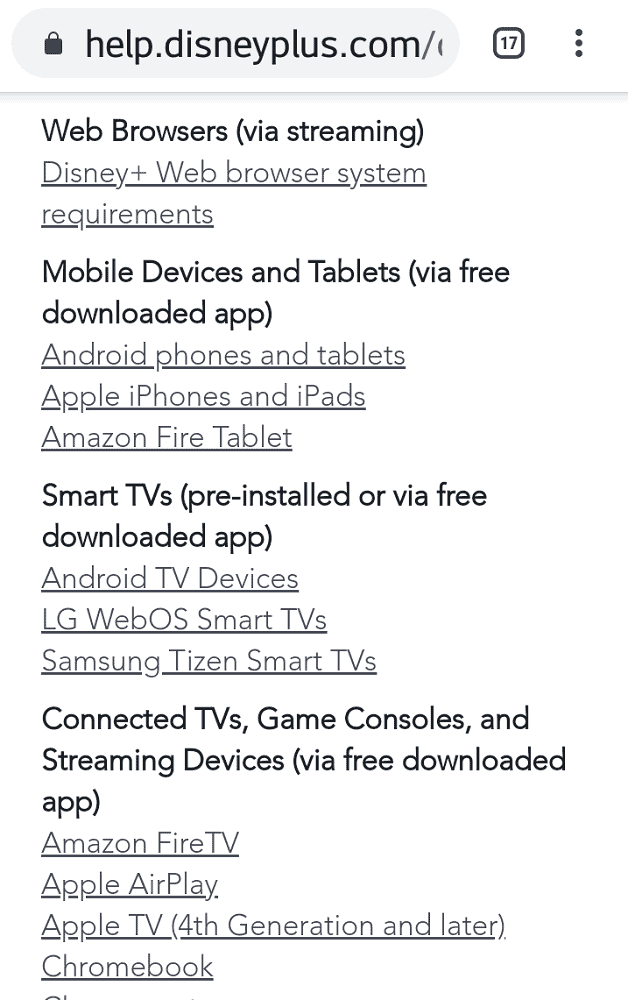 You will need to contact the Disney+ service or the manufacturer of any other devices you want to use. Its compatibility with Linux remains untested, but it may work on devices using an emulator. You will not find an app for Windows, so using it on a standard PC won’t happen for a while unless you watch using your web browser. When you watch on the web in your browser, you do get a different presentation. Gone is the carousel.

You get access to exclusive content like the streaming service’s original series. In its first year, Disney+ filmed 30 series to introduce including the Marvel film “Avengers: Endgame” and multiple National Geographic documentaries. 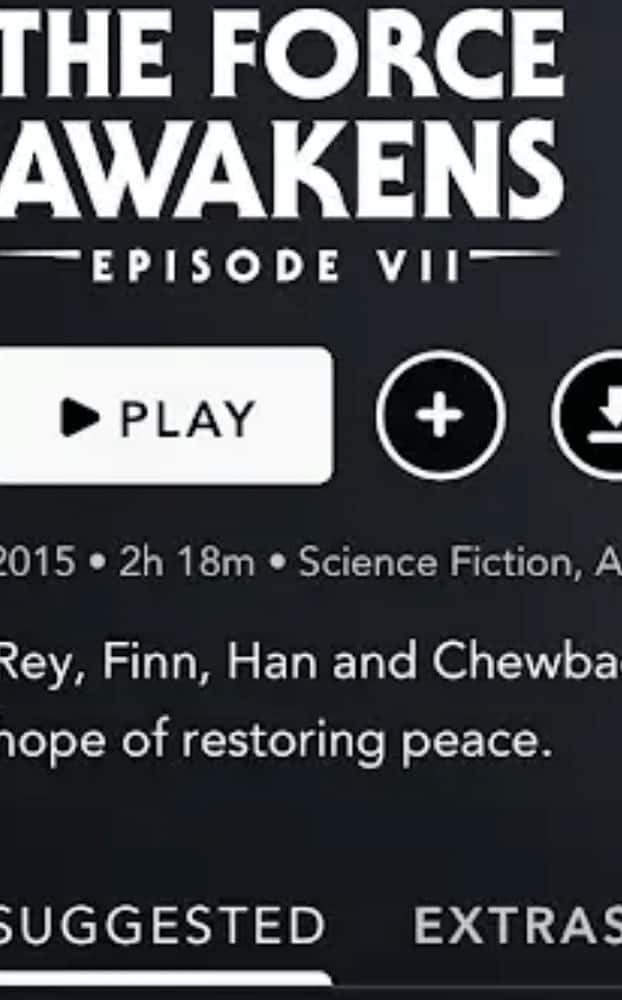 Disney also chose to offer some content in 4K only on the streaming service. You can watch the original Star Wars films in 4K also known as Ultra HD. Other films will get the same treatment including “Toy Story,” “Who Framed Roger Rabbit,” and “The Black Cauldron.” Disney+ charges just $6.99 per month for its premium HD subscription or $69.99 per year. There is no Disney+ free trial.

Another way the service organizes its content is group into “Disney Collections.” A collection refers to a curated library that organizes content by category, i.e. The Muppets collection includes all films and TV shows in which Jim Henson’s Muppets appear. Other collection examples include Disney Nature, the Skywalker Saga, and Disney Through the Decades. The latter lets you view Disney content chronologically beginning with the 1920s.

The collections idea goes one further than an organization to offer a personalized experience, says its president of streaming services Michael Paull.

“What we’re doing is we’re actually taking the best of our judgment on these titles, and what consumers want, and the machine learning algorithms and putting them together to create a great personalized experience.”

You do get a little ESPN+ content, too. It is a taste of what you get with a full subscription. Disney+ also offers a bundle with Hulu and ESPN+ for $12.99 a month. That broadens your viewing choices and provides a multitude of entertainment options plus live sports events. While the Hulu subscription will include ads, the ESPN+ subscription gets you games of the MLB, MLS, NHL plus boxing, golf, tennis, cricket, rugby, ESPN films, college sports, and SportsCenter.

In comparison to other streaming services, you do obtain less content, but you also know precisely what will become available. Purchasing the bundle with Hulu and ESPN+ solves this problem by providing a variety of content choices. 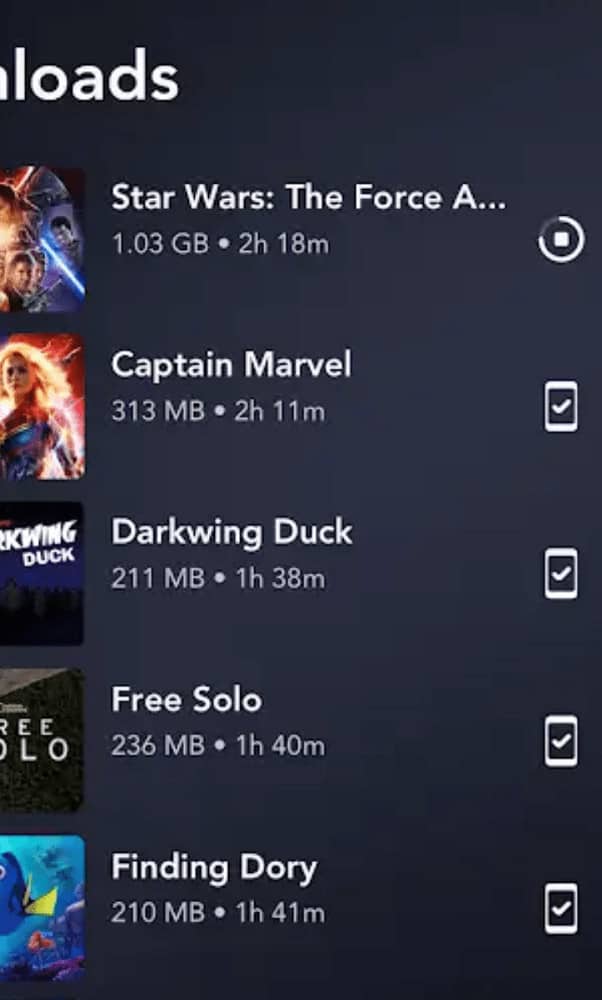 From The Aristocats (1970) to Captain Marvel (2019), you will find it here. You will see a few edgier Disney movies missing. 1990’s Pretty Woman is missing from content lists although it was a Disney blockbuster. The film house may have found a problem with its plot of a prostitute who hooks up with a billionaire in a hotel penthouse. The modern take on Eliza Doolittle’s transformation into a lady includes forays into the risqué.

So, since you can get most of this content elsewhere, what is the advantage to subscribing to Disney+?

It is a matter of streaming rights. When a streaming service places a title online for view, they must have obtained the appropriate usage rights first. While the movie production company retains ownership rights, it shares temporary rights for viewership to other companies. These distribution rights typically last a few months to a year or longer. 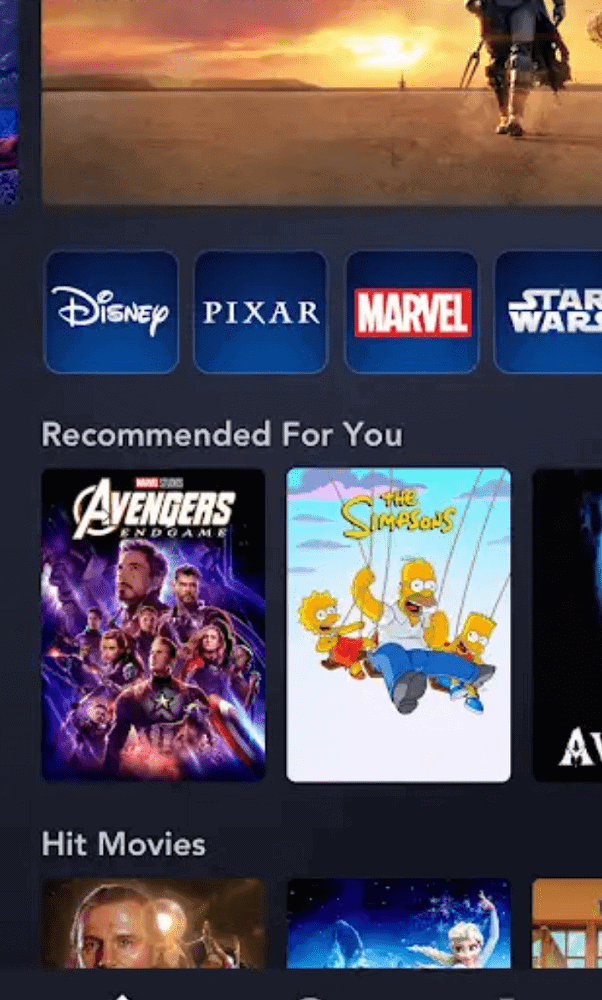 While other streaming services may offer certain Disney titles, their rights disparate over time. This does not happen on Disney+ since the streaming service owns the rights to every piece of content. That means that you can watch the entire Star Wars saga repeatedly until you know Luke Skywalker’s lines better than Mark Hamill.

Existing rights agreements also limit what Disney+ can currently add to its own service. You will find Even Stevens and The Simpsons, but shows missing from the line-up include Bob’s Burgers, Family Guy, Futurama, and King of the Hill. Its parent company has been pulling content from cable television as the rights expire. Without renewals of these agreements, Disney creates a monopoly on where users can view its content online. 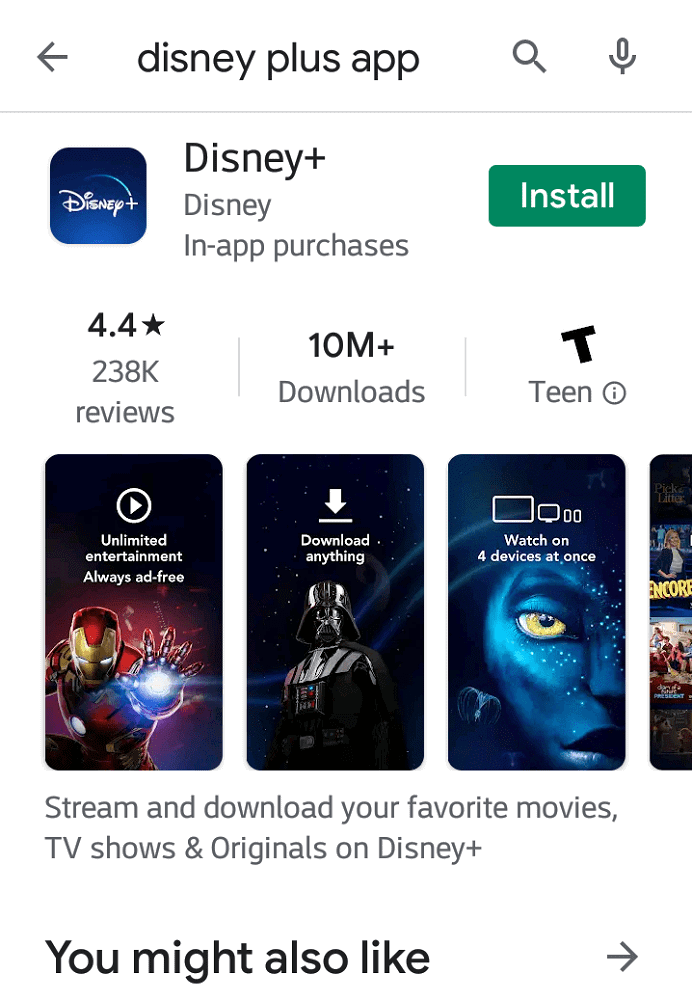 The Disney+ experience provides an advertising-free watching environment. For only one dollar more than Hulu per month, that elevates it a bit. Of course, you do get just Disney content, so no one is saying drop other services, but adding Disney+ certainly provides some advantages.

It staggers the broadcast schedule of its original productions just as Apple TV+ and CBS All Access do. This ploy requires a consumer to maintain their subscription throughout a show’s release cycle.

The website uses night mode colors – a dark background with light text. While it keeps the clean design of the app, you lose the collections feature. Rather, your choices include a search feature, your watchlist, a link to the service’s original productions, movies, and series. In the upper right-hand corner, you can access your profile and alter your settings. You can set autoplay preferences online using your web browser. You may sometimes experience lag, but the website typically functions rather reliably.

At a click, you can obtain metadata about the film, including its plot, MPAA rating, and run-time. The service also suggests related content and video extras. You can also access a detailed description and cast information similar to what you would find on the Internet Movie Database (IMDB.com).

You can build lists of your own favorite content or you simply click and watch. Any watchlist you build syncs to your account and becomes available on any platform on which you access Disney+.

If you love reviewing the movies and television shows you watch, you will miss this on Disney+. The service provides no feedback system. You can not write a review or rate any film or show on the streaming service.

This produces an oddity in today’s entertainment venues because ratings and reviews have become typical. Netflix, Hulu, and Amazon all offer this. It helps users determine what to watch based on peer recommendations. Many services provide recommendations based upon your ratings of films you watched and allow you to see recommendations from users who liked the same films.

Disney+ offers none of this. You are on your own. You will be able to read the plot synopsis to determine what to watch and you can check to see who acts in the series or film, but you will not have other viewer recommendations to help you make a decision.

The service’s playback screen produces no surprises. It features a 10-second rewind/fast-forward plus built-in caption settings. Occasionally, it features a link that lets you skip the show’s introduction which does make it easier to move from episode to episode. 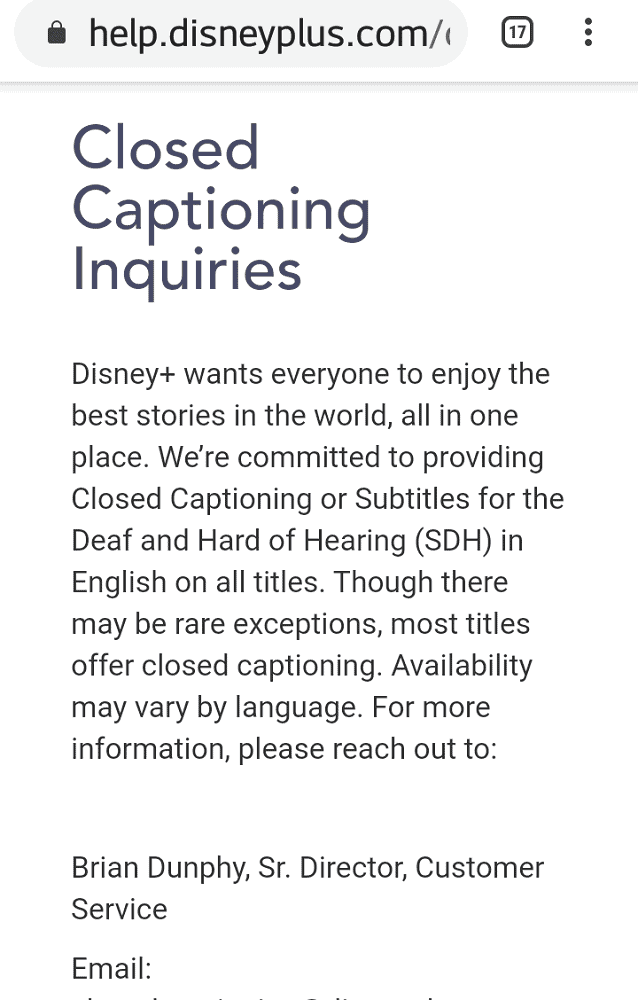 Disney+ supports closed captioning and audio descriptions. These accessibility options make it a viable entertainment alternative for the hearing or sight-impaired.

In the profile/settings, you can restrict the connection type for streaming so that the user on your account can only use a Wi-Fi connection. You can also set the download quality. You have to test this part out for yourself. The service specifies resolution as high, medium or low, but provides no numeric equivalents.

It does provide a graphic illustrating your device’s available storage. High-quality downloads do suck up quite a bit of space. A 22-minute television episode requires one GB of storage space. That can quickly eat into your SD card, especially if you were downloading enough content to get you through a weekend camping trip.

Disney+ offers a good range of accessibility options. For instance, the service supports closed captions and audio descriptions on most titles. This provides an equal match to Apple TV+ which owns its content and provides these accessibility options on essentially every piece of content. Amazon and Netflix only provide this on selected original titles.

You can use text-to-speech on all devices except the PlayStation 4. It offers a high-contrast option plus alternative navigation methods like attaching a keyboard. You can access advanced subtitle style settings in the web browser version of the streaming service. 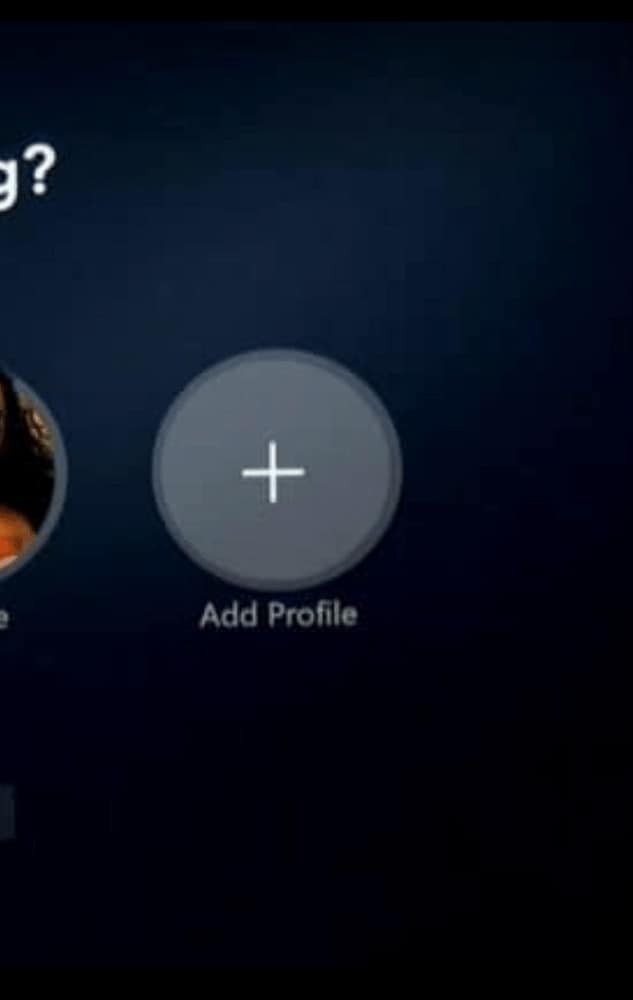 You can create seven profiles on each Disney+ account, but parents will find its parental controls a little lacking. You can specify a children’s profile but you can only limit it by MPAA rating – G, TV-Y, TV-Y7/Y7-FV, TV-G. You cannot lock a profile with a PIN or password, so the child could simply choose a different account. That is not as helpful as the design used by Apple TV+, HBO Now, Hulu, and Netflix.

The service provides four simultaneous streams. You can connect 10 devices at one time to each Disney+ account.

Disney+ provides a valid choice for a streaming service to add to your television or set-top box. While you probably do not want to cancel other services, this makes a great choice for those who want to extend their options, especially for the younger set. You will always have an age-appropriate viewing option for anyone with a Disney+ account.