For anyone who has heard about Disney movies but can’t find them in the store or missed them when they were last in the theater, Disney+ solves that problem by providing a huge selection of its movie library in an on-demand channel.

Whether you want to watch these movies from the comfort of your big screen TV or from a laptop while sitting in a hotel on a trip, multiple options are available for enjoying some of the latest, popular titles like the Mandalorian as well as classics like Snow White or Donald Duck cartoon shorts.

Unlike the old days when one had to wait once a year for the Magic Kingdom to program a movie selection in a regular TV channel, Disney+ gives viewers the classics in full digital fashion, with all the sound and effects that were originally packaged in the movie before being edited for commercial theaters.

The real limitation is simply which equipment one wants to use and its capability in reproducing the coded signals from streamed content via the Disney+ channel. We break up the options with pros and cons on each below.

Depending on which tool one uses to connect with Disney+ a viewer is going to eventually end up paying at least two different fees monthly. The first will be for the tool itself and that particular online service. The second will be for Disney+ and membership to its offerings. Both can usually be combined on the same billing, but they do start to add up, depending on the choice. Here is a comparison of the major throughput tools available before even signing up for Disney+:

Once you have a device with a streaming service, then a membership with Disney+ itself is still needed. This will cost a viewer another $6.99/month or about $70 annually.

The Very Best Way to Watch Disney+ on TV

By far, the easiest way is to go directly through the Disney app on a smart TV. You are going to need a combination of a smart TV already programmed with direct access to downloading and installing entertainment apps, or you will need an Amazon Fire stick device, an Apple TV or a PlayStation 4 console and ready TV for that system.

Doing so opens up direct access to the Disney Classics Vault, which is where the major library of all the famous movies exist. Additionally, a viewer also gets to enjoy all the Star Wars films as well as most of the Marvel superhero films as well (a few are not part of the Disney-controlled entertainment universe so you won’t find them).

The installation process is simple. Using your Smart TV menu, a viewer simply searches for and finds the Disney+ app on the Smart TV app store already available in the management features of the device. For example, any smart Samsung TVs sold after 2016 with the Tizen OS will have the app selection included.

Always check that your current smart TV OS has been updated before trying a new app installation to avoid conflicts with older software. LG Smart TVs also enjoy the same benefits on models built after 2016 and running WebOS version 3.0. In both cases, however, the streaming will be erratic without a high-speed Internet connection.

Most viewers opt for broadband cable as it tends to have the highest stability. DSL comes in right behind with the same reliability. Satellite TV is possible too, but it can be subject to weather and linkage issues.

If you have a TV this doesn’t count as a smart TV, that’s ok. With a Roku stick and matching Internet connection device, you can still enjoy the streaming with the added-on hardware. After you choose the Roku hardware plan that works for you, ranging from an Express package of $25 (HD only) to a Premium of $99 (HD/4K/HDR), then you attach the Internet interpreter hardware to your Internet connection and the stick for the connection goes into your TV HDMI socket. The software is already packaged in the hardware Roku provides, and you get a TV remote for convenient control from your couch or chair.

Once Roku is set up, then you just use the service to find the Disney+ app to connect your Disney membership to your Roku streaming capability. The Disney+ choice is available on most Roku packages, but not all, so check to be sure which one you have and if it is compliant before buying. The Disney+ app will be available on the Roku Channel Store as well as being a selection under the Streaming Channels category.

Similar to Roku, the Amazon Fire stick hardware works the same way. You have to buy the hardware package first from a store or order it. Once set up and your Amazon account is running, then you simply find the Disney+ app, associate it with your Amazon account, and you can start streaming the regular choices available via the category.

This choice is a bit different from the hardware stick options. In the Chromecast situation, a viewer has to have an Android or Apple iOS mobile device already set up with Google Chromecast. Then, the Disney+ membership account needs to be established. Once both are ready to go, the user joins the TV to the Mobile device to run Chromecast on the target TV. Within the Chromecast connection, one then chooses the movie or selection and it begins to play on the TV after selected on the mobile device running Chromecast.

All Apple TVs after September 2017 have the capability to handle and stream 4K content, which is ideal for Disney+ movies with high resolution. To connect and stream, one simply uses an Apple mobile device and selects AirPlay. The Apple TV is then selected as the display device. Alternatively, the later Apple TVs allow direct download of the Disney+ app onto the TV, and you can select shows from there. The membership with Disney+ is still needed first before any content starts to flow.

For those who don’t have a smart TV or a ready mobile device, a different option is a bit more technical but just as doable. Instead of going through special hardware or gaming consoles, one takes their laptop and creates a connection with a ready Disney+ membership on an Internet-connected computer.

An HMDI cable is then run from the laptop to the TV and the TV is selected as the screen display device from the laptop (usually done with one of the function keys on the laptop to display on a second screen). Once the movie is selected from the laptop, it will display and run on the TV as long as the laptop and Internet connection is working properly. If your laptop does not have an HDMI socket, then an adapter from USB-to-HDMI will be needed.

For a good display, it’s not enough to have a connection on the TV. The display TV used needs to also be able to handle 4K high resolution. If that’s not possible, the display will look a bit fuzzy at times. 4K really brings out the crispness in the image, enhancing the visual entertainment factor.

That said, it’s still possible to watch Disney+ without it, and a number of the classic movies from the early period will look the same regardless. What a viewer will miss, however, is the 4K-only detail movie choices available only on Disney+ such as the Star Wars 4K series versions. None of this added detail is possible in Blue-Ray, for example.

With some streaming services, families quickly run into situations with one person wanting to watch cartoons and other movies at the same time. Netflix, for example, only allows two different simultaneous viewers on a basic account, regardless of device. With Disney+, however, a family can enjoy up to 4 different streaming orders on different TVs on the same account, which is a big bonus compared to other streaming competitors.

Regardless of viewing devices used, people and families with a Disney+ membership in place can pull down any number of movies or shows on their mobile devices or TVs with storage capacity. The trick, however, is to make sure the device is connected to the Internet and syncs with Disney+ at least once every 30 days. If not, then the content is deemed invalid and will likely become disabled via internal coding in the file.

This is how Disney controls the subscription rights to the content regardless of what device is actually used on an account. So, if your family is at home but you’re watching the Disney content from a hotel on business travel status at the same time, don’t be surprised if Disney temporarily triggers a service interruption.

They will actively check to see if an account has violated password-sharing restrictions as well. It would be a good idea to get a note in your account file ahead of time if this is a regular feature you want to enjoy with your Disney+ account.

Note also that movies and shows tend to be big files and will take up a lot of space quickly. So, the device should have a robust amount of storage on it, or your library is going to get filled up pretty quickly.

How to Prevent Unwanted Hacks of Your Disney+ Connected Device

If your TV or controller is utilizing Wi-Fi in your household to access the Internet, you want to make sure that your actual Wi-Fi router has been changed from a default password to a new selection. Most Internet providers provide a router with their account service. However, they leave the router password on default, and these are widely known.

Anyone with that password can access the Wi-Fi signal and intercept the same Disney+ content plus anything else on the Internet via the targeted Internet account. The same risk goes for Wi-Fi routers running with no password at all. Both situations are very common in residential households because simply don’t reset their Wi-Fi routers once in use, and they leave them running day and night. If your device is going direct into a cable or a DSL connection to the Internet, then the above doesn’t apply. 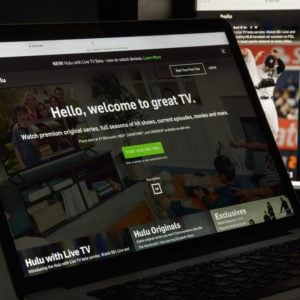 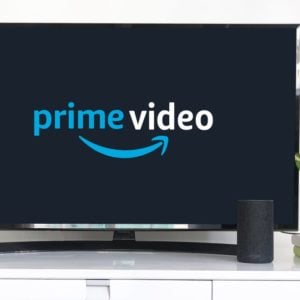