Ever since watching the series finale of IFC’s new series, Maron, I have struggled to find the right words and the right tone to describe my experience with the show. It is far from perfect and has its fair share of missteps, but excels in bringing to life Marc Maron’s sardonic world view that he popularized through his stand-up and most recently through his successful podcasts. The show is clearly indebted to the groundbreaking series Louis, which has paved the way for a lower-budget, more personalized brand of comedy on television. Marc Maron’s take on the world though, departs crucially from that of Louis C.K., whose vision seems essentially more nuanced and complex, as Louis C.K. seems able to depart from his person and see the world from a different perspective. Louis C.K. feels almost like an outsider: a workingman’s Socrates.  On the other hand, Marc Maron’s vision is myopic as he seems unable to escape his own mind. Marc Maron’s world is an ocean, where each person lives a solitary life on their solitary little raft, until by chance they crash into another and are forced into contact. This gives the show a nervous energy and an almost survivalist edge as the characters, at their least frantic, find comfort only in the illusion that they may have control and the world may have order. The fact that this show is a comedy and a very funny one at that, alleviates a lot of the weight and self-serving directions it might take. Nothing is taken too seriously, and for Maron as a character, this racks up a number of problems as some of his life choices seem motivated by the fact that it would make a good story for his podcast, rather than providing a meaningful opportunity to connect with another human being. Central to Marc Maron’s comedy are his relationships with women and though his series tackles a wide variety of themes, they all seem to lead up to the trials and tribulations of love and sex. The raw energy of his encounters seems to be motivated by biology, impulse and chance. These encounters are carefully balanced by  Maron’s self-deprecating sense of humour, as his conquests never feel triumphant as much as they feel desperate, sad and occasionally accidental. 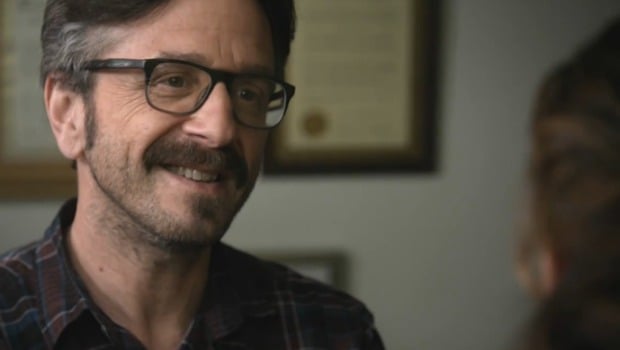 What immediately springs to mind is why Maron’s character doesn’t allow Megan to be human. He refuses to see her as a person with baggage and flaws, instead painting a portrait of her as some perfect girl-next-door type that he would destroy through his negative mojo. Maron is more attracted to the person who wears their dysfunctions on their sleeve, as if he feels more connected to their insanity and feels comforted by the idea that their relationship is doomed to fail. Maybe it is a lot simpler than that though, maybe Megan is for lack of a better word, boring, and in a world of self-obsession there is no greater crime. As a woman myself, continually through the show’s run I found myself relating heavily to the women he encountered, whether I liked them or not. I admired the way that the show portrayed them, though many of them seemed dislikeable or one-dimensional, the show acknowledges that they are portrayed through a damaged perspective and their humanity peeks through in how they fail to meet expectations set up for them. Their greatest moments are in how they exist beyond this narrative and how Maron seems woefully unaware that they continue to live and breathe beyond his presence. It is not that he seems himself as a God, as much as his world is limited and fragmented – seemingly beyond repair. The show seems like a journey in which he has the potential to redeem himself, but the going is rough, slow and riddled with danger. Even under this perspective, I feel they are more real and easy to understand. Their desires, perhaps, are more readily identifiable with the present. Maron’s perspective is cryptic and frustrating – often beyond the realm of my understanding, entranced in a lifetime of experiences and mistakes. I have the empathy to put myself into his emotional state of mind, but I can never predict his behavior and I often struggle to relate to his actions.

He has the point of view of someone who won’t allow themselves be fooled again and yet he finds himself in another potentially destructive long-term relationship. Maron is very obviously is drawn to much younger women, who offer him little challenge and often carry little baggage. During the course of the series, his only courtship with a woman his age is in Episode 5, called “A Real Woman”. It is an eye-opening episode, as his fears are more or less confirmed. He feels comfortable and happy with this woman, but she comes back to bite him in the ass. Played with fiery energy by Gina Gershon, her real world experiences make her too worthy an opponent for Maron, who approaches the scenario with wilful naivety. The big guffaw of the episode is that she seduces him only to help her teenage son’s fledging podcast and on in one of the most awkward moments of the whole series, the boy confronts Maron “live on the air” on whether or not he fucked his still very married mom. This cringe worthy sequence of events opens up more than just a new set of anxieties but allows for new possibilities to emerge as well. It seems from this point on, Maron’s age becomes even more obvious and problematic, but on the flip-side, he takes on the role of mentor-foster parent to the teenager, perhaps hinting that Maron is changing and growing… even just a little. Maybe the events of this episode become an eye-opener, and help justify the shift in focus as just as few episodes later Jen enters the picture, and Maron finds himself in an extremely dysfunctional but satisfying long-term relationship… I guess? 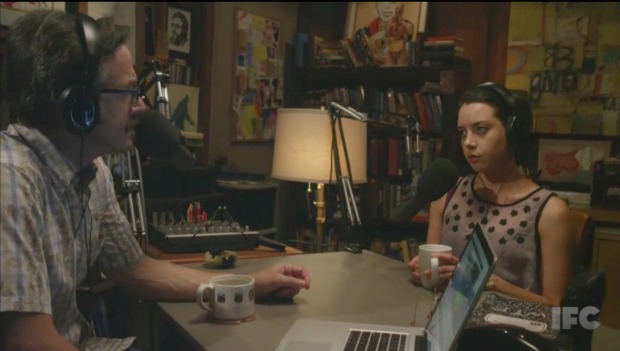 This all leads up to the best episode of the series, and the one that I would recommend checking out if you are on the fence about the show. The penultimate episode called “Projections”, has Marc Maron in an interview with execute-style Eric Stoltz with the opportunity to headline his own crappy movie about a hobo. As the two characters talk, reminisces and debate, the episode drifts seamlessly in and out of fantasy sequences in which Maron imagines alternative (and often horrific) versions of his life based on previous relationships and life choices. The sequences offer a typically dire look at the past, which measures up quite accurately with Maron’s state of mind, but also point to the pitfalls of being myopic and self-centered, as Maron and Stoltz try to connect and fail. Maron’s failed fantasies are perhaps less due to circumstances than an extension of his current problems of ego. The essential counter-fantasy that comes round the end perfectly accentuates this, the fact that Maron is doomed to failure and unhappiness not because he has bad luck or makes bad choices, but because of the way he thinks and feels about the world.

It is as if my whole life I have been haunted by my own naivety, and all of a sudden I am watching this show and the only thing I can feel is an uncomfortably direct “fuck…” summing up cleanly and carefully the hopelessness I was suddenly met for my future. Never being a girl who dreamed of her wedding day, or imagined her perfect-fantasy man, I nonetheless have this notion formed by movies and television of a vague notion of what love is supposed to be, and then bam, I was wrong and it’s like falling into a black pit. I am not sure if that makes sense, but the idea is that life isn’t what it seemed to be, so I am not who I think I am either. Watching this show with someone you care about, you can’t help re-evaluating your relationship towards them. I am still confused, trapped by the strength of my current feelings and fearful for an unhappy future. How do you separate love from its biological impulse and how do you assure that it doesn’t become little more than a habit after time? Maron himself seems to run under the assumption that these are legitimate fears and concerns that should prevent you from committing to anyone, but the truth is, there is beauty and happiness under all the shit… and sometimes it’s worth sticking out for.

As a show, Maron seems to work on the hypothesis that ultimately we can only truly understand or relate to ourselves because it would be presumptuous to believe that we could ever really understand someone else, removed from our own self. The premise that if we can only have control over our own thoughts and actions than we should truly have control over them… but really we can’t and we don’t.  The scenario brings up the essential questions of the show, asking first if we should even try to have meaningful relationships with the people we have sex with, and whether it is a rational choice any of us even have any control over. And on that other side, maybe this points to the fact that in spite of all the uncertainty and unhappiness there is something worthwhile in trying to make these connections at the risk of our own fragile egos. And that, as humans, we are all incomplete and broken, waiting for other bits and pieces to come along and fill in the holes. It is easy to see each relationship we have as chiselling little bits away from our being rather than building it stronger, but maybe it’s just our broken ways of seeing the world. 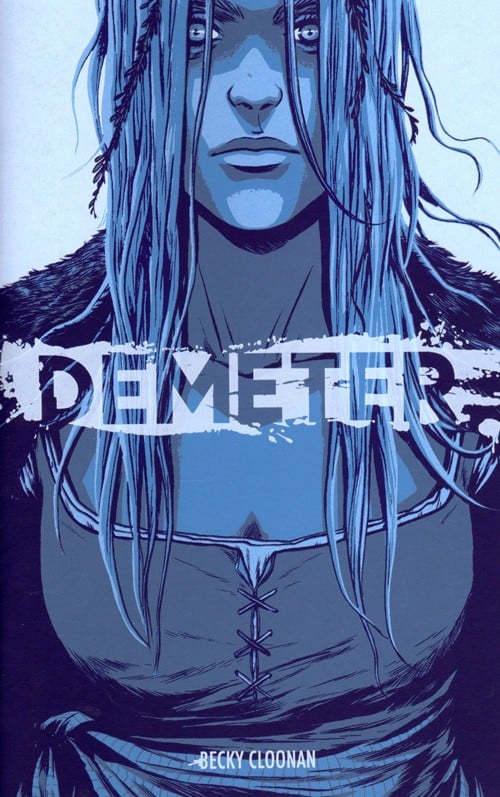