“Trying to figure out who the bad guy is in a movie? Look for the character that hasn’t touched an iPhone,” says CNBC reporter Sarah Whitten.

How many people would even care if Apple allowed movie characters to have an iPhone or not? Not many people probably, but it does remain an issue for Apple. The company forbids any “bad” character (the antagonists, the villain) from showing an iOS device in a final movie production.

Contents show
Why does Apple not allow iPhones for villains?
Fictitious Examples
Can “bad” characters use iPhones when not filming?
What This Does Not Mean
When did Apple decide not to allow movie villains use an iPhone?
The Potential Bummer About This
What happens if I let a villain use an iPhone in a movie?
How do I avoid lawsuits when using Apple products in movies?
Example Guidelines
Logo Usage
Product Placement
Brands
Where do I find out about using Apple trademarks in movies?

Why does Apple not allow iPhones for villains? 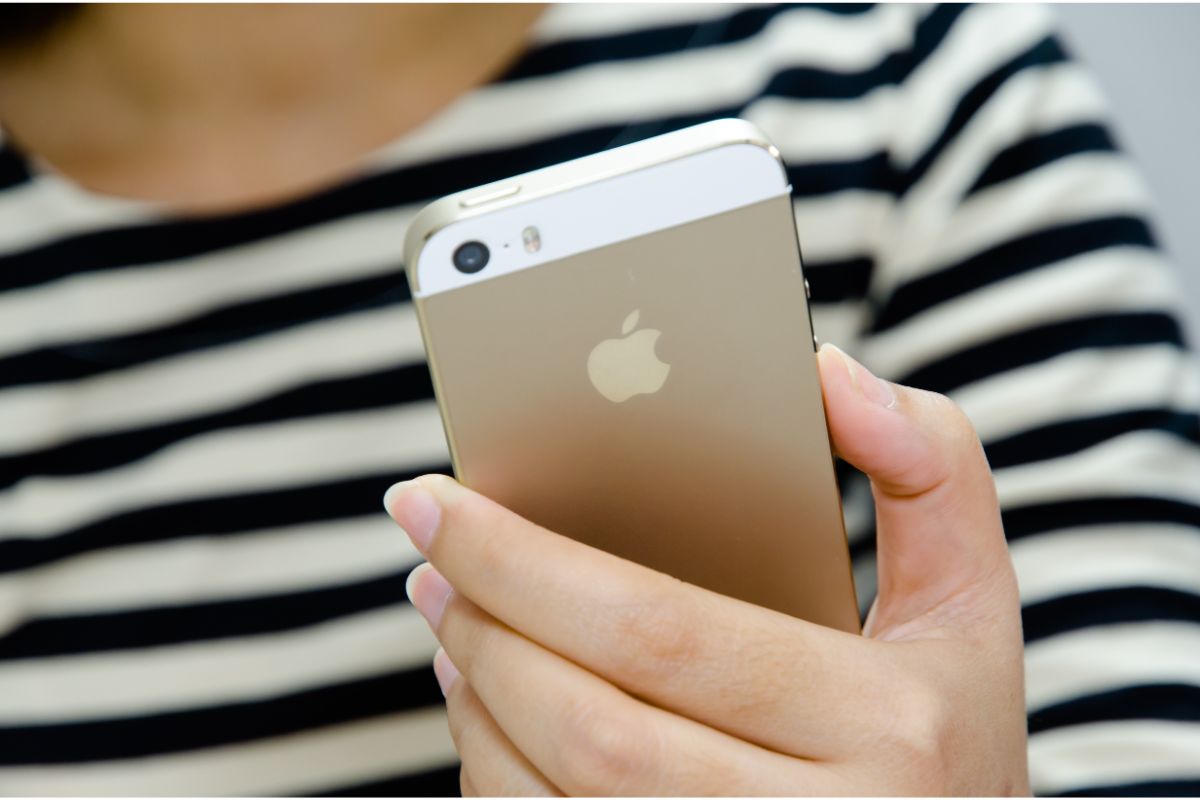 Reputation means everything for most Fortune 500 companies, let alone the Fortune 100 ones, which Apple is. To them, allowing villains to use iPhones potentially defies their decision to have their brand “shown only in the best light.” Besides reputation, legal reasons may stop them from allowing movie producers to use iOS products however they want. 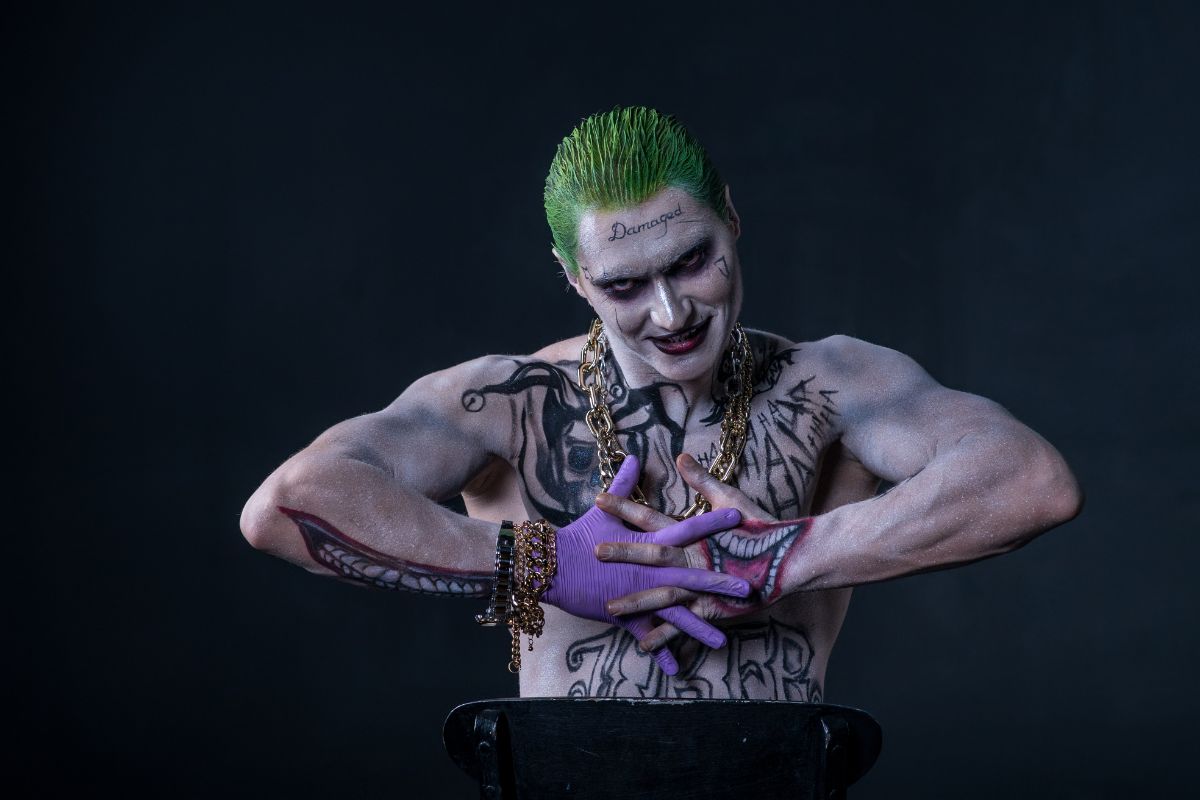 Antagonist characters using iPhones in movies – or TV for that matter – might act out how a physically abusive spouse or a narcissistic, sociopathic serial killer might behave. Other types of villains portrayed in movies might run a large illegal drug cartel or illegal adult services, or maybe it’s even an evil zombie who comes back from the dead or an antagonistic science-fiction ship captain.

To put it another way, an evil character in a movie using an iPhone might compare to a preacher promoting a brothel in a church. In a perfect world, none of us would have to worry about what other people think, and we could do whatever we want. That’s not reality, however.

Like it or not, how the rest of the world perceives a company does matter because it can make or break whether that company makes a profit or not. It may even mean the difference between going bankrupt and having a thriving corporation.

Can “bad” characters use iPhones when not filming? 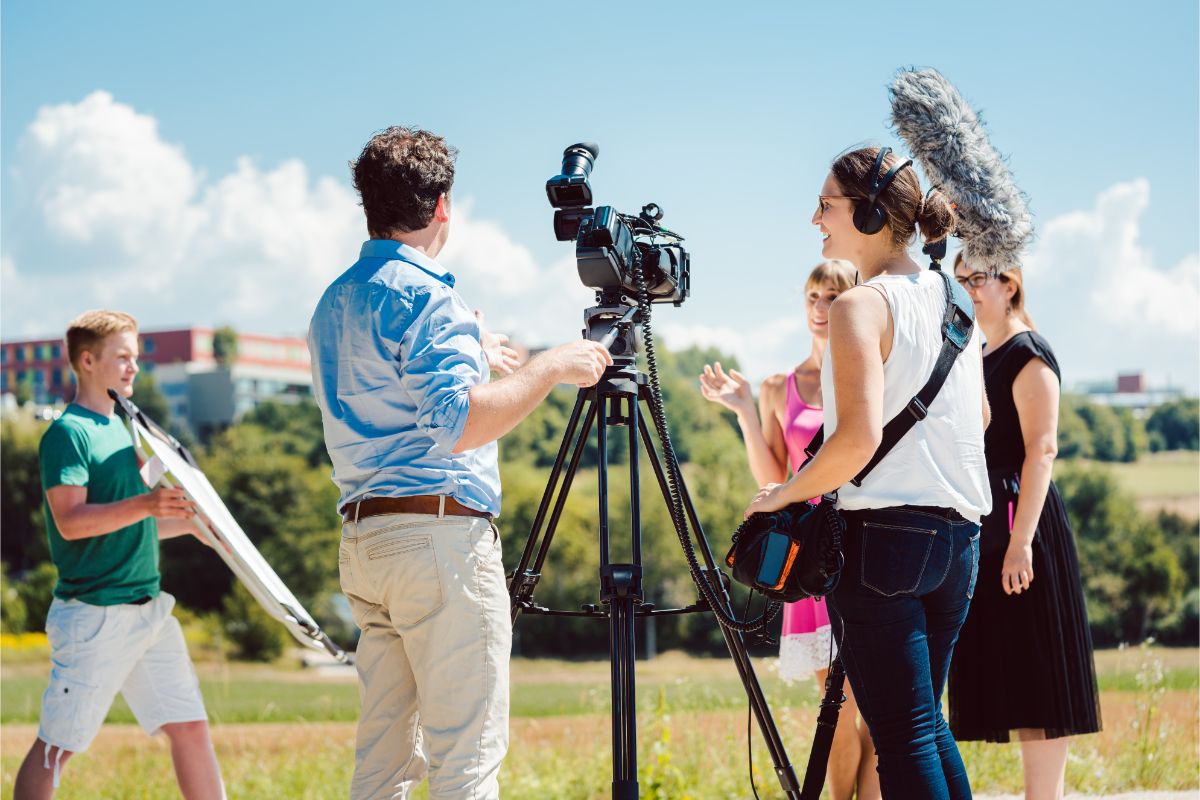 Make sure you don’t let one of your villain movie or TV characters use an iPhone (or another iOS or Apple device) on camera if you plan to produce a movie. That’s the most important takeaway from making sure you don’t violate Apple’s terms of service when representing their company, products and brands. Make sure you don’t even do this accidentally just to avoid legal trouble.

Related: How Much Do Companies Pay for Product Placement in Movies?

What This Does Not Mean

Apple’s restrictions that forbid you to allow a villain character to use an iPhone in a published movie scene does not mean the company prohibits the use of iPhones on a movie set. They don’t tell individual actors who can and cannot have an iPhone when not on camera.

When did Apple decide not to allow movie villains use an iPhone? 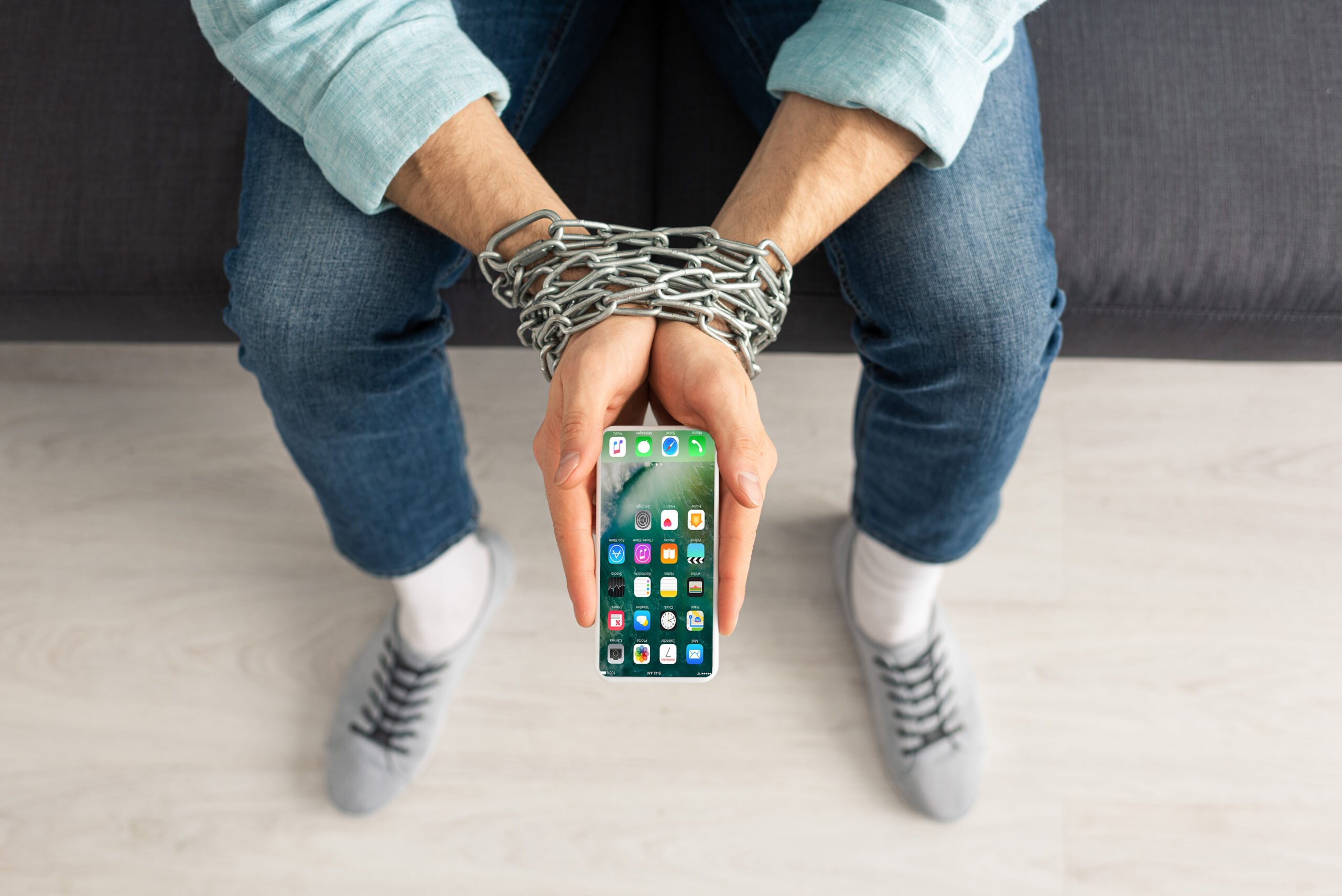 Entertainment reporters from CNBC, People, The Guardian, Vanity Fair, Independent UK and other major publications began reporting about this in February 2020. It came up sometime after Rian Johnson’s 2019 Knives Out movie release a few months prior to this. Public news outfits don’t show much information online from before this time. That doesn’t mean rules against this didn’t exist before 2020 though.

The Potential Bummer About This 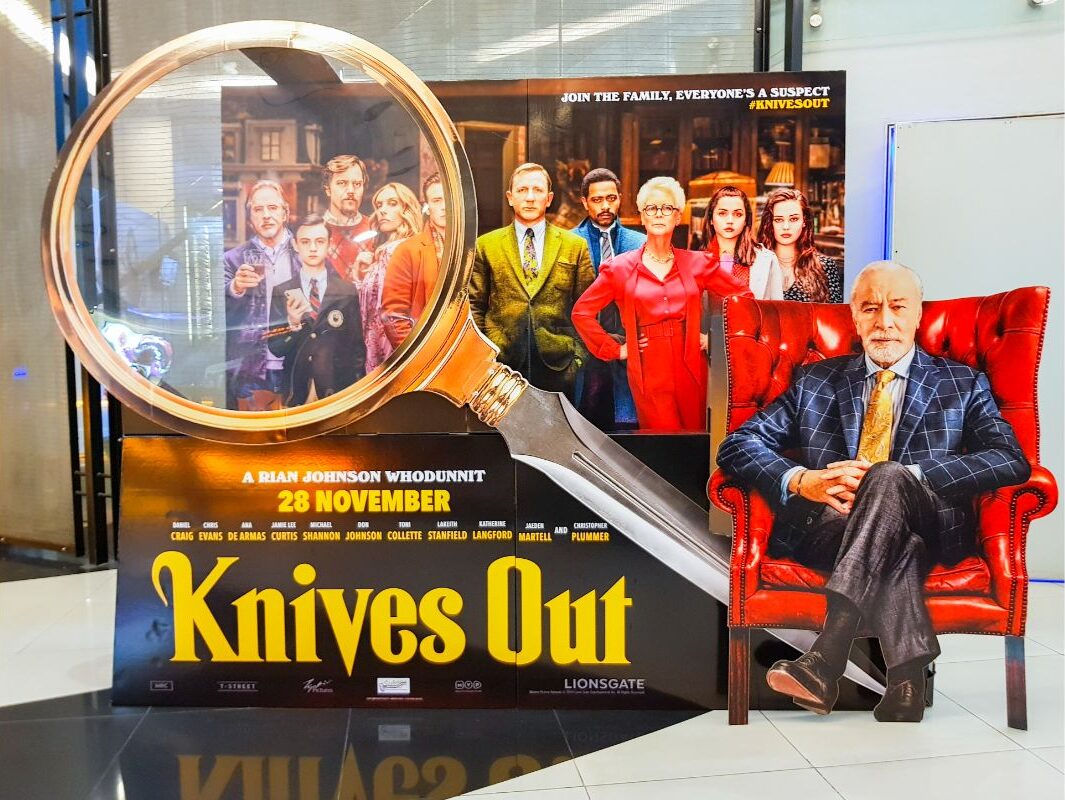 Knives Out Director Rian Johnson spoke out about this issue in 2020. This producer says the concept of not allowing villains to have iPhones could “screw” him in the next mystery movie he writes.

In addition, Johnson mentions the reactions filmmakers may have when they find out that not allowing iPhones in a movie could expose a character meant to be kept a secret. The director says that every filmmaker “wants to murder me right now.”

It could spoil the outcome of a movie in some cases. People might figure out too soon who killed whom, for instance, just because they’re not carrying an Apple product in their hand.

What happens if I let a villain use an iPhone in a movie?

An Apple company representative may contact you and ask you to remove the item from the produced media. If you already have it on shelves, this could result in a costly recall. It’s also possible that you could have a DMCA copyright complaint filed against you if your movie is published online, which most are in 2022.

News reporters might also catch up to you and report what you did to the public, and you may have a hard time finding new filmmaking jobs after that. No one may want to hire you if you continue to break the rules and give high-profile advertisers a “bad name” in the process. Not adhering to Apple Trademarking, logo and product promotion guidelines could also result in legal trouble.

How do I avoid lawsuits when using Apple products in movies? 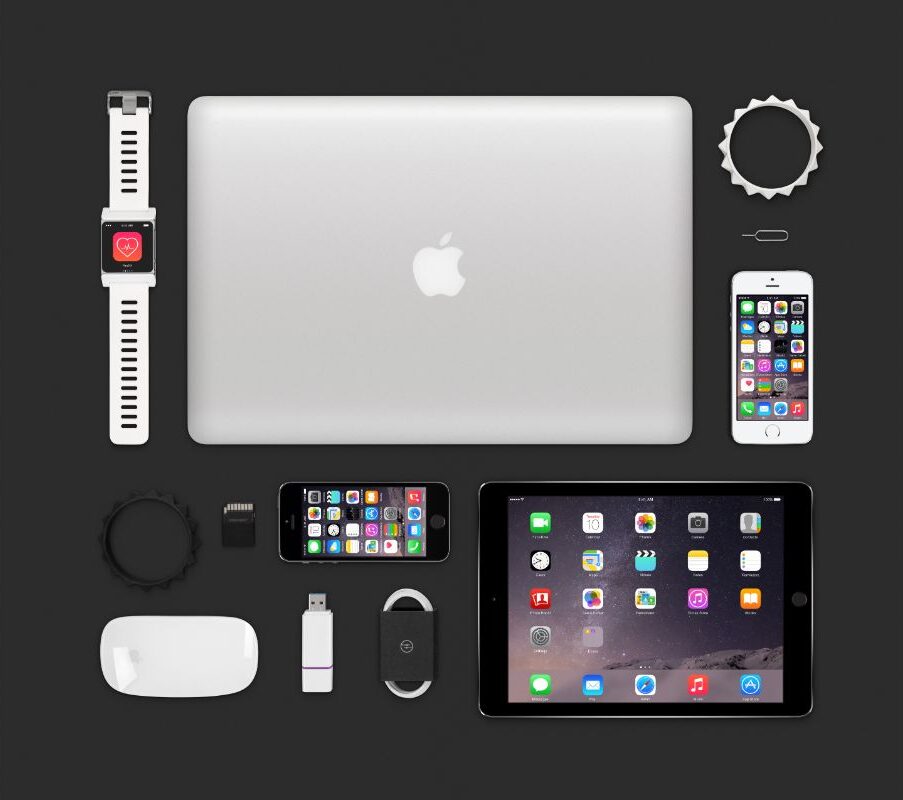 First, contact a lawyer. When in doubt, ask the company directly for permission by contacting someone Apple’s legal department.

While waiting for a response to your questions about avoiding lawsuit and iPhone usage in film, make sure you review Apple’s product placement rules. You will find some of this information in the Intellectual Property documentation published on their support site.

Again, make sure you contact Apple’s legal department before placing any logo, product (ex: iPhone or iPad), or trademark in your movie. You also may need your own lawyer to represent you come time to decipher iOS device terms of services.

You need to have permission, preferably in a written contact, signed between you and Apple before using any of its product or brand logos. This also includes any fictious ones that sound or look similar to the original company graphics schemes.

Size and focus of product in a movie or TV scene may apply, with or without the brand name or logo shown in a shot. Whether Apple pays you for product placements or you just voluntarily decide to without compensation from them, rules apply.

It’s a complicated process having brand-named electronic devices, such as an iPhone, in a movie scene. Therefore, you better make sure you understand all rights and responsibilities when doing so beforehand. 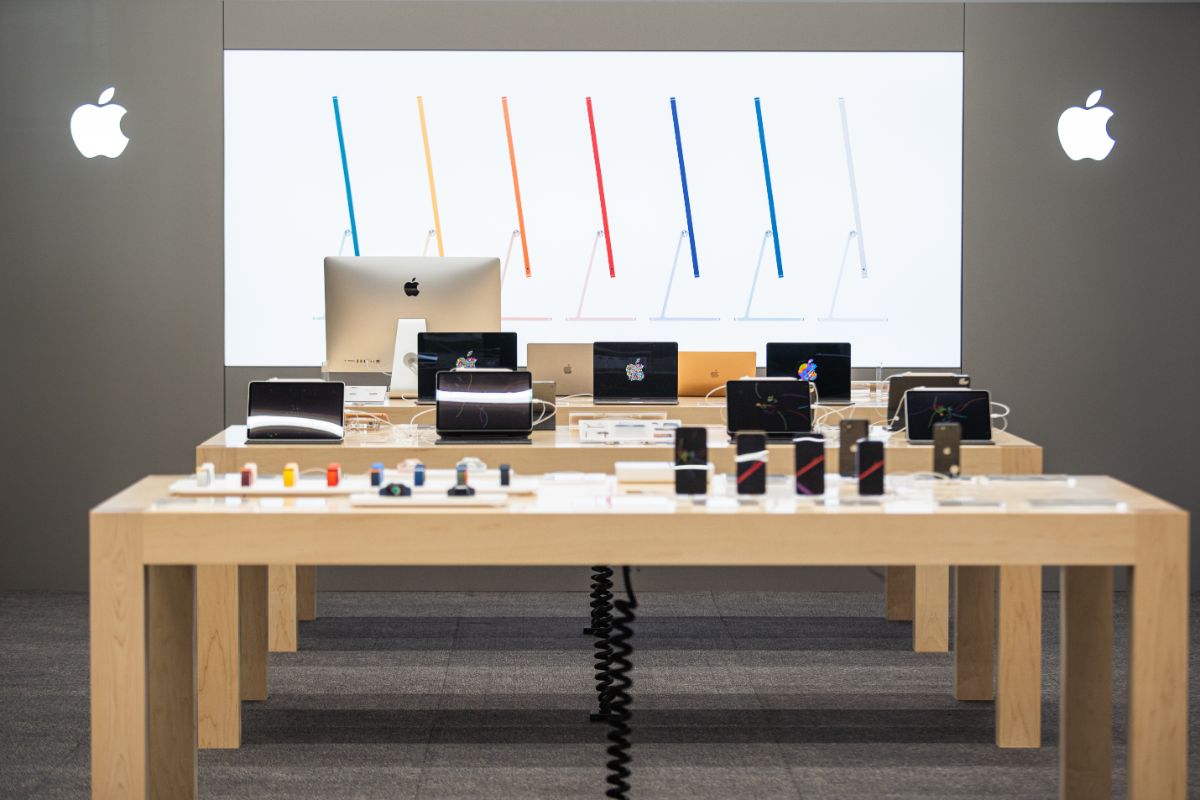 Brands depicted in movies must not resemble Apple, Mac, or iOS and related names without express permission from Apple, Inc. this includes using fictitious substitutes that appear or sound too similar to original Apple brands.

The company even gives examples of types of variations of unacceptable fake brand names you cannot use. If you must use the exact brand or a knockoff version that closely resembles the company, request permission from authorized individuals beforehand.

Where do I find out about using Apple trademarks in movies?

Go to Apple Support and search for answers in the help topic database. You also can browse the different support tabs to find what you’re looking for. If you can’t find the answers to your questions, you might want to contact a human representative to help you.