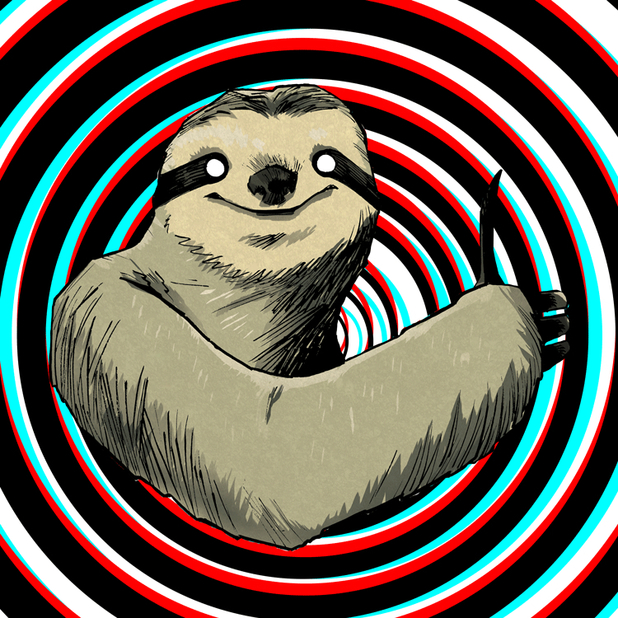 You are reading this review on a laptop, smartphone, tablet… some sort of personal computing device. How did you get here? What else is dancing, pulsing on the outer rim of this review and where will you click to next? How long have you been at it, staring at this screen in front of you? We live in a world overrun with social-networking, buzzfeeds, text messages, viral videos. Earlier today I received one of those “have you seeeen the [insert trending pic/vid/etc*]?” Commonplace in 2014, but James Tynion IV and Eryk Donovan’s new limited series Memetic serves up a somewhat cautionary tale on the new normal.

(*In this case, it was the Avengers: Age Of Ultron trailer.)

Aaron is a skeptical but involved college student and member of Generation Y. He leads an open LGBT lifestyle, he sits awake at night unable to close his laptop, and he works out his personal relationships via text. At the same time there’s a sense of uneasiness in him: not just with where his Generation is headed, but society as a whole. He is also color blind and hearing impaired, which explains why he’s one of the protagonists of the story. Late one night he is browsing the internet when an anonymous — and likely IP concealed — Reddit user posts a new picture. Or meme. It’s harmless looking enough, but soon Aaron’s Wall and phone are blowing up with friends and friends of friends asking if he’s seen the “Good Times Sloth”. The next day things start to get a little bizarre. People can’t seem to look away from the image; they’re glued to their phones, even more than usual. The 24 hour news cycle starts talking about it. The president says one of his daughters showed it to him. The image, the MEME, is everywhere. See for yourself: Kinda cute, right? But what’s the deal with the thumbs up, the I-know-something-you-don’t grin, the 70’s swirling, psychedelic background? Once the image goes full-on global the issue escalates very quickly, it becomes clear this series (planned to last a mere 3 issues) is not messing around.

For the most part, I know James Tynion from DC’s Batman Eternal, and his work on the flagship Batman title with writer Scott Snyder. I know about some of his other work but in all honesty have not read any (I hear The Woods is good). Tackling the themes he takes on in Memetic can feel like walking on glass. The readers are likely all Generation Y, the balance between topical and futurism is a tightrope, and no one wants to feel like they’re being lectured. Just ask fresh Batgirl creators Cameron Stewart and Brenden Fletcher. To Tynion’s credit, he does not resort to anything remotely preachy, and there’s a side to him that seems to revel in the 21st century. Crazy as the premise may be, his story exists in that very reasonable speculative fiction category: what if this society was taken to its limit, and a single entity with frightening intentions took advantage of that. For as cryptic as it seems at first, the message of the book is laid bare in nearly every panel. And I like that.

Those panels are drawn with the same go-for-it vibe as they are penned. Eryk Donovan illustrates great expressions in Aaron, as he watches the world go from addicted to horrific. The opening credits page is laid out nicely too, a social reflection if you will. I love the idea that the first image is of a smartphone being stepped on, and the eyes of those viewing the meme couldn’t be anymore eerie. Donovan has a bit of a Becky Cloonan vibe, and at times this can feel like Demo gone terribly wrong. Adam Guzowski helps deliver a lot of the tone, coloring from apartments to computer screens to televisions and back again seamlessly. And the lettering is top-notch, doing much of the same thing jumping from Tweet to broadcast to text to conversation. Overall the art is exactly what it needs to be; it accentuates the themes without taking it too far and little else.

I must admit I may be somewhat biased, as these very themes and undercurrents have been kicking around in my brain lately… but I enjoyed this issue. The real horror are the things you live and breath and touch and see day in/day out. None of this is normal, even if it may feel that way. Now go and read (if you made it this far) a few more articles on Sound On Sight before updating a status and watching some YouTube. Just stay away from the happy sloths, I know I won’t.