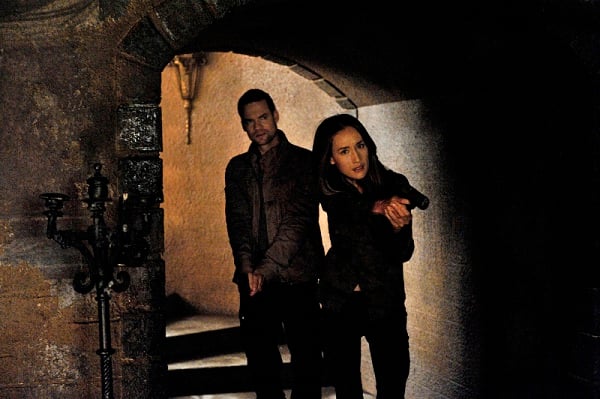 Amanda is a dangerous individual, that’s something the first two seasons of Nikita made abundantly clear. It would truly be a difficult task to determine who was more fearsome, Percy or Amanda, so the threat the latter posed to Division and Nikita is certainly not one to be taken lightly, and the presence of the mole proves that she hasn’t lost a step despite losing her position of power. Following the failed raid in Luxembourg, however, this week sees Nikita going on the offensive in her fight against Amanda, in another fast-paced action episode that introduces an interesting new potentially recurring character.

The discovery of Sonya being the mole is a fascinating development for numerous reasons, chief among them being the fact that Birkhoff now has a dedicated storyline, independent of both Division and Nikita. Birkhoff as a character has come into his own despite playing second fiddle to Nikita, Michael, and even Percy over the last two seasons, and with even Ryan Fletcher getting his own plotline in his interactions with the President, it’s good to see Birkhoff finally achieve that status as well, and how manages to work independently and carry a plot thread on his own is something worth watching. 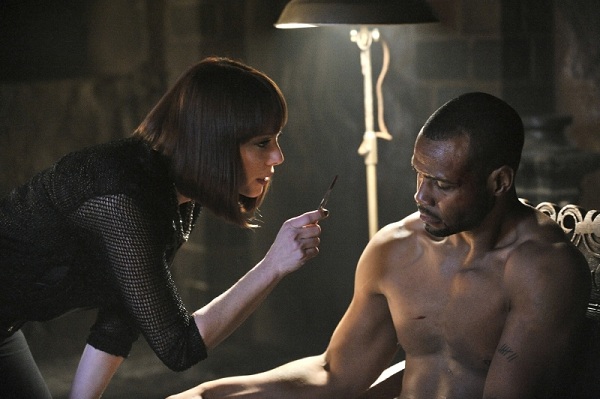 The method in which Amanda made Sonya her mole is also interesting, and once again reminiscent of Percy’s hold over the CIA director in season 2. The idea that the moles working for Amanda are under duress, rather than willingly on her side, is a promising development, and effectively displays her ruthlessness, as well as the fact that allegiances aren’t as ironclad in the new Division as Nikita and co. would like to believe. It also indicates that Amanda and Ari are perhaps more formidable foes than Division is expecting, and unless they recalibrate their expectations with regards to her, which Nikita seems to point to at the end of this episode, they could be in for more surprises. Despite losing power, the character of Amanda has not been neutered, and credit goes to the writers for effectively manoeuvring that.

Speaking of Amanda, having Nikita catch wind of her larger plan is a great development, and is further proof of the show’s great pace. The potential targets Amanda and Ari can now hit widens considerably, with only Nikita being the safe one. This makes them much more formidable opponents, and makes the overall threat much larger, allowing for Division to allocate resources towards capturing and stopping Amanda and Ari without making it seem like they’re putting Nikita’s priorities over that of the organisation. This also makes Amanda a more focused villain who, rather than popping up at inopportune moments to ruin Division missions in a twist on Nikita’s chosen role in the first season, becomes someone with a larger plan that can be mapped out and understood. Her obsession with teaching Nikita a lesson makes it impossible to truly determine whom she’ll go after, and her decision to start re-activating the killchips to ensure compliance indicates a level of ruthlessness that Division will have to be careful of.

Overall, this was another thrilling episode in a season that has been full of them. Cyrus was a very interesting character, and Isaiah Mustafa showed a lot of charm and chemistry with Maggie Q, and hopefully the show takes advantage of the open ending of this episode and seizes the opportunity to bring him back in the near future. It was also good to see the show revisit Alex’s ongoing battle with painkiller addiction, as well as bring Sean back, even if it was for a brief time. How Birkhoff’s attempts to ferret out the mole, as well as keep Sonya safe from Amanda, without any assistance pan out, as well as how Division chooses to tackle the Amanda-Ari issue, and particularly how Owen factors into the plan, are all plot points worth looking out for, and watching to see how the show tackles them is worth tuning in for when the show returns on Jan 18th.