Olivier Assayas seems to have taken more than a purely directorial liking to Kristen Stewart which is just as well seeing that her face and body (acting is a whole different story) are probably the best thing about his ridiculous Palme D’Or contender “Personal Shopper”. 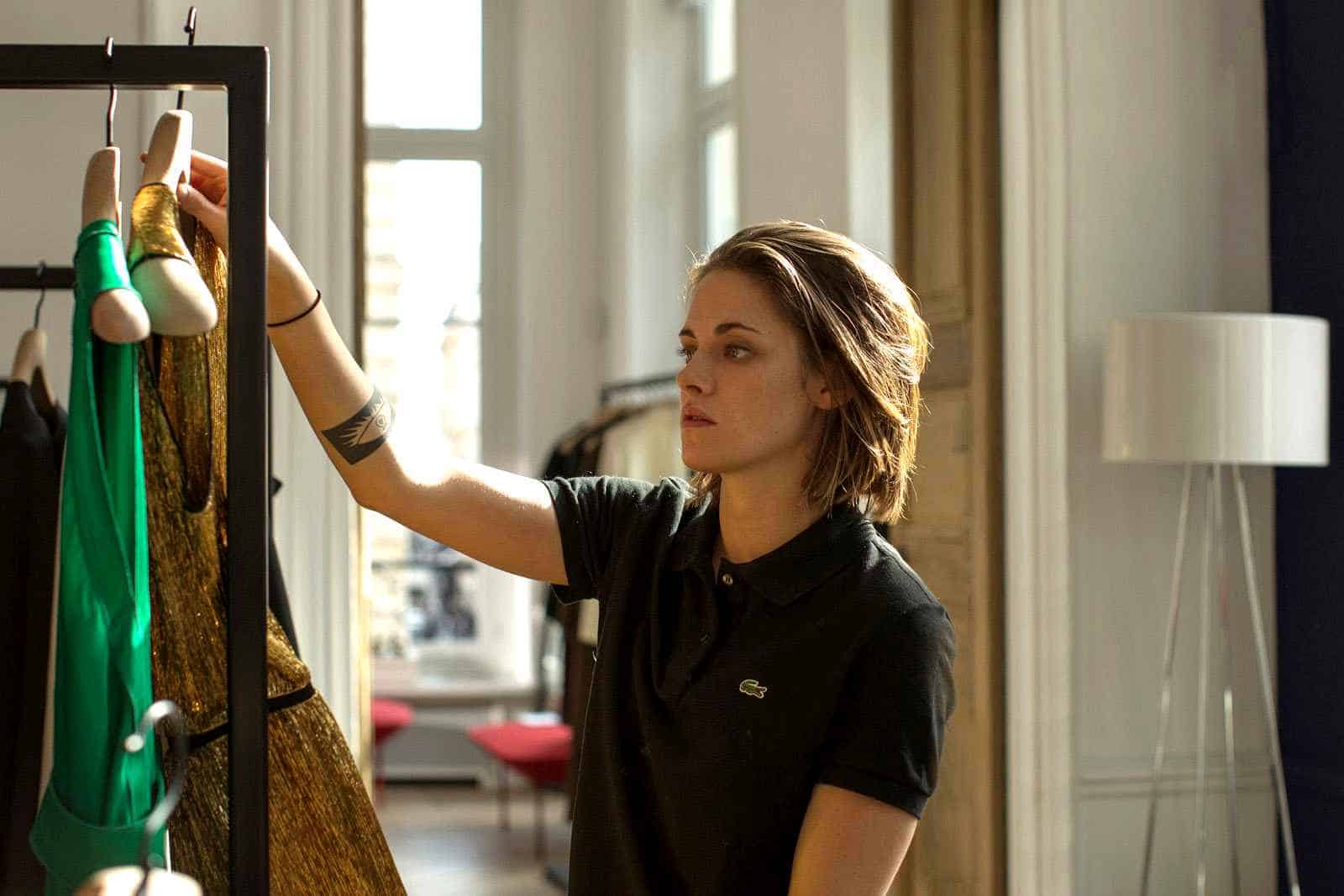 Set largely in Paris, with cameo appearances by a haunted mansion in the French countryside, a totally pointless jaunt to London, and a somewhat more relevant but largely arbitrary ending in Oman (I am guessing part of the funding came from the UK and Oman), the film stars Stewart as Maureen, a moping American who has a gig styling and personal shopping from fancy designer stores (wherein she drops by greasy-haired, grungy-looking and not a hint of the Parisian condescending attitude, which makes you envy the universe Assayas must gravitate in) for some sort of celebrity bitch who lives in a fancy Paris apartment. Her name is Kyra, she jet-sets between fashion shows and doesn’t care that returning designer outfits late mildly annoys Maureen. Mildly annoys, for this seems to be the only emotion Maureen is capable of. Although her brother Lewis has recently passed away – hence her moping and her being in Paris – Maureen never for a second expresses anything approaching humanlike grief, despair, mourning…Instead, at her most excited and enthusiastic – although again these are relative – Maureen tells Kyra’s lover that she is in Paris to connect with the spirit of her brother as both of them are endowed with medium abilities (he presumably still is a medium, though a dead one). So Maureen is in Paris waiting for a sign from her brother.

The problem is there is no conceivable reason why she needs such a sign. She doesn’t seem to have cared much about her brother (any more than she displays any sort of detectable emotion for her Skyping boyfriend working in Oman) and her brother died seemingly happy and accepting of his death from a congenital heart defect. Spirits and ghosts in films tend to be a premise for some sort of unresolved drama, but not so in “Personal Shopper” – the spirit plot is entirely, blatantly gratuitous. 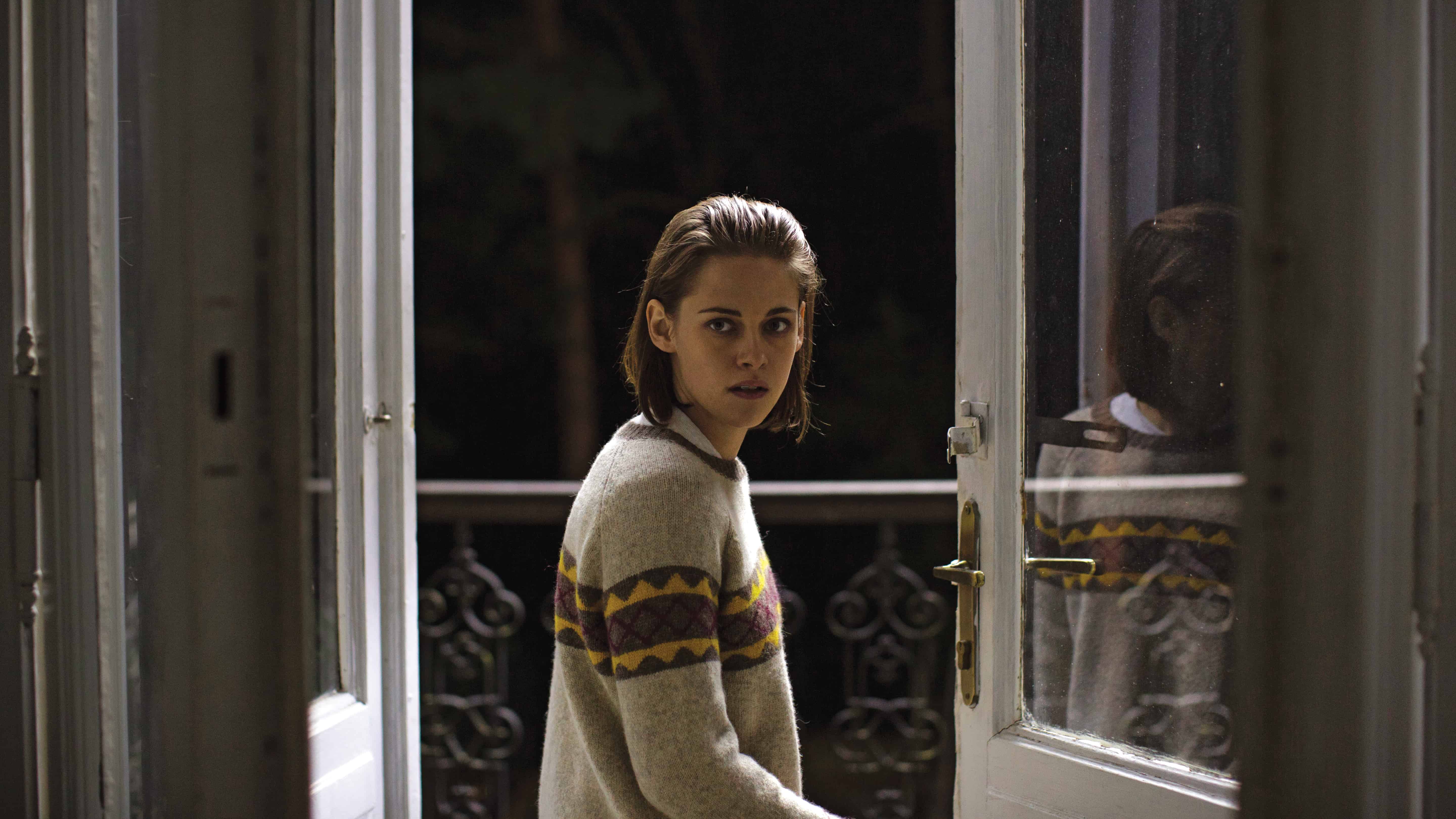 It is preposterous but real for we are actually treated to sightings of these spirits, especially a bitchy female one residing in the dead brother’s house and that Maureen hoped would be Lewis. The upset bitchy spirit ends up vomiting which leads Maureen to conclude that the she-ghost is now gone. Then again, Maureen knows more about these spirit proceedings the average movie-goer. We don’t find out who this spirit is but apparently it’s a random one and not her brother.

Even more absurd is the subplot of ‘texting ghost’ – after spending half an hour of screen time actually showing a text conversation on Maureen’s iPhone with a mysterious unknown sender, and after this moderately friendly ghost summons Maureen to a hotel room and gruesomely murders Kyra, it turns out it was a human after all – aforementioned Kyra’s lover – but why, how, what for -who cares? In one of the most implausible sequences, he randomly pulls out a gun and shoots two cops. This is when Assayas’ creation gets laughs of pity at the Cannes press screening, for he has just surpassed the ghostlike limits of inanity.

And oh, Kristen Stewart has a great body we now know owing to an admirative sequence in which “text ghost” provokes her to do something forbidden and scary – so she tries of Kyra’s clothes for Kyra really does not like that, we are told. But Assayas does like it, so to top the pretty designer dresses off we are treated to a sequence of Maureen masturbating which Stewart, despite the superb clothes, great body and pretty face, manages to execute with such utter lack of eroticism, keeping her blasé, annoyed expression, that maybe this is an acting achievement in itself.

Assayas probably saw sophistication in his gimmick of letting the audience see the spirits all the while making Maureen doubt them, and yes, we do get the bottom line that the ghosts of those we have loved haunt us but we should move on. No matter, “Personal Shopper” looks like one long iPhone/Channel/Cartier/Kristen Stewart product placement and feels like an insult to the audience’s intelligence.