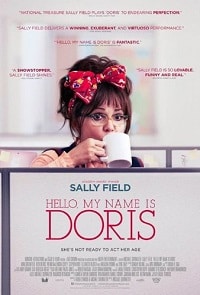 There’s an undercurrent of genuine sadness in Hello, My Name Is Doris that makes this otherwise modest comedy romance feel surprisingly poignant. There’s also a magnificent leading performance from Sally Field. Director Michael Showalter struggles to find the proper balance between humor and desperation, but Field plugs the gaps by completely inhabiting her character. This is an odd duck that stretches our suspension of disbelief to the breaking point. Still, it’s a fascinating portrait that dares to suggest age and sexuality are not mutually exclusive.

Doris Miller (Field) is a good soldier. She sacrificed her entire life to stay at home and take care of her demanding mother. She’s had the same crummy desk job forever and her young co-workers still won’t acknowledge her existence. Her one true love left town over 40 years ago. She endures the harassment of her shiftless brother (Stephen Root) and his vapid wife (Wendi McLendon-Covey) as they constantly pressure her to sell the family house. Her best friend (Tyne Daly) drags her to boring YMCA seminars so she can mooch free food. Doris endures it all without a word of protest.

Well, no longer. After hearing the inspirational message of a self-help guru played by Peter Gallagher (“The word ‘impossible’ spells ‘I’m possible!’”), the sixty-something Doris is convinced that she can still find love. The object of her misguided affection is a thirty-something hunk named John (Max Greenfield) who just started working at the office. He’s young, hip, and not the least bit judgmental. With her cat-eye glasses and frumpy sweaters, John thinks Doris is a hoot. They start hanging out together, which only fuels Doris’s lurid fantasies and unrealistic dreams. It’s the perfect setup for a tired romantic comedy that, thankfully, never materializes. 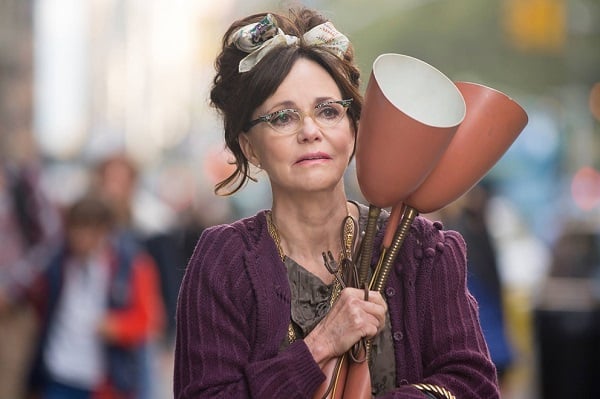 It’s a credit to Field’s quirky charm that we even entertain the notion of a friendship between Doris and John, let alone a romantic scenario. There are obvious comparisons to be made to Hal Ashby’s ‘70s staple Harold and Maude, but director Michael Showalter crafts a different tone for his cradle robbing. Namely, the roles are reversed. Instead of Maude’s vivacious septuagenarian, Doris more closely resembles the henpecked Harold, who is so paralyzed by life that he spends his time orchestrating fake suicide attempts. There are some broad comedic moments in Doris (as when Doris has John re-inflate an exercise ball while she’s still sitting on it), but, unlike Ashby’s cult classic, there is very little irreverence and whimsy to be found.

Doris is a sad figure. She lives a semi-hoarder existence buried beneath stacks of expired magazines, empty shampoo bottles, and a single snow ski that she cherishes. With no interests of her own, Doris is forced to stalk John’s Facebook page in order to assimilate his likes and predilections. When Doris finds that she actually likes John’s favorite band—the fictional electronic rockers ’Baby Goya and the Nuclear Winters’—she accompanies him to a live show. The concert sequence epitomizes the entire Hello, My Name Is Doris experience; you enjoy watching Doris have a good time and cut loose, but your heart aches over how horribly she has misjudged John’s intentions. This odd combination of feel-good and melancholy makes Showalter’s creation easy to embrace but hard to enjoy. 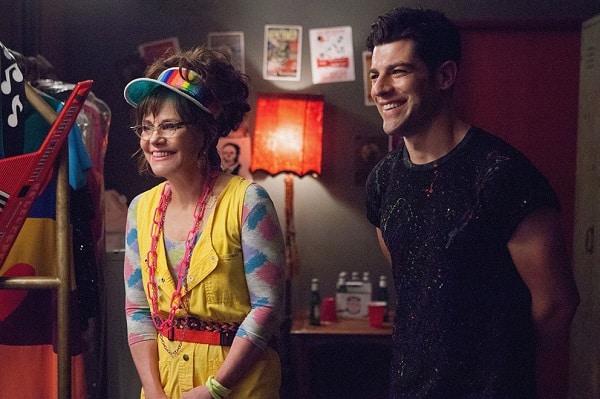 Showalter also pushes the generational dynamics a bit too far, giving Doris an almost Being There vibe. The kids mistake Doris’s inability to articulate her dormant emotions as quiet wisdom. Her every clueless fashion decision becomes “funky,” and they ponder each random syllable like it was delivered by Gwyneth Paltrow herself. These are the moments where you feel the premise (and your suspension of disbelief) stretched to the breaking point. Were it not for Field’s brilliance and likeability, Doris would tip into distracting satire.

What Showalter and his co-writer, Laura Terruso, get right is Doris’s sexual yearning. Despite her age and her assumed lack of sexual activity, Doris isn’t a prude. She fantasizes about devouring her young stud muffin, and even dreams about re-naming herself something more alluring, “like Lilith Cumswell.” Younger viewers may find themselves squirming, but it’s refreshing to see an older woman going after what she wants. 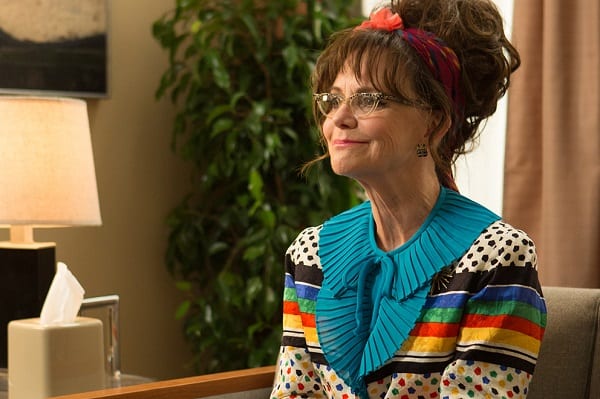 It’s even more refreshing to see an older actress given such a meaty leading role. From her sometimes tenuous grip on reality to the reading glasses she wears in front of her cat-eye glasses, Field tears into each layer of Doris’s fully-realized persona. It’s a brave, nuanced performance. Field’s comic timing remains sharp, and when it’s time to finally unleash Doris’s buried emotions, she erupts with startling fury. Max Greenfield does a good job of being accessible while still remaining unattainable. Without his easygoing charm, Doris goes from a lovesick admirer to a terrifying stalker inside of 30 minutes.

Hello, My Name Is Doris is a bit tonally awkward to click with mainstream audiences, but fans of off-kilter character studies will find plenty to like. Further hampering its economic prospects is a mystifying R-rating in the United States, solely due to one character’s affinity for f-bombs. Mainly, it’s a treat just to watch Sally Field shed her harried mother persona and take the lead again. Hello, My Name Is Doris proves there are plenty of stories to tell about the older generation, and some of them are pretty darn spicy.