“The tinsmith forgot to give me a heart” ~Tinman, The Wizard of Oz

WHAT DOES it mean to be human? Is it our heart, tirelessly pumping away to circulate fresh, oxygenated blood to our starving cells? Is it our brain, with its myriad neural connections that give us consciousness, reasoning and emotion? In 1952, Tezuka Osamu’s classic Astro Boy introduced us to an existential conundrum: a boy robot with the ability to feel. Despite having neither heart nor brain, he showed kindness, compassion and empathy – distinctly human traits – and continuously fought to protect humanity against evil. It is worth mentioning that the word ‘robot’ itself derives from the Czech robota, meaning forced labour, but in many Slavic languages it simply means ‘to work’. What’s strange about all the robots in the post-apocalyptic adventure game Scrap Garden is that they have suddenly and inexplicably stopped working, setting the scene for an utterly gripping mystery. 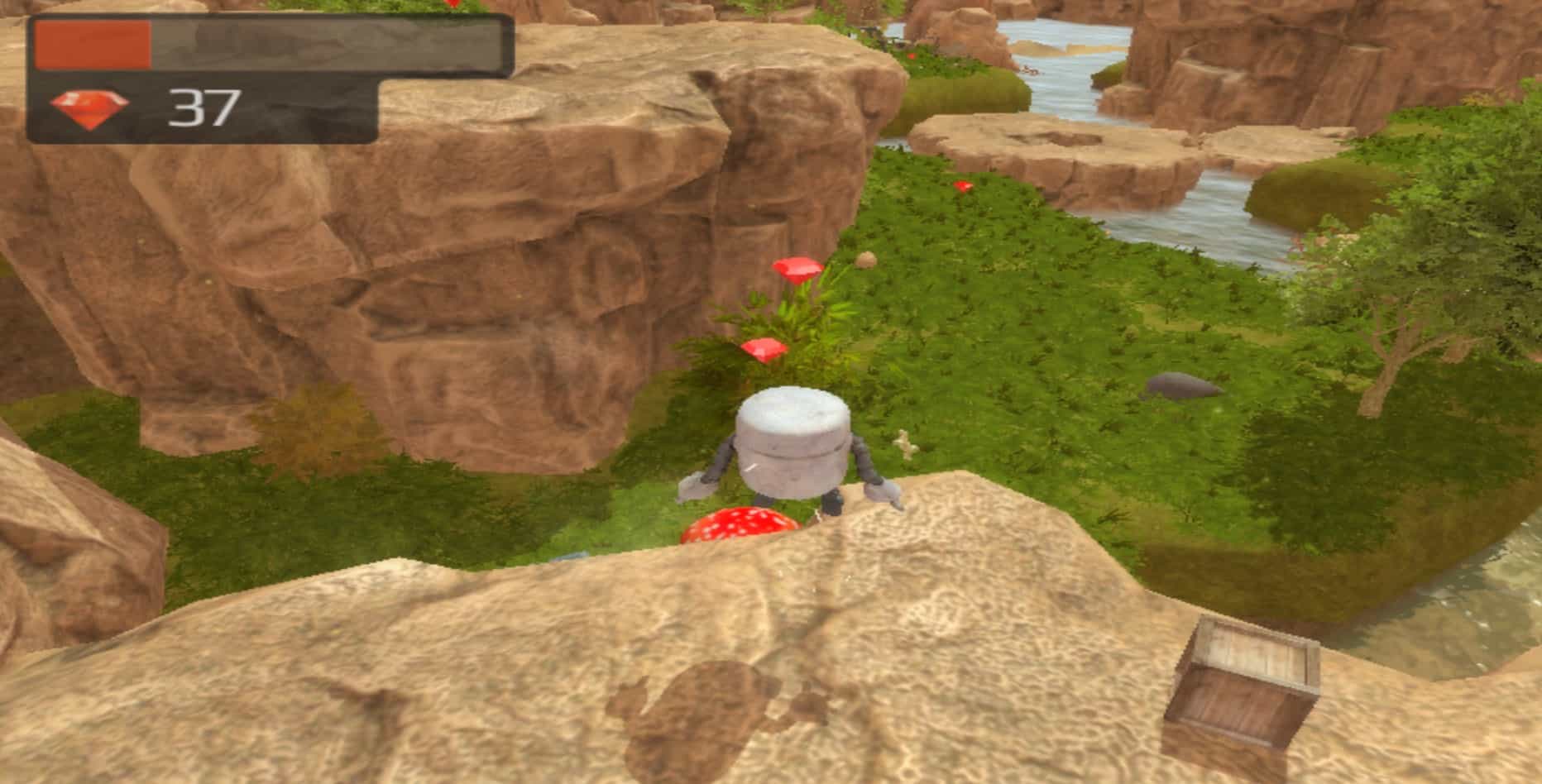 Streams of rust and moss decorate the obsolete mechanical soldiers who stand sadly in a stagnant, forsaken world. Against the glow of the autumn sun, one robot awakens. His serial number reads C4NNY – Canny, the lovable miniature robot protagonist chosen by fate to discover the truth. Scrap Garden‘s beginning is unmistakably adagio, acclimatizing players to simple objectives such as returning a generator and opening closed passages. More complex moves like jumping, and picking up objects are gradually introduced, though the selected white text is rather difficult to read against ochre colour schemes. Regardless, the softly rendered trees, picturesque buildings and mellow snowy panoramas are visually delightful and complement the bittersweet, adaptive melodic soundtrack. Scattered around the junkyard and general landscapes are red crystals, collectibles required for unlocking new areas, which can also be earned through defeating enemies and in true 3D platforming style significantly strengthen the desire to explore every nook and cranny in sight. 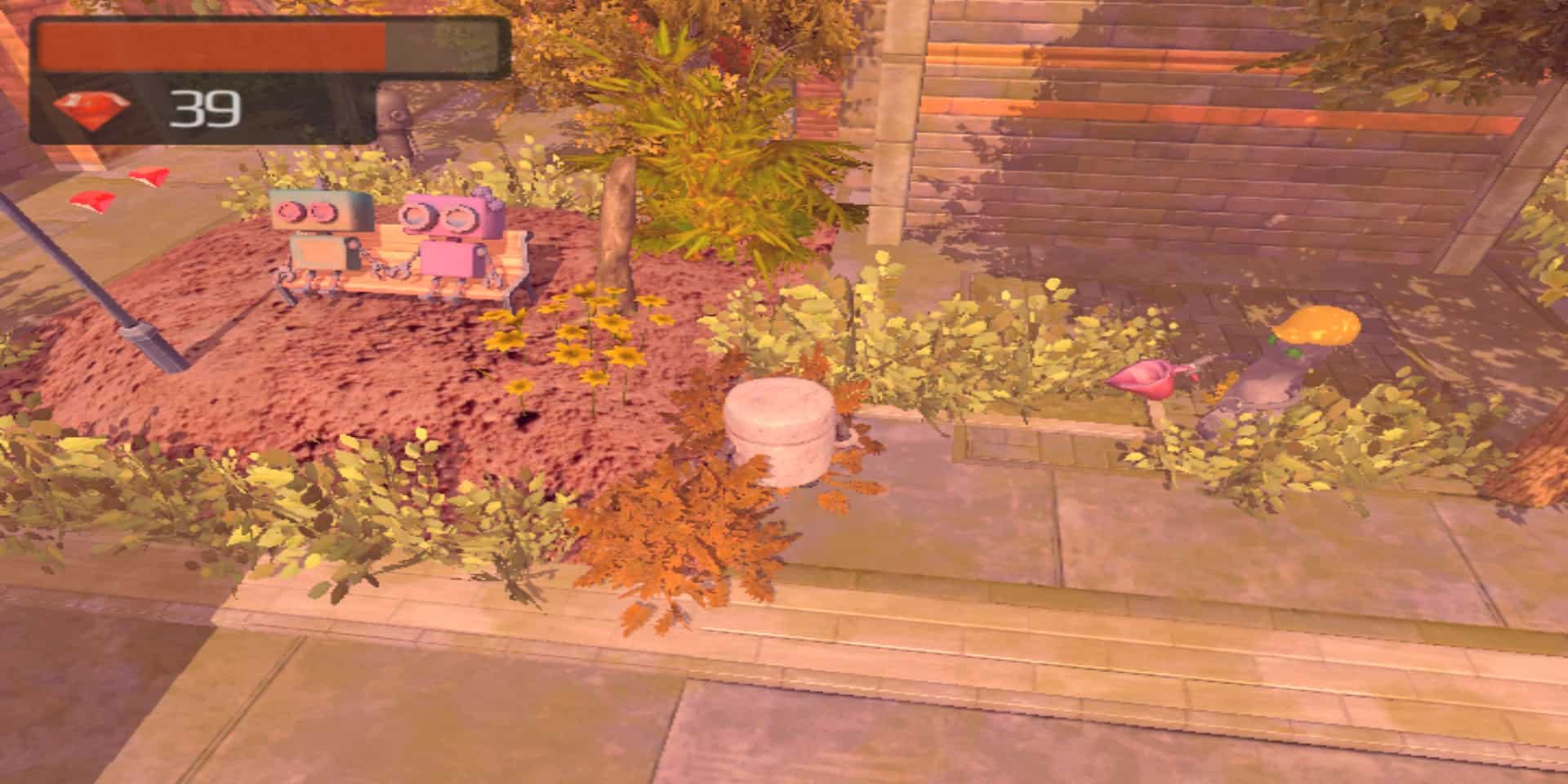 What is most striking about Scrap Garden is without a shadow of a doubt the inescapably pervasive atmosphere of silence and emptiness, the complete antithesis of most other games. The absence of life is palpable. Apart from the red-eyed rats, everything is literally paused, not unlike when the men in black hats from The Adjustment Bureau come and inconspicuously modify ordinary moments in our lives. There are robot citizens caught frozen in time, sitting together on a bench holding hands, lining up for some refreshing ice-cream, gazing up at the sun from atop a balcony. At first, I experimented, knocking the robots over to see what would happen, but I soon felt completely overwhelmed by a strange, unexpected sadness, seeing them crash lifelessly against the ground. It was a moment of profoundly devastating beauty. Occasionally, the solitary atmosphere makes gameplay feel unengaging, but the progressive development of Scrap Garden‘s narrative succeeds in reeling players in time and time again: on top of the city tower, Canny meets a survivor from the robot apocalypse who reveals that many years ago, a terrifying dragon crushed the city’s life force – a gigantic red crystal. He instructs Canny to reactivate it by recharging five separate beams, encouraging Canny each time he is triumphant with elusive advice:

The world around us is a tough and unforgiving place. But we are robots, and we must fight to survive 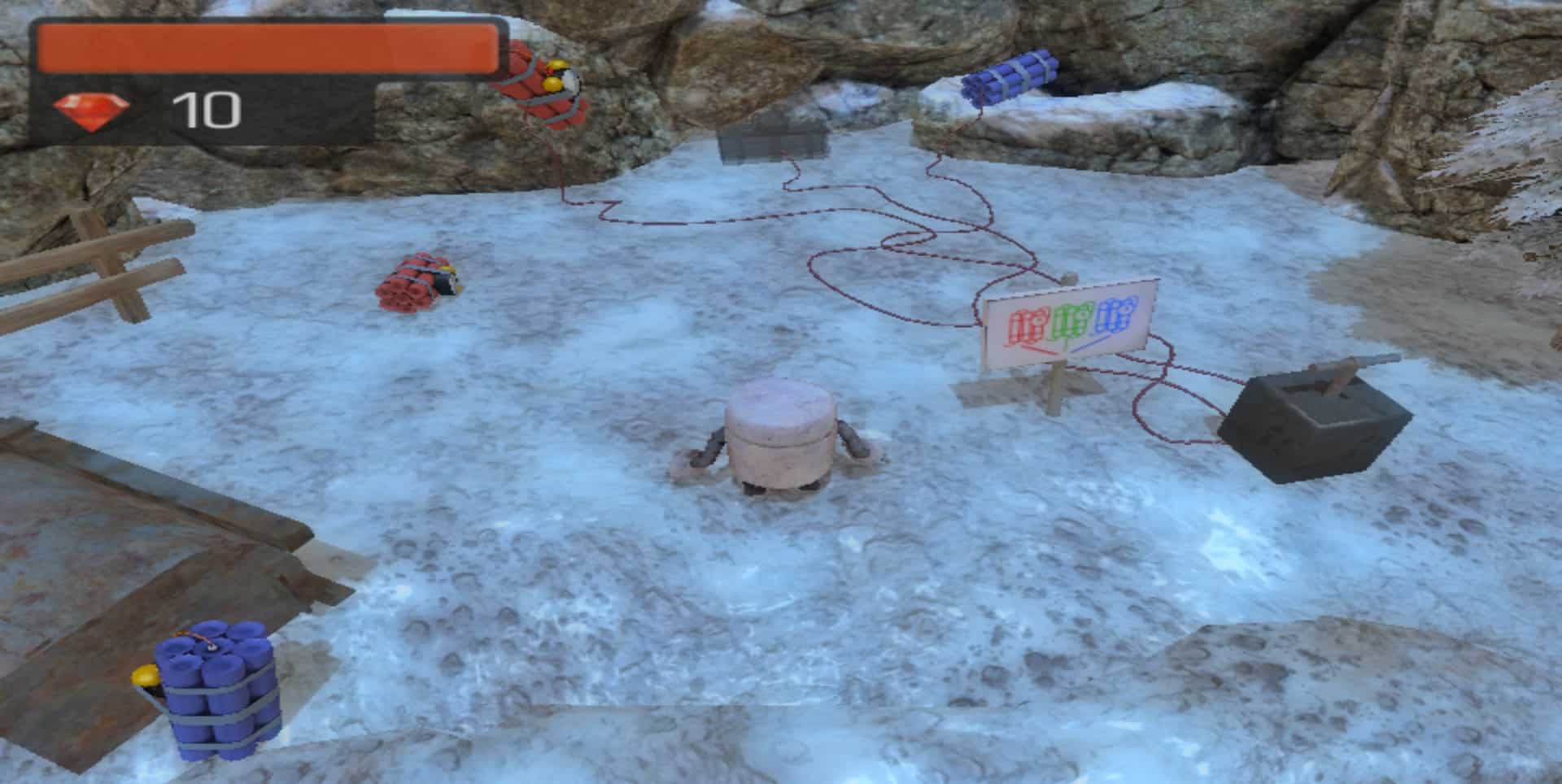 Following chapters frequently switch camera perspectives and adopt a more platforming heavy gameplay approach, launching Canny into different puzzles that range from deciphering ancient runes to recharging deactivated generators and locating coloured TNT bundles to clear a massive blockage.  Overall, the puzzle designs are simple and very well suited to casual gamers, although Canny’s slippery movement could use some fine tuning – particularly around ledges. A few of the earlier bosses presented unresponsive controls which made executing a successful strategy difficult, but later boss battles were seamless and came with an increased level of challenge and reward. Gameplay wise, minigames are a standout performer with exhilarating downhill mountain slides ala Tomb Raider (minus impaling) and Donkey Kong inspired mine karting, a perfect contrast to the leisurely pace that dominates the majority of the game.

See also  'Killing Floor 2' may have just killed itself 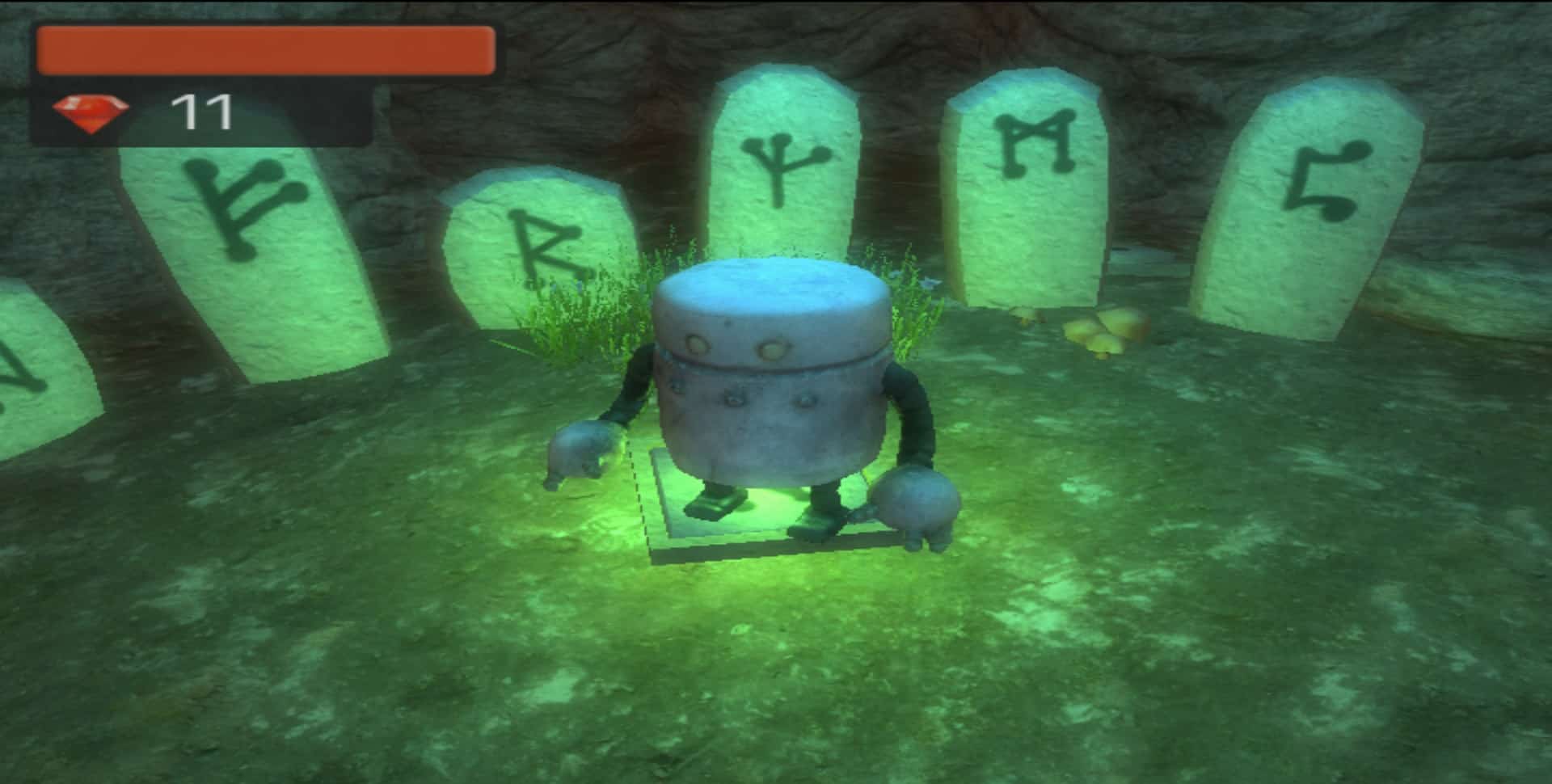 Scrap Garden surprises in bursts with enemies popping out of chests rather than crystals and a holographic device painstakingly reciting a recorded message which details the demise of the city, until the brilliantly shocking denouement at the energy lab where Tezuka’s existential conundrum comes to the forefront once again, which will leave players quietly shivering.