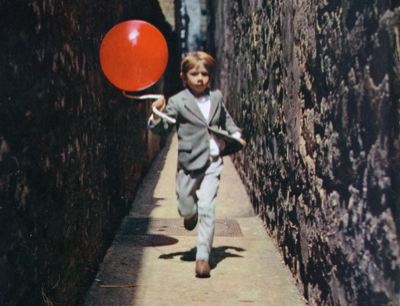 Albert Lamorisse’s exquisite The Red Balloon remains one of the most beloved family films of all time. Weirdly, the 1956 film won the Best Original Screenplay Oscar = despite being a 35-minute French movie, and despite having no dialogue. In 1988, the Academy itself managed to anger Disney over the use of Snow White in a very bizarre opening featuring Rob Lowe singing and dancing with an actress dressed up as the title character. The performance was a giant flop, and in the following days the Walt Disney Company sued the Academy for unauthorized use of the Snow White image.

at the 1974 ceremony, 33-year-old Robert Opal ran across the stage butt-naked on live TV. Opal flashes a peace sign as he passes the cameras, and NBC cuts away to avoid full frontal nudity. After the laughter has died down, presenter David Niven tells the crowd, “Just think: the only laugh that man will probably ever get is for stripping and showing off his shortcomings.”

South Park vs. The Oscars

The original music by Matt Stone and Trey Parker’s for South Park: Bigger, Longer and Uncut was nominated for Best Original Song. Voice actress Mary Kay Bergman was supposed to perform the number, but her suicide resulted in Robin Williams singing by himself while embodying eight people at the same time.

In 2005, George Clooney’s Oscar speech summed up just how self congratulatory Oscar night is when he responded to host Jon Stewart’s earlier dig that “Hollywood was out of touch with America.” Clooney replied: “I would say that we are a little bit out of touch in Hollywood… it’s probably a good thing. We were the ones talking about AIDS when it was just being whispered, and we talked about civil rights when it wasn’t popular and this group of people gave Hattie McDaniel an Oscar in 1939 when blacks were sitting in the backs of theaters.” The incredibly obnoxious speech angered many viewers, but some good did come out of it, as it inspired Matt Stone and Trey Parker to create one of South Park’s most memorable episodes. Watch the video above to understand why. Bjork’s infamous swan dress, designed by Marjan Pejoski, which she wore to the 2001 Oscars red carpet, surprised just about everyone. Bjork shocked crowds with the outfit, which even laid eggs along the red carpet. The Icelandic singer and actress was nominated for Best Original Song for “I’ve Seen It All” from Lars von Trier’s Dancer in the Dark. It is arguably the most famous outfit ever worn to the Oscars, but the singer insists the infamous swan dress she wore was meant as a joke, explaining: “Well, I did bring eggs. Six of them that I left all over the red carpet. I was actually amazed at how many people thought I was serious. I didn’t mean to cause a riot. It was really funny because the security guards would pick them up and run after me with their walkie-talkies saying, ‘Excuse me, miss, you dropped this.'”

Adrien Brody was the youngest Best Actor winner in Oscar history when he took home the prize in 2002 for his work in The Pianist. The actor stunned viewers and actress Halle Berry by kissing her passionately on the lips as she presented him his award.