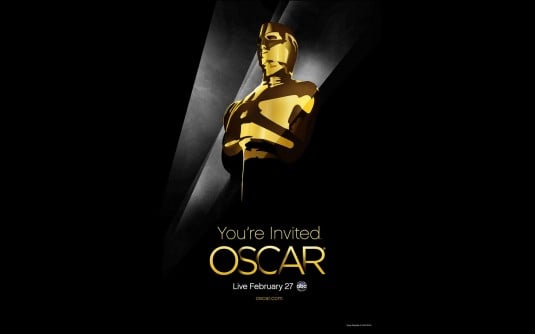 The saying goes: If Hollywood is really the movie capital of the world, then Oscar night is the world’s biggest wrap party, and like all parties, each event comes with unwelcome guests, embarrassing situations, strange fashions and controversial moments. In fact, controversy and the Oscars seem to go hand in hand and despite the fact that the Academy Awards are, for the most part, an elegant and tightly controlled affair, some very strange things do occur. Let’s take a look back through the history of the Academy Awards, and some of it’s strangest and more controversial moments – which sadly were also the most memorable.

For the 2007 ceremony, producers hired the dance troop Pilobolus to recreate famous images from that year’s most popular films.

Richard Gere was last asked to present in 1993 when he interrupted the ceremony to give a long speech attacking China’s leader Deng Xiaoping and that country’s human rights record. Gere was told at the time that he would not be invited back to the ceremony.

At the 1993 Oscars, Tim Robbins and Susan Sarandon answered back to the United States government decision to allow a group of HIV positive Haitians to enter the country.

In 1975, Frank Sinatra responded publicly on an Oscar telecast, criticizing Dustin Hoffman for his attack of the Academy, saying “and contrary to what Dustin Hoffman thinks, it is not a disgusting evening, it is not garish, and it is not disrespectful.”

In 1977, Vanessa Redgrave won her Supporting Actress Oscar for Julia. The film was based on Lillian Hellman’s book Pentimento, a portion of which purports to tell the story of her relationship with her lifelong friend, “Julia,” who fought against the Nazis in the years prior to World War II. However, in addition to starring in Julia, Redgrave also funded a documentary entitled The Palestinian in which she backed a Palestinian homeland and, more controversially, danced with an Kalashnikov rifle. Some of the more militant Jewish groups took this as a signal that she was an anti-Semite despite her role in the film she was nominated for. Around seventy-five Jewish Defence League (JDL) members and two hundred Palestine Liberation Organization (PLO) followers and sympathizers were present for the media circus outside. Watch Redgrave’s response to the protesters during her Oscar speech below.

Two hours later, when it came his turn to announce an award winner (for Best Writing), Paddy Chayefsky, responded to Redgrave saying,

“Before I get on to the writing awards, there’s a little matter I’d like to tidy up—at least if I expect to live with myself tomorrow morning. I would like to say, personal opinion, of course, that I’m sick and tired of people exploiting the Academy Awards for the propagation of their own personal propaganda. I would like to suggest to Miss Redgrave that her winning an Academy Award is not a pivotal moment in history, does not require a proclamation and a simple ‘thank you’ would have sufficed.”

The same people who applauded Redgrave applauded Chayefsky. Basically, I don’t think anyone knew what was going on.

–The 1996 opening intro to the event with host Billy Crystal is still by far the most memorable.

George C. Scott made it known how little he cared for the Oscars when he didn’t show up to accept his award for Best Actor in 1970. Instead, he stayed home and watched a hockey game.

The most well known example of an actor refusing his Oscar was Marlon Brando, who was named Best Actor of 1972 for The Godfather. Instead, he sent Sacheen Littlefeather, who delivered the reason why Brando wouldn’t accept his Oscar, due to the poor treatment of American Indians by the film industry, at which point the audience booed her off stage.Clint Eastwood wondered if it should be presented “on behalf of all the cowboys shot in John Ford westerns over the years.”  Michael Caine then criticized Brando for “letting some poor little Indian girl take the boos,” instead of appearing and taking the boos himself.

Memphis’ Three 6 Mafia made history, becoming the first hip-hop group to ever perform live at the Academy Awards and also winning the Best Original Song Oscar for the Juicy J and DJ Paul-penned song “It’s Hard Out Here For A Pimp” from the film Hustle & Flow. T

While I found a video online of their performance, I couldn’t find a good quality clip of their speech. So here is a transcript of Three 6 Mafia’s acceptance speech from the history making moment:

DJ Paul: Select-O-Hits for givin’ us a chance. The Academy…We love the Academy! Gil Cates! Everybody, man!

DJ Paul: Hell, I got plenty of time. I wanna thank everybody man…

DJ Paul: Once again our families…Ludacris, shawty, what’s up! George Clooney, my favorite man, he showed me love when I first met him.

In 1977, singer Debby Boone performed “You Light up My Life” at the ceremony. For her performance she recruited a group of eleven deaf children to perform the lyrics in ASL for the hearing impaired watching the broadcast. As it turned out, the children were not deaf, as everybody had believed they were, and had no clue how to use sign language.