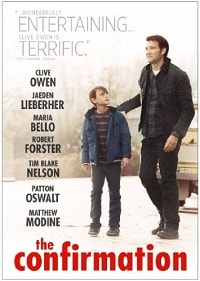 Screenwriter Bob Nelson’s directorial debut, The Confirmation, is the sort of observant, low-key affair you would expect from the creator of Nebraska. Indie character dramas are always at risk for being too precious, but Nelson straddles that line effortlessly; opting for small moments of clarity rather than Kleenex-worthy bombshells. Blink and you might miss this ultra-slight morsel, but it’s definitely worth keeping an eye out for The Confirmation.

Walt (Clive Owen) is having one of those days people always seem to be having in the movies. His ex-wife (Maria Bello) is going on a weekend Catholic couples retreat with her new husband (Matthew Modine) and she needs Walt to babysit their precocious 8 year-old son, Anthony (Jaeden Lieberher). Somebody stole Walt’s prized toolkit, which he needs for the carpentry jobs that are growing fewer and farther between these days. So few and far between, in fact, that he just got evicted from his dilapidated house and he can’t afford to repair his even more dilapidated truck. Oh, and Walt is a recovering alcoholic with some serious reliability issues. Other than that, his life is hunky-dory.

It’s the thinnest of premises at the heart of The Confirmation; a deadbeat dad has ill-advised adventures with his whip-smart son and they learn valuable life lessons together. The reason why this movie keeps getting re-made is that it can work like gangbusters in the hands of a good writer. Bob Nelson is a very good writer. It takes a bit more patience to reach the gooey center of this lollipop, but it tastes much sweeter than the standard Hollywood re-telling.

See also  31 Days of Horror: 'Tucker And Dale vs. Evil' is dead set on fun 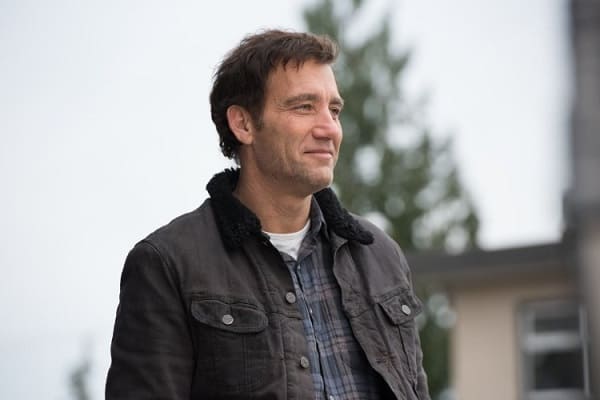 Clive Owen is almost grizzled beyond recognition. Looking at his weather-beaten face, it’s hard to believe he was a leading candidate to play James Bond just 10 years ago. The lack of dash serves him well here, as he blends convincingly into a rural environment populated by thieves and meth-heads. Yet, Walt remains a guy we can all embrace. Sure, his flawed nature has alienated his wife and impressionable son, but he’s also a good man. He works hard at his job, extoling the virtues of pride and craftsmanship to Anthony. “Bad workmanship is a sin,” he proclaims without the least bit of irony. If the world turns its back on a well-meaning schlub like Walt, what chance do the rest of us have?

Nelson will likely never be mistaken for a bravura director, but there’s something reassuring about his point-and-shoot approach. He simply allows his capable script and wonderful actors to take care of business for him. Mainly, Nelson stays focused on getting all the little details right. A child’s awkward confession to an intimidating priest (Stephen Tobolowsky) or the hopelessly-misguided detective work of an amiable meth-head (Patton Oswalt) might have found the ‘delete’ button in the hands of a less observant director. Here, they anchor entire sequences that allow the characters to grow and develop before our very eyes. He might not be very flashy behind the camera, but Nelson knows the value of being invisible and letting his story unfold.

Of course, Nelson also doddles in many scenes, particularly in the film’s opening act. This makes The Confirmation a bit lethargic at times. It takes a good 30 minutes for things to start humming. That’s about the point when Nelson stops belaboring Walt’s misfortune and starts focusing on his relationship with Anthony. Owen and Lieberher are dynamite together, with a free-flowing chemistry that never feels forced or saccharine. They talk, they have father-son shenanigans, and they share plenty of uncomfortable silences. It’s all understated and authentic, which makes you root even harder for them to re-connect. 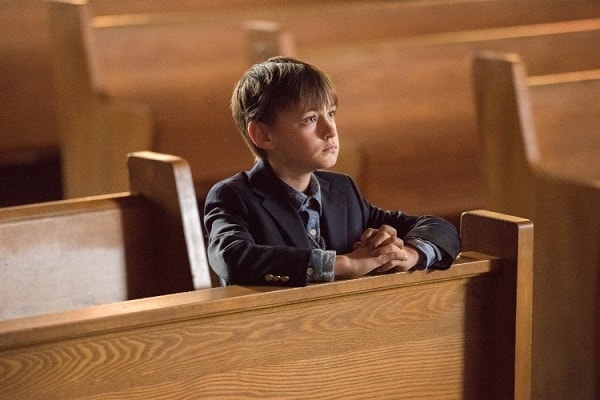 Speaking of Lieberher… just wow. This kid is terrific! He was the best part of the middling St. Vincent a few years ago, and he’s magnificent in the soon-to-be released sci-fi flick, Midnight Express. While his quiet demeanor is undeniably Culkin-esque, he never overplays the ‘wise beyond his years’ card. You feel like he’s genuinely engaging the world rather than sitting in judgement. In other words, he’s a child actor who understands how to be a child on film, not some smug version of a small adult.

The Confirmation never reaches the sublime zaniness of its indie brethren Sideways, but it has a similar vibe and spirit. Like Miles, Walt is a sad sack because he can’t take his own sage advice. It’s a pleasure to get stuck in his spiral for a couple of hours, and even more gratifying to watch his painstakingly slow progression. The Confirmation is an understated celebration of fatherhood and family that earns more grins than tears.