Not many people remember Netflix in the days before it became a streaming giant in 2007. During the early days of the company, it was focused solely on sending movie and video game rentals in the mail, and competed heavily with other major video rental chains like Blockbuster.

Since they switched their business model to what it is today, Netflix has become the go-to for millions of subscribers worldwide who want to binge-watch their favorite TV shows and movies whenever and from multiple devices. And, with the platform having so many titles to choose from and being so easy to navigate (not to mention Netflix is advertisement-free), it’s easy to see why.

However, with success comes competition, and now Netflix is battling with newer, popular streaming services such as Disney+, Hulu, Amazon Prime, and more. With that said, though, Netflix still remains the top streaming service, at least for the foreseeable future.

If you’ve ever been curious about how Netflix started and the keys to its success, read on as we’ll be sharing 22 facts you didn’t know about the streaming giant!

Contents show
Facts About Netflix Usage
1. 74% of People Who Use Streaming Services Are Netflix Subscribers
2. Subscribers Spend Roughly 1 Billion Hours Per Week Streaming Netflix Content
3. 26% of Global Streaming Traffic is Attributed to Netflix
4. Nearly 70% of Netflix Subscribers Are Guilty of Binge-Watching
5. Netflix Still Has a DVD Rental Service With 2.7 Million Subscribers
6. 15% of the Globe’s Internet Bandwidth is Taken up by Netflix
7. Netflix Content is Streamed on a Daily Basis by 23% of its Users
8. 55% of Users Pay For Their Own Netflix Subscription
Facts About Their Financials
1. In 2000, Netflix Tried to Sell Their Company to Blockbuster
2. Netflix is Cash Flow Negative
3. Netflix is Actually The 10th Largest Internet Company
4. Netflix Sells its Shares For $350/Share
5. The Current Market Value of Netflix Sits at $231 Billion
6. Netflix is Worth 770 Times Today What it was Worth at Its IPO
Facts About Their Original Entertainment Content
1. Netflix Only Offered 1,000 Titles When it Began Its Streaming Service
2. Netflix Now Offers Nearly 850 Original Titles
3. Netflix Originals Officially Outnumbered Any Acquired Content in 2018
4. Users Save 160 Hours of Ad-Watch Time by Being a Netflix Subscriber
5. Nearly 80% of Views in the US Are Made up of Original Content
6. 57% of Netflix Users Say Original Content is The Main Reason They Subscribed
7. In 2018 Alone, Netflix Spent $12 Billion on Original Content
Are You Still Watching?

1. 74% of People Who Use Streaming Services Are Netflix Subscribers

Cord-cutting has been gaining steady popularity over the past several years, leaving room for streaming to take over the market. Thankfully with this new norm, even new competition like Disney’s streaming service poses little threat to Netflix’s stability.

Binge-watching has greatly increased the number of hours subscribers are sitting down and consuming content.

When accounting for all 149 million of Netflix’s users, the math tells us that each subscriber is often streaming approximately 6.7 hours of content per week! This may not equal out to nearly 7 hours per person as the equation doesn’t account for separate users on a single account, but the numbers aren’t low.

3. 26% of Global Streaming Traffic is Attributed to Netflix

Netflix, being globally popular, consumes more than a quarter of the world’s online streaming traffic. While one might expect Youtube to claim this title, many of the videos hosted on the site are shorter on average than Netflix’s content, which makes up for the difference. 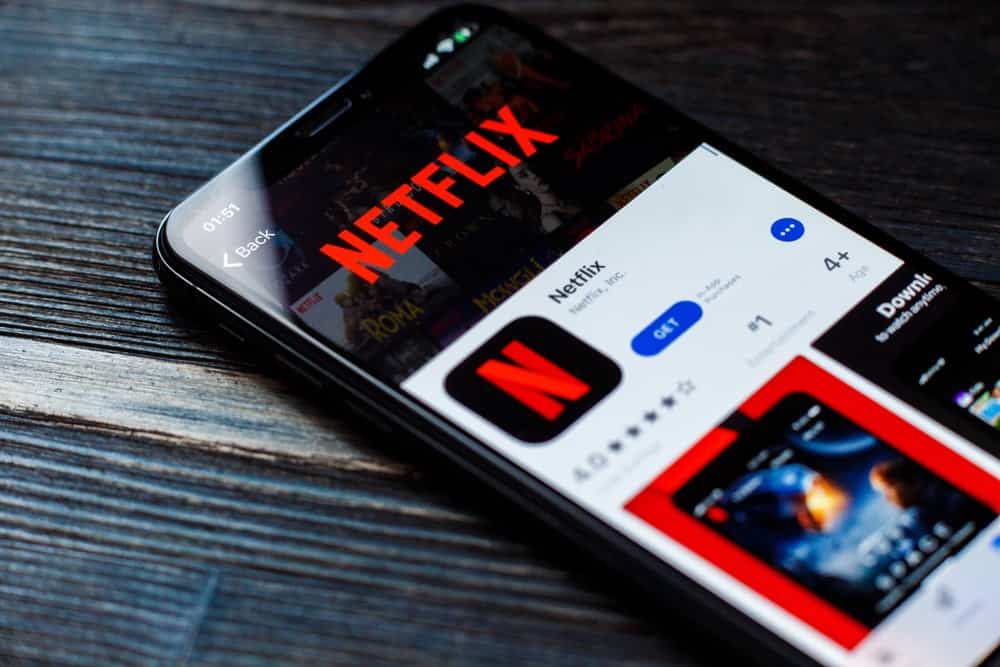 4. Nearly 70% of Netflix Subscribers Are Guilty of Binge-Watching

Though, not every person has time to use this service every day, when many of us have the time it’s often that we don’t stop after a single episode.

In binge-watching, we don’t stop at one or even a few, but consume as many episodes of a show in seating as we’re able to. Netflix’s auto-play feature has largely encouraged this, as well as its ad-free nature.

5. Netflix Still Has a DVD Rental Service With 2.7 Million Subscribers

Surprisingly, despite the peak in streaming titles offered, a great deal of subscribers still request DVD services. Though, thankfully titles claiming to only be available over DVD aren’t all that common on the streaming giant’s services.

See also  X Returns in an Issue #0: The Pigs

6. 15% of the Globe’s Internet Bandwidth is Taken up by Netflix

With millions of subscribers streaming videos daily, a new hurdle is created for Netflix to solve regarding bandwidth.

The streaming service on high-def was only available over broadband internet in the beginning, though thankfully today this is not the case as high-speed internet has become increasingly popular.

7. Netflix Content is Streamed on a Daily Basis by 23% of its Users

While this number may seem low when thinking of how many of us may spend our time while we unwind from a long day or socialize with loved ones, when thinking of the many options we have to obtain our entertainment, knowing that nearly one-fourth of subscribers use Netflix on the daily makes more sense.

8. 55% of Users Pay For Their Own Netflix Subscription

While sharing accounts with another user seems to have become somewhat of a common practice, this may be viewed as socially as undesirable. So, in an effort to appear more capable, more than half of users manage their own accounts and keep the password to themselves.

Facts About Their Financials

1. In 2000, Netflix Tried to Sell Their Company to Blockbuster

Blockbuster, the out-of-business video rental store that is slowly drifting from our memories, serves as a sad reminder of entertainment moving on when existing companies don’t invest in the changing environment.

Though in 2000, the founder of Netflix, Reid Hastings, reached out to the video store to sell for $50 million when the new service wasn’t making money. Although Hastings knew his company had potential, Blockbuster didn’t bite when they had a chance.

Such overwhelming growth comes at a price, however. Netflix has been taking losses lately as it continues to expand.

Though as the world progresses on switching from cable, a stream of new subscribers is expected as Netflix invests in creating its own high-quality content that users are unable to stream from other platforms. 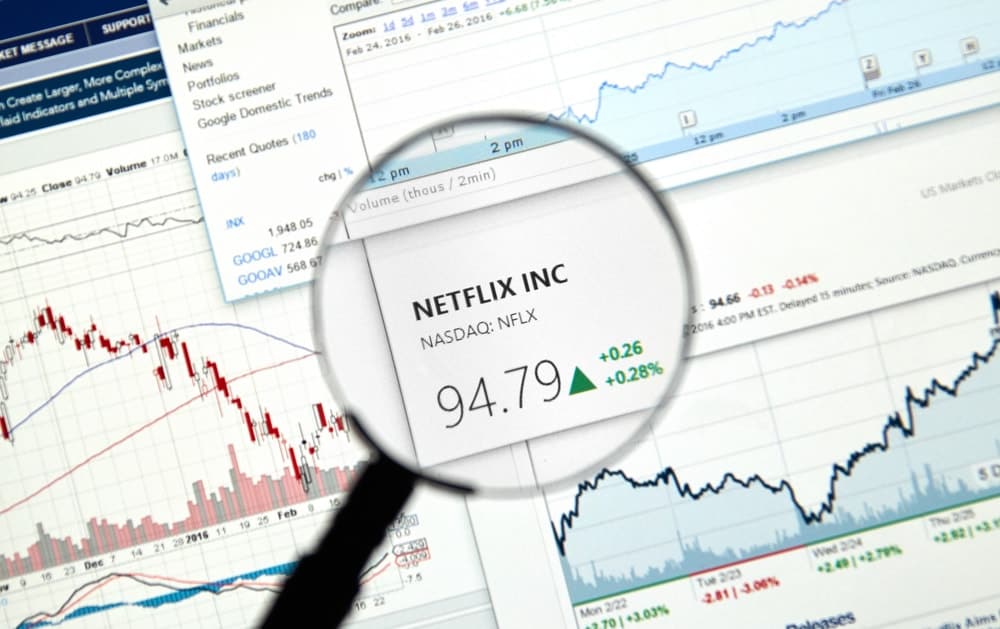 Even though it’s not sitting directly at the top of the list of tech companies, few have been able to take its place just beneath the biggest companies.

Although other world-wide tech companies rank a bit higher in terms of stock prices, such as Google, Amazon, and Apple, Netflix isn’t far behind and remains a high performer on the stock market.

While in 2013 stock shares sold for $50 and under, today its $350 share price and stable growth make it a great choice for investors. Even better for those able to get a foot in the door when prices were lower.

5. The Current Market Value of Netflix Sits at $231 Billion

For a fair comparison to this next point, the gross domestic product of Greece, New Zealand, and Iraq is equivalent to Netflix’s current market value, discounting the idea of contrasting its value against other tech giants.

It may not look as impressive beside Amazon, but the solid business model is clearly here to stay as even more homes switch from cable and aim to save some cash streaming. Netflix’s strong reputation and growth allow it to hold its own even against newcomer services such as Disney Plus.

See also  The Man Who Heard Voices: A Look At M. Night Shyamalan

6. Netflix is Worth 770 Times Today What it was Worth at Its IPO

Netflix’s early worth reached approximately $300 million around 2002, though in less than two decades it has grown to an astounding $230 billion. As a result, the company’s stocks have outperformed most of the market in the past twenty years. 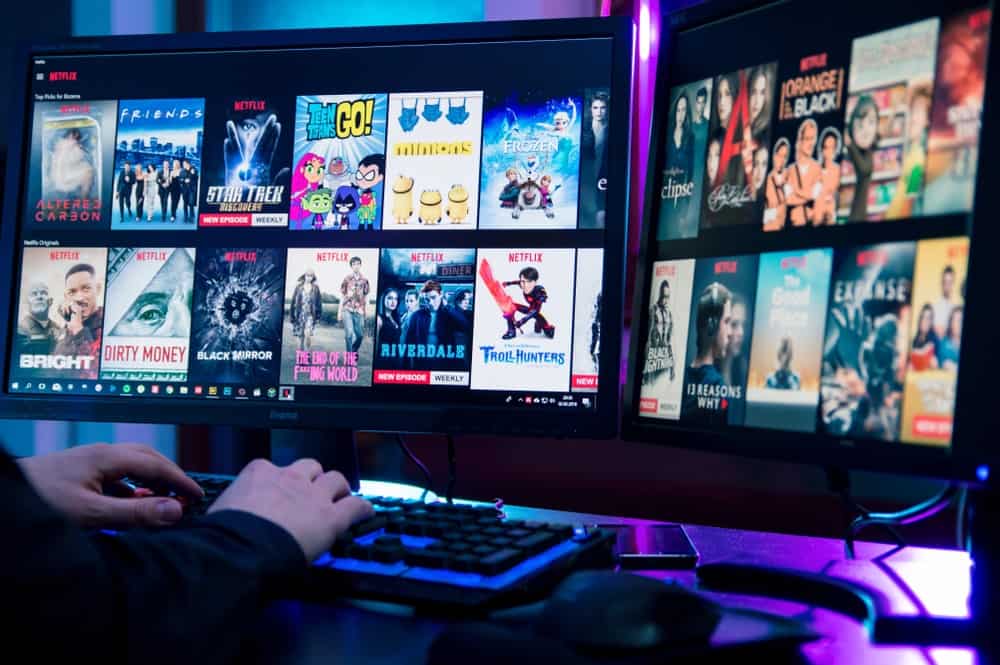 1. Netflix Only Offered 1,000 Titles When it Began Its Streaming Service

In 2007, titles available for instant streaming were far outnumbered by those available through the mail, but this shifted when Netflix began to switch most of its content to digital. Over 7,000 titles were available to stream in 2010.

Netflix’s decision to stop buying more expensive content and instead make it has led to a drop in that digitally available library from over 7,000 to 5,500 as licenses expire or titles are removed.

Netflix began its own branch of viewing the content in 2013 with House of Cards, Hemlock Grove and Orange Is the New Black, with very few more to follow in the next couple years.

Though by 2016, this activity ramped up exponentially, and now we have access to 850 originals, clocking in at around 19,000 hours, on the streaming service today.

In order to bank on this hunger for new content, after making its own content in 2013 Netflix originals began to overtake the number of other titles in the Netflix library until it became the majority in 2018.

4. Users Save 160 Hours of Ad-Watch Time by Being a Netflix Subscriber

When watching free television, commercial breaks were a natural trade-off for the content we received.

But the digital age has brought us a more streamlined way of consuming our entertainment that we’re spared hours of ads, which we can then use to justify watching “one more episode”.

5. Nearly 80% of Views in the US Are Made up of Original Content

Netflix has truly gamed the system and given viewers the new content we’ve been asking for, rather than using Hollywood’s take and filling our screens with endless remakes, even if it is ironic to see Netflix securing its reputation as a favorite by bringing us new content when at its origins the company was only delivery service for existing titles.

6. 57% of Netflix Users Say Original Content is The Main Reason They Subscribed

This only proves the point that viewers have felt starved for new, well-produced content and that Netflix is proving it delivers. Combining that with its ad-free nature, Netflix continues to claim its place as a top streaming contender versus its competition.

Investing in creating original content has become pivotal to the growth of the company, as households are hungry for new stories and willing to pay subscription fees for them.

While spending peaked at $12 billion in 2018, that number is anticipated to increase to $15 billion in 2019 and may climb higher while competition creeps forward from several directions. 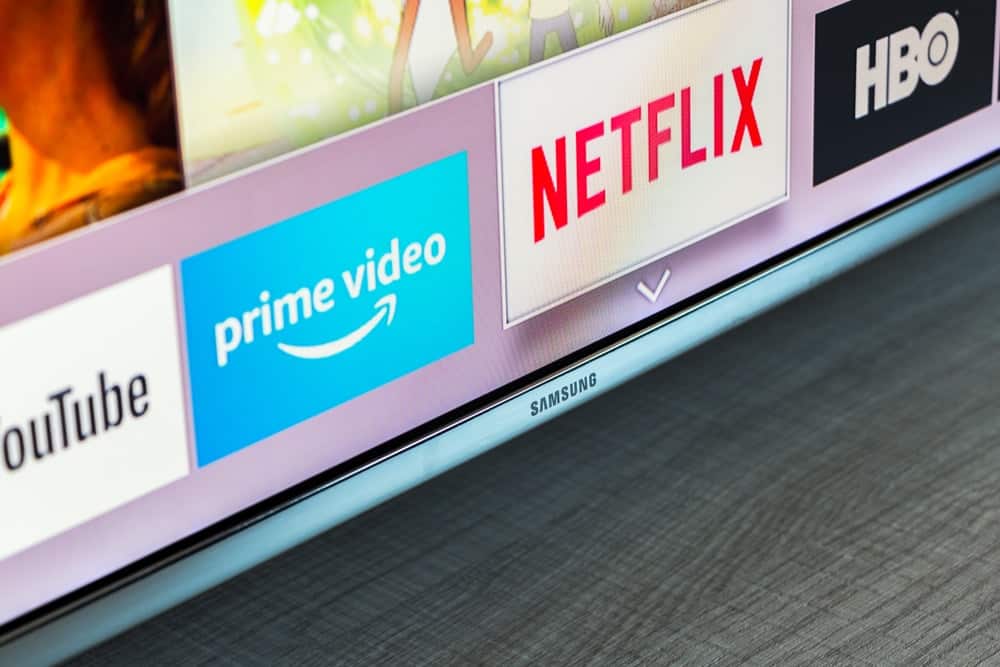 Are You Still Watching?

While Netflix might have company when it comes to streaming services, many people remain loyal to the company due to its reliable platform and bevy of classic and original movies and TV shows.

Regardless of if you’ve moved on to one of Netflix’s competitors or not, it’s hard to deny how impactful they’ve been when it comes to changing the landscape of entertainment as we know it.

We can’t wait to see what Netflix has up its sleeves for the next few critical years. If it’s anything like how they began, we fully expect it to be nothing short of iconic.