Francis Ford Coppola’s newest film, Twixt, enters the realm of popular supernatural dime novels. Val Kilmer is Hall Baltimore, a second-rate Stephen King who is in a slump. Not only has he lost all enthusiasm for the series of novels about witches, but his personal life is plagued by tragedy, alcoholism and financial difficulties. As many American protagonist have before him, he rolls into a small town only to find himself intertwined in the case of a mysterious and supernatural death of a young teen.

Twixt bounces with a self-deprecating sense of humour as it continually tears down Hall Baltimore. Though he has clearly already reached rock bottom, his adventures in real life crime and a strange dream land only further cement the absurdity of his existence. The film revels in a twisted brand of existential angst which continually re-inforces the cruelty of chance and the meaninglessness of human enterprise. Coppola’s tone is quite light and laughs are plentiful. His venture never veering too deeply into meanness, as he delves deep into American kitsch. The film is ultimately a celebration of the small joys of the middle class American lifestyle. The town is distinguished by a seven faced clock tower in which no single clock face tells the right time. The narrative flourishes that simplify and commodify real tragedy and injustice, the American way of turning the other way as a means of protecting a innocent world view. There is nonetheless a lot of affection for this mode of preserving American idealism. It’s a mixture of nostalgia and reverence for a world view that has shaped so completely the American dream.

See also  FNC 2013: 'Bluebird' is a stunning debut about loss and hope

Val Kilmer truly shines in this world and his charm lends pathos to a character who is not immediately sympathetic. Working often with improvisation, he dictates in part the film’s outcome and holds together two worlds that veer a fine line between strange and improbable. The film’s aesthetics are glossy in a small network’s prize formula television series might be. This is elevated by a strange poetic vision in the dream’s monochromatic colour scheme, as well as the suggested confidence of the largely static camera.

Twixt will not please all audiences, especially those expecting a certain gravitas associated with Coppola’s heaviest works. Those with an open-mind and a passion for kitsch, will certainly enjoy this offbeat comedy. Coppola, conscious or not of what his reputation and legacy suggests, creates a debate on the value of low art. Questioning implicitly if we should even make the differentiating, perhaps harkening back to cinema’s uphill battle towards legitimacy in America. 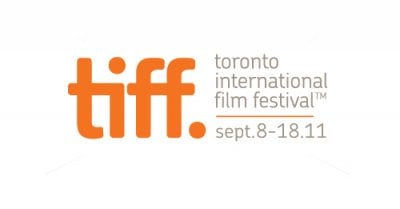