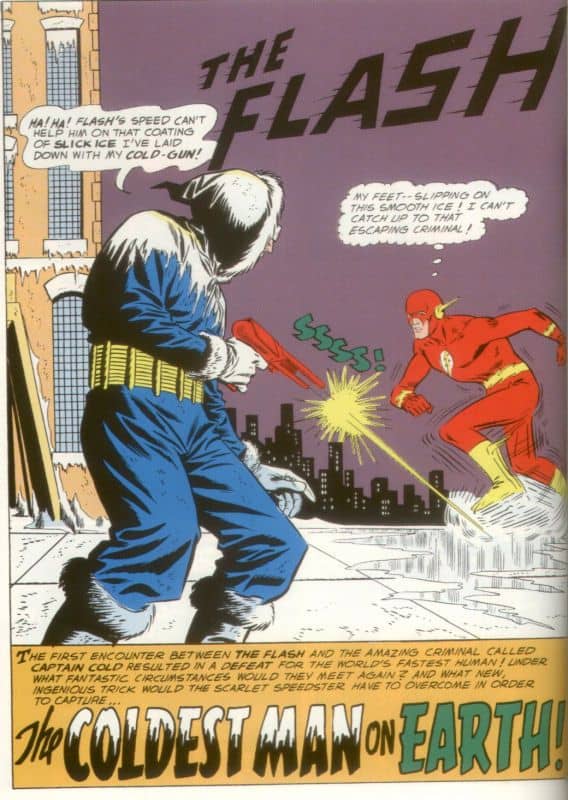 Abilities: Possesses a Cold Gun that allows him to freeze objects to absolute zero, extensive knowledge of cryonics

There are plenty of ice villains in the DC universe, but only Captain Cold could murder The Flash’s grandson one day and send flowers to a grieving Elongated Man in the middle of a heist the next. Leader of the Rogues Gallery, Captain Cold, AKA Leonard Snart, divides his time between committing crime and preventing global disasters. Of course, that would be with a heavy emphasis on the crime. Saving the day…well that all depends on who’s causing the trouble.

First appearing in Showcase #8, Captain Cold is the deadliest supervillain Barry Allen ever faced as The Flash. Abused by his father as a child, Leonard Snart turned to a life of crime, though with very little success initially as he collaborated with a group of inexperienced thieves whom The Flash apprehended by and sent to jail shortly after the crime began. Snart decided it might be best to go solo. He also knew that The Flash, then Barry Allen, had to be subtracted from the equation before any big jobs could be pulled successfully. Proving he’s no dummy, Snart read an article that theorized that the energy emissions of a cyclotron could slow The Flash down to human speeds, or even stop the speedster in his tracks completely. With that in mind, Snart broke into a lab and stole the necessary equipment to make the ultimate weapon against The Flash. The first test subject for the gun was an unfortunate security guard who startled Snart as he was finishing up in the lab. From that moment on Snart called himself Captain Cold, and The Flash gained a new supervillain.

As if The Flash didn’t have enough to worry about having to fight villains one on one, Cold gathered several other Central City baddies including The Trickster, Heat Wave, and Mirror Master to join up and form The Rogues. With a band of Rogues at his side, Cold felt like he was on top of the world. 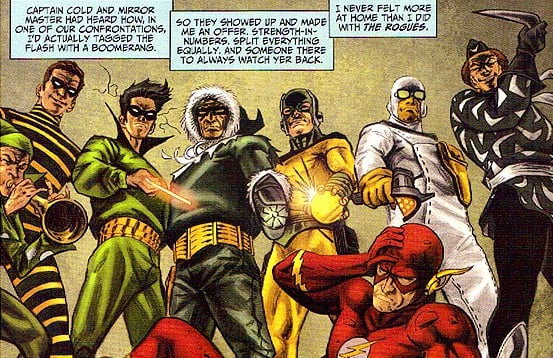 Those who threw their lot in with Cold found that he is surprisingly ethical. He has a strict Code of Honor that he binds all Rogues to upon initiation. No drugs, no senseless violence, and above all, no killing women or children. Anyone who breaks the code faces severe consequences.

Cold definitely had a weak spot for women. He once froze all of Central City in order to force Iris West to marry him. Barry was far from pleased. Later he challenged Heat Wave to a crime spree in an attempt to impress a newscaster he fell in love with.

After Barry Allen’s death, Cold bounced back and forth between crime and justice. He served time on the Suicide Squad, worked as a bounty hunter, and even helped the Justice League.

Wally West fared a little better as only a part time enemy after rescuing Cold’s soul from Neron in Underworld Unleashed. Cold later teamed up with Wally to defeat Brother Grimm, a powerful magic user, mainly because Grimm had betrayed the Rogues.

In The New 52, Snart is reborn as a younger man who has a grudge against The Flash due to an EMP blast created by Barry that drained a high-powered laser that could have cured Lisa Snart’s cancer. If there is one thing that Snart really cares about in the world, it is his sister. He’s taken a liking to the new Captain Boomerang, but isn’t overly fond of the new Trickster. 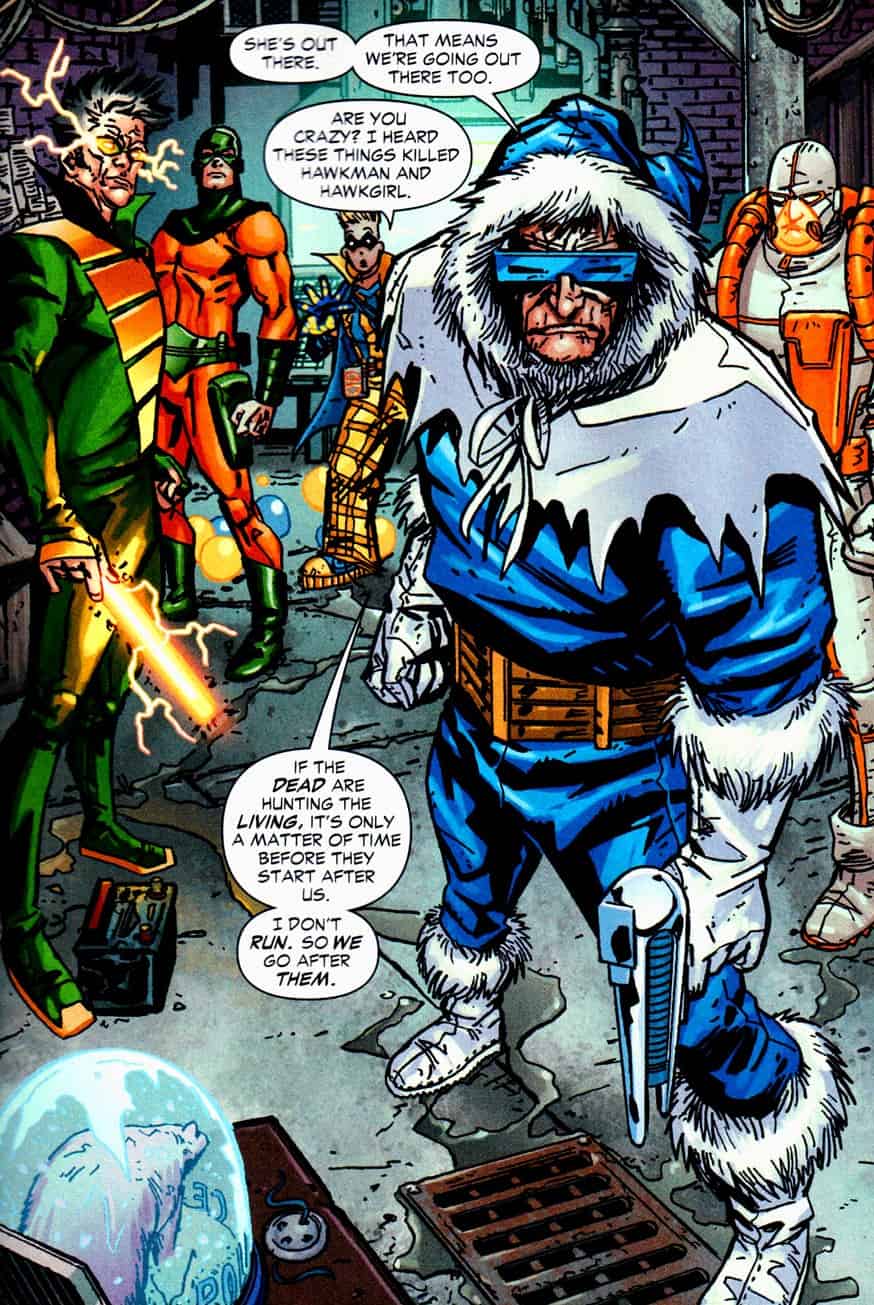 Sadly, Captain Cold, Weather Wizard, and The Top murder the fourth Flash, Bart Allen, Barry’s grandson. Inertia initially tricked the three Rogues into battling Bart, a crime they are somewhat apologetic for after they discover Bart’s relationship to Barry.

Currently, Snart is serving as head of security for Lex Luthor following the events of Forever Evil. Let’s see how long that lasts. It’s just a matter of time before Luthor double crosses Cold. 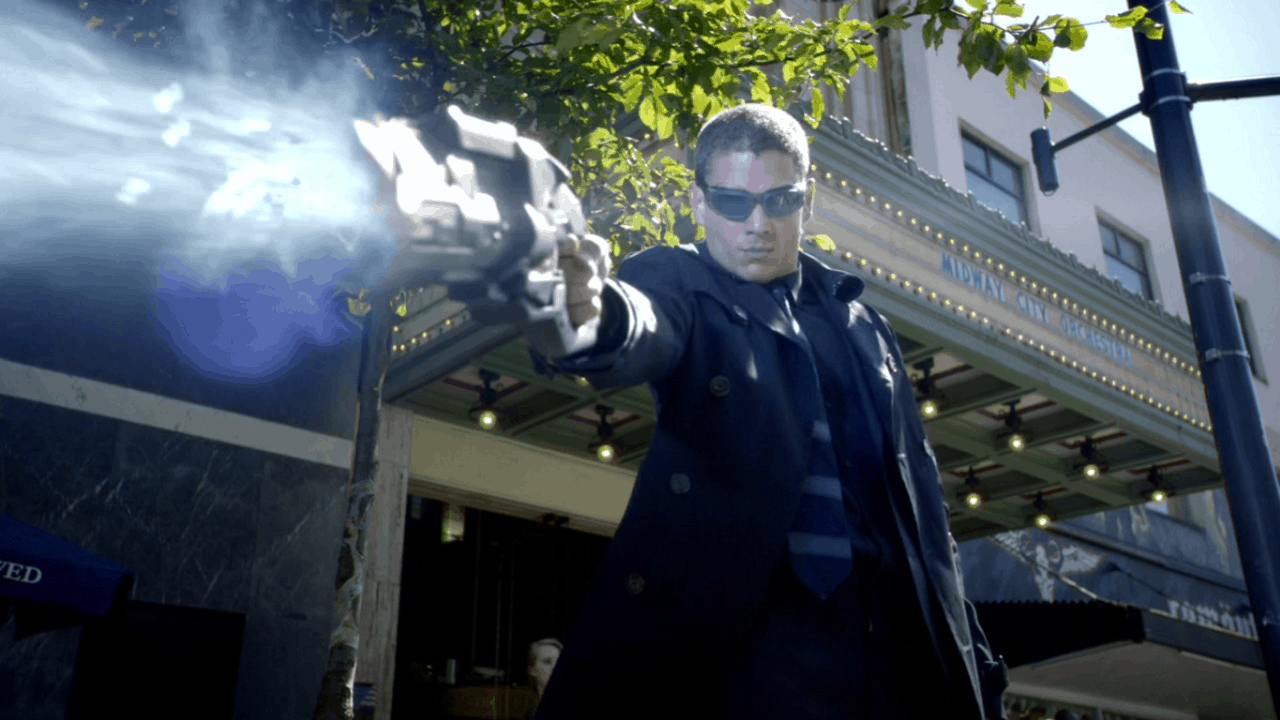 Captain Cold has made an appearance in The Flash television series on the CW as a young man who has stolen a cold gun invented by Cisco Ramon. Cold has successful discovered The Flash’s secret identity, and as such is able to commit “small” crimes without having to worry about Barry zipping him off to Iron Heights. The television universe has also brought Lisa Snart into the picture as the Golden Gilder, harkening back to her role in the pre-New 52 timeline. In the animated universe, Batman The Brave and the Bold, Justice League Unlimited, and Young Justice have all seen an older Captain Cold appear on screen.

Captain Cold is ruthless, and plays by his own rules. But that doesn’t mean he’s heartless. When push comes to shove, Cold can be a hero. Even if Cold himself hates to admit it.