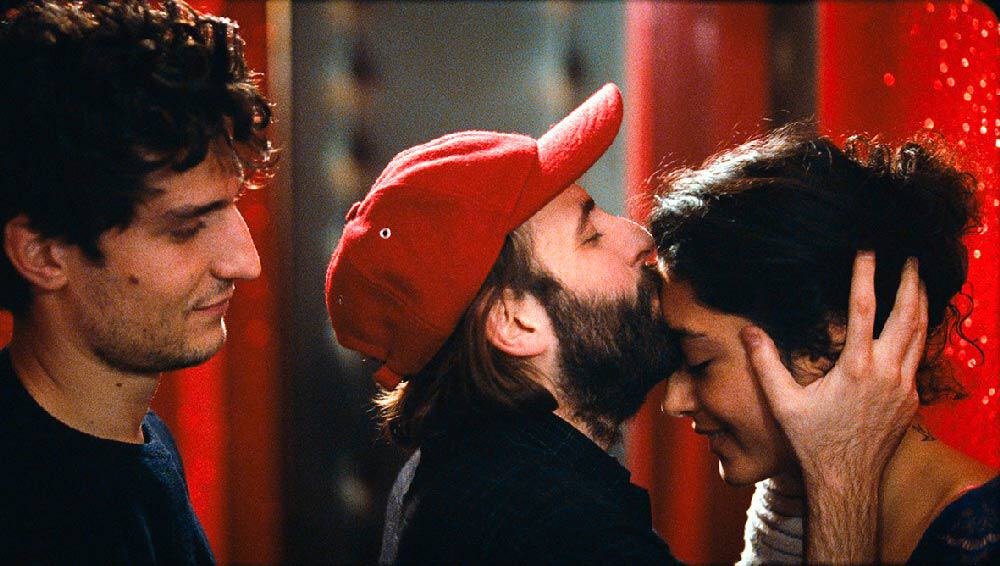 There’s a lot of hand-wringing these days over a topic du jour I’m sure you’ve come across. It’s bandied about in op-ed scribblings, and now filmmakers are waking up to it too, and at its core is the snake person role-switch between Man and Woman – men are getting in touch with their feelings more and putting more of themselves out there at a time when women are picking up the baton, and the check, and toughening up. Addressing this shift is all well and good, and perhaps a long time coming for Americans, but for those of us who’ve been watching French films alongside the stateside fare, it’s hardly worth writing home about. Unless, of course, we’re talking about Louis Garrel’s first film, which he pens with none other than Christophe Honoré. Les deux amis is definitely worthy of attention, if only because the no-holds-barred intimacy of true friendship shown here goes well beyond the box of truisms we’re usually sold as defining the bromances of our time.

Without quite rehashing the theme of his collection of shorts, La règle de trois, Garrel lets the acting trio he was a part of there live on in his first feature film, which debuted out of competition at last year’s Cannes. Only it’s just Les deux amis, the Two Friends, that take center stage in this oh-so-French romance-à-trois that makes a strong case for opening the floodgates and just feeling what feels true. Truth, incidentally, doesn’t always set you free, which is part of what Garrel’s getting at here through a script that feels nothing if not natural, unrehearsed, and emotionally raw, proving a point made before: thirty really is the new twenty.

See also  I Love You Man 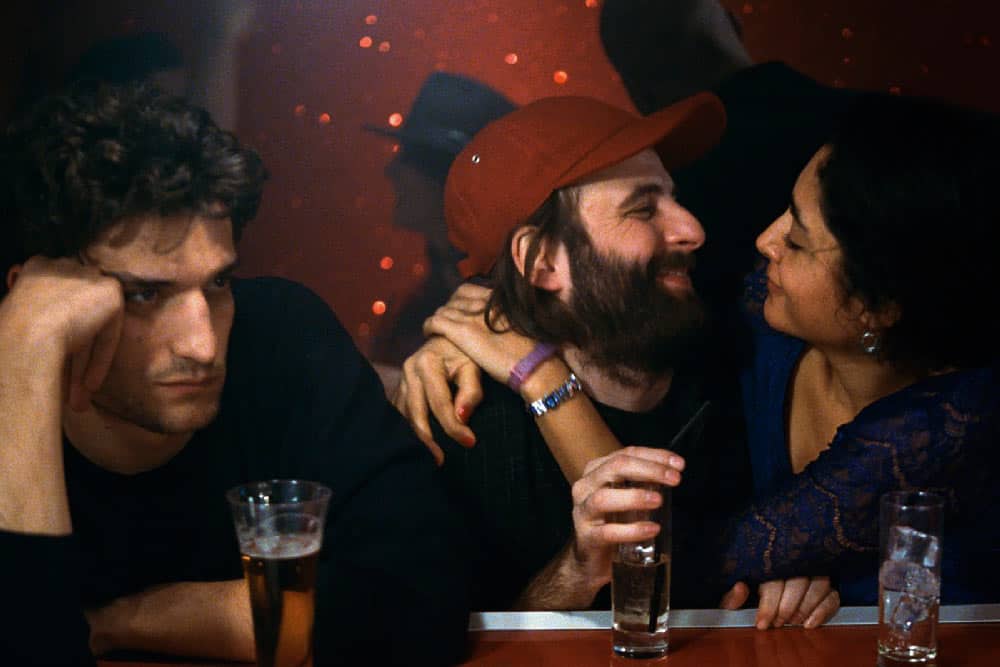 At its core, though, this is a movie about loneliness, and those few fleeting chances we get to share ours with someone else’s if we’re open to being swept up by adventures that can go either way. Abel, the lover-boy type (Garrel) and his naive best friend, the dumpy Clément (Vincent Macaigne), are jolted into this whirlwind by Mona (Golshifteh Farahani), coffee shop attendant by day, and, secretly, prison inmate by night. Head over heels in love with her after a couple of booze-drenched rendezvous where her thirst for freedom could have misled any man in his shoes, Clément, a rather doe-eyed thirty-something, is shattered by her sudden refusal to see him again. He enlists Abel’s help, whose boyish antics ride roughshod over Mona’s carefully plotted day-to-day, and things spiral from there.

But while the film risks veering into trite territory at times, it’s never boring; with Farahani on screen more often than not, and lightness and shadow impersonated and mirrored by cinematographer Claire Mathon’s smooth light play, it’s impossible to look away. Luckily, Garrel goes beneath the Parisian hot air to scratch at more universal themes, punctuated by little explosive pockets of music that take on a life of their own, almost like music videos unto themselves. Songs like Antony & The Johnsons’ “I Fell in Love with a Dead Boy,” Jabberwocky’s “Fog” or King Krule’s “Easy Easy,” interspersed as they are with long stretches of unscored dialogue, may quicken the pulse, if you’re not the type to listen too hard to the (on-the-nose) lyrics. 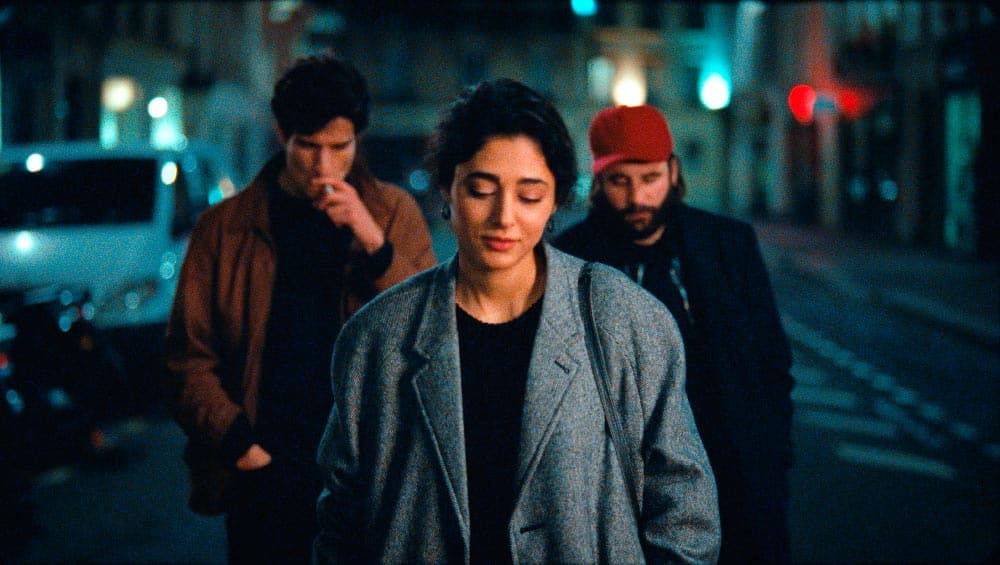 To be sure, Garrel indulges in some cinematic hamminess at times, but less so than most first-timers, a feat that might well stem from his prolific acting career and the many greats he’s gotten his cues from along the way. And, once the exposition (sadly too choppy to paint anything close to a clear picture) is out of the way, he finds his rhythm, not least of all through letting his characters steer the story. His own on-screen persona is a main driving force, at times playing up his comic side, at other, more poignant, times delving deep for sentiment. All of this seems to flow directly from his self-appointed role, big brother to Clément, an unconditional love that we feel he needs, to balance out his nonchalant roguishness elsewhere. (And keep an eye out for the kicker, when a trip down the what-ifs of the gender spectrum leaves Abel more in touch with his own depths than ever before.)

The quid pro quo of this bromance? It’s made clear from the start that Macaigne’s painfully helpless Clément is in terrible need of guidance. Then again, just when his unworldliness is in danger of becoming histrionic, the actor artfully adds a layer of depth to him, through his keen insight into Abel. Mona, on the other hand, is a closed book, even after the two friends find out about her incarceration. Hers is the age-old mystery, issuing from the uninhibited embrace of womanhood that the lucky few of my sex are born with, and Farahani has it in spades. On paper, she might be pegged as an excuse employed by Garrel to flesh out the bromance, but she simply steals every scene she’s in nonetheless. If she’s a “tool,” she’s a crucial, elusive one, and the two men work on their relationship around her comings and goings. At the end of the day, Mona is searing as she nimbly juggles intense, many-layered bouts of sadness, fiery glares and wide, uncannily childlike smiles.

It’s perhaps this mix of hard tackles with reality, and purposefully amnesic play-time that gives Les Deux Amis its charm, a solid step towards Garrel earning his director’s stripes. Add to that the social underpinnings – the way Abel and Clément’s codependence speaks to the zeitgeist – and you get a debut feature that will be worth revisiting in ten years’ time.