Romantic movies are meant to get your heart racing. These films allow your mind to escape, to fantasize about the passionate love that is waiting for you somewhere out there. Or maybe that’s just me.

Even if you are not a fan of romances, there is no denying that these are among the most emotion-focused films out there. The characters in these movies are often well-written with flaws, and the passion on screen is exciting to watch. There is a reason why people love these films: they are fantastical escapes.

There are plenty of romance movies to enjoy. Perhaps one of these subgenres will be right up your alley if you are looking for something new to watch. 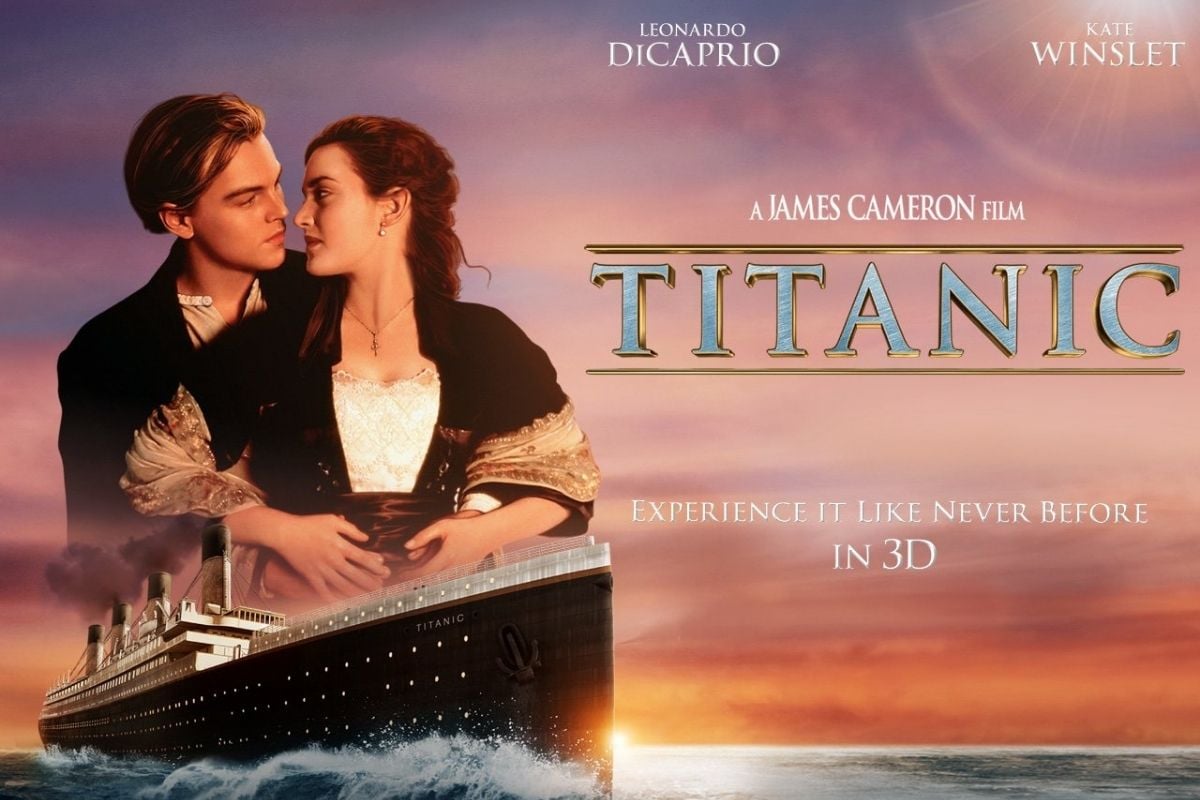 Some of the earliest romance films were romantic dramas. Think back to the earliest Hollywood stars and starlets. Rudolph Valentino, Greta Garbo, and Jean Harlow all portrayed romantic interests in movies before the 1940s.

Even these early romances had complex stories, and some were told before the ability to use sound and color. This is a testament to the ability of old stars to convey strong emotions.

In romantic dramas, a couple usually falls in love only to find that there is something standing in the way. Perhaps the couple cannot be together because one or both are already married or couple up. A natural disaster could strike, leaving one unable to get to the other.

Maybe there is an ongoing war or a social issue that keeps them apart. This obstacle may be enhanced by the atmosphere or tone of the film, including somber music and darker visuals. Many romantic dramas have happy endings, but this is not a guarantee. The themes in these movies are often dark and complex, making them one of the more popular types of romantic films.

One of the most famous romantic dramas is Titanic, a film in which a couple falls in love while aboard an ill-fated ship. The woman is engaged to another man and is in a higher social class. The man is of a lower socioeconomic status, which means their romance is forbidden.

They pursue their feelings anyway, and it all comes to a head when the ship hits an iceberg and begins to sink. In this film, the emotions are heightened by the stressful situation at hand. Many of these movies are total tear-jerkers, which means you will want to keep the tissues handy while you watch.

You may already notice that there is some overlap in the genres of romantic films. A film can be a romantic drama but also have elements of supernatural horror, action, and more. Some movies hit several marks to appeal to a larger number of viewers. 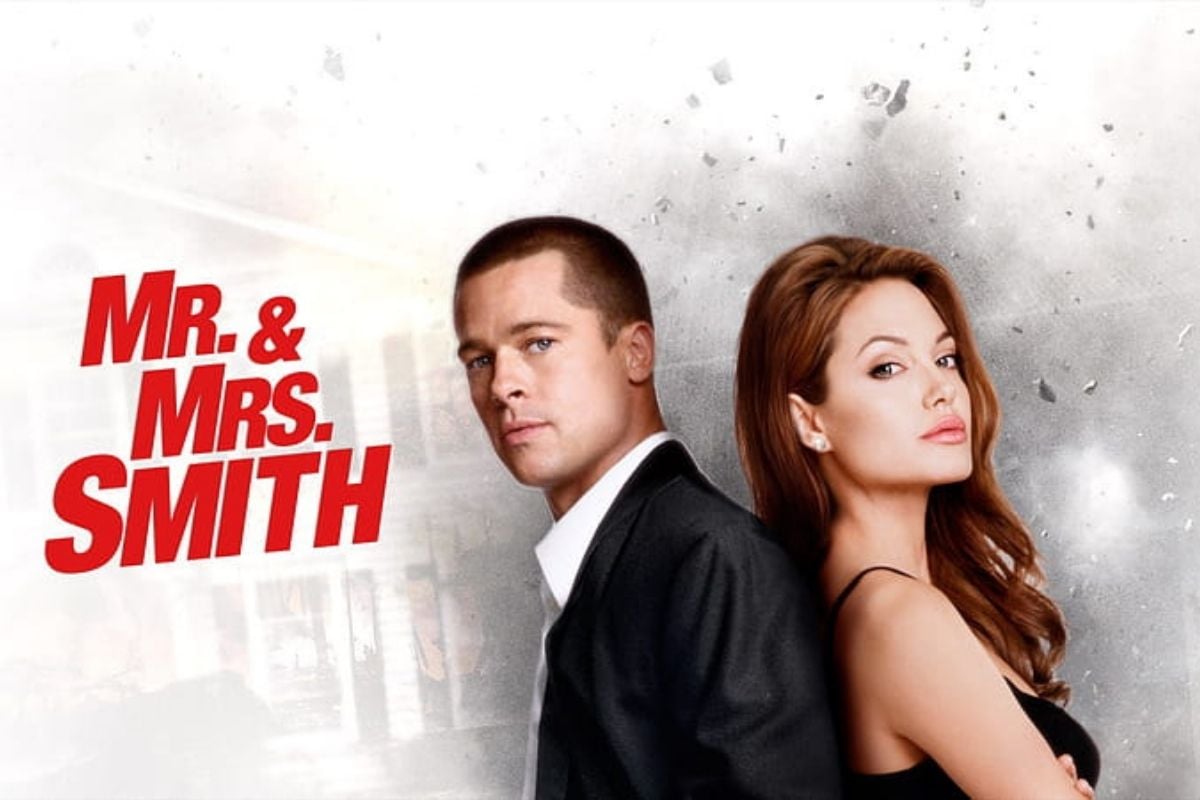 Action and romance blend together to create this genre-bending film style. There might be a dashing hero trying to save a damsel in distress, or perhaps both romantic heroes are spies, bounty hunters, or criminals. One might be on the run, the other trying to catch him or her.

See also  'Batwoman' #39: hanging up the cowl with grace

These films are always true to the roots of romance, but they focus on the adventurous thematic elements to create a passionate and alluring love story with heightened tension. The highest-grossing action romances include Avatar, which grossed over $760,500,000.

Mr. & Mrs. Smith is one example of an action romance film. This is the kind of movie that features weapons and seemingly impossible stunts, as well as an unstoppable couple trying to solve problems and save themselves (and ultimately, their love).

These movies may have a cheesy love story, but they always offer special effects and a daring adventure. Did you know that many action romance films are animated? This means that your favorite action-packed anime with a romantic subplot could technically fall under this category as well. 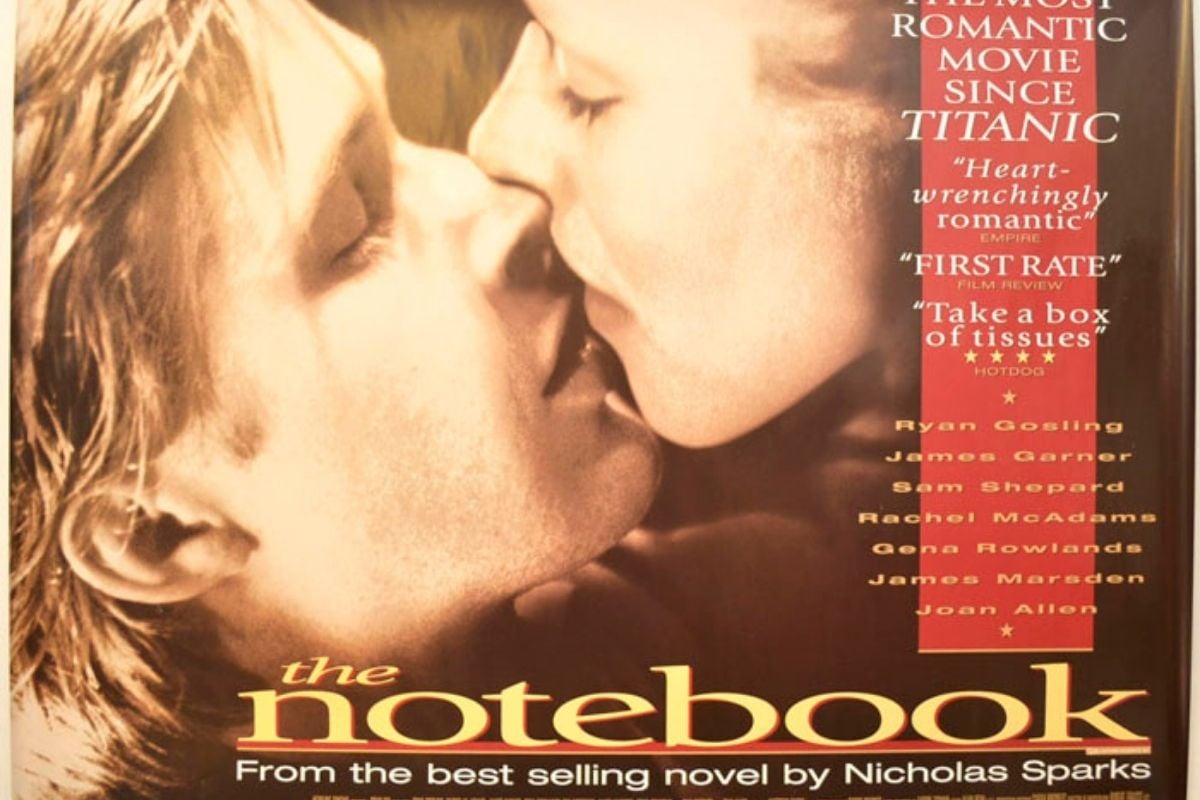 Chick flick films are often romances, and they get their pejorative name from being catered to an audience of women. The first movies to be labeled chick flicks included Steel Magnolias, Thelma & Louise, and Fried Green Tomatoes, but there is an argument to be made that Breakfast at Tiffany’s may be considered the first chick flick.

It was in the 1990s that many romance films were given this label because they were marketed toward women and tried to play on the emotions and desires of women and girls. Today, many filmmakers have attempted to “take back” the concept of chick flicks by creating great films that cater to the story elements women want to see on screen.

You are also going to notice that chick flicks are often about a female protagonist first and foremost, with a romantic subplot sometimes tucked in as a secondary element. For example, Legally Blonde is most prominently about a woman overcoming stereotypes to get her law degree and win back a man, but her romantic storyline is secondary.

One of the most popular chick flick romances is The Notebook. The film features a couple that audiences want to root for, and filmmakers heighten the tension with separation, forbidden romance, and charged emotions. These romances are often tear-jerkers, but they also focus on complex themes, like lost love and coming of age as a young woman. 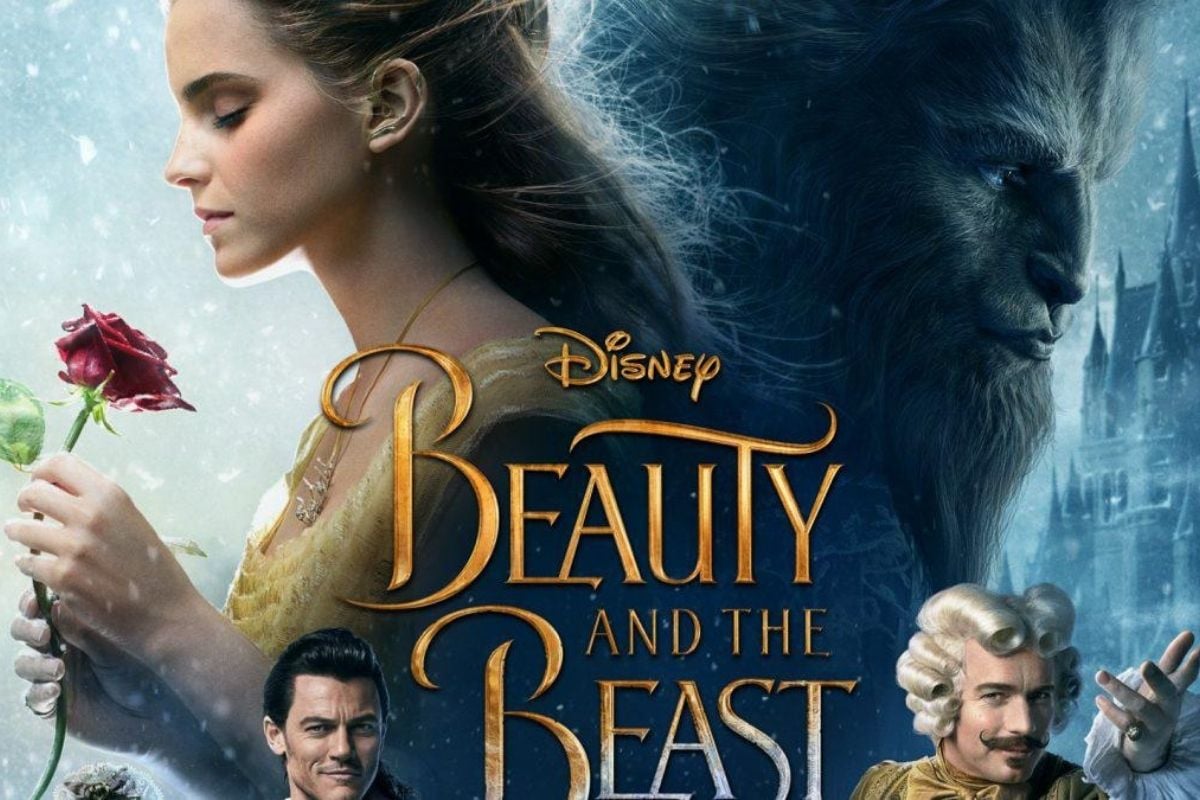 Fantasy romance films often delve into the chivalric, otherworldly elements of storytelling. While many fantasy romance movies are animated, they do not have to be. In fact, some fantasy romances are simply set in a historical or magical world, perhaps with some supernatural element.

Beauty and the Beast is one of the most well-known fantasy romances. This film has supernatural elements as well as a fantasy world in which people can be bewitched as objects. Additionally, this film raises the stakes by creating a village of misunderstanding people who push forward a human conflict in addition to the fantastical conflict. Fantasy romances can raise the stakes because the viewer is aware that anything could happen to separate the lovers. 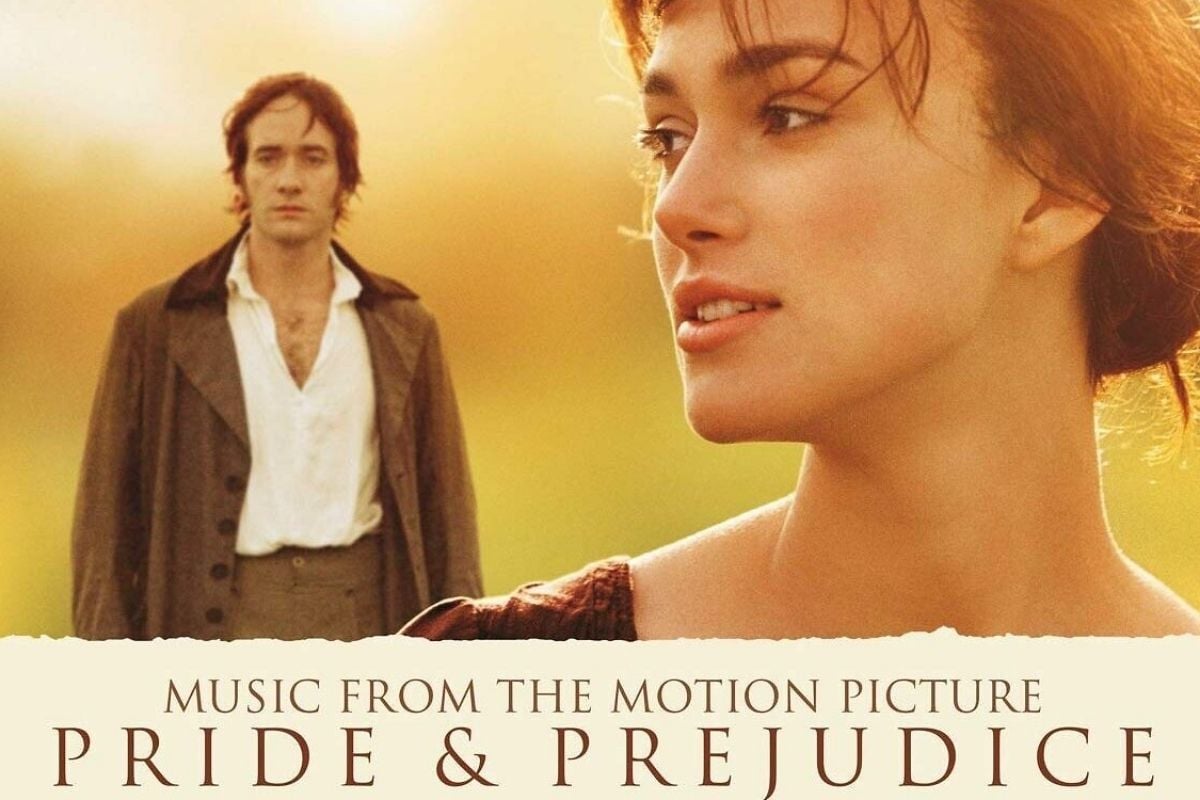 What was once considered contemporary will become historical, which means this genre is constantly evolving. Often, historical romances are also fantasy films, and they can also be based on popular books. If you are a sucker for period pieces like Pride & Prejudice, Sense and Sensibility, Jane Eyre, or Emma, you’ve probably already discovered this.

Gone With the Wind is one of the most famous historical romance films. This movie follows the love of the couple through the Civil War. The characters are not always easy to like, and the setting is unique, which offers a backdrop that many other films do not. 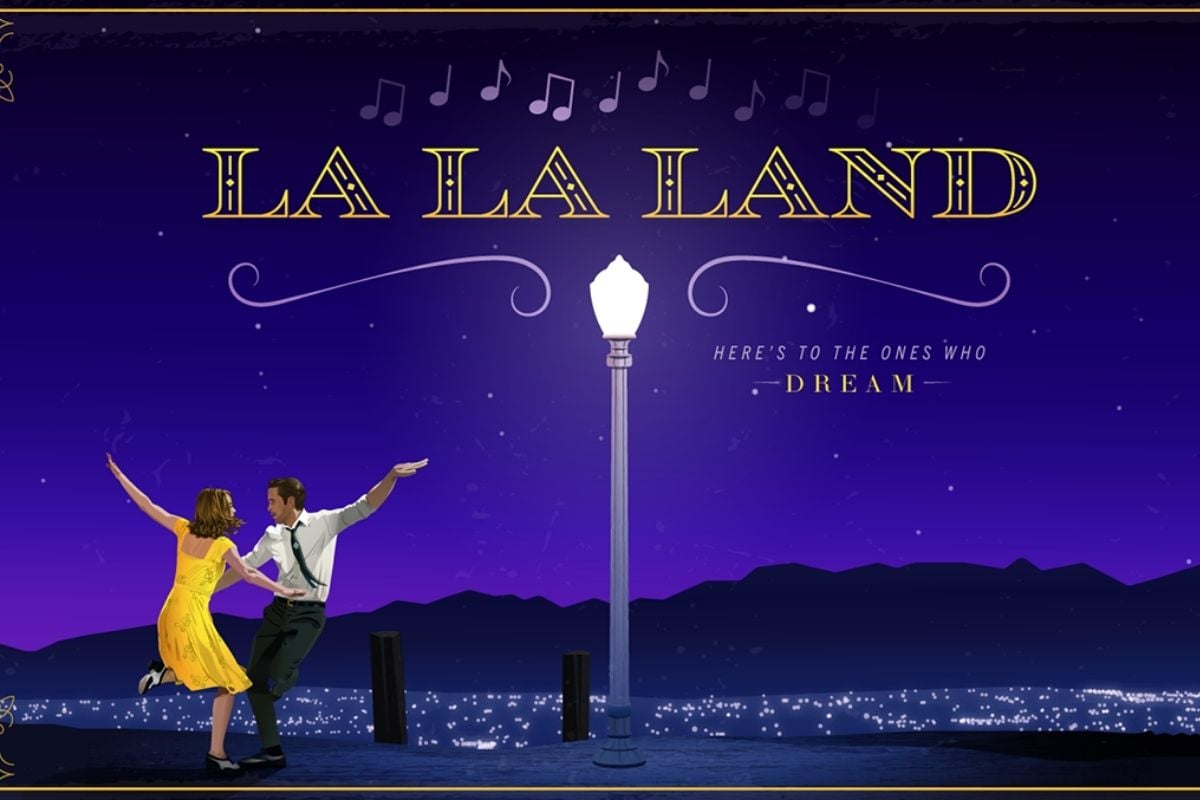 While musical romances are no longer as common as they used to be, they are still one of the classic romance genres. These romance films use music and dance numbers to move the story forward, often showing the couple as they meet and embark on a story together.

See also  The Flash, Ep. 1.03, "Things You Can't Outrun" puts the spotlight on the supporting cast

At some point, the couple faces a conflict, which may culminate in a passionate song and dance number. Even though they include music, musical romances do not always have a happy ending. In fact, some of the endings can be downright tear-jerking.

Grease is a popular romantic musical. The songs lead the viewer from the beginning of the relationship between Danny and Sandy through its development. Singers range from enthusiastically in love to heartbroken throughout the film, creating a compelling narrative.

The key is that the music in these films expresses the view of one or more characters experiencing intense emotions. The most profitable musical romances include 2017’s Beauty and the Beast, 2010’s Tangled, and 2016’s La La Land. Even though many people consider musical romances to be a classic subgenre, it is clear that they are still quite popular films. 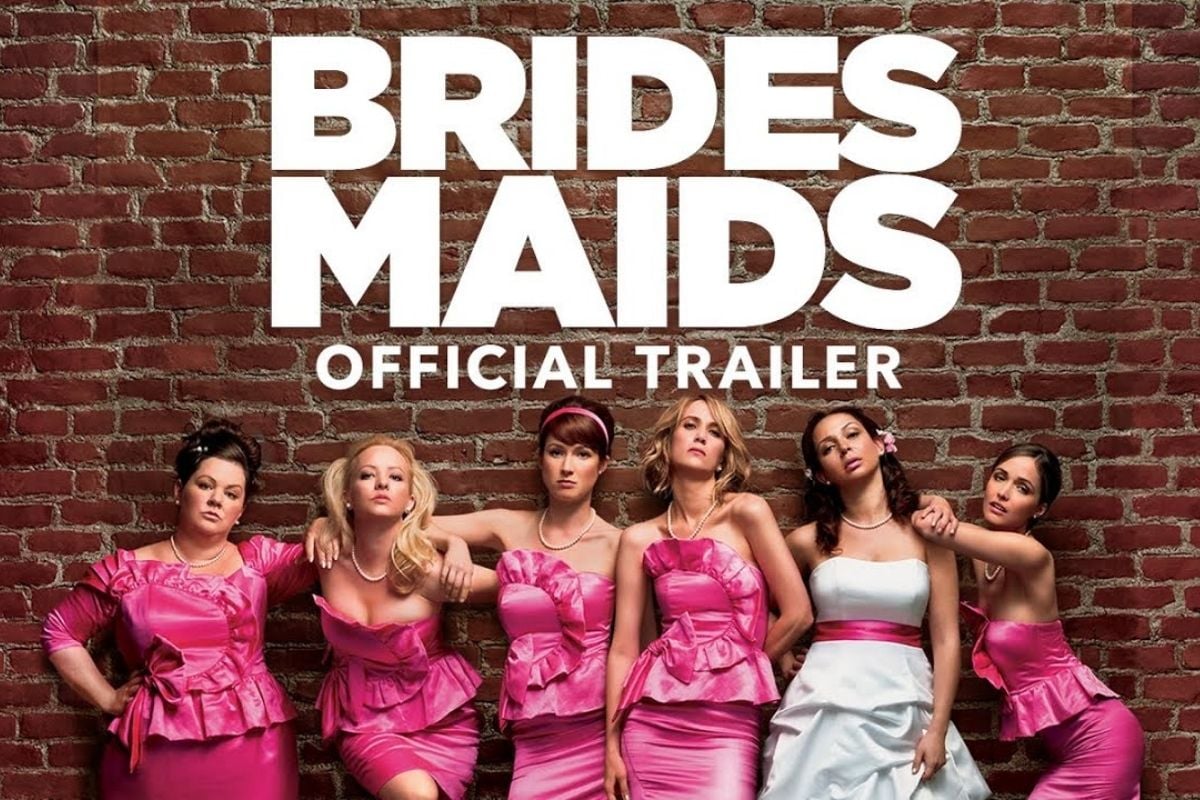 If you are watching a movie with lots of laughs and a solid love story, you might be watching a romantic comedy. These “rom-com” films offer lighthearted plotlines and situational jokes. While the characters might hit some low points or express sadness, these films usually have a happy ending.

The couples often find love and walk into the sunset together. The characters might start out disliking each other, but they ultimately fall in love. Or, they might get caught up in a meet-cute situation and find out that they simply cannot be with anyone else. Chances are that the characters are going to learn a lesson along the way.

Bridesmaids is a popular romantic comedy. The character begins the film at a bad place in her life, and the viewer watches her grow and build healthier relationships.

Films like these show characters in complex emotional situations at times, but the viewer is generally encouraged to laugh throughout the movie. Different types of humor come into play with movies like this. While some romantic comedies will rely on immature or crude humor, other romantic comedies may rely on high-brow jokes.

Romantic comedies are wildly successful, attracting audiences of all ages. The most successful romantic comedies at the box office include My Big Fat Greek Wedding ($241.4 million), What Women Want ($182.8 million), Hitch ($179.4 million), and Pretty Woman ($178.4 million). Domestic sales of tickets to these films show what Americans want: a fun romp and a relationship that feels real. 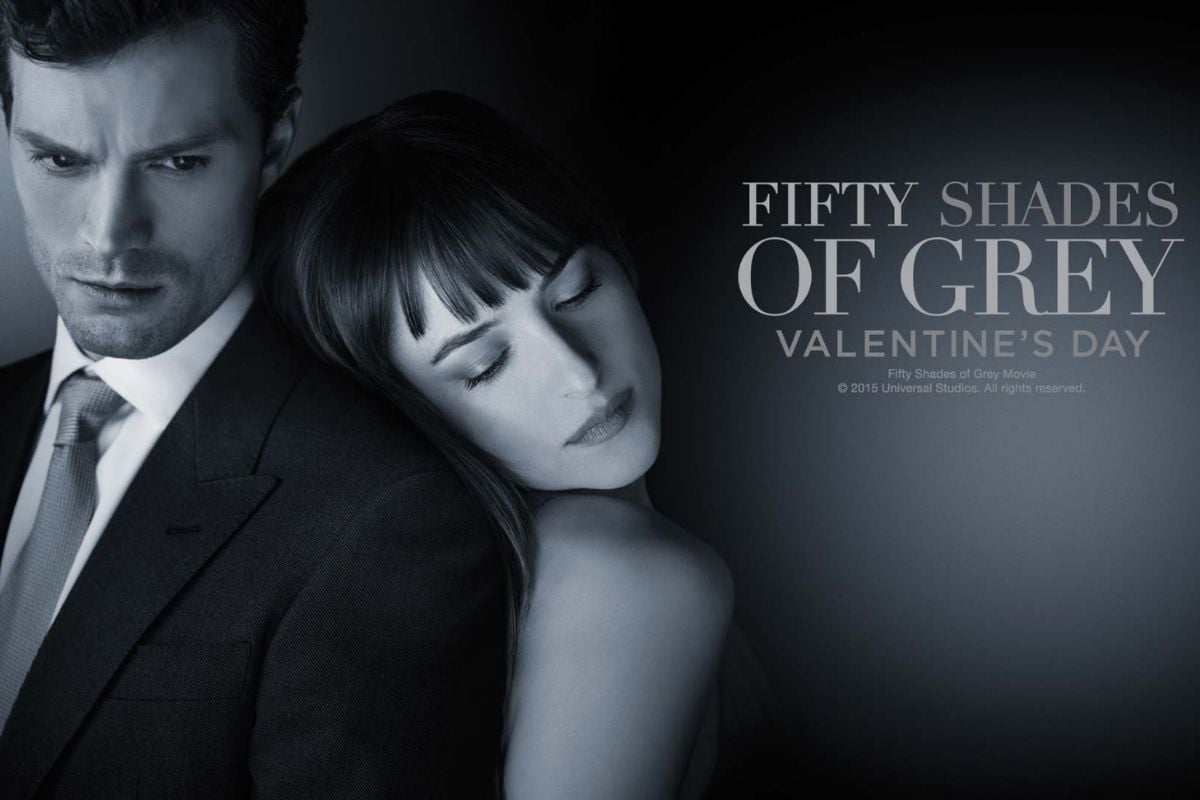 Romantic thrillers have all the traditional components of a romance except that the suspense is heightened. These movies aim to give the viewer a bit of anxiety so that they worry about what is going to happen. There is often a mystery to be solved, perhaps a detective on the case.

In fact, romantic thrillers may often lean into the gothic or noir elements of romantic storytelling. These movies have a little bit of everything: adventure, mystery, and horror. According to IMDB, the top romance thrillers include Fifty Shades of Grey, Fifty Shades Freed, The Lobster, Unfaithful, and Passengers.

Many thrilling romances are also noir romance films. If you’ve ever seen old detective films like The Maltese Falcon or Double Indemnity, you have probably seen a romantic thriller.

In the case of these thrillers, there is a romance with one party who is deceiving the other. In movies like these, the power in the romantic relationship is always up for grabs. Vertigo is one of the most prominent romantic thrillers.

These stories rely on suspense tropes but still feature a convincing romance. The characters are compelling, and the idea of solving a mystery or protecting oneself is often the primary goal. Romance may appear as a side story or the second component of the plot as the characters are engaged in titillating or frightening experiences. 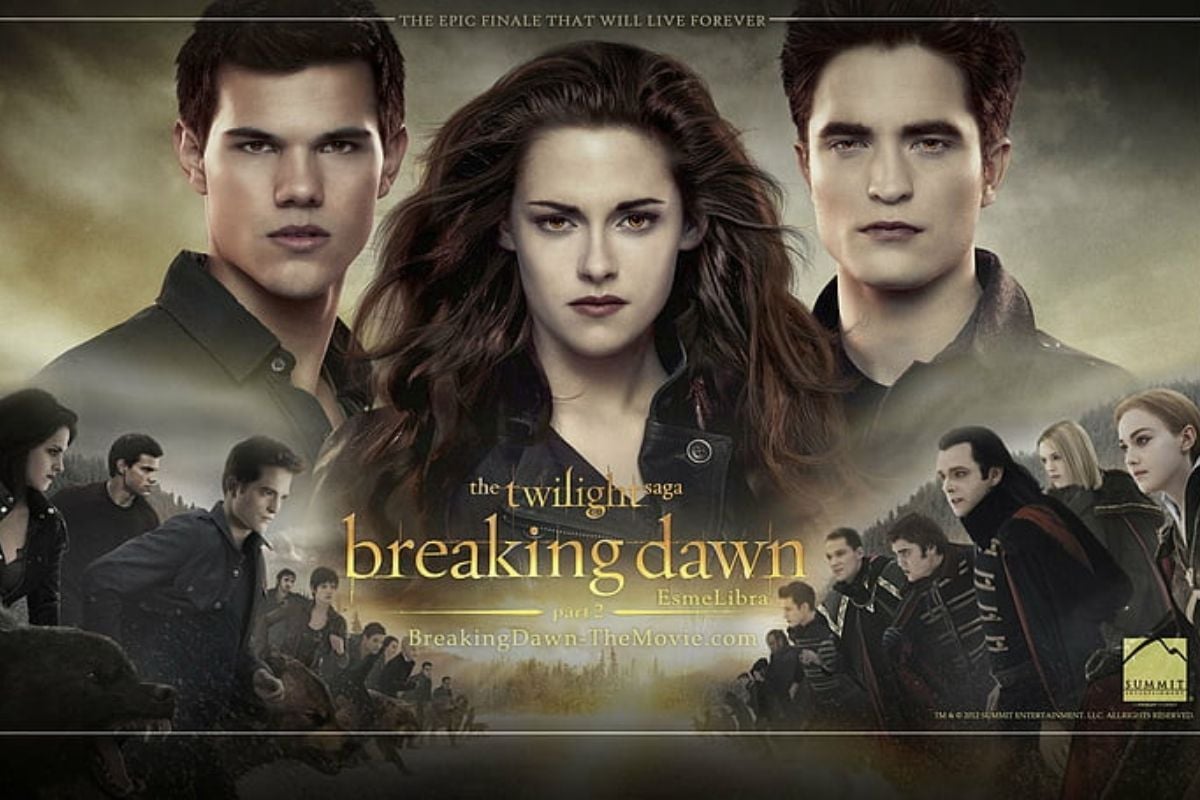 When you think about paranormal romance, you can count on the movie including some sort of otherworldly or supernatural component: vampires, witches, time travels, psychics, ghosts, and monsters.

These creatures might be caught in a love triangle, or perhaps they are trying to figure out how to exist in their new world. Regardless of the worldbuilding or the types of creatures involved, one thing is true: these stories include a passionate plotline about finding love.

Practical Magic is another popular paranormal romance that involves witches. Even in movies where magic or supernatural abilities are in the background, these movies can stand out for their magical realism.

The Time Traveler’s Wife is another example of a paranormal romance film. While it may not have ghosts, werewolves, vampires, or other spooky creatures, time travel is a paranormal ability that helps create a mystical atmosphere. The characters have the same obstacles as other couples, but they also have the added struggle of a supernatural ability or skill. This creates more room for tragedy, adding tension to the story. In this way, you will find a lot of crossover between paranormal romance and romantic thrillers.