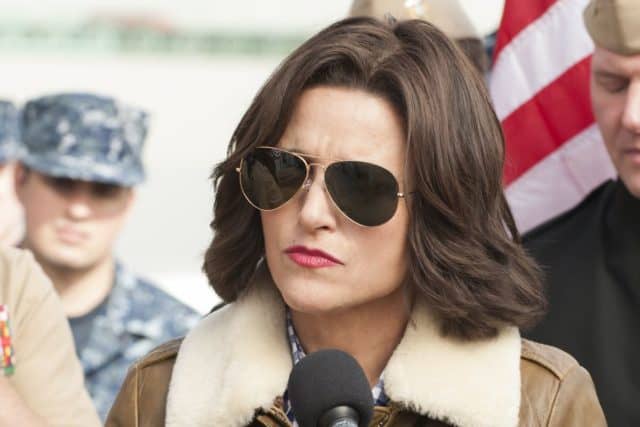 I recently wrote about Veep’s lead-in on HBO, Silicon Valley, and how that show is best and funniest when the characters are dealing with a crisis. Veep operates similarly, but for different reasons; whenever Selina and her associates are confronted with a major problem, she results to unethical and immoral behavior to save her butt. As a portrait of Washington incompetence and immorality, Veep is most successful when it allows Selena to be a garbage person. “Thanksgiving” is less successful than the fantastic run of episodes so far this season because it doesn’t have any major crisis to showcase Selena’s depravity.

It’s Thanksgiving time and that means the annual pardoning of two turkeys (Catherine named them Drumstick and Cranberry). After the ceremony, Selena decides to have some cosmetic surgery to shrink the bags under her eyes. It should be a slow weekend so she’ll have time to heal out of the public eye. Except that it’s not slow at all because of a salmonella outbreak among turkeys that freaks out the nation. Selena needs surrogates to calm down the nation while she’s recovering from her eye surgery. Tom James gets picked to go on TV to calm people down. Dan’s tasked with assisting Tom and he notices that Tom keeps getting calls from his old lobbyist boss, Sidney Purcell. Tom also happens to be recommending turkey alternatives like Salmon, products that Sidney pushes. Perhaps Tom has been bought. Vice-President Doyle also gets picked to run press conferences on the outbreak. Selena expected him to do a passable job, but she’s threatened when he ends up winning the room.

See also  The Walking Dead, Ep. 4.13 "Alone" circles around and around 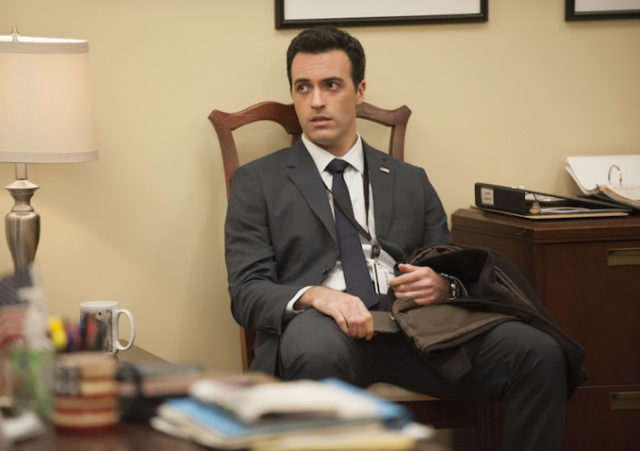 While the salmonella outbreak is being addressed, Selena has to make calls to congress people to butter them up in hopes that they’ll vote for her to win the election. While working on them, the oldest member of Congress dies. Selena is expected to make some kind of public condolences, which won’t work while her eyes are all bruised, but it turns out he congressman was going to be voting for her opponent. His death means she can try to get a new candidate in New Hampshire who would be more sympathetic. They find someone easily enough; the only problem is that it’s Jonah.

“Thanksgiving” had a salmonella outbreak that was labelled as a crisis, but it didn’t have any real heft to it. The stakes were low, and therefore there wasn’t any motivation for Selena to be terrible or bend the standard rules of decorum. Her troubles with the election were largely sidelined, aside from her occasional calls to representatives. Some of the side stories, like how Dan started to turn into Tom James own version of Gary, or how Mike decided to have sex with his wife in the turkey suite, ended up feeling slight. There are still great lines (and great insults), but there just wasn’t enough tension to inspire the worst in Selena. I have a feeling the show will return to Selena’s election woes after this episode, a move that’s sure to play to her strengths.