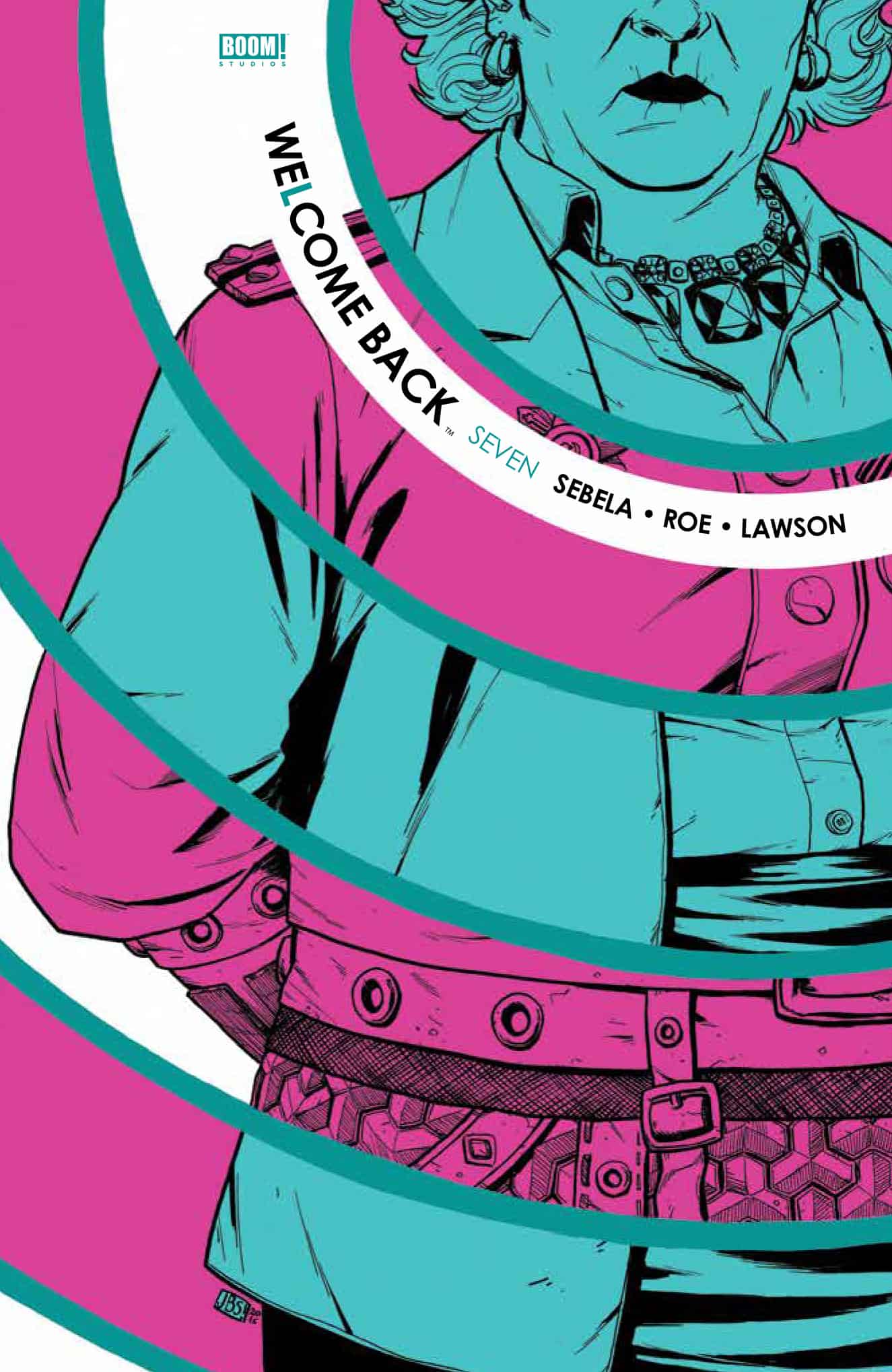 Man, however awkward it was for you to meet your significant other’s parents, surely it won’t beat out Mali meeting Tessa’s.

The issue opens where the previous one left off with the Sequels descending on Tessa, Mali, Lorena and Showtime, who amusingly tries to catch a stick Mali is swinging around. Instead of fighting the Sequels, the four end up making a run for it, escaping on a private jet found through Tessa’s contacts to her home of South Africa. Of course, she doesn’t tell anyone this detail until they get there.

This particular issue is less focused on action, but it doesn’t mean there isn’t a war going on. Instead of Sequels against Sequels, it’s a more personal, emotional war between Mali and Tessa’s mother Jana. Along with being Tessa’s trainer, Jana is also the wife of a former president of South Africa, making Tessa powerful in more ways than one. Naturally, the parents aren’t too fond of Mali. For her father, it’s because of the gay thing. For Jana, it’s because neither Mali or Tessa did their job. There is a little bit of violence between Jana and Mali, but their war is more of that of words. The sad hopefulness of Mali versus the vicious realism of Jana. It adds another layer of emotion to this already heartbreaking and strangely hopeful series.

Hope is really what keeps this issue rolling along, even in the quiet moments Mali and Tessa share in bed that are beautifully illustrated by Roe. You want these two to so desperately get what they want and be able to break the cycle they’ve been trapped in since the beginning of time, but it’s so uncertain if they can. Especially without any losses to their own.
The unfortunately penultimate issue of Welcome Back doesn’t focus on getting to an explosive battle, but rather shifts to a personal battle with a hope for the future. Sebela and Roe do such a great job of showing that conflict and those quiet moments, showing why Welcome Back will be sorely missed when it ends next month.

See also  No, Philip Seymour Hoffman will not be CGI in 'The Hunger Games'