Horses have starred in movies since the movie’s beginnings. One of the first recorded movies of a horse was a series of photographs displayed on a spinning zoopraxiscope that gave an illusion that the horse and rider galloped across the screen.

Since then, horses have made regular appearances in multiple movies.

Related to: Where Do Movies Get their Props?

Where do the Movies Get the Horses? 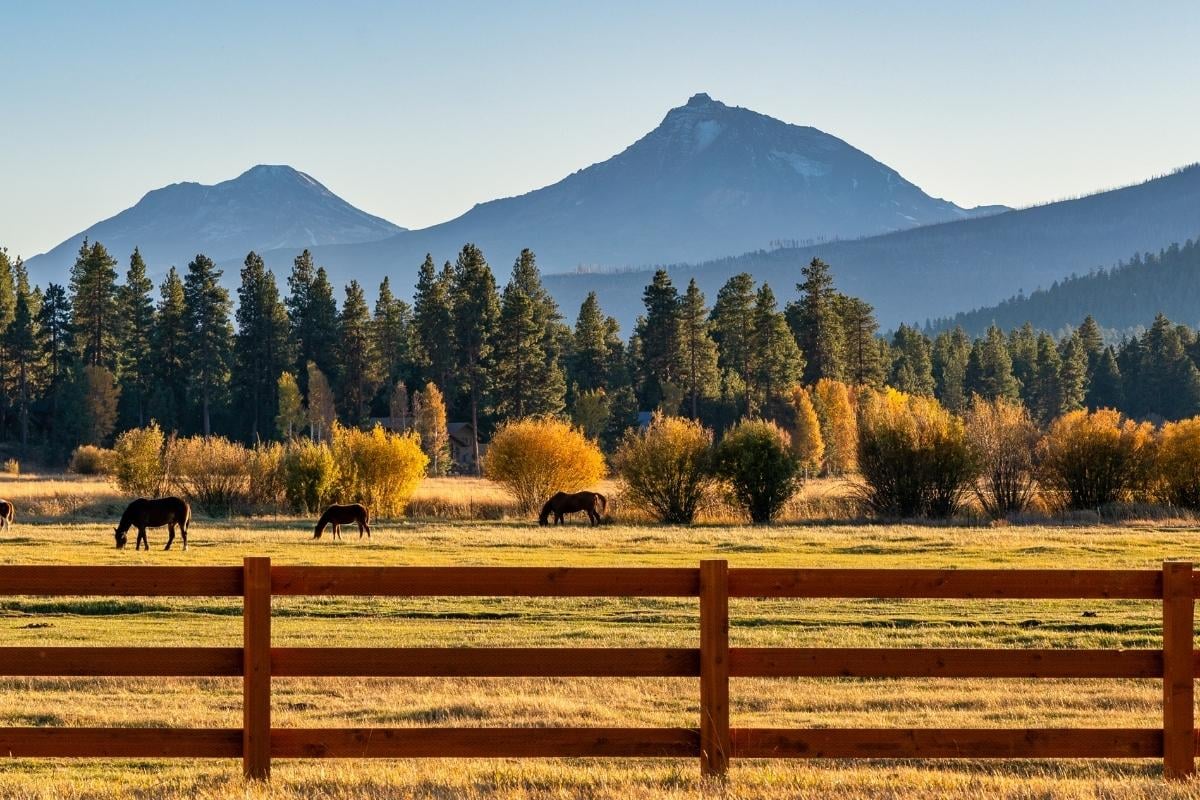 Several businesses provide horses for movie sets. The big one is Jack Lilley. He is the owner of Movin On Livestock, a company that has been in business for over four generations and has trained many famous horses.

They have horses on their farm in New Mexico, but they also supply wagons, carriages, buggies, and stagecoaches. Need a jail wagon or a horse-drawn hearse for your movie? They provide it, and the horse or mule is trained to pull the wagon.

Many movies are filmed on Jack Lilly’s ranch in New Mexico, including the movie 12 Strong, produced in 2018, which tells the true story of the horse soldiers in Afghanistan.

Another business that provides horses is Steve Dents Stunts, a horse trainer whose horses reside on Lime Farm in Buckinghamshire. Steve and his daughter have trained many famous horses.

Their horses starred in multiple movies; War Horses, Cinderella, and Marvel’s Galaxy of the Guardians, to name a few. They also supplied carriages needed along with tack, and the horses trained for the movie set.

According to Samantha Dents, Steve’s daughter, they get carriage horses from Hungary. Before the horses were in movie life, they worked on logging sites. Acting or stunt horses come from Madrid, Seville, or Ireland, where they can find clever and easy horses to train.

Danby Film Horses is another horse provider for movies, with the ranch located in Mansfield, Georgia. They can provide the horse with the set needs, including a stunt rider.

They lay fame in films such as Sleepy Hollow, Untamed Legacy, The Patriot, and the Dynasty television series.

The owner, Ed Danby, has starred as the rider in many movies, dressed in civil war costumes or whatever the film needs. He even trains actors to ride for their parts with horses in the movie.

How are Horses Treated in the Movies?

In the early days of film-making, horses were thought of as dispensable and were just made for people to use how they wanted. Horses often died in sets or were severely injured and had to be euthanized.

In 1877, the American Humane Association (AHA) was founded to protect animals both on the location and off. It wasn’t until the 1960’s that things truly changed for the horse, and the stuntman made it safer for both of them.

The AHA monitors a movie, and you will see in the rolling credits that “no animals were harmed in making the film.” Further advancements in computer technology have made it even safer for the horse and rider.

The Lord of the Rings had some fantastic computer-generated scenes keeping the horse safe. The AHA has further encouraged directors to use computers or mechanical horses to create problematic scenes.

Skilled trainers work with the horses to teach them complicated skills—for example, a horse falling in a movie. Initially, horses were tripped by wires or knocked over, causing severe injuries or death to the animal.

Today’s horses are first trained to lie down, and the skill is slowly advanced until the horse falls. The ground is softened so that when the horse falls, it is not injured.

So, now on sets, Hollywood horses are often the best-treated actors on the location. When they are done acting, many live out a comfortable ranch retirement.

How are Horses Trained for the Movies? 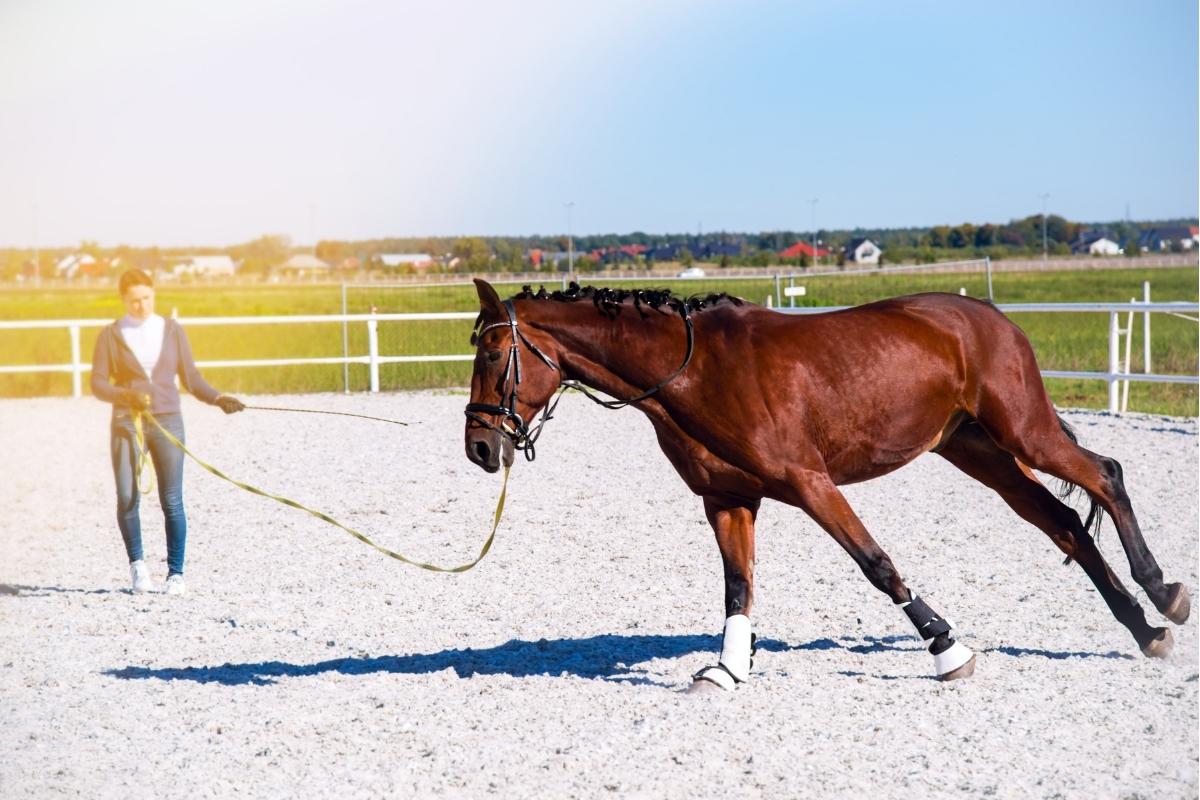 Not every horse is destined to be a star, but once they find a horse that seems to fit in the scenes of Hollywood, a lot of work will go into the training. They have to be calm amidst gunfire, be able to fall over as if dead, and do many other complicated roles for a movie.

The horse has to handle it efficiently and without fear, no matter what happens.

Bobby Love is a trainer who lives in Northern LA and has a small ranch – his job is to train the horses for their specific roles in the movie, and it is not an easy job. Love grew up around horses and initially moved to LA from South Africa.

His parents owned one of the biggest riding and jumping stables, where his ability to train horses started. This particular trainer has had some famous horses that he trained for movies. According to Hollywood, he is a rare commodity.

Don Reynolds was a child actor who turned to horse training for Hollywood. Even as a child, he was an excellent trick rider and grew up around horses. His father was a famous horse trainer and stunt rider.

Don was the trainer for the horses in the Lord of the Rings, the famous Shadowfax. He also owns a horse ranch where many of the horses he uses for movies live.

Trigger was one of the earlier horse roles. Roy Rogers, riding his famous horse Trigger, won the hearts of many western movie fans. Though called Trigger in the movie, the original Trigger was named Golden Cloud. 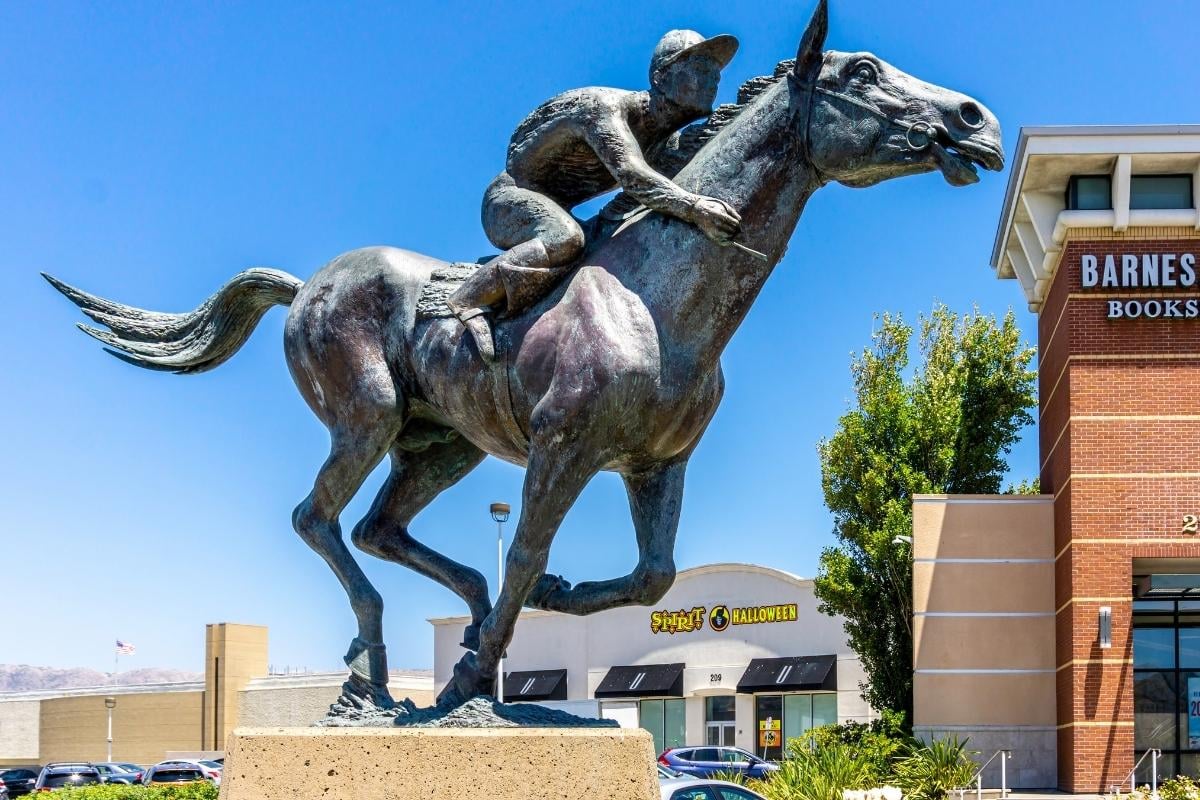 Seabiscuit was an underdog that rose to the top during the Great Depression, giving people hope. The famous race where Seabiscuit won against the previous Triple Crown horse – War Admiral, by four lengths.

This scene is featured in the 2003 movie Seabiscuit. Popcorn Deelities is one of the forty famous thoroughbreds that played Seabiscuit.

Popcorn Deelites continued to run races after starring in Seabiscuit. He was bought by the owner of a horse rescue and retirement center founded by Michael Blowen in Kentucky and died when he was twenty-four years old.

The horse Secretariat was the star in the Disney film, Secretariat. He was a Triple Crown winner in 1973, and he won by thirty-one lengths. He was the first horse in twenty-five years to win the triple crown.

Five different horses played the part of Secretariat in the Disney movie, with Trolley Boy being the lead star. 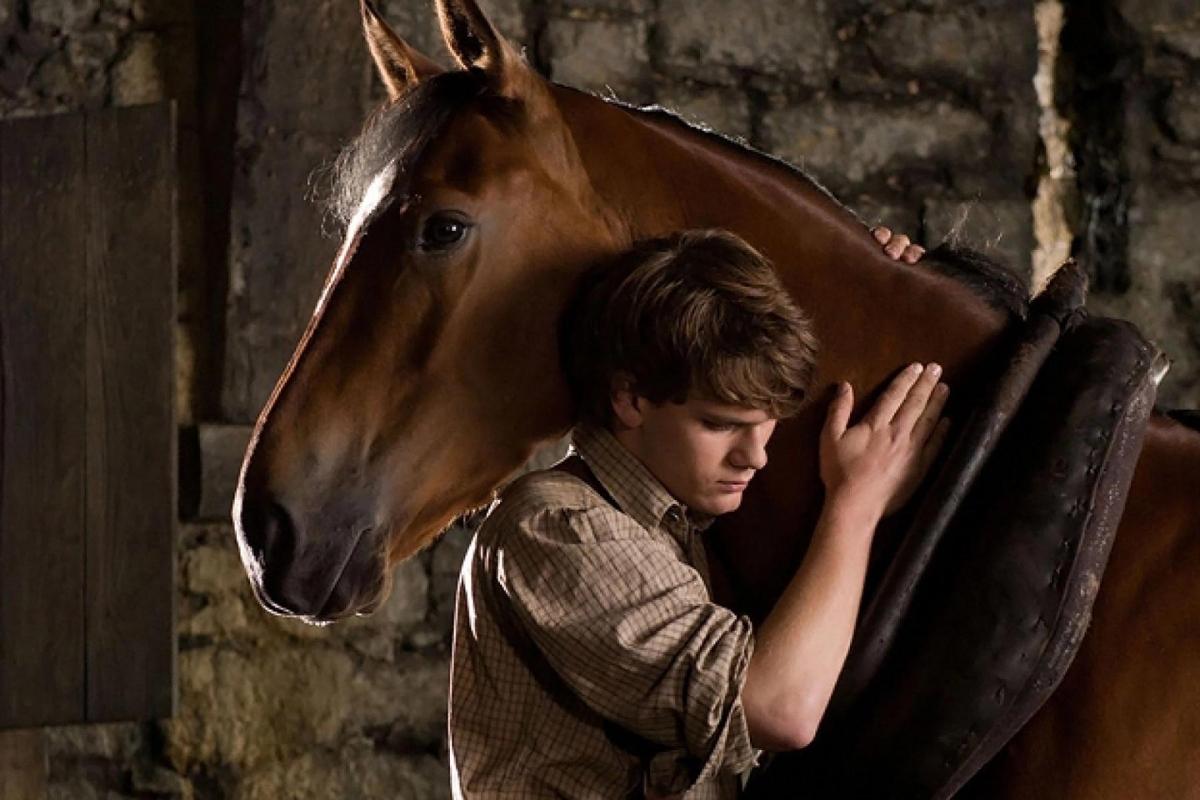 The horse Finder was one of fourteen that played Joey in Steven Spielberg’s 2011 film War Horse. He is also one of the horses that played in Seabiscuit; Bobby Lovgren trained Finder and Popcorn Deelites.

Shadowfax in Lord of the Rings

Shadowfax, the beautiful white horse that starred in the Lord of the Rings, was played by two Andalusian stallions, Blanco and Demero, and Don Reynolds trained them. 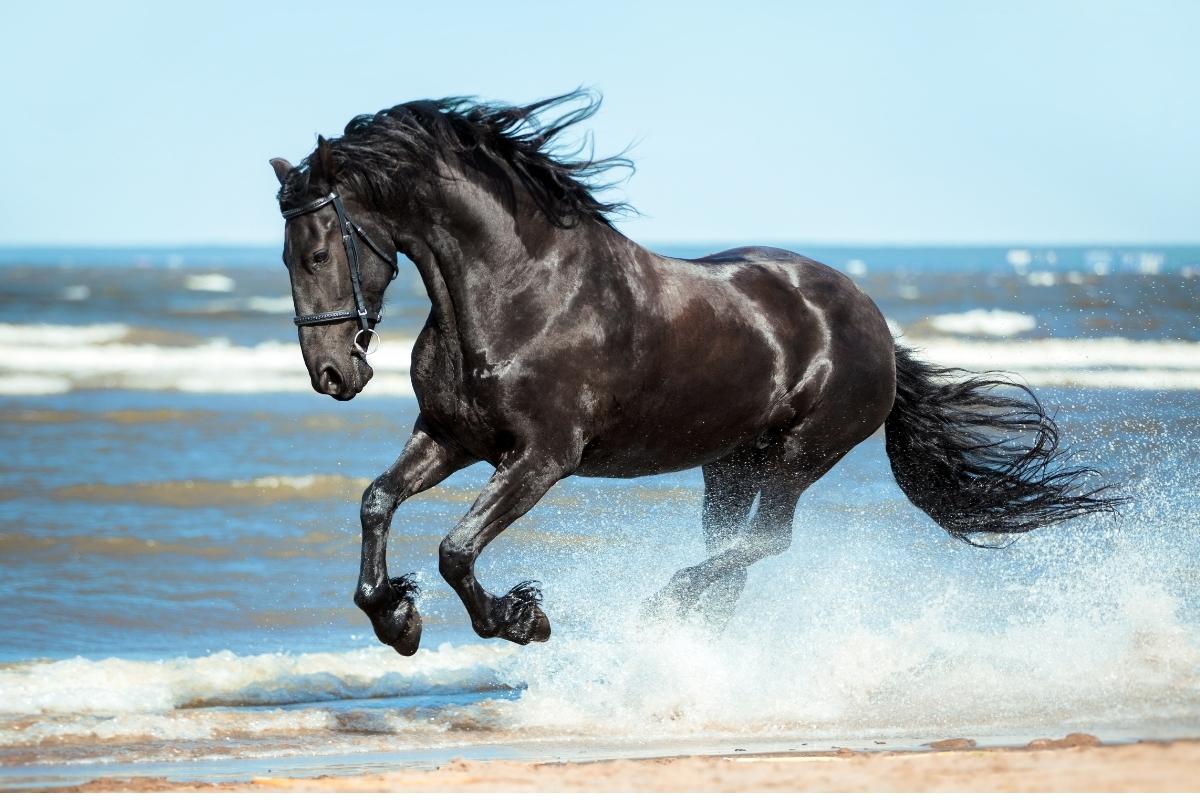 Black Beauty is another horse that stole our hearts. Its story shares love, loss, fear, courage, neglect, and triumph. In the movie, Black Beauty is played by five different horses.

One of them was Docs Keeping Time; he was a fifth-generation offspring of Seabiscuit’s rival, War Admiral. Another actor horse that played this role was Ginger, a fearless horse that was an exceptional actor and starred in Black Beauty, The Horse Whisperer, and Runaway Bride.

You can’t go without mentioning John Wayne when talking about horses in the movies. You could fill several barns with John Wayne’s horses. One of his favorites was Duke, and he had the script rewritten so he could mention his favorite horse’s name throughout the film.

So, when you watch the old John Wayne movies, watch for the ones that starred Duke and John Wayne riding off into the sunset.

Next time you watch a movie and the star is a horse; you will have a lot more to think about, knowing what it takes to get the horse able to perform on a set, the training, the life a horse lives, and the computers graphics that are helping to keep the beautiful horse safe.

A lot is involved in making a film that involves horses.