When you watch a film such as “Once Upon a Time in Hollywood,” or “Gangs of New York,” once you get past Leo DiCaprio’s brilliant acting, you probably notice the fabulous costumes.

The costume designer researches the background of the film’s script, drawing from its historical setting or its fictional location and time setting.

In the case of science fiction or fantasy films, the costume designer may meet with the author of the books forming the basis of the script and with the scriptwriter to gain insight into the film’s message.

In historical works, the designer conducts research using artwork and books to lea1rn what actual clothing looked like during that time period. The designer also determines what fabrics and other materials the designers and clothing tailors of the time used, so they can re-create those clothes accurately.

For an example of this, watch Henry V for its medieval European costumes or Much Ado About Nothing for its Renaissance costumes. Both films use plays by William Shakespeare as their script basis, but the former uses historical events as its basis.

Related to: Where Do Movies Get their Props?│Do Movie Stars Get to Keep the Clothes they Wear in Movies?

How do you become a costume designer? 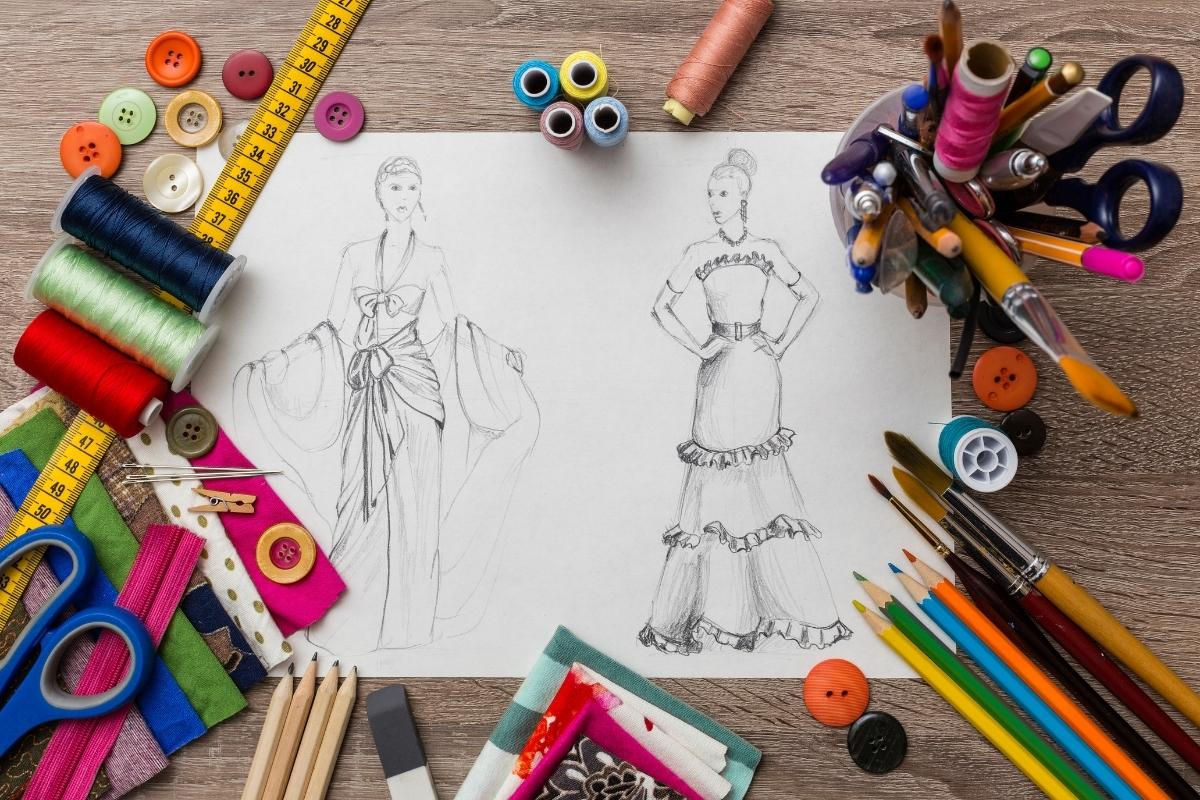 Most film costume designers earn college degrees before entering the field. A bachelor’s degree and a masters’ of fine arts (MFA) typify the study track taken by those who enter this field.

Some costume designers may instead study fashion design at a school that specializes in that field. You’ll find the most venerated of these schools in New York City, NY, and Los Angeles, CA, the two US hotbeds of filmmaking.

Typically, these designers work with a more experienced designer during their college years. Taking a sometimes unpaid position called an internship, they complete grunt work, as it gets called in film and theater.

The intern may get assigned the work considered too menial for the production assistants or personal assistants, but they get something immeasurable and necessary out of it. The intern meets people in the business and makes valuable contacts.

In film, they say, “It’s not what you know, but who you know.” That means that you can have little experience but an innate talent that shows and, if you can meet the right people, they’ll recognize the fact and provide you with your first job.

How you handle that first job shows whether or not you deserve further opportunities.

Some costume designers don’t go directly into film or theater. They may take a job initially with a fashion designer to learn the trade and build their contacts. A lot of carryovers exist between fashion and film, as evidenced by the makeup line of Max Factor, a makeup artist who founded a cosmetics line used in filmmaking.

Another example, the fashion designer Vivienne Westwood, began her career in fashion and crossed over into film costume design.

With whom does a costume designer work?

Although costume designers hold one of the highest positions in film, they must work their way up to it just as others do to their position. While the executive producer and the director head the film production, each has positions just under them that assist them in their duties – the producers and the assistant director.

See also  Ratings for “The Walking Dead” Continue to Rise, and Here Is a Sneak Peek at Episode 4

Any production meeting typically involves all of these leadership positions. The costume designer and set designer work closely together to ensure their designs work well together. In a historical film, they may share research to ensure that both designs use the same overall color scheme and period information.

Reaching those positions takes time and effort. Many eventual costume designers start out working as production assistants with job duties like fetching coffee or guarding the outside door to a set to make sure nobody opens the door during shooting.

They sit there in the rain, snow, and blazing heat just to get a chance to get another job on another film to work their way up.

The Job of Costume Designer During a Film 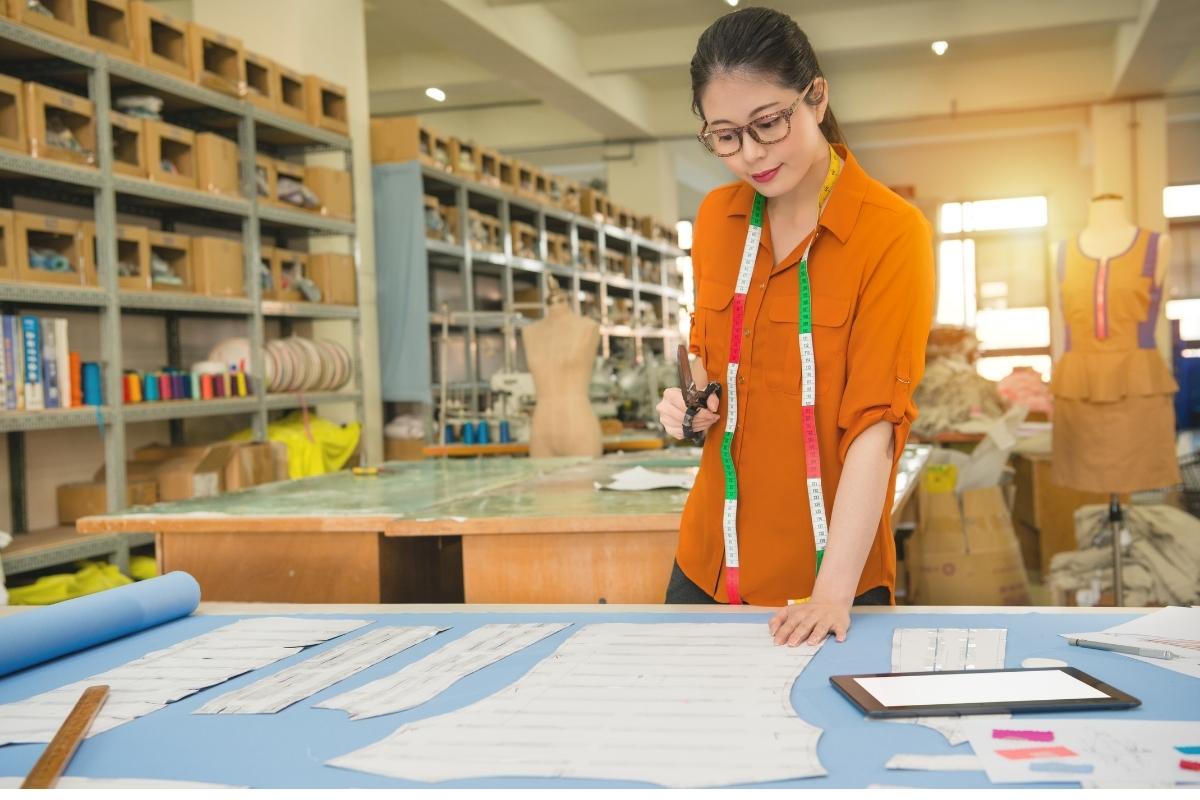 The job of a costume designer begins before the film shoots its first frame of footage. The designer meets with the other leadership positions who will work on the film in pre-production meetings.

During these meetings, they decide the vision of the film, the shooting schedule, and ideas for whom to cast in various roles. Locations and potential sets also get discussed.

During this time, the costume designer conducts the wardrobe research, and designs the costumes, either drawing them by hand or in a digital sketching app. They then draw and cut patterns, buy fabrics and materials, and cut and sew the fabrics to make the costumes.

They may need to make shoes, handbags, satchels, etc. as well.

All of these items must be finished before shooting begins but sewing can’t begin until the casting finishes unless the designer and casting director agree to cast by size. That means they’ll cast the roles according to specific clothing sizes in addition to age ranges.

When the costumes need to be made ahead of time, the casting calls may also include notations, such as “US size 6 to 8” or “slight, athletic build.” Height and weight requirements sometimes accompany a casting call. This all ensures that the actor or actress can fit into the costumes as they’re crafted.

The costume designer often consults on the fittings for the costumes, as well. They may or may not do the actual fitting work, depending on the size of the production, but they’ll meet the cast and be present to manage their assistants, wardrobe stylists, and wardrobe fitters as they handle taking in the costumes to ensure a perfect fit.

The costume designer may also continue working on the production during its shooting period. They have one of the longest and most arduous jobs of any individual on the film or television set.

When the director wraps the film production, meaning ceases the production because they’ve shot everything they need, the cast and the costume designer get to go home.

The costume designer likely has another project already in pre-production though since in this very competitive field few individuals work at the top – Hollywood films and New York City (SoHo and Tribeca) films.