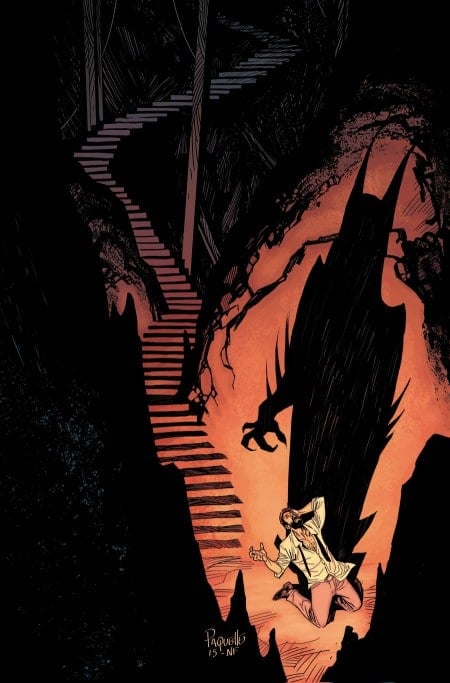 Ever since Scott Snyder and Greg Capullo revealed that an amnesiac Bruce Wayne was still alive in Gotham City, “Superheavy” has been building to this issue. Whether it was seeing what a Bruce Wayne could be like without the trauma of his parents’ death hanging over every action and decision or the park bench conversation with someone who may or may not have been the Joker, Snyder, and his artistic cohorts have been hurtling towards the return of the one and only Batman. But the question was always going to be how were they going to get there. The story that began when James Gordon first donned a Batman suit has been how was Bruce Wayne going to get it back. And for that task, Snyder, joined this issue by co-writer James Tynion IV and artist Yanick Paquette, demands that those closest to Wayne be the co-conspirators in the return of Batman.

Snyder and Tynion IV tell the story of the post-”Endgame” Bruce Wayne but they also mirror that against the stories of other Bruce Waynes, ones from future and alternate reality, who also have to return to the cowl in their worlds because they’re needed by Gotham City. One of these alternate Bruce Waynes is even in partnership with the Court of Owls and Joe Chill, as they guide and support him in his work to protect Gotham. But the story of the real Bruce Wayne comes down to him and his ever faithful Alfred in the Batcave with the technology to restore the memories and trauma of the past to Wayne to give Gotham its hero back.

See also  'Batgirl' #42 is superhero comics at its liveliest 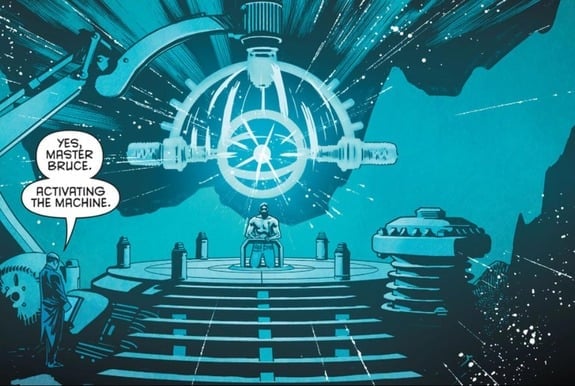 Paquette, the artist on a handful of Grant Morrison’s Batman Inc. stories, steps back into familiar territory drawing these other-worldly variations on classic cape and cowl design. His rugged, earthy storytelling makes the various layers of Snyder and Tynion IV’s story work. Recalling his past affiliations with the character, Paquette’s drawings provides a grounded surrealism as the story of Bruce Wayne jumps between various realities and incarnations of the character. Each of these glimpses into these other versions of the character feels like moments pulled out of alternate comics and stories that Snyder could have written in other circumstances.

This ninth chapter of “Superheavy” shows just how much this arc has been a Bruce Wayne story even if the first half of it primarily featured only James Gordon as Batman. Snyder and Tynion IV show here just why other men and women may wear a Batman suit but they can never be Batman. Gordon and Dick Grayson before him haven’t been sacrificed to Gotham City the same way that Bruce Wayne has been over and over again. Gordon was handed a Batman costume and a Batmobile so that’s why he calls himself “Batman.” Bruce Wayne became Batman when he was sacrificed at the altar of Gotham City by Joe Chill on the night when his parents died and Bruce Wayne has constantly been sacrificed for Gotham City and for Batman.

The Bruce Wayne who stepped out of “Endgame” is willing to offer himself as a sacrifice once again. but he needs someone to plunge the dagger into his heart. That falls to Alfred, the loyal butler but more importantly, the father figure in Bruce Wayne’s life. After finally seeing the man Wayne should have grown into being if his parents hadn’t been killed, Alfred is asked to be the final executioner of that Bruce Wayne. He has to kill his son for Gotham City. And when he can’t do it, another important person to Bruce Wayne steps up and does the deed. 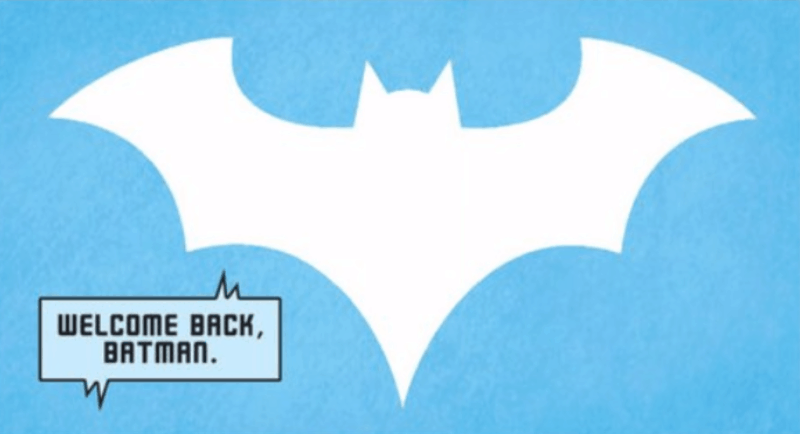 Wayne’s sacrifice for Gotham City is what echoes throughout the alternate realities that Snyder, Tynion IV, and Paquette illustrate. The idea of Bruce Wayne giving up his life in the name of Batman and Gotham City is the bonding agent in this issue as well as in Snyder’s whole run. As his Batman has been about the ways that Gotham City has kept its secrets from Batman, his Bruce Wayne continually runs into parts of his life that he has had to give up for the safety of Gotham City. And in Batman #49, he has to give himself up over and over. And worse yet, his closest allies and lovers need to sacrifice their Bruce Wayne as well. The tragedy of Scott Snyder’s Batman is front and center as Bruce Wayne pays the ultimate price to be Batman.