Ben Lawson is an actor whose popularity has risen since he was cast in the hit Netflix series Firefly Lane. This role has made him a household name but it is certainly not his first role. He has starred in many other shows, including the Australian soap opera Neighbours. He is one of five children in his family and his three siblings are brothers, including Josh Lawson who is also an actor.

Here are 25 more facts you may not already know about Ben Lawson.

1. He looks way younger than he actually is.

Ben Lawson may not look like he is in his 40s, but he is. His date of birth is Feb. 6, 1980, which means he recently turned 41 years old. The 80s was a great era for kids to grow up in and it shows since Lawson looks great for his age.

2. He was born in the land down under.

Ben Lawson was born in Queensland Australia and grew up in a place called Brisbane. It may be a small town but it is pretty well known around the world since it is the capital city of Queensland and is located on the Brisbane River.

3. He is not just good looking 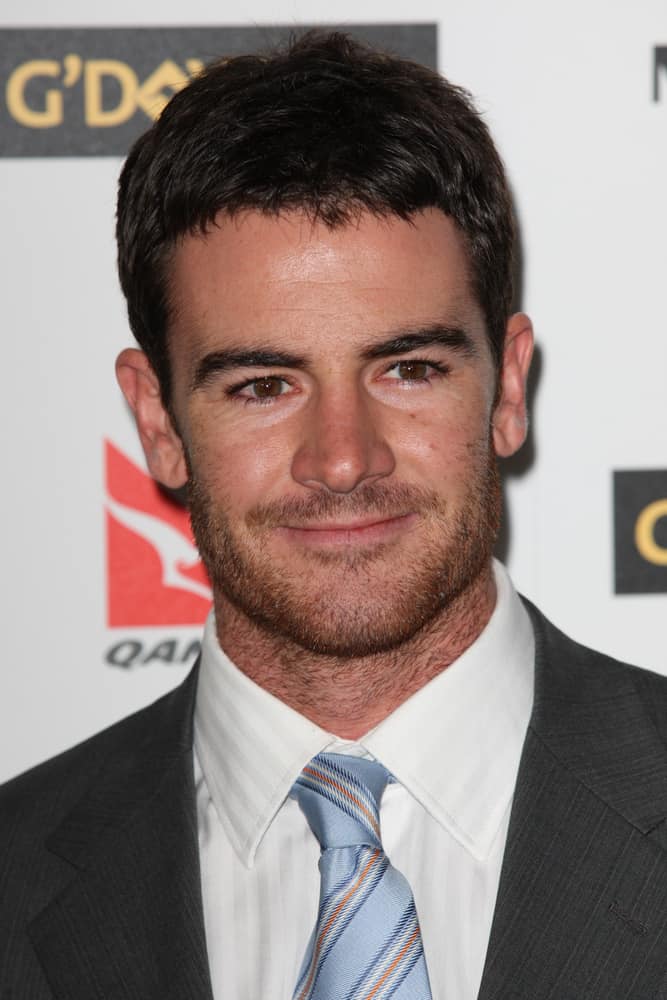 Ben Lawson is not only a heartthrob to many, he is actually very smart and graduated from the National Institute of Dramatic Art. He was also a student at St. Joseph’s College at Gregory Terrace.

4. He is part of a large family

Ben’s parents have a total of five kids, all boys, and Ben is the third born so he is a middle child. His younger brother, Josh Lawson, is also an actor.

He was cast on the hit Australian soap opera series “Neighbours,” towards the beginning of his acting career.

6. His Brother is Famous Too

Ben’s brother, Josh Lawson, and the pair of siblings starred together in the 2019 film called “Bombshell.” Ben played his brother’s brother in the movie which is a fun little tidbit. It was probably not the most difficult role either of the actor brothers have ever had. Josh Lawson has appeared in guest star roles in popular Australian television programs, including, Blue Heelers and Home and Away.

He is also well-known for appearances he has made on the improv comedy program, Thank God You’re Here, and on the Australian dramas, The Librarians and Sea Patrol. In the United States, people may know him from the television commercials has been in, such as the ones he has acted in for Coca-Cola Cherry and Gold Class Cinemas.

7. Not his First Role 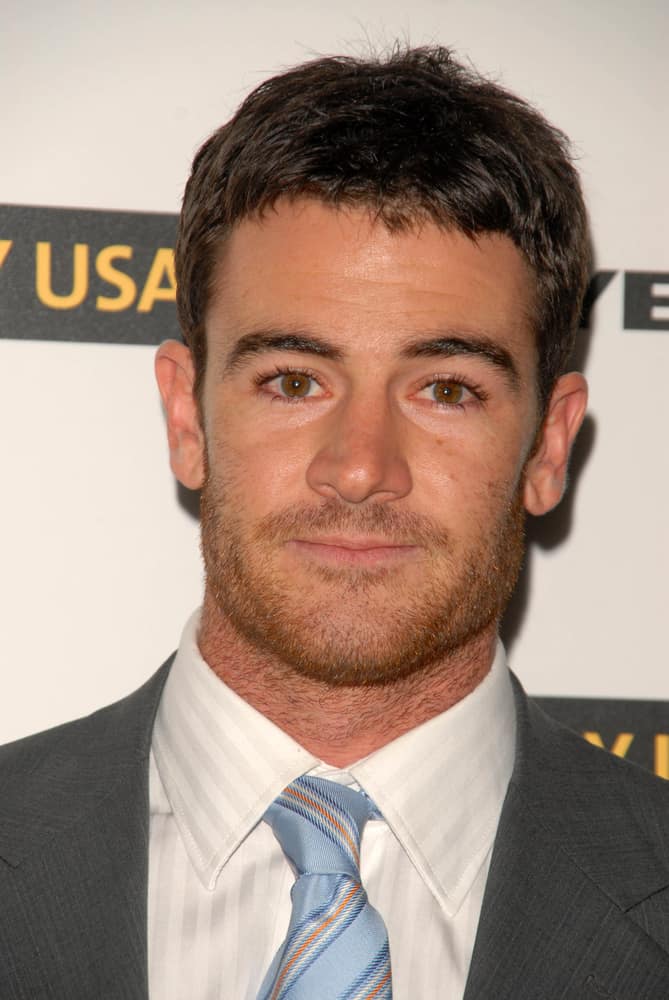 Before taking on the role of Johnny Ryan in Firefly Lane, Ben Lawson was a featured actor in Designated Survivor, playing the main role of Damian Rennett. One of his earliest movie roles was when he played the role of Bud in the movie Silent Hunter. In 2011, he was cast in two different movies.

He played Sam in No Strings Attached and Richard in a short film called, In Loco Parentis. In 2014, he secured the role of Glenn in The Little Death and in 2015, played the role of Joshua Redlich in Now Add Honey. The year 2016 brought with it the role of a Man in the short film, Keep the Chocolates while in 2019, he starred as Brandon in the movie, The Way We Weren’t.

In 2019, he landed a plum role as Lachlan Murdoch in the movie, Bombshell, which is said to be the story of Fox News and its original owner. He also had an appearance as Tim when an episode of 2 Broke Girls, titled, “And the Wedding Cake Cake Cake. He has had roles on other television shows, too, including Mulaney, Modern Family, Friends with Better Lives, Love Child, Secrets and Lies, Rake, Angel from Hell, and many more.

He played the part of DA Peter Garrett on Doubt, Coach Rick Wlodimierz in the Netflix drama, 13 Reasons Why, and the role of Larry Hemsworth on The Good Place in 2018. In 2019, he had appearances as Oliver in Dollface and Clay Fox in Heartstrings. In 2016, he had a guest spot as Mikey on Billions and in 2017, he played William Stillman in the episode, The Seven Year Itch, on the show Grimm.

Ben Lawson also garnered the role of Longfellow in the movie, Everything I Ever Wanted to Tell My Daughter About Men which is now in post-production. Yes, Ben Lawson has been a pretty busy and working actor during his career so far and there is much more to come.

8. The accent is real

Ben Lawson does not have to fake the Australian accent he has in his role of war correspondent turned into family man Johnny Ryan on Firefly Lane since he really is from Australia. Not only does it make the role even more authentic, his fans love his Australian accent, especially his female fans, who also enjoy the fact that he is still single. One can dream, right?

9. He has Worked With other famous actors before Firefly Lane

Before garnering his role on Firefly Lane with such great actors as Sarah Chalke, Katherine Heigl, Roan Curtis, and several others, Ben Lawson has worked with several other famous actors and actresses, including Ashton Kutcher and Natalie Portman. he worked with both actors when he starred in no strings attached with them in the movie, “No Strings Attached.” 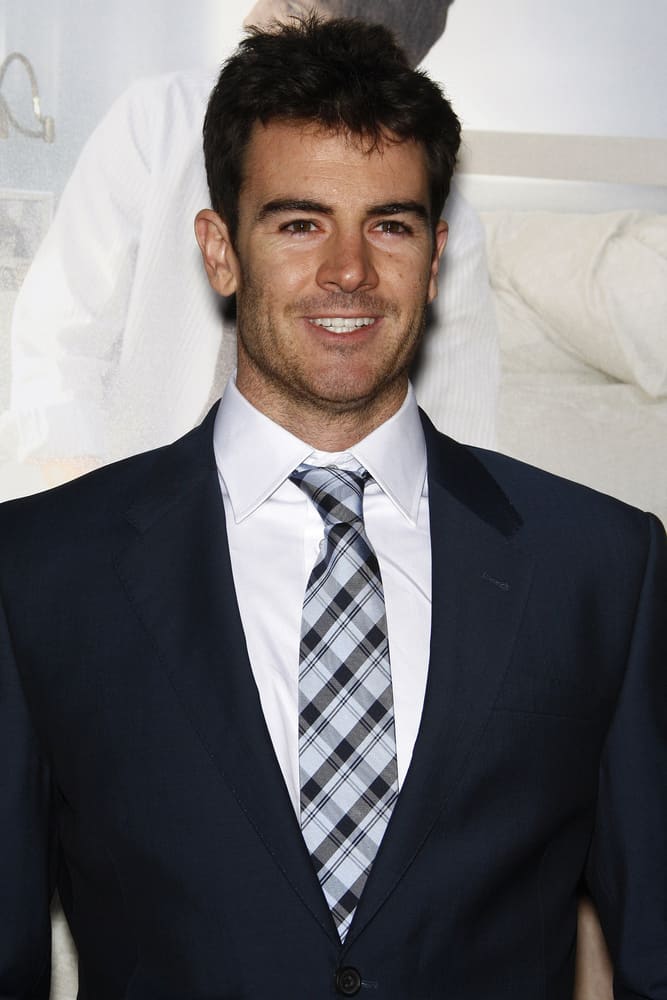 Even though his fame has propelled him into the spotlight, Ben Lawson is a very private person and does not share everything about his life. He does enjoy sharing some stuff with his fans but he is very aware that other things should be left at home. He values all of the facets of his private life and manages to keep his personal life and public life very separate.

11. He is Very Thoughtful

Ben Lawson is an Australian actor who is also somewhat of a giver in the fact that he likes to give back to others and help them out. Recently when the black summer bushfires were devastating his home country of Australia, he knew he had to do something. He wrote a book of poetry, To My Country, and then donated all of the money he has made from it to the Koala Hospital which fans view as pretty amazing.

Many people recognize Ben Lawson for other roles he has been in before he landed his current role in Firefly Lane. He has starred in many other famous television shows and movies, including Designated Survivor, Don’t Trust the B in Apartment 23, 13 Reasons Why, and others.

The famous actor, Carey Grant, is Ben’s idol and he has always looked to him as a master when it comes to acting.

Ben moved to Los Angeles in 2008 to kick off his American acting career. He has traveled extensively, though, since he heads back to Australia often to see his family and friends and also travels to various locations where he is shooting a movie, television show, or Netflix series. 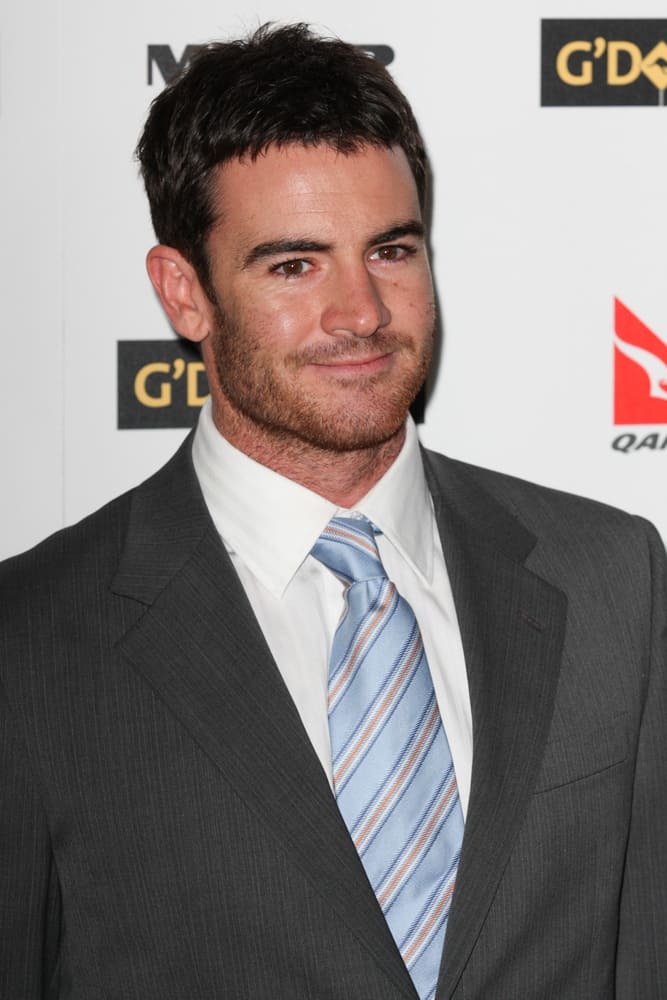 Many fans are happy when they learn that Ben Lawson is a single guy and not married, and does not have children yet. His good looks, thoughtful and generous manner and the fact that he is still single make his female fans swoon even more over him.

16. In 2019, Lawson landed the role of Thomas ‘Clay’ Fox Jr. in Dolly Parton’s Heartstrings and has also worked with Kieffer Sutherland.

He enjoyed meeting and working with Dolly Parton and she has said that she loved working with him. She may have mentioned a few times what a great actor he is as well as how good-looking and personable he is too.

17. He stars in FireFly Lane with famous actresses Sarah Chalke and Katherine Heigl.

18. He likes to joke around with his co-stars on the set of the Firefly Lane series and has even paraded around with Kate’s fake pregnant belly on while on set which made for a very funny break from shooting the show. 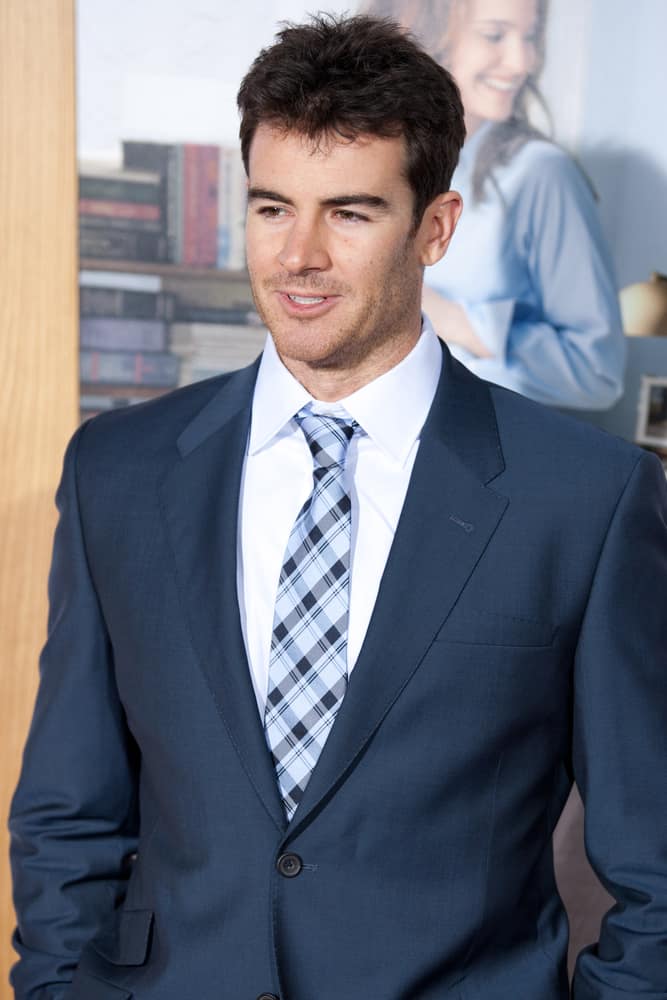 20. He has starred on the Sydney, Australia stage in such productions as The Graduate and Stag.

21. He was nominated for a Logie Award in 2007 for the Most Popular New Male Talent for his role in the Australian soap Neighbours. 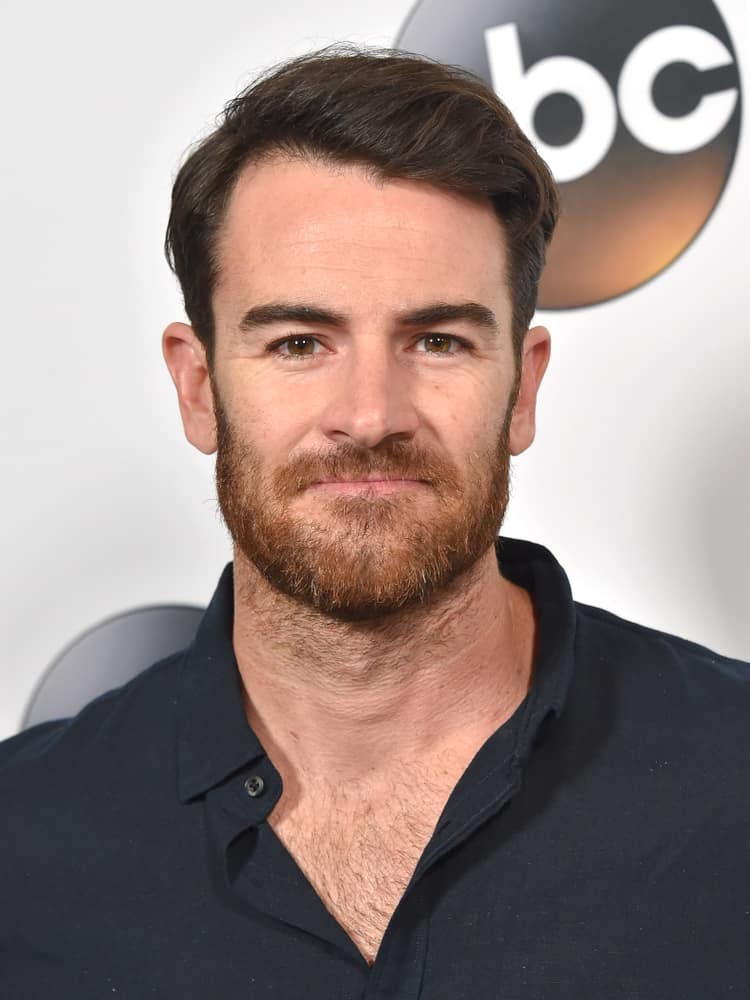 Some reports say it is a little less than that figure but when we are talking millions of dollars, let us just say he is pretty well off right now.

23. Many people think he is dating someone if they are seen out together and both are single.

This may or may not be the case but we will never know because he keeps his love life very private.

24. He played the role of Frazer Yeats in the Australian soap opera Neighbours and played Rick Wlodimierz 13 Reasons Why which is also a Netflix series.

In that series, he starred alongside newcomer Katherine Langford, a fellow Australian who plays the role of Hannah Baker in the hit show, along with Dylan Minnette as Clay Jensen, Brandon Flynn as Justin Foley, Alisha Boe as Jessica, and Ross Butler in the role of Zach.

25. He loves his parents and brothers and enjoys spending time with them when he is off work.

His parents are very proud of everything he has accomplished in his career and in his life in general. He has a bright future ahead of him too.