James Bond #5 gets the adrenaline pumping in the leadup to the concluding issue of the VARGR storyline. What could have been a meandering 24 pages of explanations, revelations, and set-up is really an action-packed, brisk read with critical tidbits communicated so the reader knows where Bond will be heading for the final lap of his mission, and why.

Everyone knows that Bond survives his missions. He isn’t the sort of character franchises kill off only to resurrect a few months or years down the road. 007 is, essentially, immortal, but without the cheap shock value of ‘deaths’ that will clearly be reversed shortly thereafter by fantastical means. Part of the fun is witnessing how he remains alive despite the odds, with special joy provided in discovering how he flees traps laid out by his enemies. 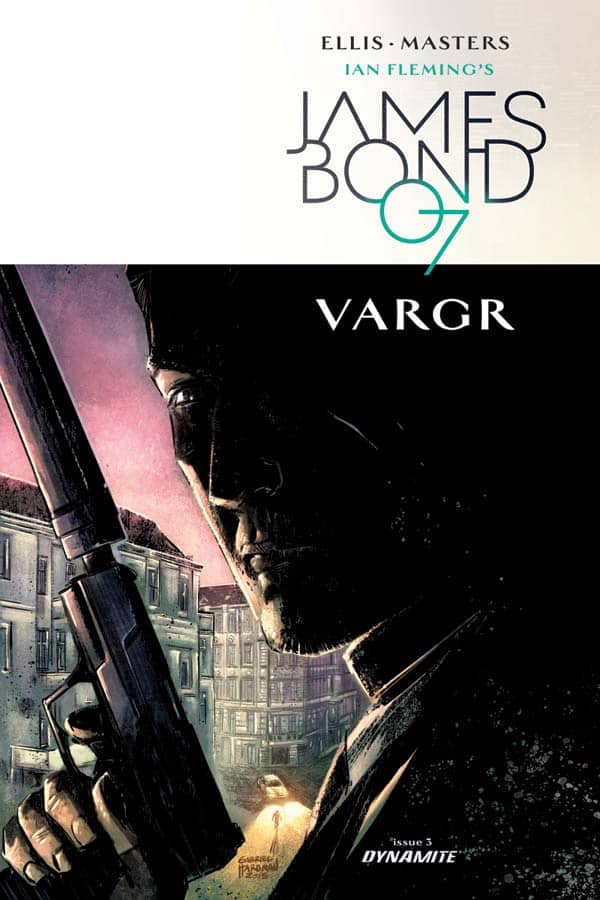 ‘James Bond 007: VARGR’ #3 dispenses with the pleasantries in favour of action Read More »

It is interesting to note that the second and presumably final issue predominantly concerned with exposition arrives in December. Fans have been given two months to test the waters with the new series, get into the exceptional artwork, see Bond do his thing just a little bit and take in a fair amount of exposition. One gets the underlying sensation that by issue 3, which arrives in early January, things will really start flying…or exploding…or doing whatever crazy things Bond is best known for. Ellis and Masters have our attention. In the New Year it will be time to deliver the goods. 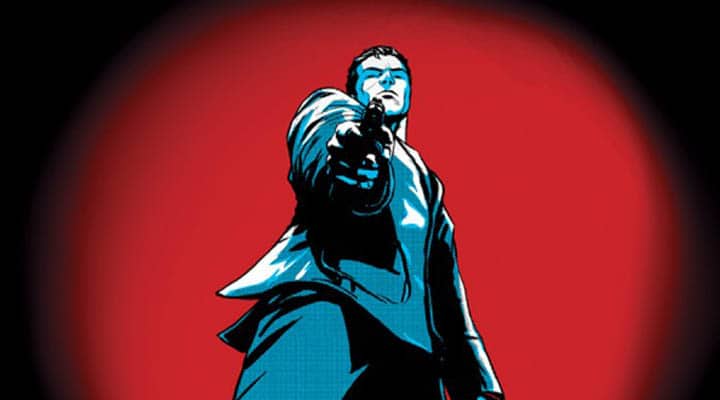 To say that the level of anticipation surrounding this book in the Bond fan community was high would be an understatement. Warren Ellis, a celebrated writer who has co-created fantastic original works as well as thrown his hat into the Marvel ring a few times, was a huge coup for Ian Fleming Publications. What would Fleming’s Bond transported to modern day be like? 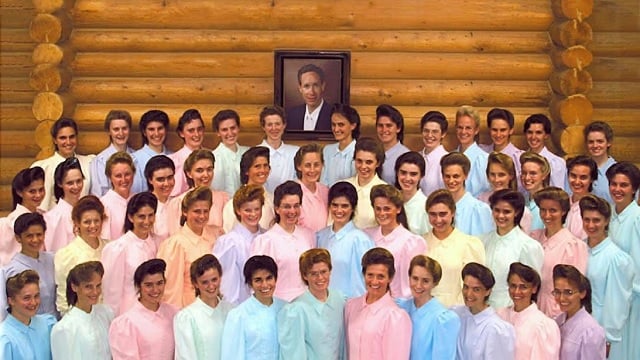 Documentarian Amy Berg has, over the course of her career, … 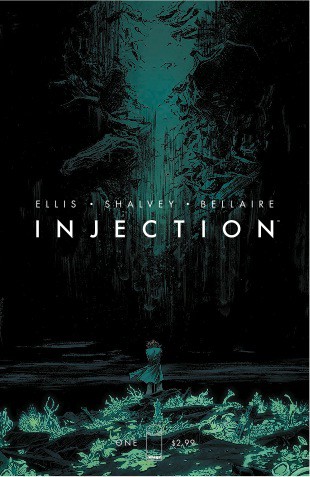 The team of Warren Ellis, Declan Shalvey and Jordie Bellaire has struck again. Hopefully, they will stick together beyond their last brief, but brilliant six-issue arc on Moon Knight, as the early signs of Injection are very positive. The creative team has once again succeeded at planting the seeds of a very mysterious and intriguing premise. Hopefully once the seeds start blooming, some pretty unexpected floral arrangements will appear. With Warren Ellis scripting, there shouldn’t be any less an expectation. 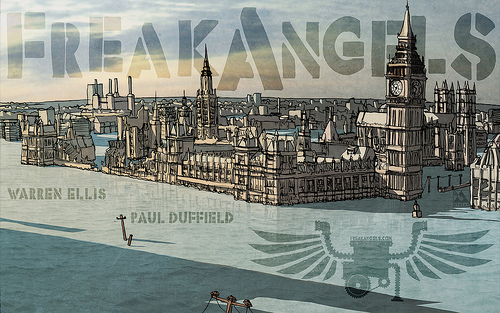 Comics can touch our lives in interesting ways. A college …

The Webcomic That Inspired Me: Freakangels Read More » 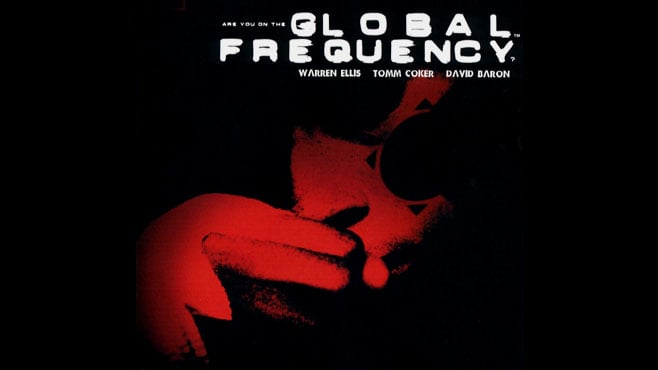 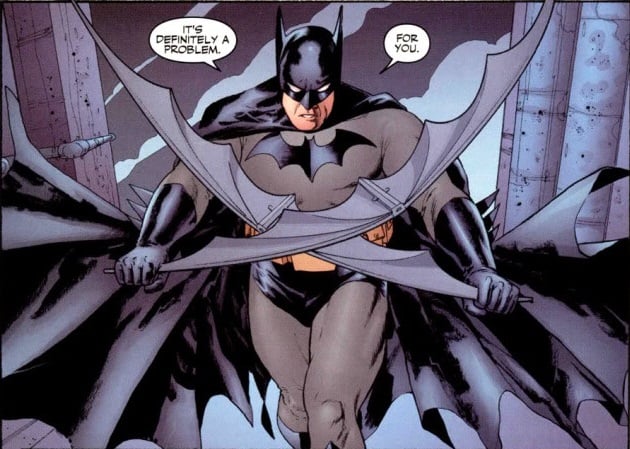 In the pantheon of unarguably great comics, Warren Ellis’ Planetary holds a permanent seat, being both devilishly clever in its premise and magnificent in its execution. For some 27 issues Ellis, along with artist John Cassaday (with occasional help) opened the chest cavity of 20th century genre fiction, performing the most reverent, respectful and gleeful autopsy known in either fiction or reality. Pulp adventure crimebusters, comic book superheroes, kung-fu cinema, Kaiju Eiga, and more came under Ellis’ knife, both tied together in one beautiful circulatory system and carefully extracted and brought gleaming like new into the light of day. There was also one issue with Batman in it, and it kicked a lot of arse. 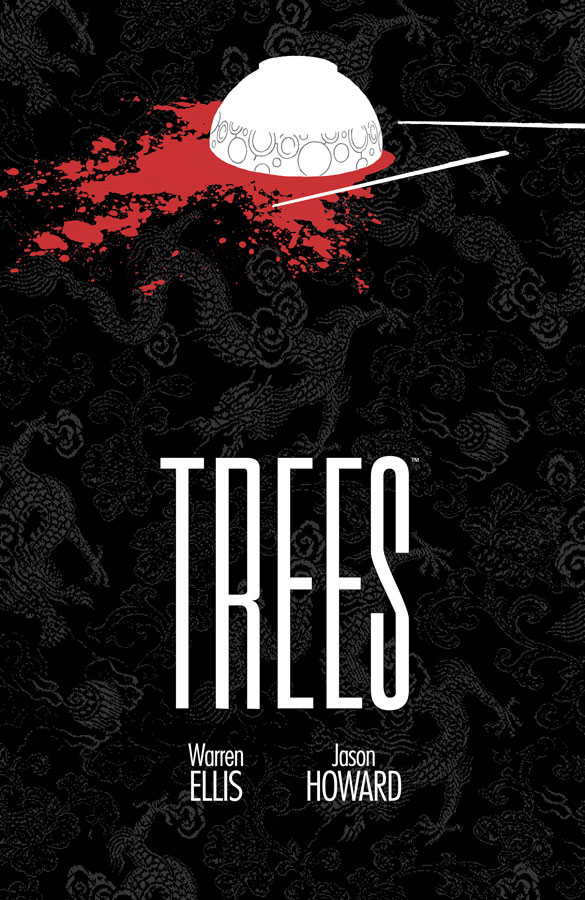 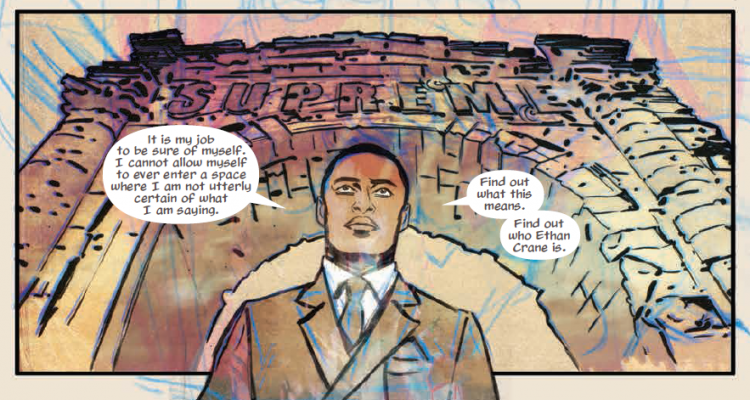 Supreme is a long-running and infrequently reprinted Image comic created by Rob Liefeld and with an acclaimed run by Alan Moore that has now been revived by Warren Ellis. For those who haven’t read it, it was sort of a take on Superman. Supreme’s revival is almost more of a reimagining to help familiarize new readers with an old premise. Warren Ellis’ writing style and Tula Lotay have given this well-regarded series a fresh new face and an interesting, dream-like feel to it. 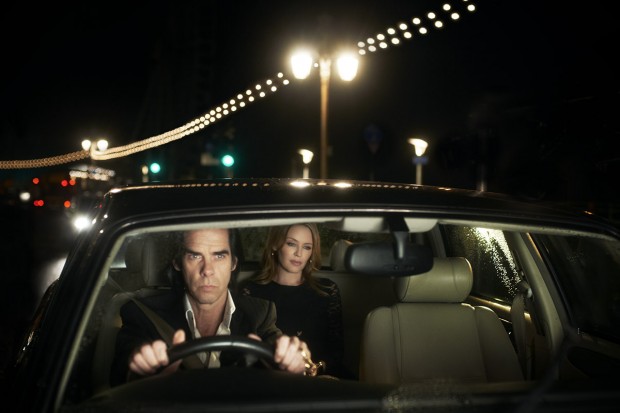 20,000 Days on Earth is an apparently “hard to classify” documentary-fiction hybrid about Nick Cave, the Australian rock musician and songwriter who has also dabbled in acting (Ghosts of the Civil Dead…), novels (And the Ass Saw the Angel, The Death of Bunny Munro), film scores (The Assassination of Jesse James by the Coward Robert Ford), and screenwriting (The Proposition, Lawless). 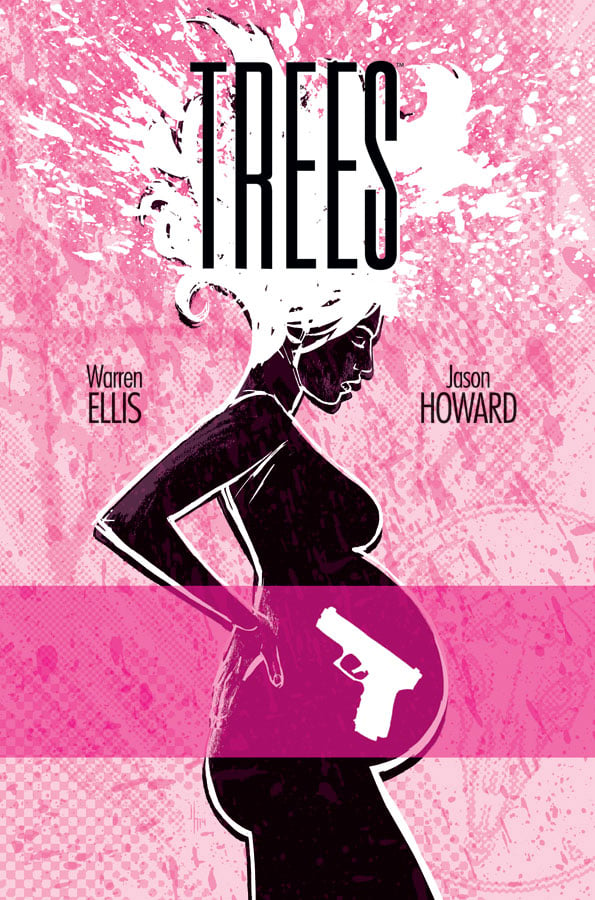 Trees might finally be starting to go in a specific direction, but it’s continuing to do so very, very slowly. This comic is not heavy on action, or even particularly interesting dialogue. If you’re looking for a one-sentence summary, it would be something along the lines of “A young woman follows an old man around town, and a woman tells her artistic neighbor to get out more.” 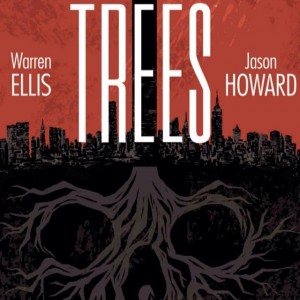 We are living in the midst of a boom in good Science-Fiction comic writing. Trees is the latest Sci-Fi story from acclaimed author Warren Ellis. The comic book deals with the discovery of alien life, or more specifically, the fact that alien life doesn’t regard humanity as being particularly significant. The book takes place in three different locations and examines how human society has been shaped and changed by the presence of intelligent life that has, quite literally, been placed smack-dab in the middle of our civilization. 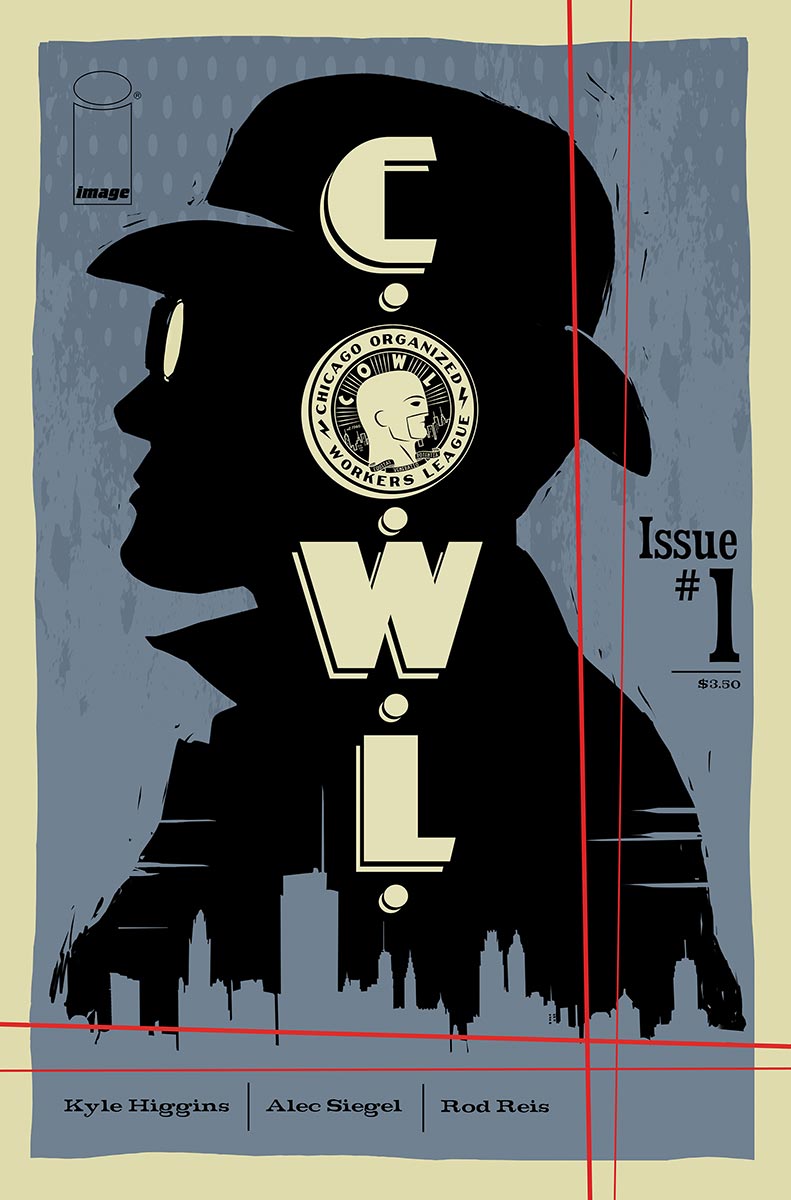 C.O.W.L. is a comic book that combines crimefighting with the politics of organized labor. The comic borrows characters, setting, and ideas from Kyle Higgins’ earlier comic The League. There are elements of film noir at work here, both in the shadowy art style, and the mystery that is unfolding in the comic. The book certainly has all the elements of a solid mystery: set in a city known for powerful players and corrupt politics, a dead man with dangerous information, and people with reasons to be paranoid. 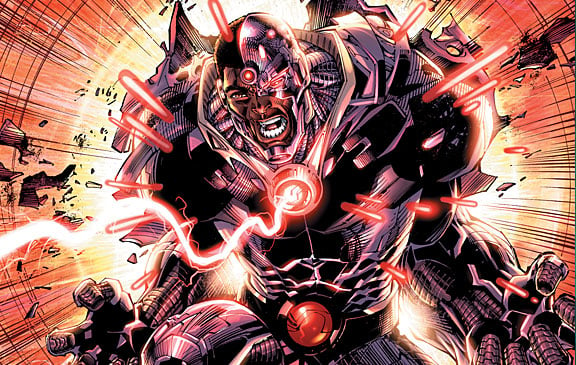 With the announcement of the upcoming Damian: Son of Batman and Sinestro Corps …