The official announcement for the last wave of films screening at this year’s After Dark Film Festival was made last tonight on Canada’s SPACE Channel. Making the list is the new film by Jason Trost titled Vs. about, “four Super Heroes who find themselves abducted by their Arch Nemesis and are forced to compete in a series of challenges in order to save an abandoned town full of kidnapped innocent civilians”. I’ve heard great things about this film from some lucky few who have already seen it, and considering I was a huge fan of the director’s previous film, The FP, Vs. is at the top of my list of things to see. Also announced is Mike Flanagan’s Absentia, which we raved about, a while back on episode 25 of the Sordid Cinema podcast. Some Guy Who Kills People also make the cut. I highly recommend listening to our interview with both the director Jack Perez and the screenwriter Ryan A. Levin found on episode 26 of the Sordid Cinema podcast. If that wasn’t enough to get you excited than add A Lonely Place To Die, one of the best action films of the year (listen to our review), as well as the Canadian indie hit thriller The Corridor which you can also hear a review of from episode 28 of the Sordid Cinema podcast. Also on the menu are some movies we here at Sound On Sight have not yet seen, but are very curious about. They include, War of the Dead by Marko Mäkilaakso, Midnight Son by Scott Leberecht (which according to Twitch, has drawn some comparisons to George A. Romero’s Martin), and Manborg by Steven Kostanski – who already has another film in the festival, Father’s Day. Closing of the list is The Woman by Lucky McKee, a film that cause a major stir earlier this year at Sundance but has since been sweeping awards across genre film festivals in Europe, and The Innkeepers by Ti West, which has had the entire S.o.S. Staff divided in opinion. Head over to this link to see the list of first wave of films announced.

Visit the official home page for the Toronto After Dark Film Festival. 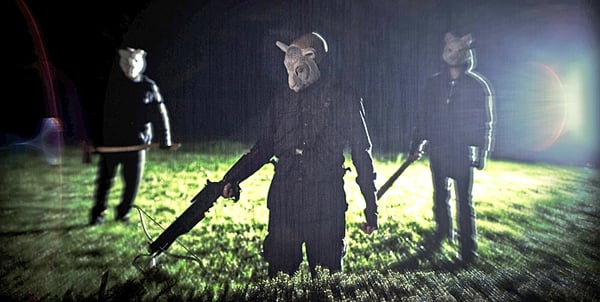