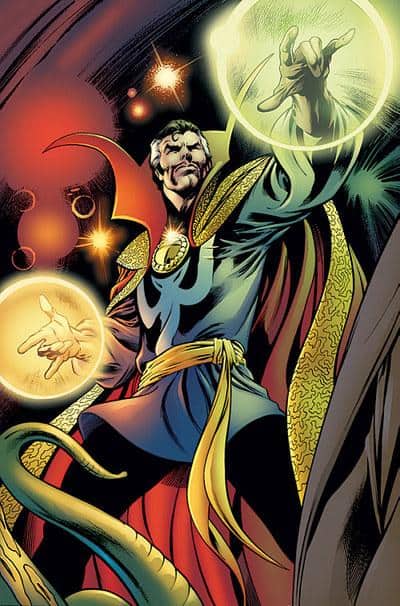 Although Doctor Strange won’t make his way to theaters until November 2016, Marvel has finally unveiled what its magic man will look like. In an exclusive spread in Entertainment Weekly, Benedict Cumberbatch’s take on the Sorcerer Supreme looks pretty much exactly like his comics counterpart.

This is both surprising and heartening. Adhering to the source material for the costume indicates that Marvel will embrace the more fantastic bits of the character, which is a big change for the studio to date. The Asgardians are largely considered magic and mystical in the comics, but the movies changed them to overpowered aliens.

With Doctor Strange, it looks like that will all change. The title character is one of the most powerful magic users in every dimension despite starting out as far from the mystic realm as possible.

Stan Lee and Steve Ditko debuted the improbably named Stephen Strange in Strange Tales #110. The character was originally a world-class surgeon, who patients trusted despite his name actually being Dr. Strange. After an accident left him with hand tremors, the doctor went to the ends of the earth to find a cure so he could salvage his ruined career.

This journey led to a meeting with the Ancient One, who was then Sorcerer Supreme. However, the Ancient One saw that Strange’s goodness was buried beneath egotism and greed. Despite that rejection, Strange confronted Baron Mordo during the latter’s attempt to assassinate the Ancient One, his mentor. Mordo cast spells on the doctor to keep him from attacking again or warning the sorcerer. In a bid to help in anyway he could, Strange became the Ancient One’s new apprentice.

It was during this time that audiences were treated to just how bizarre Strange’s powers and the world he inhabited were. Part of this was the artwork, which relied heavily on psychedelia and surrealism. Another key element was the use of Eastern mysticism that most American readers hadn’t encountered before.

Besides Mordo, the most notable antagonist to come out of Doctor Strange’s adventures was Dormammu. As the malevolent tyrant of the Dark Dimension, Dormammu’s accumulated vast magic and physical power in a bid to expand his reach beyond into all of existence. Strange foiled his initial attempts to cross over onto Earth, earning himself an immensely powerful nemesis in the process. Dormammu has ties to most of Marvel’s dark magic users and tends to work in shadows, preferring to manipulate others into summoning him to Earth rather than going it alone.

Beyond these solo adventures, Strange has been a key member of the Avengers in some capacity for decades. He’s been both a regular member and frequent dropout, mostly depending on how his own stories were playing out. Unlike a character like Wolverine who’s everywhere at once, Strange has been oddly limited to either serving on Earth or a mystical realm. (The irony of a sorcerer being unable to fight in two places at once while Wolverine can be on eight teams simultaneously is worth addressing later.)

Not surprisingly, Strange is most useful when dealing with magical threats or as a one-man library on all arcane matters 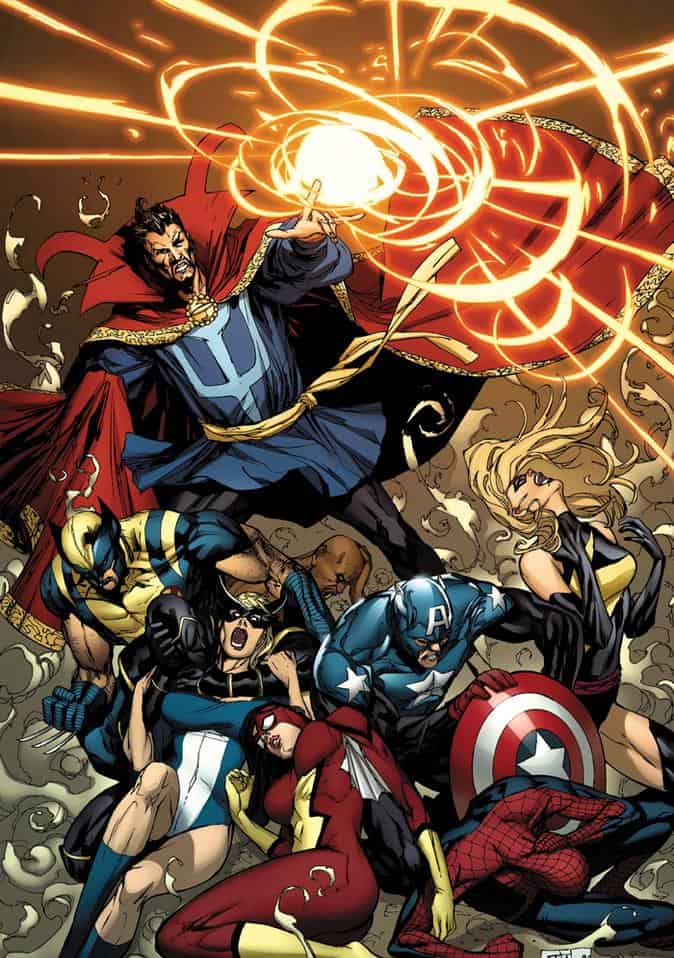 , explaining to the Avengers (and the audience) how powerful certain creatures and relics are to establish dramatic stakes.

Like Dormammu, he’s also much more of a background player and side character than his reputation indicates. Although he’s been Sorcerer Supreme for most of his publication history, Strange routinely appears as a supporting character or guest star in other heroes’ books. Notably, he also sat on the Illuminati with characters like Mr. Fantastic and Professor Xavier. In that cabal, Strange represented Marvel’s magic worlds and helped decide how to handle large events that could disrupt the status quo.

The contrasting portrayals of Stephen Strange make his film adaptation all the more intriguing. Surely his solo movies will be full of high magic and surreal action, but his integration other Marvel films could find the character watered down and pushed to the background like his comics counterpart.

Whatever the case may be, Doctor Strange will surely have a trick or two up his sleeve to keep the audience guessing and awed.