Documentaries have come a long way in the past twenty years, especially in the past decade. Ten years ago, I would have been at a loss for words had you asked me to name ten “great” documentaries released in a single year. Documentary film has developed into a popular and visible form of entertainment, while having a bigger effect on society, usually addressing important issues with the goal of informing the public and pushing for social change.

The shortlist of documentary nominees for the 84th Annual Academy Awards were announced recently. As expected, many bloggers have commented on their disappointment with the number of misfires. I doubt that these same bloggers have seen the majority of the films listed, so it is a bit unfair that they presume these 15 titles aren’t worthy of consideration. With that said, I can say that two of the best films I’ve seen this year have been overlooked: The Interrupters and Senna.

I’ve been going through our archives and asking the Sound On Sight staff what they consider the best documentaries of 2011. We haven’t seen all fifteen films eligible to be nominated for Best Documentary on January 24, 2012, but we’ve seen quite a bit. Below is a list of our ten favourite documentaries of 2011. It was hard to choose between the many great docs released, but we decided to narrow it down to ten, with one special mention that is not technically a documentary but close enough. There are many great films such such as Bill Cunningham New York, Project Nim, Being Elmo: A Puppeteer’s Journey, and even Errol Morris’ Tabloid that don’t appear, but I felt we should quickly give them a special mention along with Michael Rapaport’s Beats, Rhymes and Life.

Here’s our list Let us know if you can recommend any others. 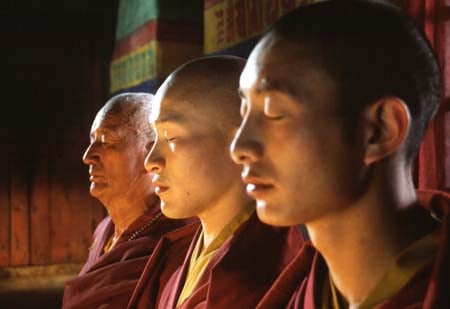 Covering TIFF has been a privilege for many reasons, but particularly for the opportunity to screen Ron Fricke’s awe-inspiring Samsara. The follow-up to 1992′s breathtaking Baraka, Fricke surpasses even that great film with an effort that can only be described in superlatives, and with what sounds like hyperbole, but isn’t. Like Baraka before it, Samsara is something akin to a human-centric, arthouse Planet Earth, surveying the globe in a series of astonishing, dialogue-free, 70mm vistas, and underscored by a mixture of traditional instrumental and choral music. Fricke further demonstrates his mastery of time-lapse imagery, a technique that invests even familiar sights – say a helicopter shot of an L.A. freeway – with a hypnotic, organic rhythm. That Samsara is instantly one of the most visually-stunning films in the history of cinema is reason enough to cherish it, but Fricke and co-editor Mark Magidson achieve truly profound juxtapositions, brimming with meaning and emotion. It sounds preposterous, but it’s true: In 99 minutes, Samsara achieves something approaching a comprehensive portrait of the totality of human experience. If you’re even remotely fond of being alive, Samsara is not to be missed. A succinct, if somewhat scattered, portrait of a journalistic (and cultural and political) juggernaut in flux, Andrew Rossi’s Page One seeks to accomplish a whole lot in its scant 90 minutes: determine the true severity of the threat to the newspaper industry; assess the strengths and limitations of internet journalism; depict life inside and around the hectic Times newsroom, and provide at least a basic biographical understanding of some of its more colorful denizens. .. (read the full review) 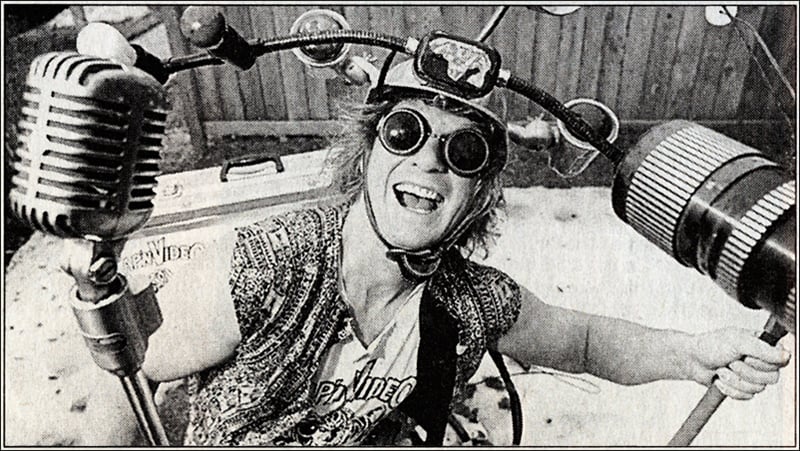 Most of the best documentary films are about outsiders, about people and events that exist within our society but reside in a fringe culture that most of us are unaware of or uneducated about. Whether examined for shock value, comedy, or in hopes of garnering some larger insight, outsiders have always been a staple, perhaps even a requirement, of engaging documentary film. From Errol Morris’ Mr. Death to Seth Gordon’s King of Kong, the best narrative documentaries revolve around subjects we can recognize as familiar enough to relate to in some way, but foreign enough to be novel and interesting. In Beauty Day, director Jay Cheel is fortunate enough to have found a perfect example of exactly that kind of compelling outsider and talented enough to craft more than just a voyeuristic look at his subject… (read the full review)

Listen to our interview with director Jay Cheel Like his previous documentaries, Grizzly Man, Lessons in Darkness, The Wheel of Time, Herzog is less interested in the obvious point of interest – the paintings themselves in this case – as he is in the people surrounding it. Alongside one of the scientists exploring the cave Herzog becomes fascinated with the idea of one of the ancient painters. Through scientific process and via his camera, Herzog tracks the movement of the man, putting the viewer in his position. The effect is a spellbinding trek through the caves where past and present are merged.

Cave of Forgotten Dreams is dreamlike, fascinating and unmistakably Herzogian. It continues the director’s search for the hidden things in life, whether those things be just below a farm, or back in an unknown and unreachable past… (read the full review) 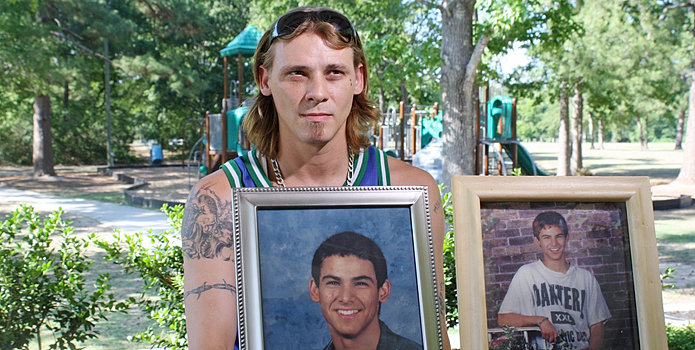 This is where morality comes into question. On the surface, it could be perfectly easy for someone to look at someone who’s committed this type of crime and feel no remorse at the thought of their imminent death. But Herzog has never been one to settle for the black-and-white, and does his best to show Perry (Burkett as well, but mostly Perry) not as some sort of sick monster, but as a real human being, who’s consistent bad decisions led him to where he is. It never quite asks us to feel bad for him, as he even admits that the mistakes were his. You can’t help but feel that though this is a terrible crime he committed, he’s still a person through, and he’s a person staring death right in the face.

Herzog voices his point-of-view early on in the film, but makes the wise decision of exploring both sides of the story. As a result, Into the Abyss becomes an emotionally devastating work of fact that probably won’t let you leave the theater with a clear-cut opinion. But when you’re working with this subject matter, it shouldn’t be any other way… (read the full review) 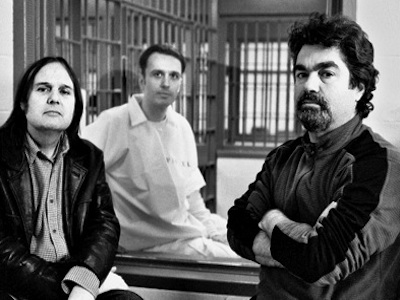 The cameras and filmmakers are plainly visible in Paradise Lost 3: Purgatory, the third, and likely last, documentary on the West Memphis Three from Joe Berlinger and Bruce Sinofsky. The two previous Paradise Lost films have been a major driving force in galvanizing the movement that has supported Damien Echols, Jason Baldwin and Jessie Misskelley since they were convicted of the horrific murders of three young boys in 1993. The documentary itself has become a part of the story, and here the cameras turn on the two filmmakers and their crew, without whom it is safe to say that new evidence would not have come to light that led to the three men being released form prison after 18 years and 78 days… (read the full review) We Were Here focuses on a few people who were in San Francisco at the time and right in the heart of the AIDS crisis that affected the gay community of San Francisco. As one of them says, they are here to tell their stories but also the stories of those that aren’t here anymore. The colourful personal accounts weave together to make up the heart-wrenching history of what was initially called “Gay Cancer.” The great strength of this documentary is that it lets those involved speak for themselves and presents us with an oral history. The one time the film gives us some facts on AIDS superimposed over the actions on screen, it feels out of place. After all, this is not a film about AIDS in general. It doesn’t try to summarize the entire history of this disease. Rather, it is a snapshot of a time and a place and the people that were there. Perhaps they were at the wrong place at the wrong time – or, as they would probably have it, at the right place at the right time, despite what happened to the community… (read the full review) 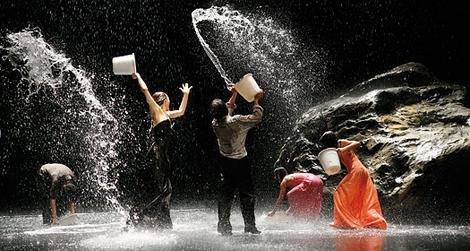 Written and Directed by Wim Wenders

Wender’s use of 3D is exquisite, done with great care to not just layer the image, but to actually project on screen the distance between the different dancer’s bodies that is so key to each piece. Many of the pieces incorporate natural elements – soil, water – into the action. In “Le sacre du printemps,” dancers writhe violently atop a think layer of dirt, kicking it into the air, turning the negative space between the groupings of performers – one male, one female – into a charged arena of sexual tension… (read the full review) It is tough to overstate the importance of urban design in a rapidly urbanizing world. Every single person who lives in a town or city has grappled with the issue, at least indirectly, at one point or another. Even my parents in rural Alberta are fighting an incoming housing development. We owe it to ourselves to be educated about something so vital to our quality of life, and Urbanized is a good place to start… (read the full review) Despite being almost unilaterally centered around an exceptionally technical sport, Senna manages to universalize its subject’s appeal without feeling reductive or simple-minded. Not unlike in the better entries of ESPN’s 30 for 30 series, sport itself is held here as simply an elaborate testing ground for the mechanics of human interaction; look deeply enough and you’ll spot relationships, hierarchies and prejudices as complex as the inner workings of any vehicle. Senna’s struggle with and against these “impure” forces forms the thematic crux of the movie. It’s very much to Kapadia’s credit that he’s able to communicate the universality of Senna’s life and work without resorting to cheap sentimentality. (At least, not often – the tear-jerking retrospective editing in the closing funeral sequence, while undoubtedly touching, smacks of open manipulation.) … (read the full review)

Steve James delivers his most ambitious project yet in The Interrupters, a tough and honest documentary that tells the moving and surprising stories of three Violence Interrupters who attempt to protect their Chicago neighborhoods from the violence they once employed, and reclaim their streets, one corner at a time, one person at a time. This weighty but auspicious look at how the CeaseFire movement is sweeping through the Windy City makes for a truly inspiring documentary. The Interrupters is impeccably crafted and edited, without the need of any post-production window dressing. Without even narration or talking head interviews, Steve James offers us an intense close view into the ghettos of a big city without overly dramatizing any of his subjects nor the violent situations he encounters. Each case proves emotionally overwhelming but more importantly has the power to inspire change and make you believe that change is possible. The Interrupters is possibly the most necessary film of the year – the most moving, the most tragic, and quite simply one of the best.